The U.S. lies a mere 60 miles away from this Russian village (PHOTOS) 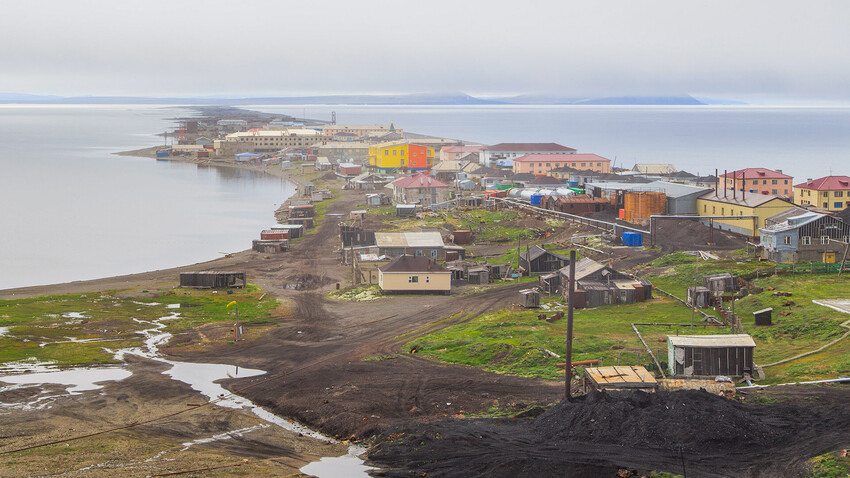 Legion Media
This scenic village is the easternmost inhabited settlement in the whole of Eurasia.

Known as Uelen, the settlement is located on a narrow elongated spit in the Arctic Ocean, a mere 60 miles away from Alaska. 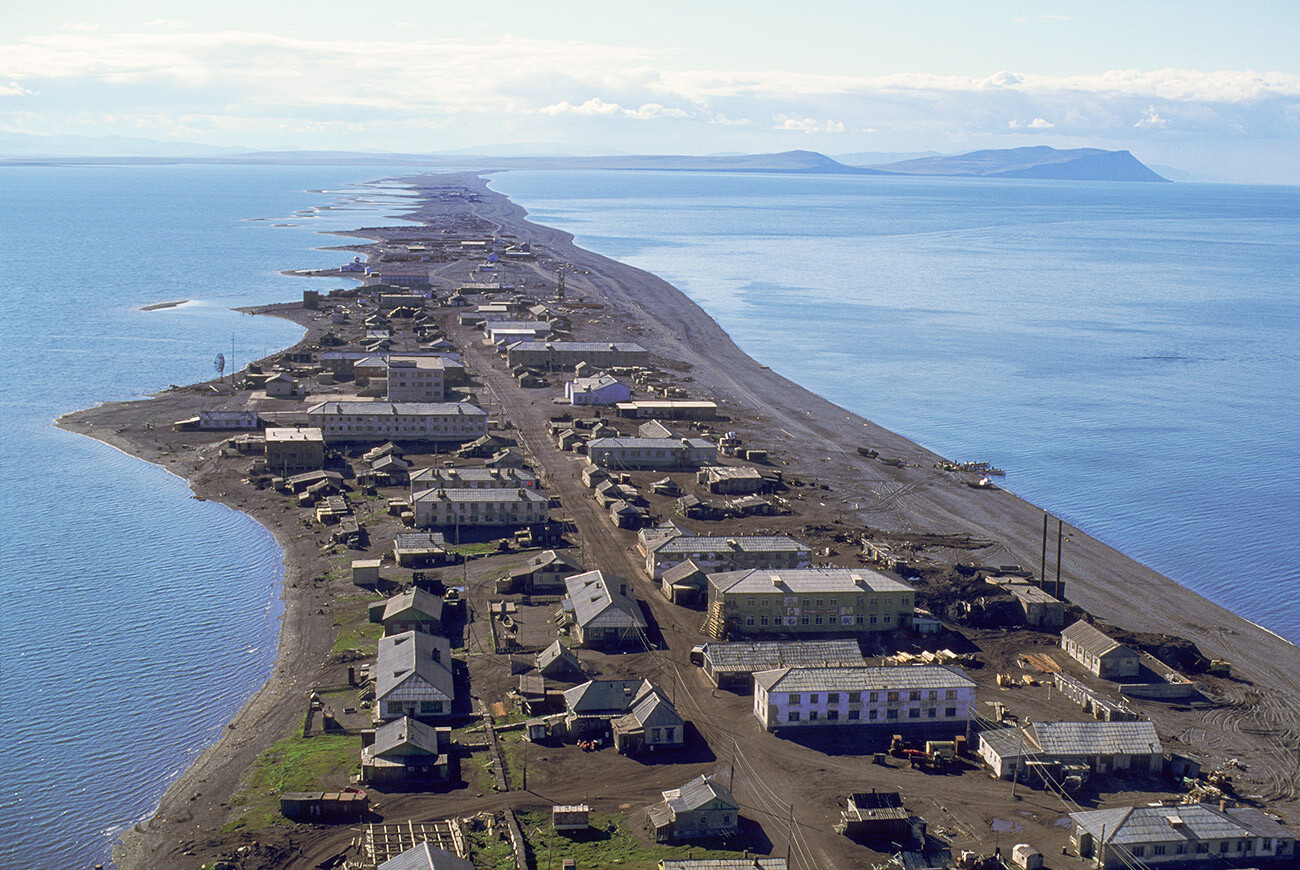 Currently, only 600 people live there. The residents are mostly engaged in whaling, fishing and decorative bone carving. 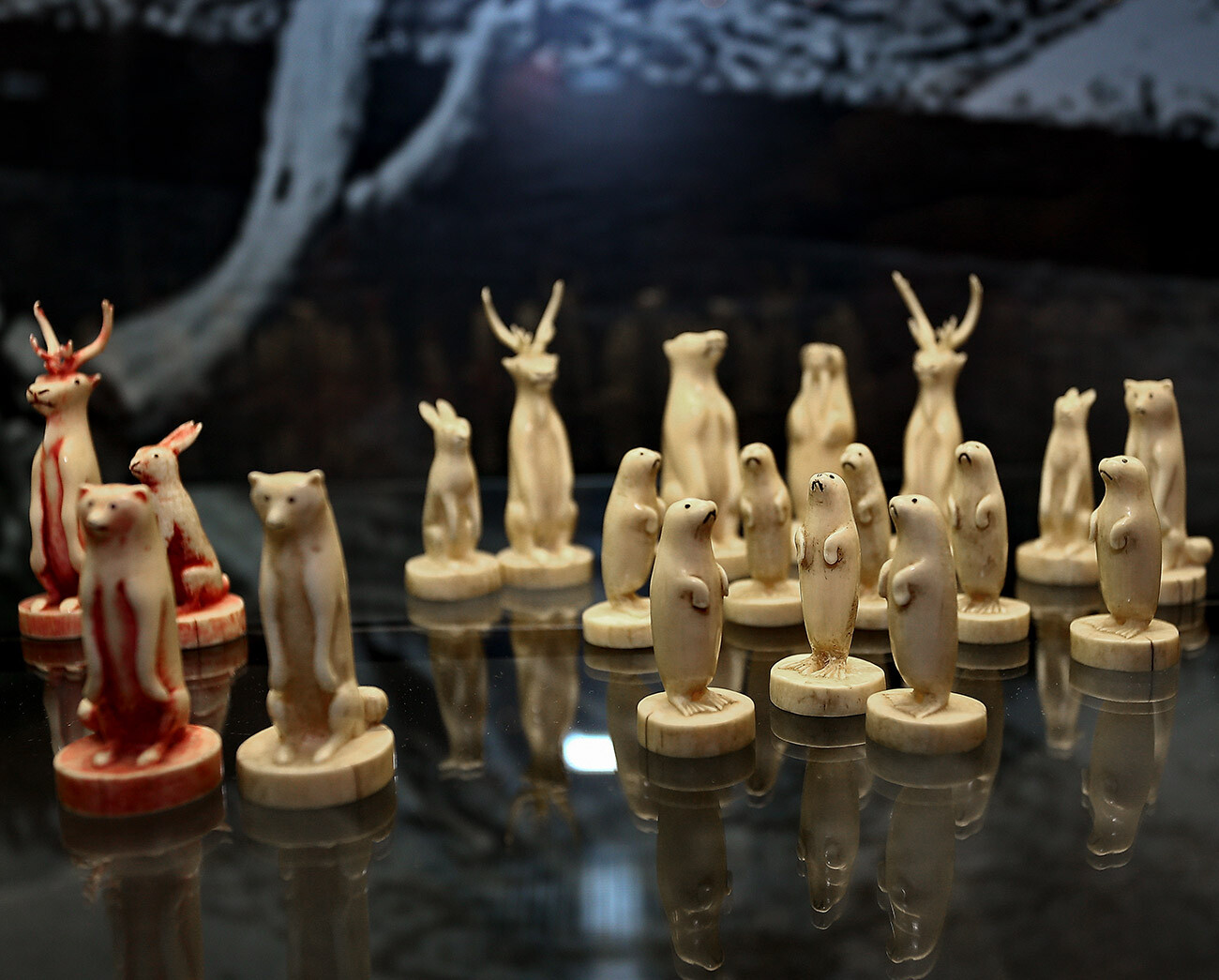 This remote village stands on the intersection of the two oceans - the Arctic and the Pacific. It is located on Cape Dezhnev, the easternmost mainland point of the Russian landmass. 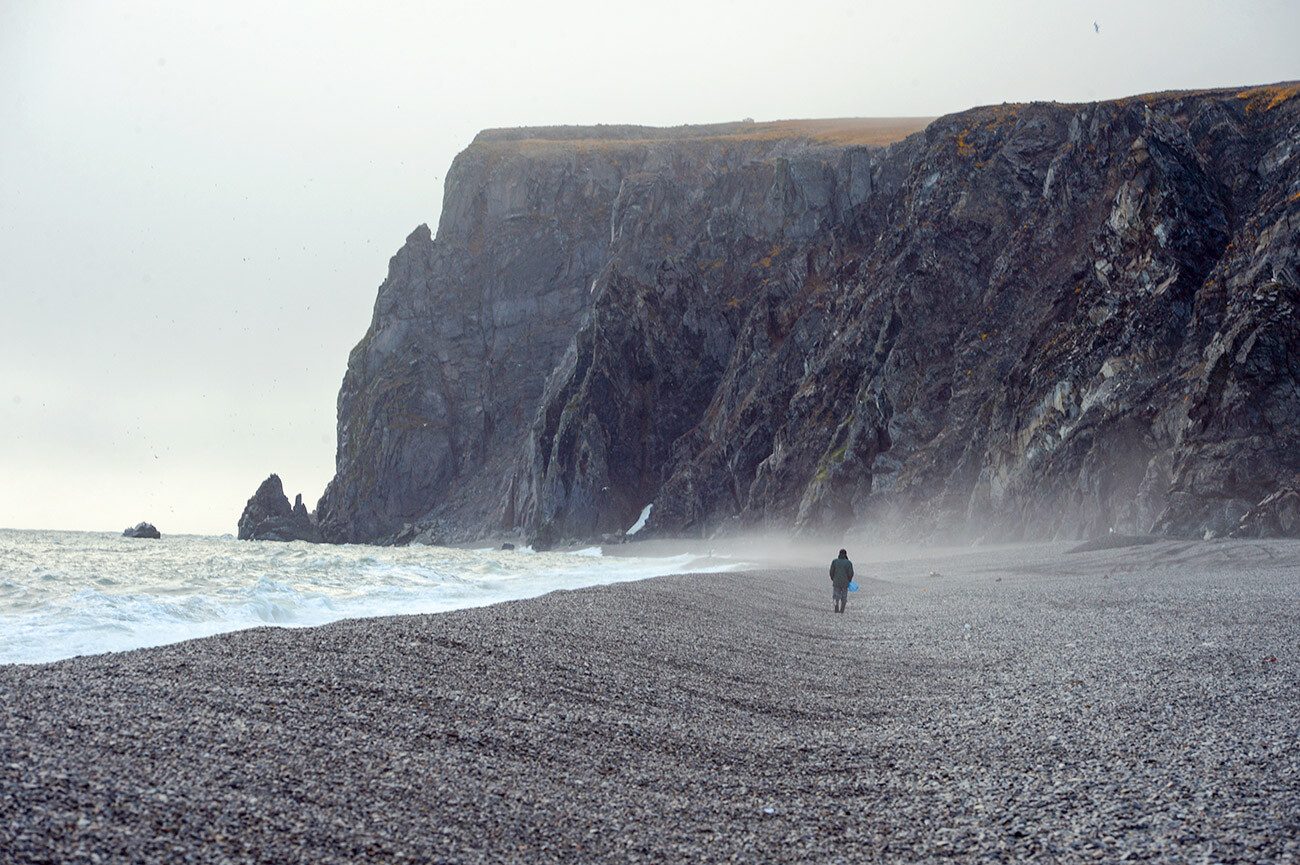 The cape was discovered by pioneer Semyon Dezhnev in 1648, who crossed the Bering Strait 80 years before Vitus Bering himself. Travelers who have been there say that this place is “harsh, but beautiful”. 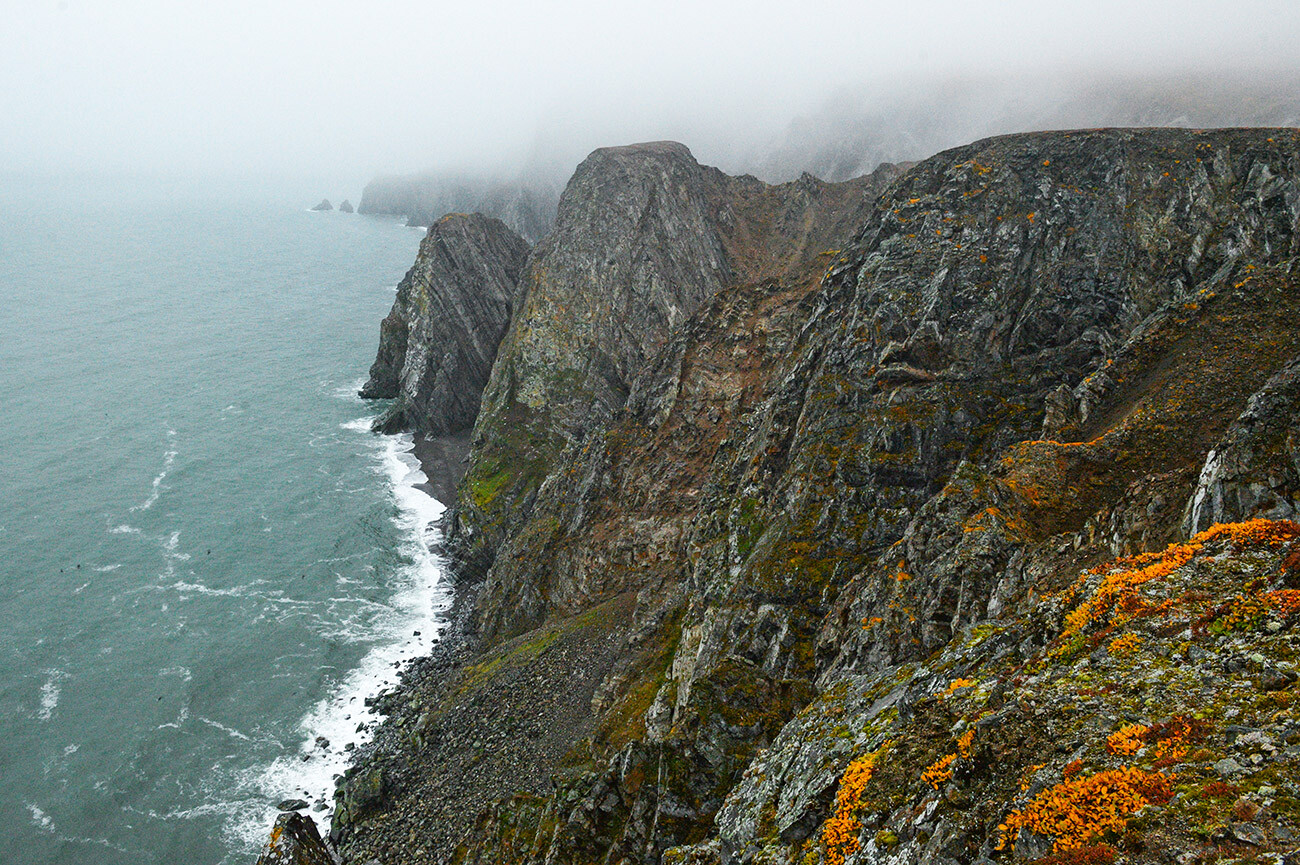 In the past, another settlement – Naukan – was the easternmost settlement in Eurasia. However, it was abandoned and the title was passed on to Uelen. 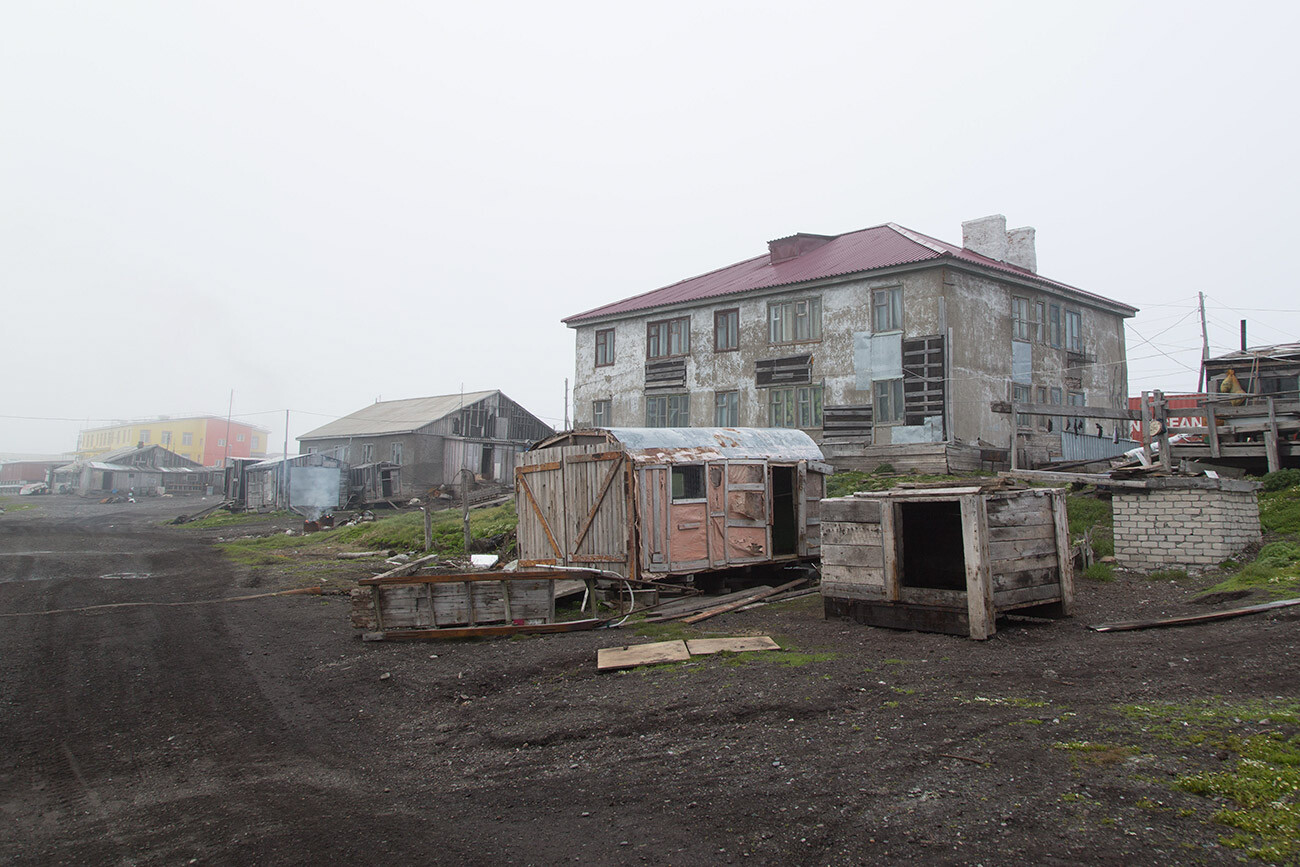 The Uelen village is not easily accessible. Ways of transportation include a helicopter that flies to Uelen once every two weeks, a boat, cross-country vehicles, snowmobiles and even dog sleds. 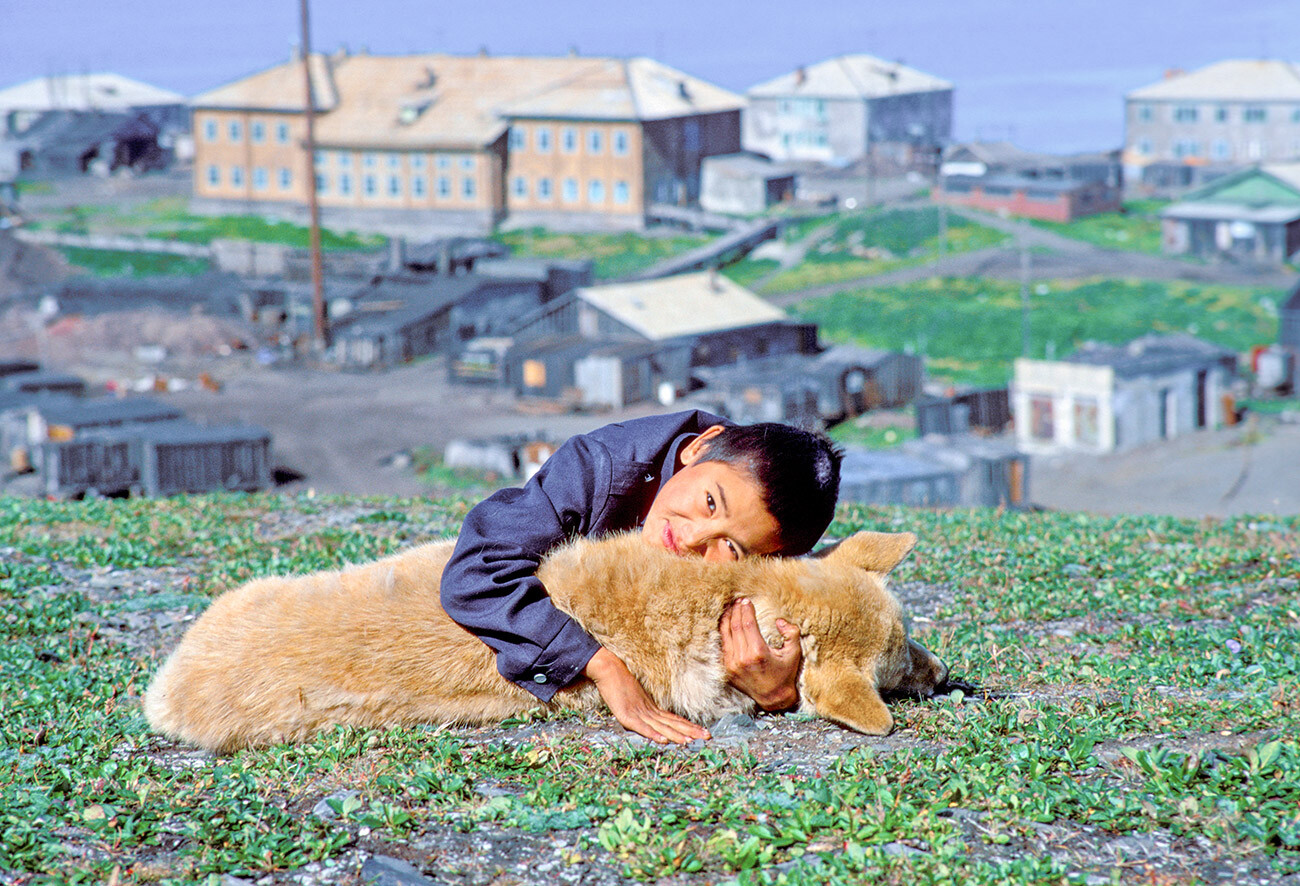 Somewhat surprisingly, the weather in this remote location is not too cold in winters, but not too hot in summer, either. The average winter temperature is minus 15°C, in summer – plus 7°C. 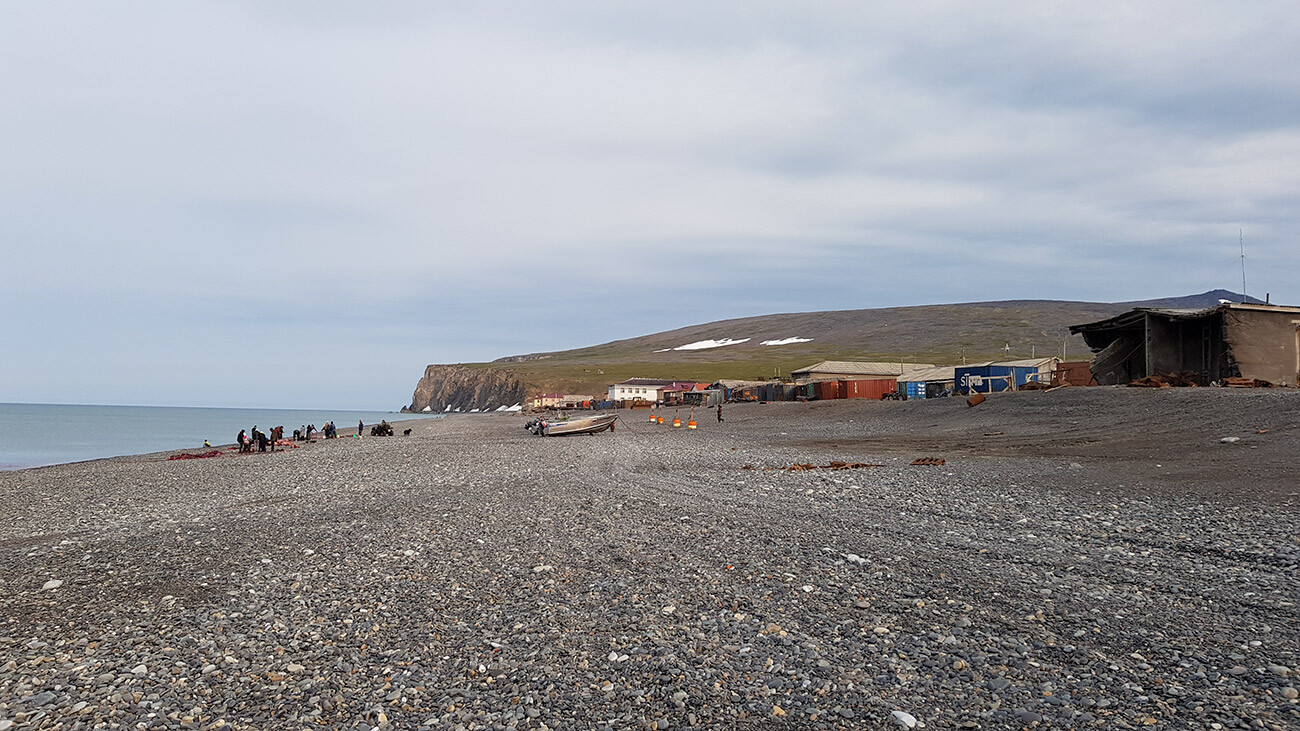 The spit of land where Uelen is located is less than 300 meters wide. Despite the scarcity of habitable land available, there is a school, a church, a postal office, a bone carving workshop, as well as residential buildings. 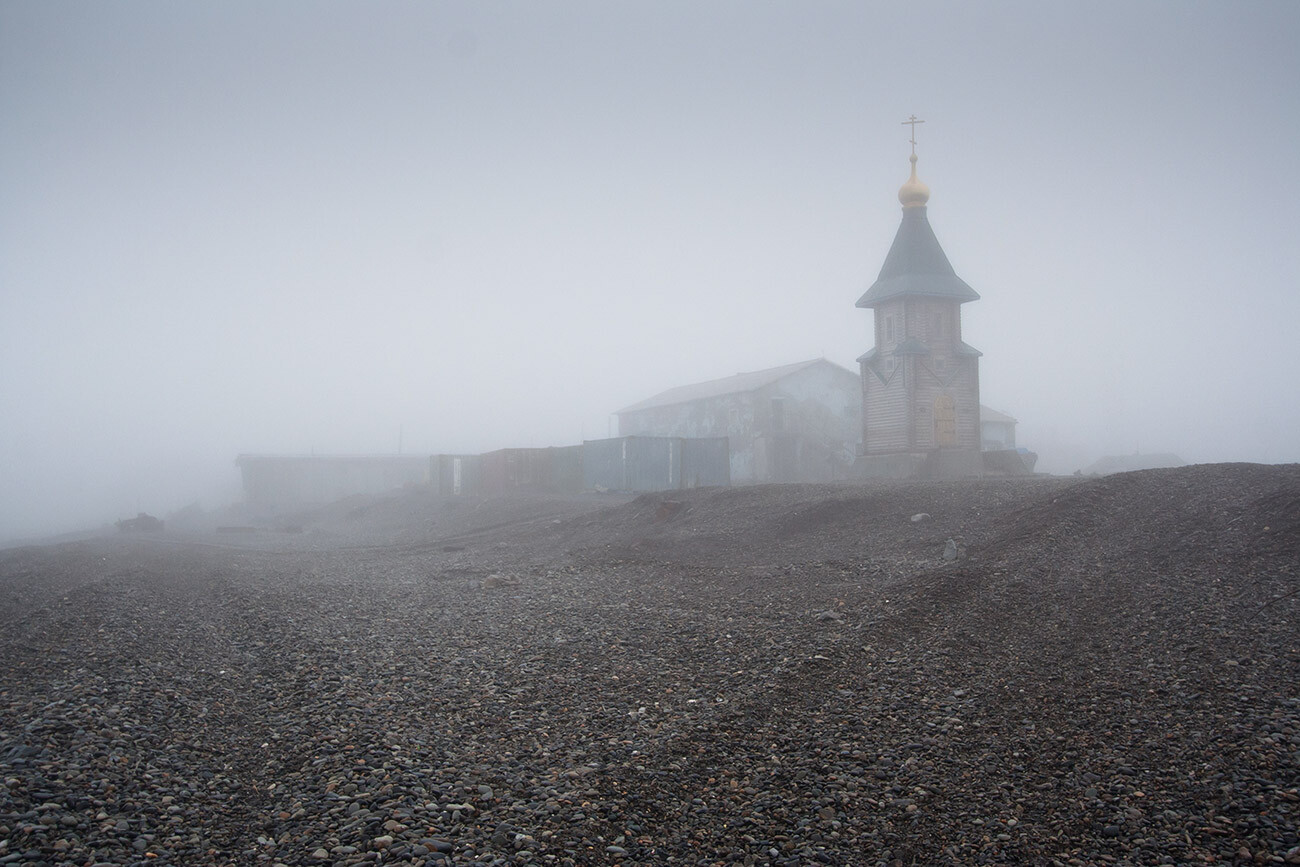 There is also a museum where a collection of walrus bone, leather, fur and whalebone works of art are displayed. Local souvenirs are also available for purchase in the museum. 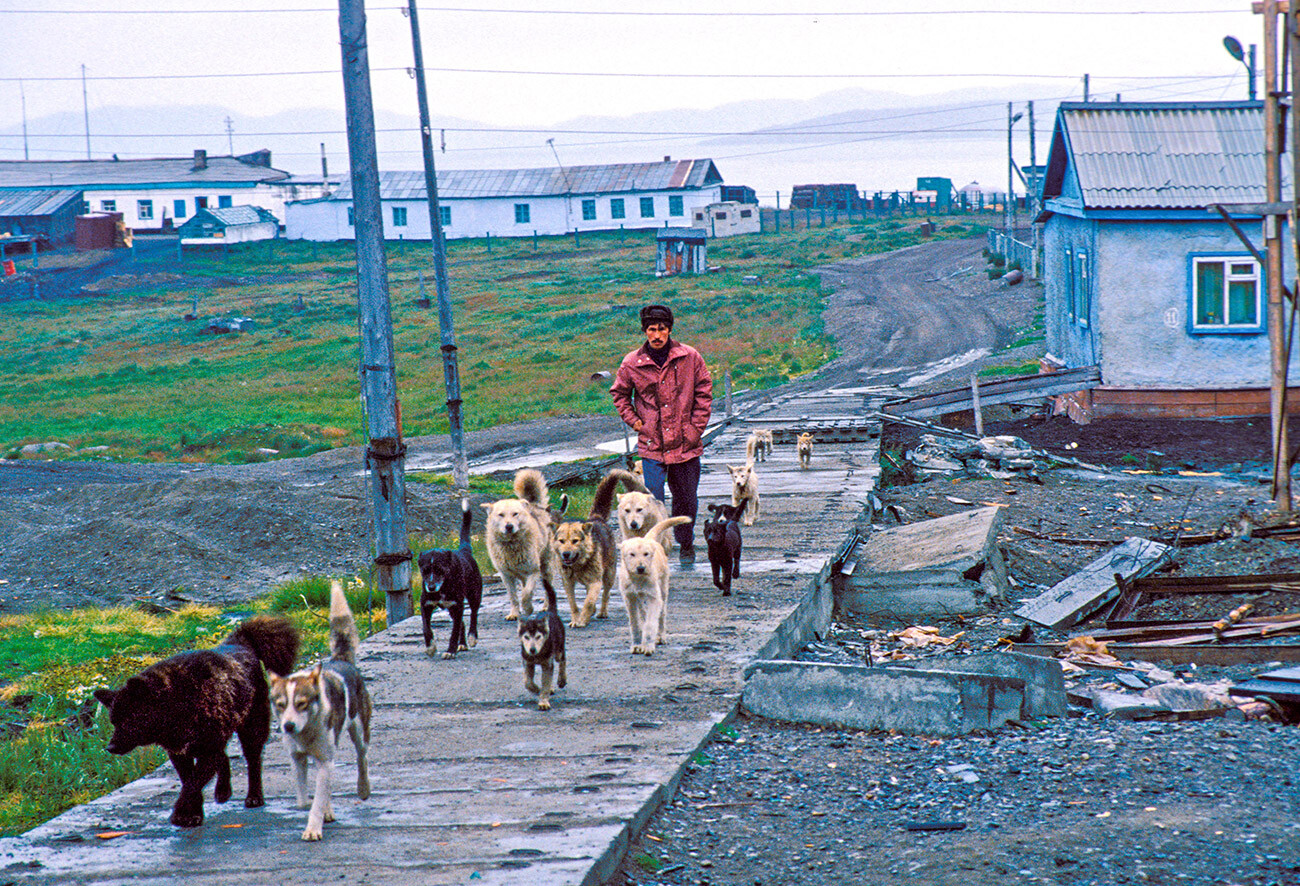 Because this village is so remote from civilization, mobile operators only managed to connect the settlement to their networks in 2011. 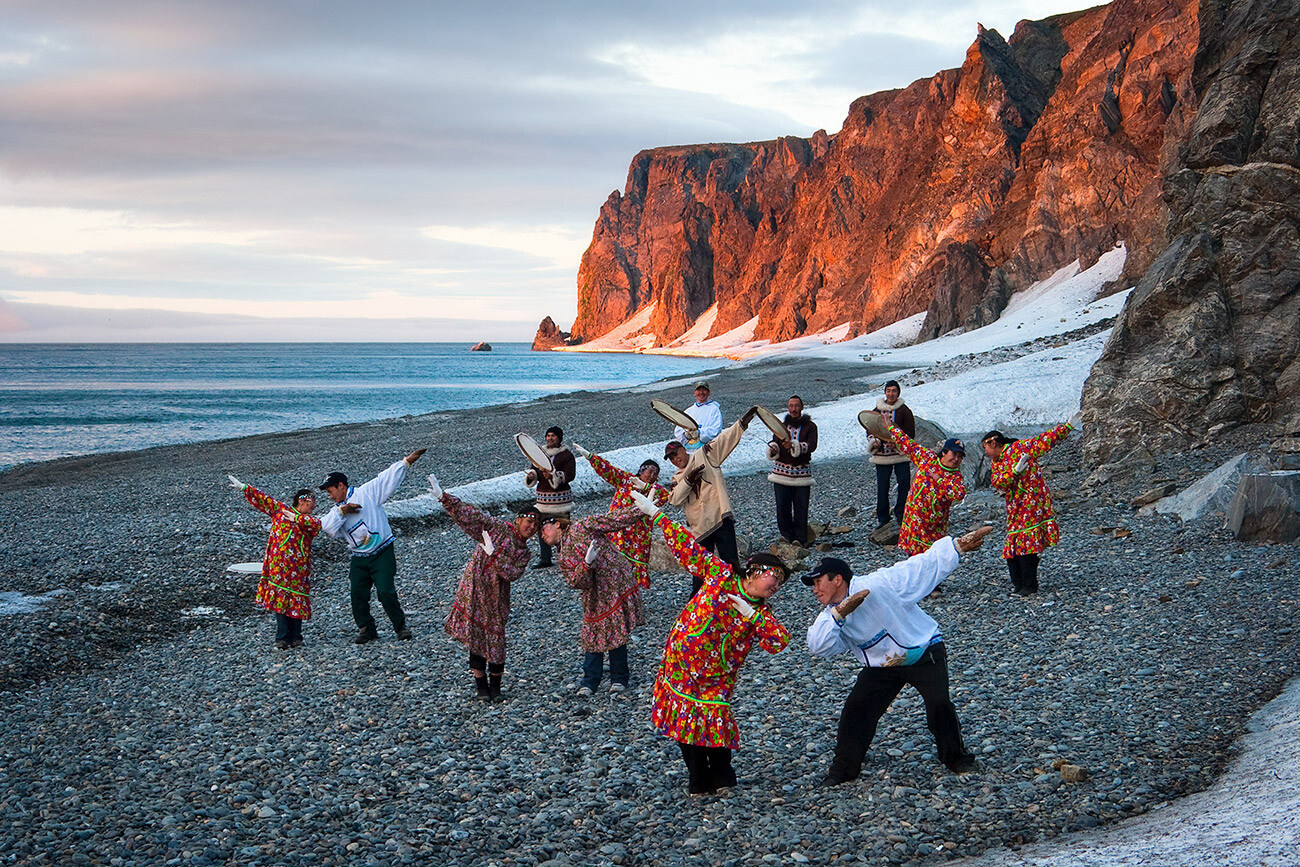 Residents of the settlement mostly do whale hunting. Chukotka is one of the few regions where non-commercial whale and walrus hunting is still allowed. 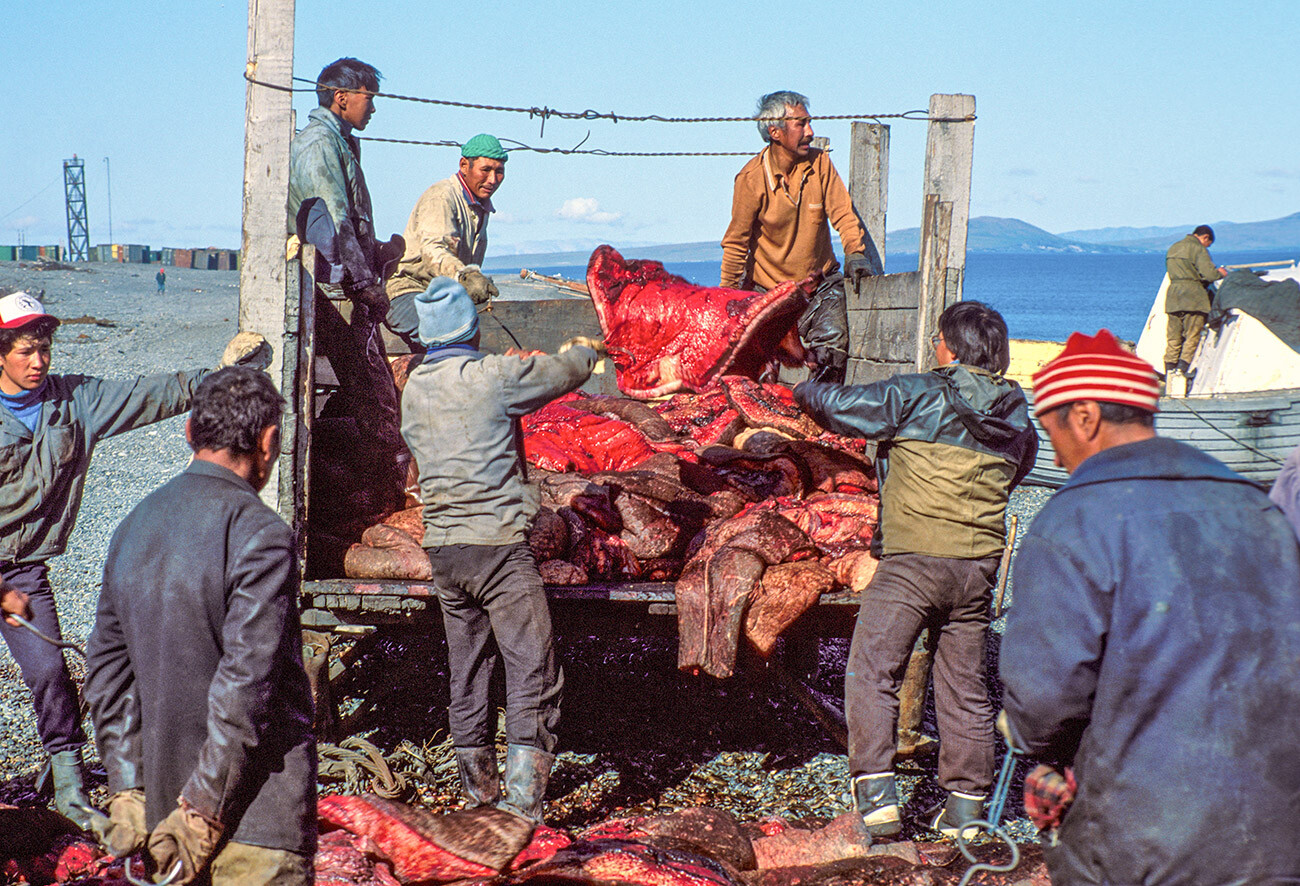 Click here to see an EERIE ABANDONED village from where you can see Alaska.