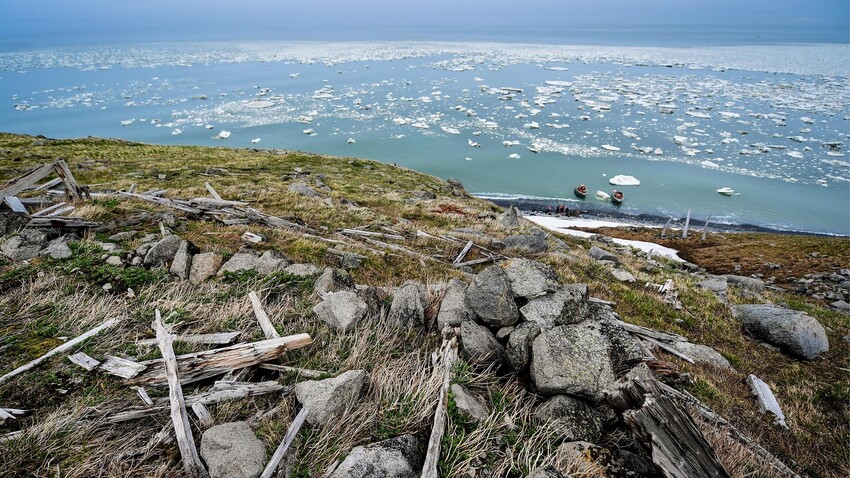 Yuri Smityuk/TASS
A local legend has it that whales used to take the most beautiful women from the village in exchange for the protection, luck and prosperity of the settlers.

Naukan used to be the easternmost settlement in Eurasia until it was disbanded in 1958. Today, the former Eskimo village lies on the Russian side of the Bering Strait, which divides Russia’s Far East from Alaska. 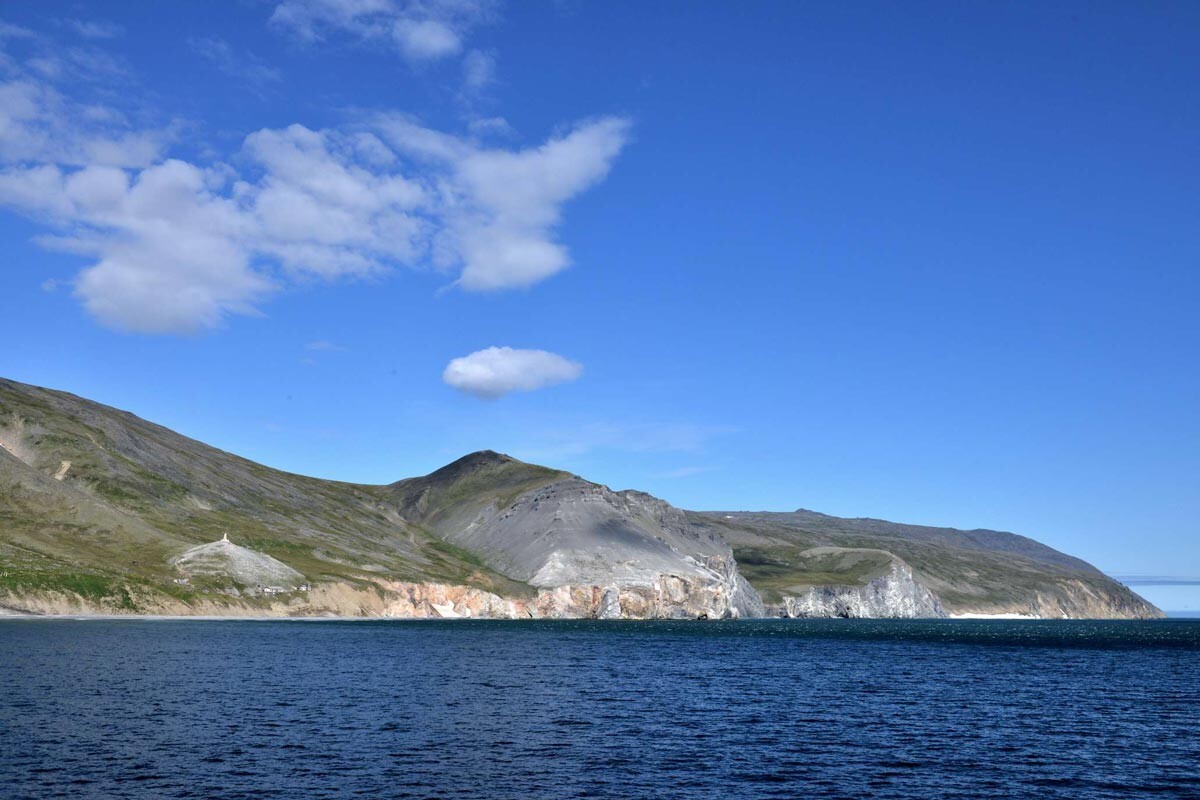 It’s believed that the Eskimos founded the Naukan settlement in the 14th century. In 1648, Russian sea pioneer and explorer Semyon Dezhnyov lost one of his vessels near the village, as he was sailing through the Bering Strait, 80 years before Vitus Bering. The historical incident was later reflected in the form of a bust on Mount Ingegruk in Naukan. 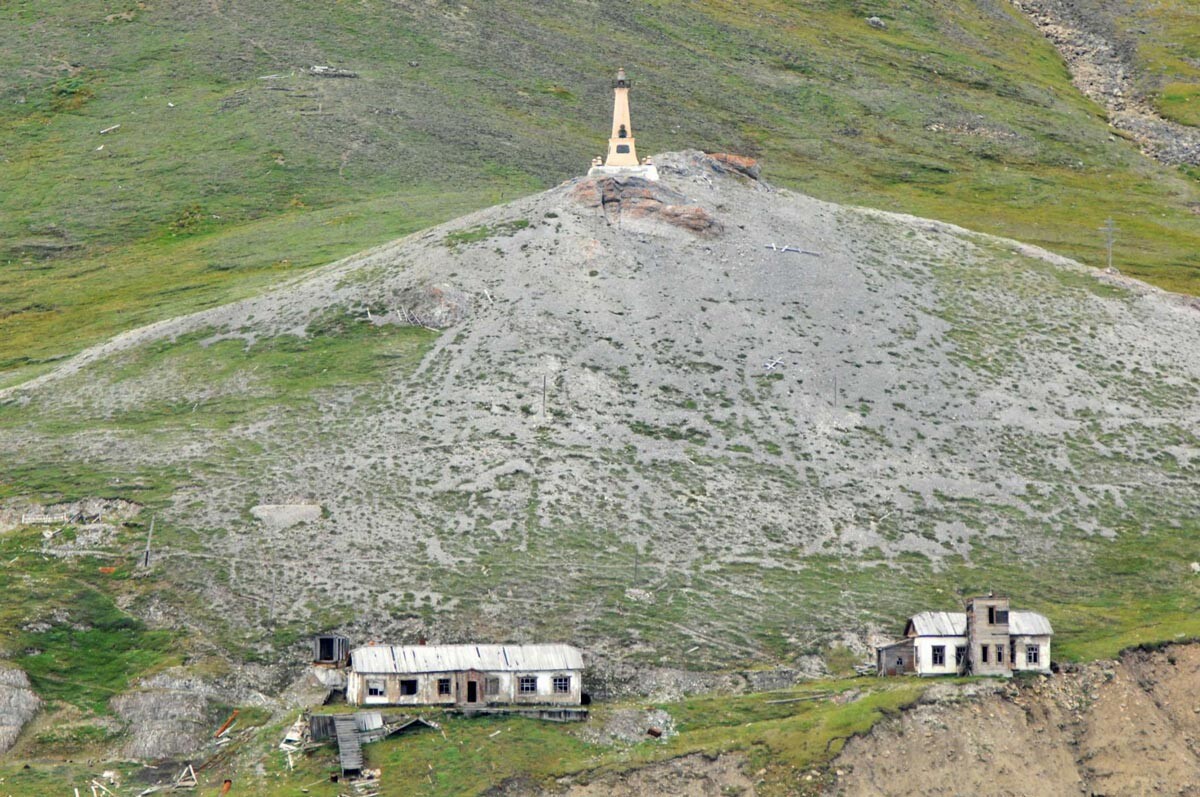 The locals were ordered to abandon their settlement in 1958 as a result of the Soviet policy of disbanding so-called “unpromising villages”, small settlements which were deemed irrelevant for the advancement of the Soviet planned economy. In accordance with the policy, people from small villages were resettled into larger rural settlements, where production and social facilities were concentrated. A village of some 400 people at the time of resettlement, Naukan was one of the settlements deemed “unpromising” by the Soviet government. 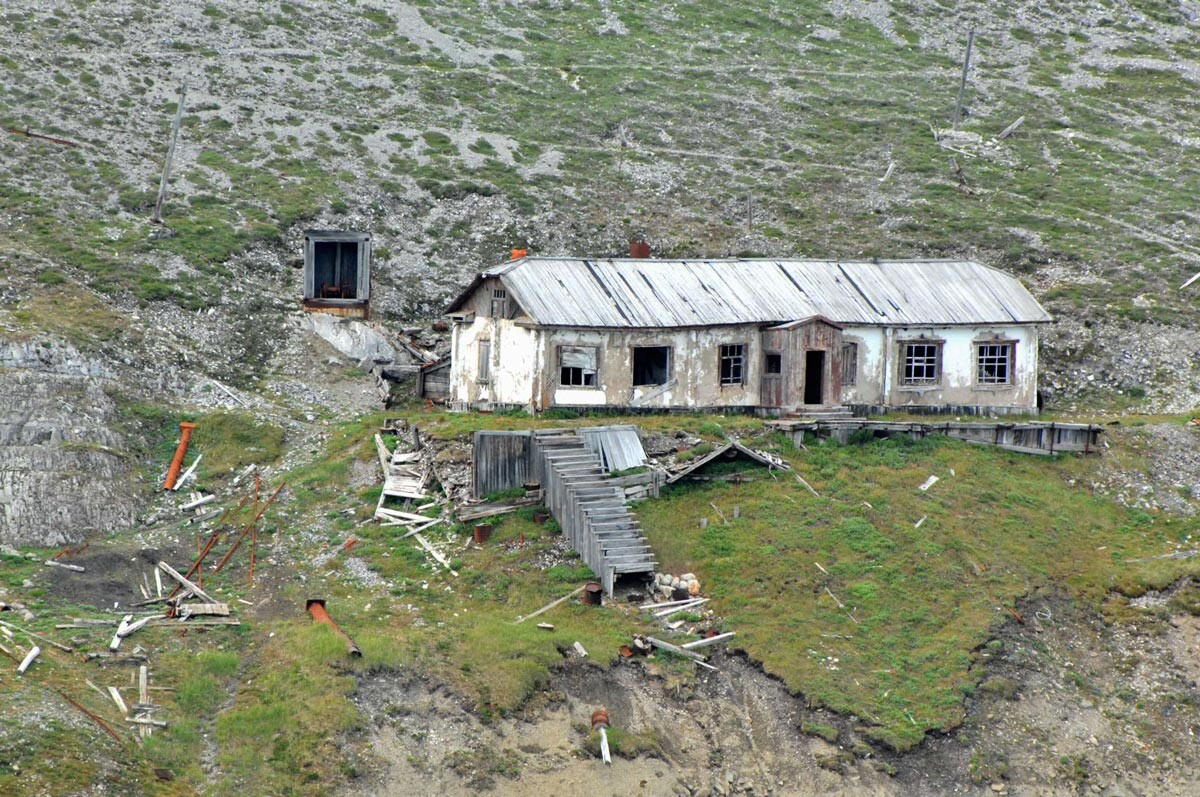 Despite its legal status at the time, Naukan was relatively populous by the standards of this remote and largely unpopulated area. Thirteen Eskimo clans were living in the village united by their distinct dialect and unique traditions, legends and folktales. 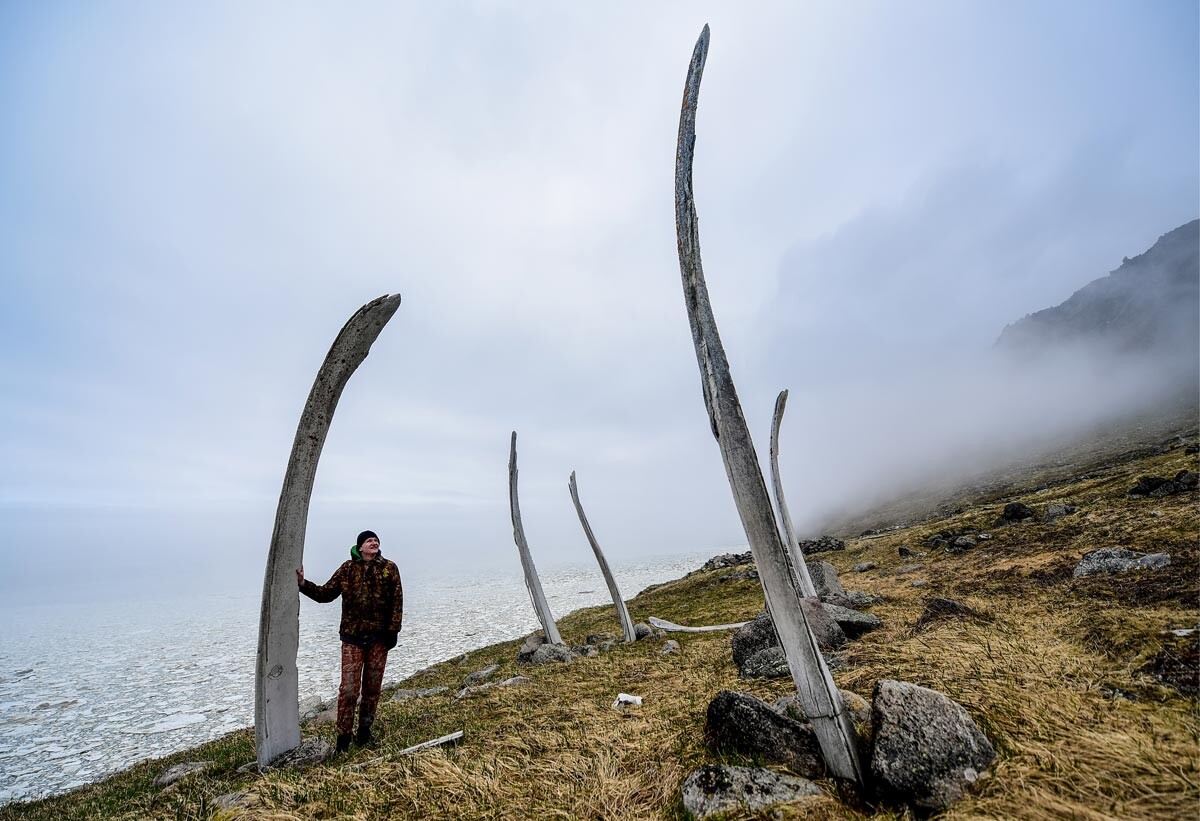 One of such tales has it that the people who lived in the village made a treaty with whales: the wise animal deities living by the shore could claim the most beautiful women as their wives; in exchange, the whales blessed the locals and granted the villagers luck and prosperity. 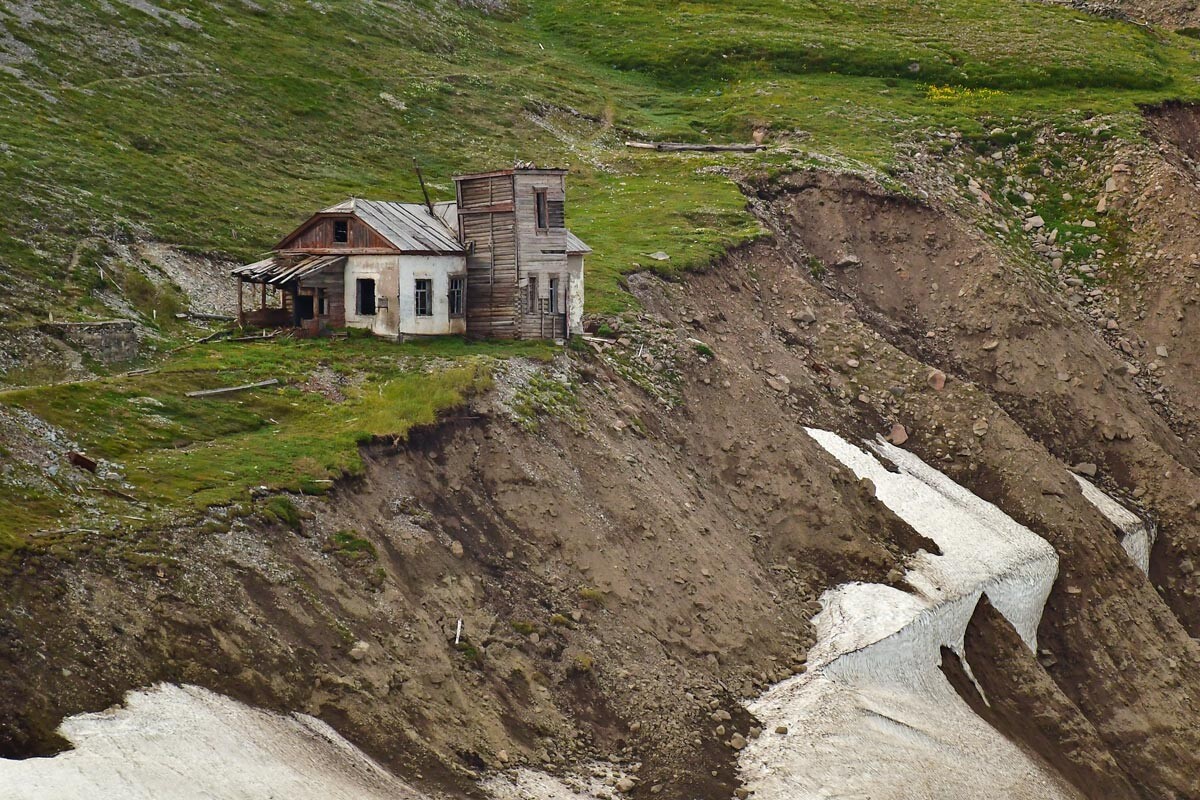 In spite of the declared whales’ blessing, Naukan has seen better days. Today, it is a ghost village, where abandoned buildings are the only remnants of its glory years: the huts, the lighthouse monument, the buildings of the weather station and the remains of the outbuildings. 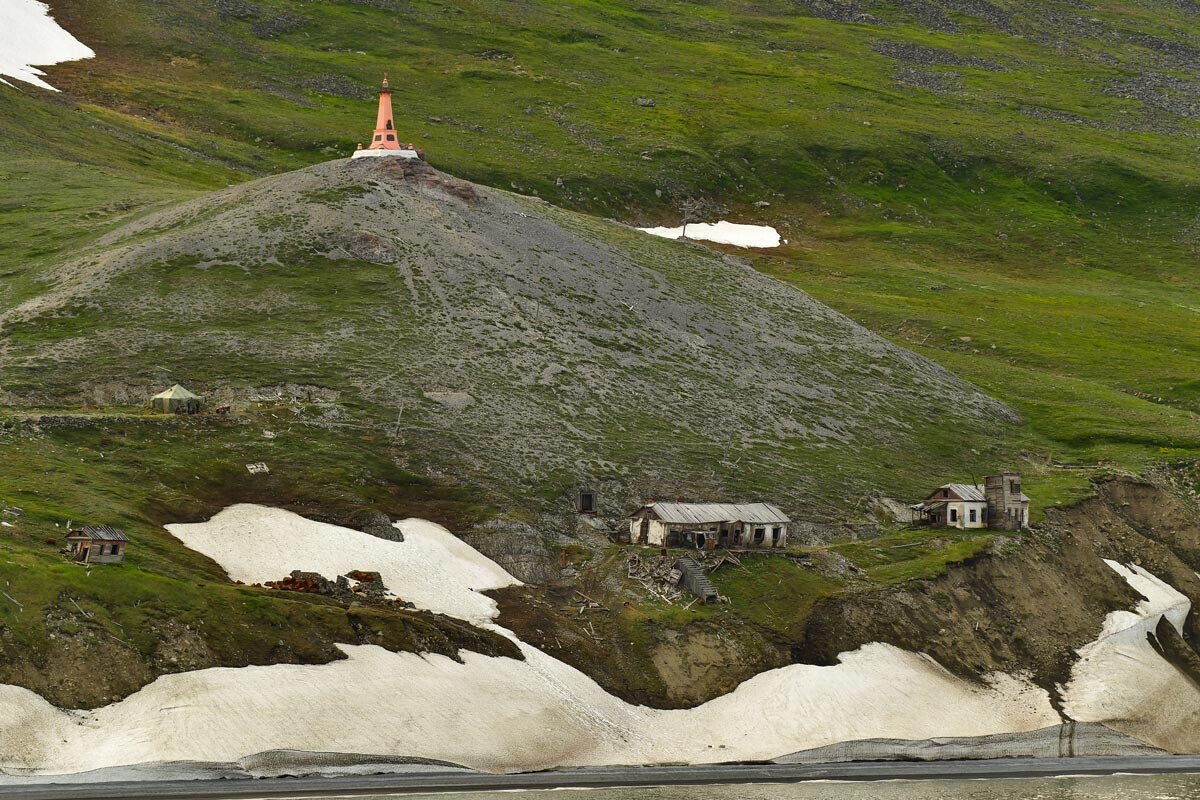 It is a desolate place on the edge of the world that is relatively hard to reach. Mostly, Naukan is visited by tourists and adventure seekers, who come here as part of cruises or expeditions.

Rare visitors of the abandoned settlement are rewarded with astonishing views of the sea and the shore of Alaska, which is visible on a clear sunny day as the U.S. territory lies a mere 50 miles away.