Travel
Alexandra Guzeva
There are thousands of different hotels in Russia, from luxurious new ones to old Soviet-period hotels, but you can also stay at a real terem, as the old traditional Russian style wooden mansions are known as. 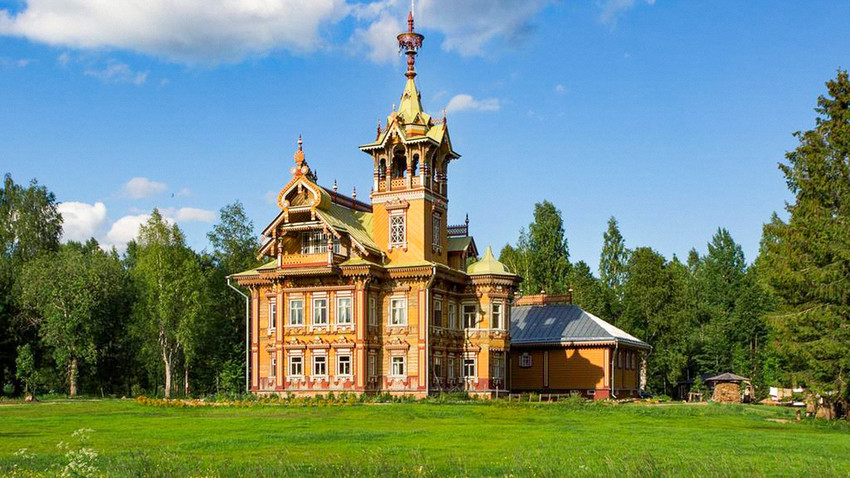 This house in the village of Astashovo looks like a terem straight out of a Russian fairy tale. 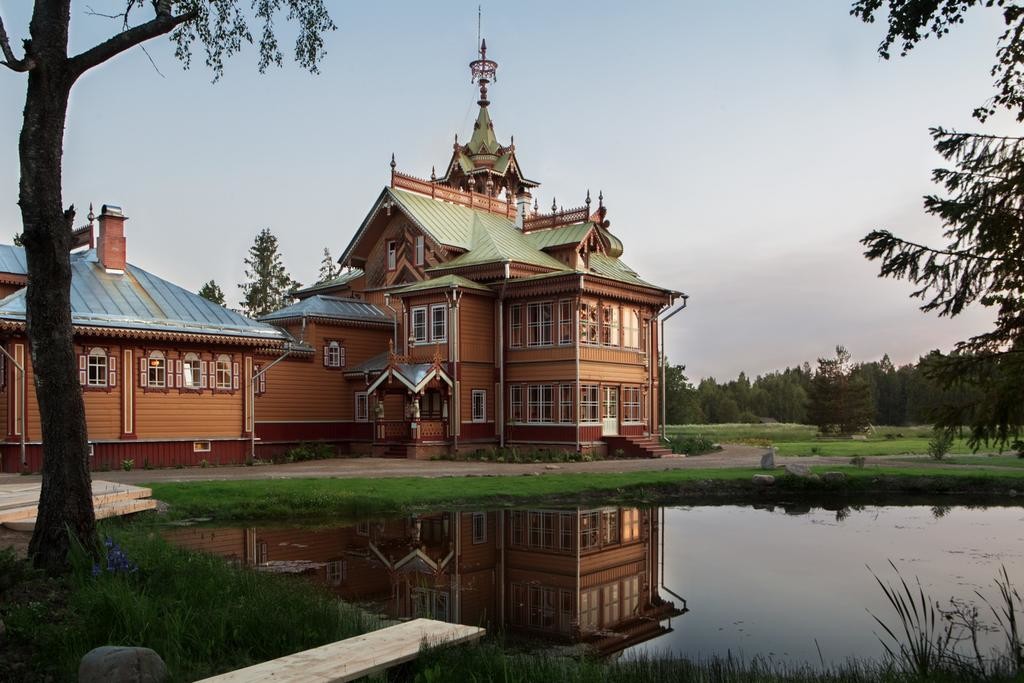 A peasant named Martyan Sazonov built it with his own hands at the beginning of the 20th century. During the Soviet era, the building stood abandoned for a long time and only in the 2000s did entrepreneurs and volunteers from Moscow decide to have it restored and to open a hotel. 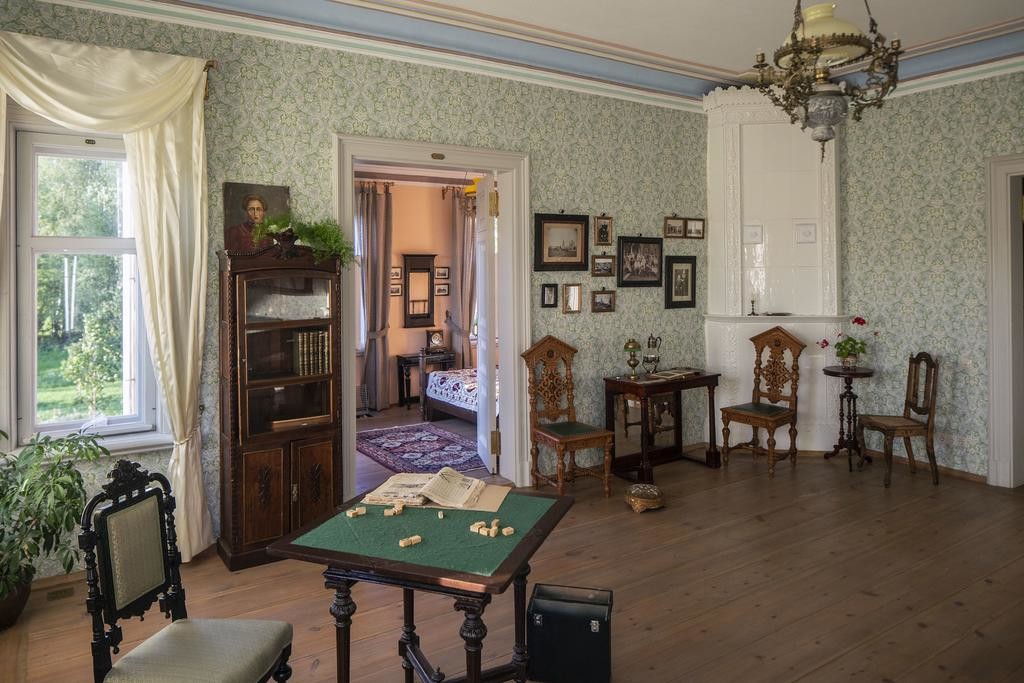 Here you can relax away from the city noise, absorb the local atmosphere and admire the typical Russian countryside. Room prices range from 4,000 to 11,000 rubles (approx. $54-150). 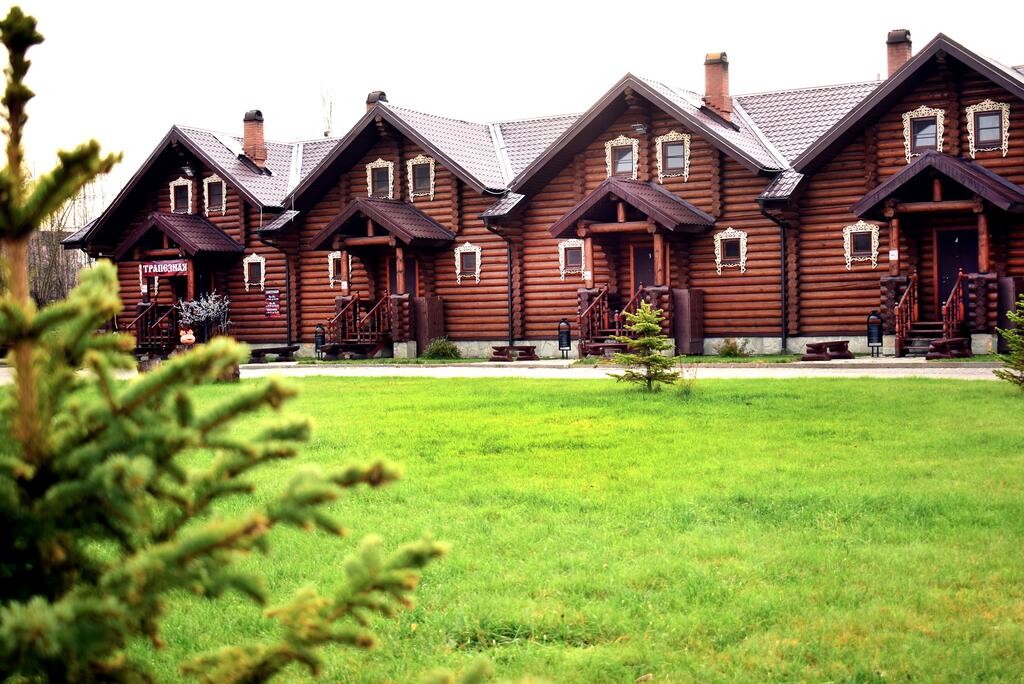 This small island of Russian tranquillity and comfort - the Korovnitskaya Sloboda hotel complex - is just five minutes by car from the busy center of Yaroslavl, the capital of the Golden Ring [of old Russian cities northeast of Moscow]. 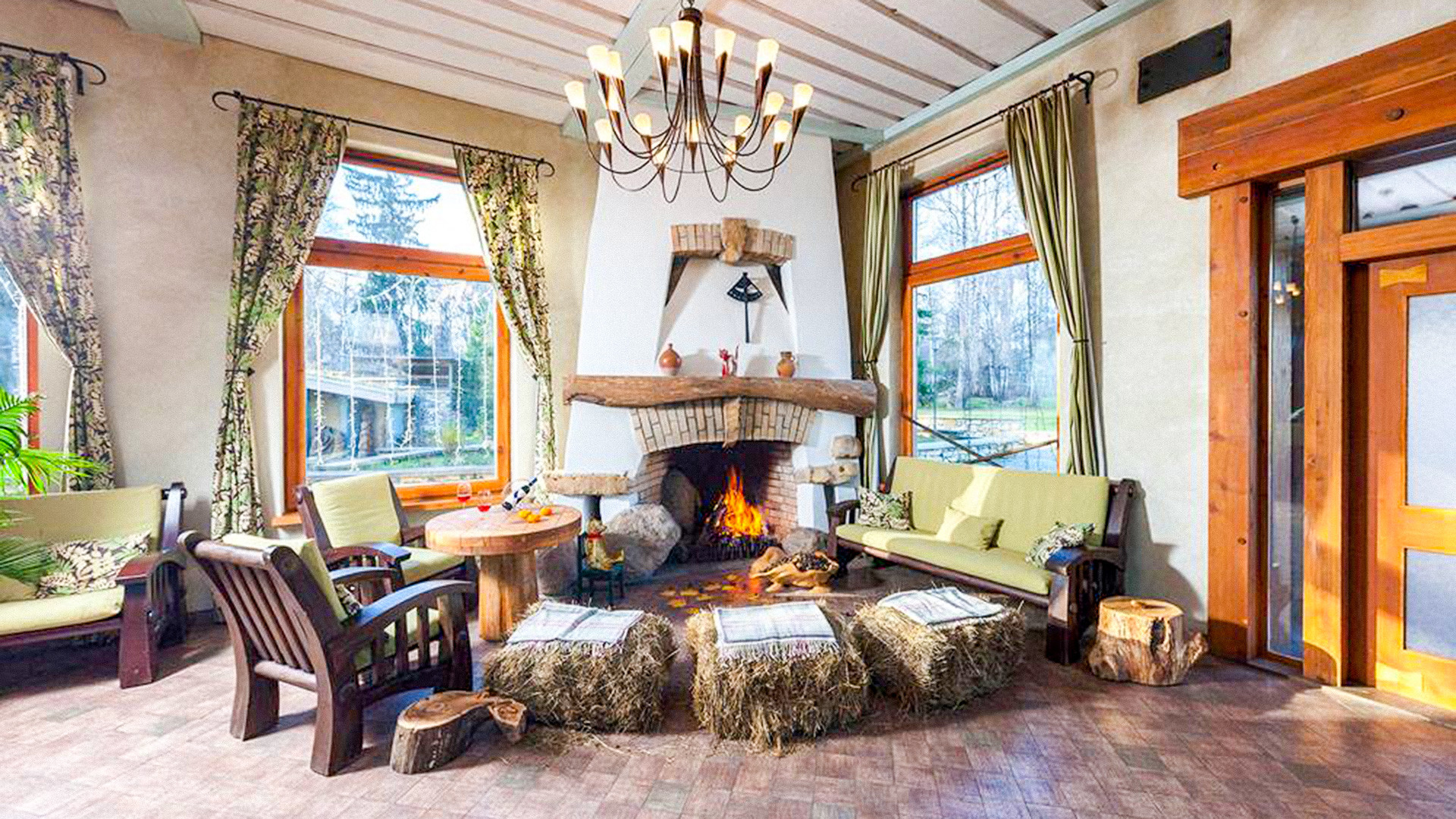 The hotel stands on the picturesque banks of the Volga River next to an old church complex. Particularly impressive is the Church of St. John Chrysostom in Korovniki. And just a short 15-minute walk away you can enjoy a wonderful view of the confluence of the rivers Volga and Korostel. 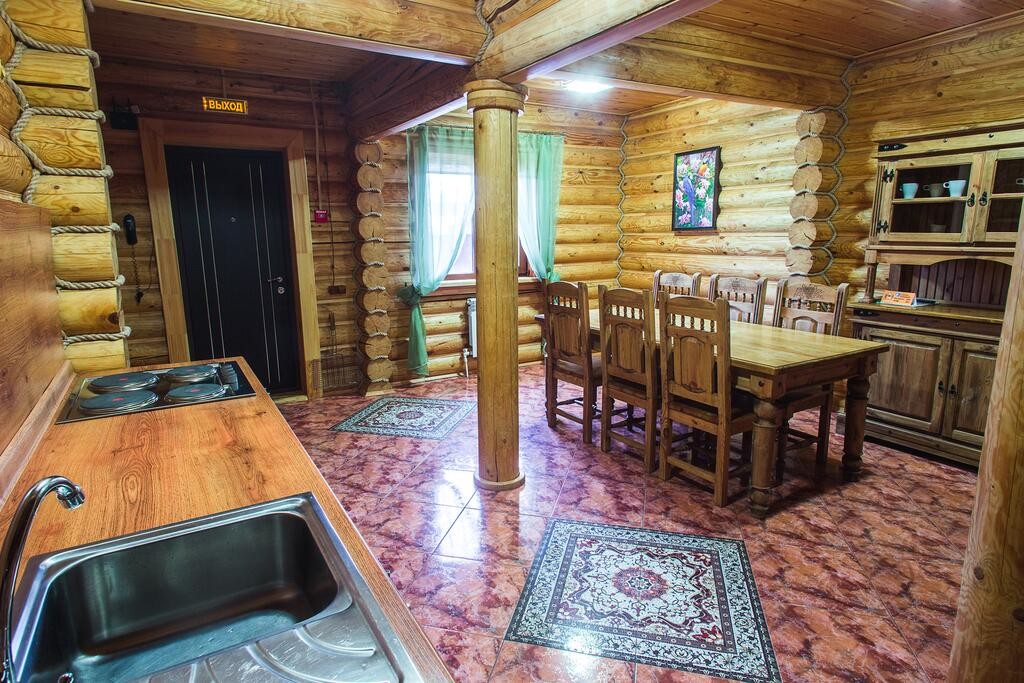 The guest accommodation consists of two big terem-style houses and six izba-type cottages [izba is a traditional Russian wooden village house], each with their own banya [steam bath]. Prices range from 2,000 to 10,000 rubles (approx. $27-135). 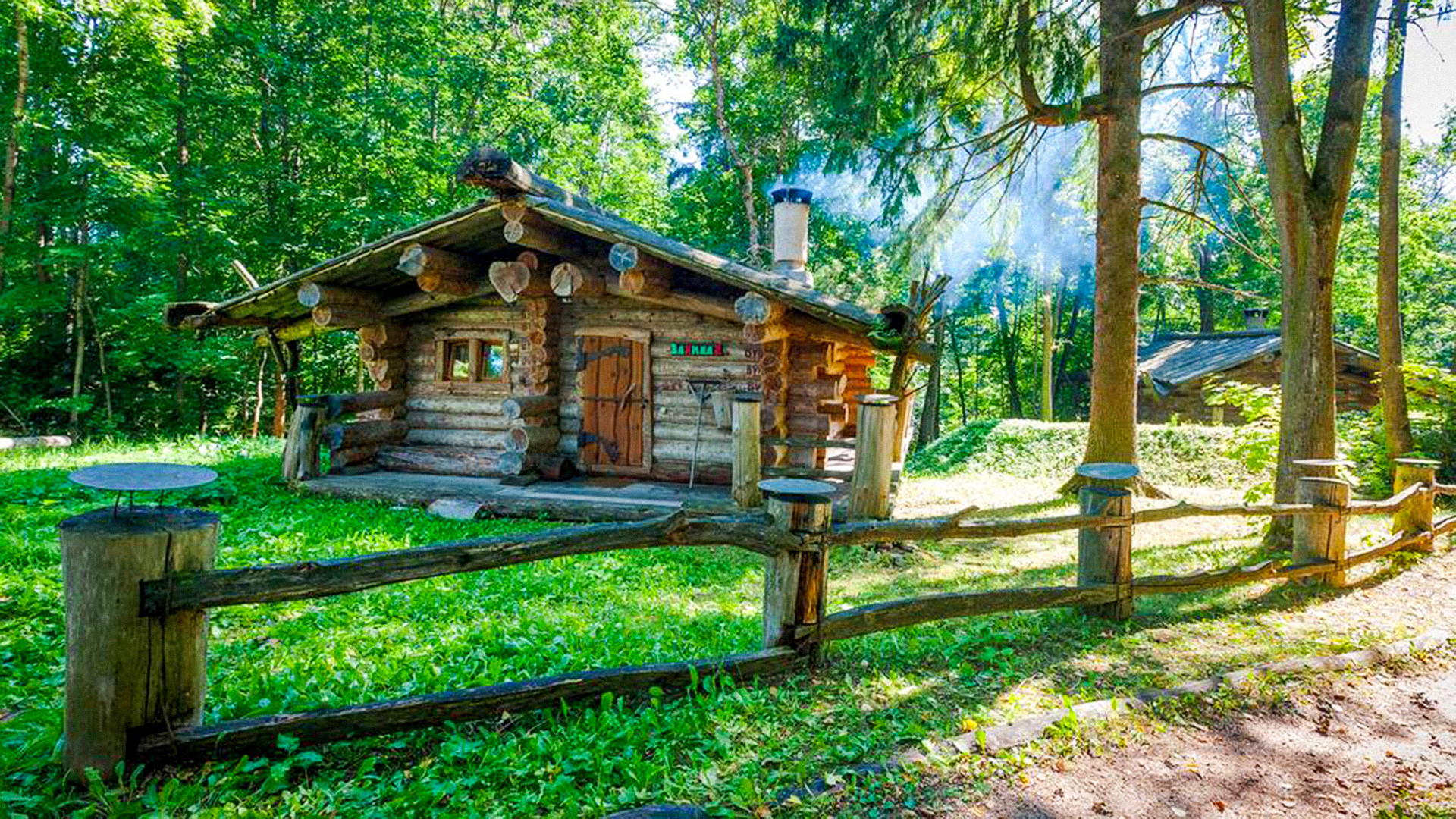 Berendei is a forest king from Russian fairy tales - a rather well-known folklore character. Also, the Berendei were an ethnic group that populated Russia before the 13th century. 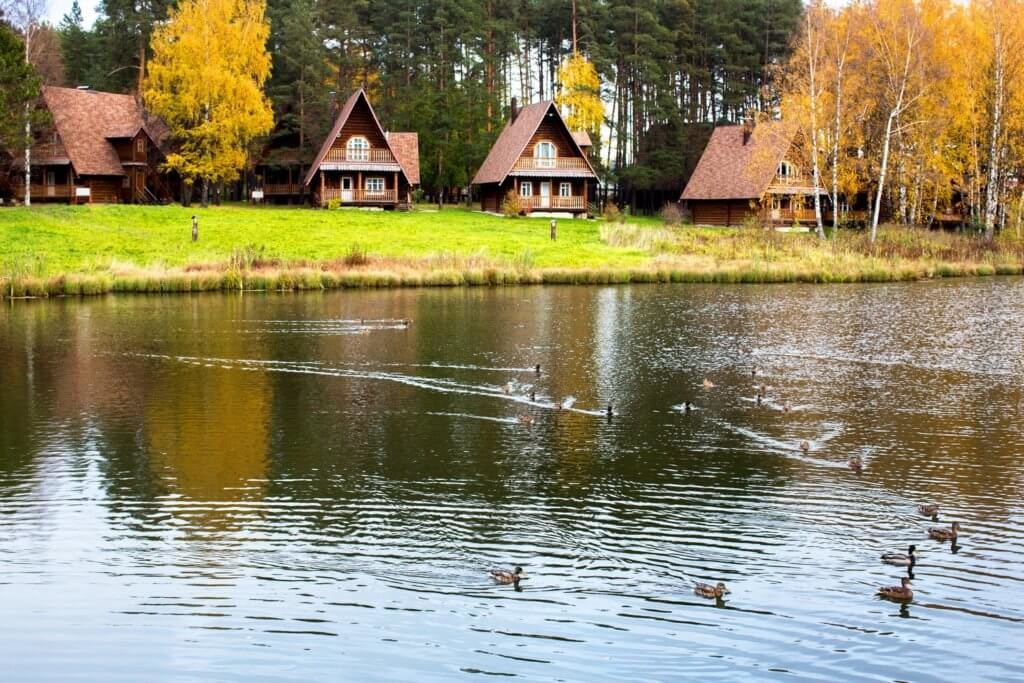 Kostroma has the Berendei Terem museum devoted to Russian fairy tales and ancient customs, way of life and crafts. Next to the museum stands another terem-style building, a hotel in the old traditional Russian style. 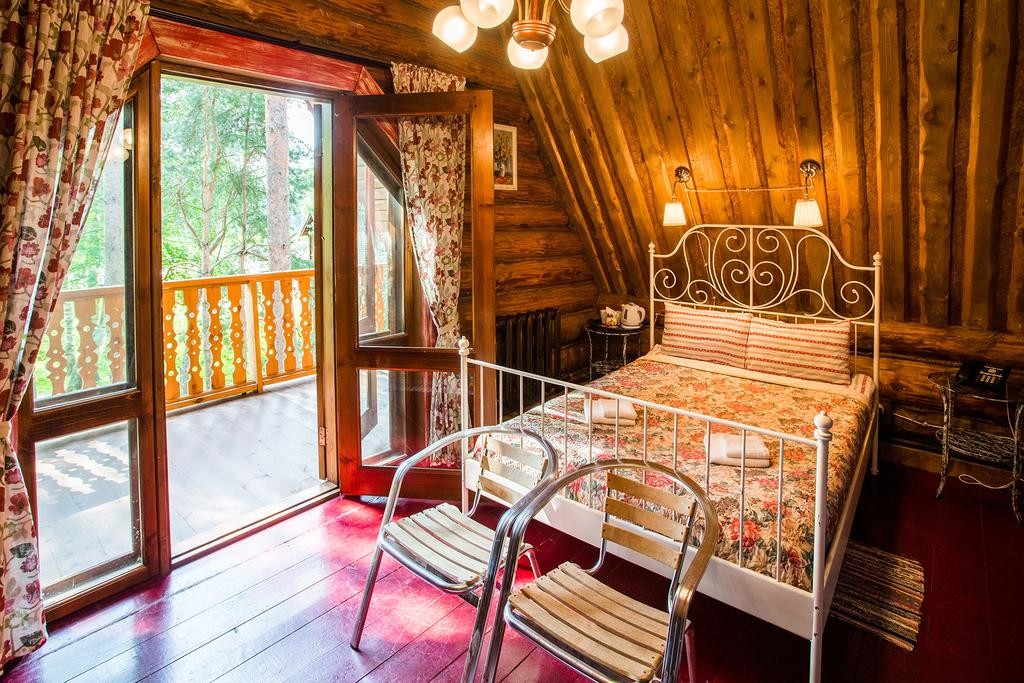 It has several rooms for different numbers of guests and even a luxury suite on two floors. Prices range from 2,000 to 7,000 rubles (approx. $27-95), but can be higher during public holidays. 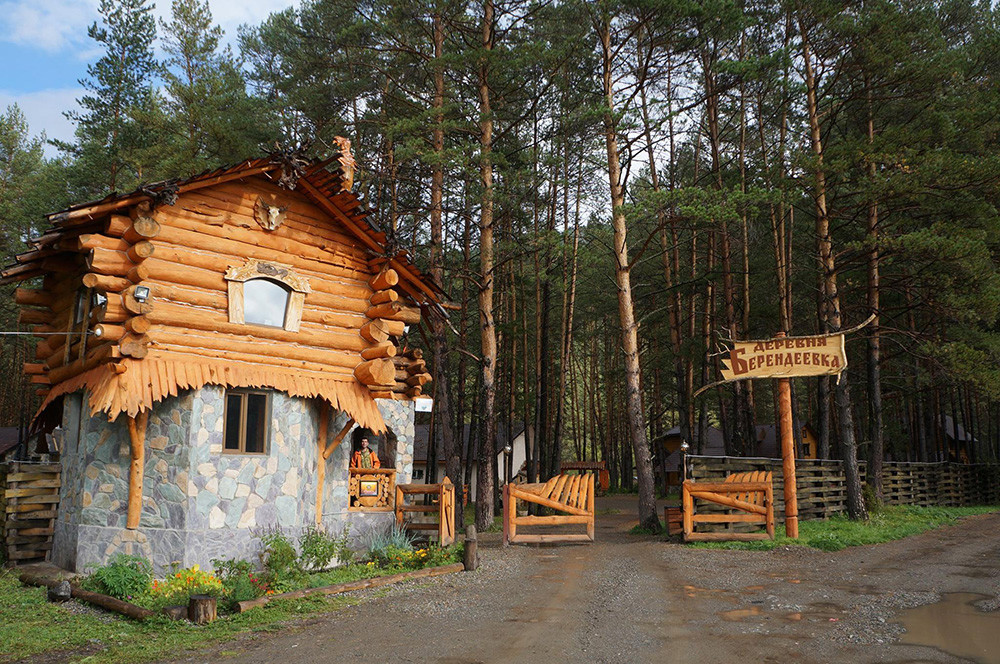 Another holiday center dedicated to Berendei is situated in the Altai Republic. It consists of several terem-style houses, from small izba-type cottages for two people to a luxury “tsar terem”, and it has a ski slope. 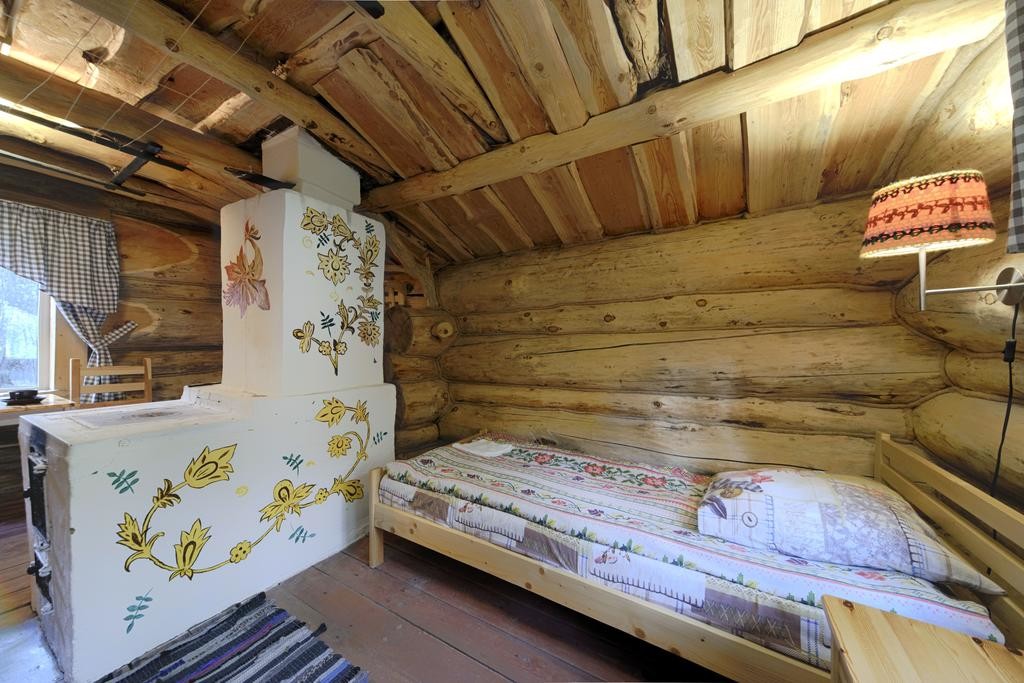 The hotel also has its own cheese factory, as well as an oil extraction facility producing natural oils from local products on an oak press using 19th century technology. 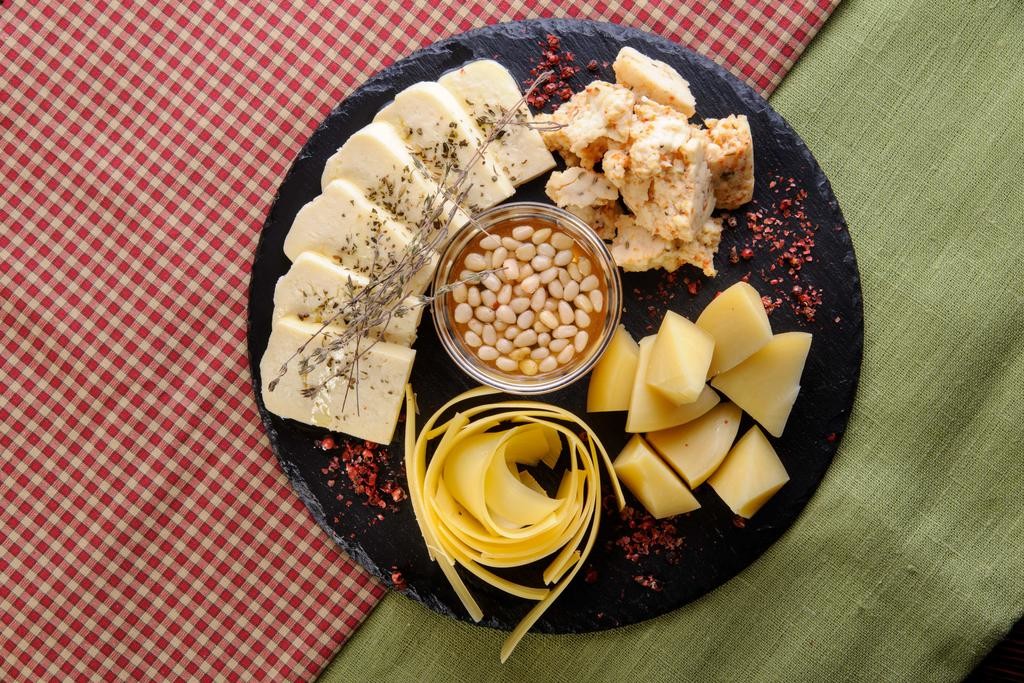 Furthermore, at Berendeevka’s Trapeznaya cafe, you can try authentic Russian dishes (there is even an extensive vegetarian menu) and homemade fruit drinks. Accommodation will cost you between 3,000 and 16,000 rubles (approx. $40-215). 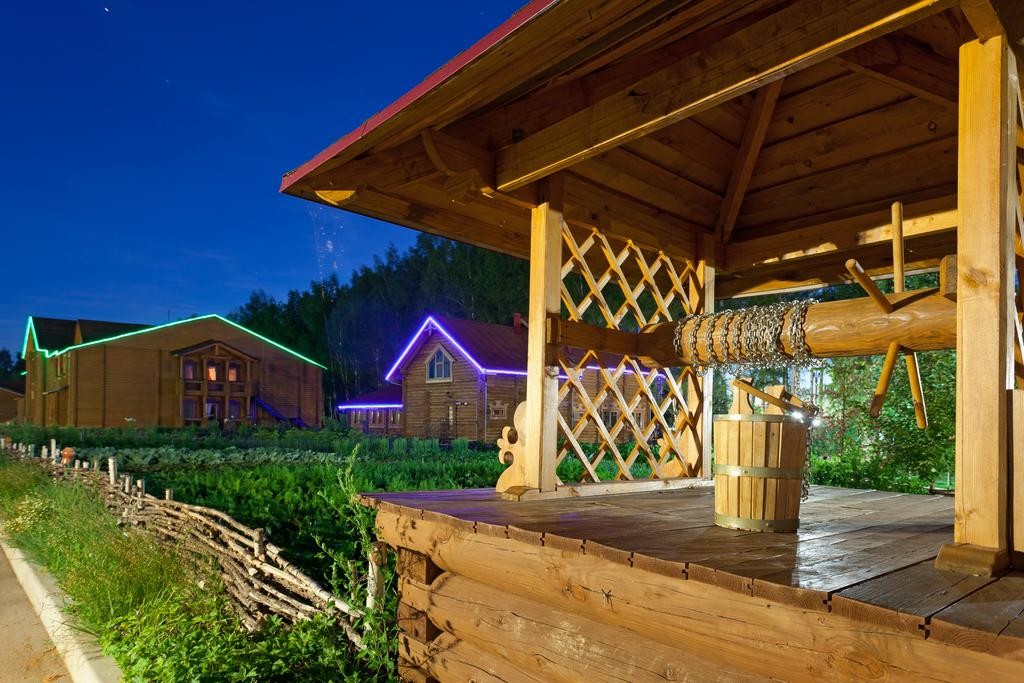 The Semigorie Dacha Hotel in the village of Shaldovo in Ivanovo Region consists of several cottages and a guest house. All the rooms are built out of wood so you feel you are staying in a traditional wooden izba. 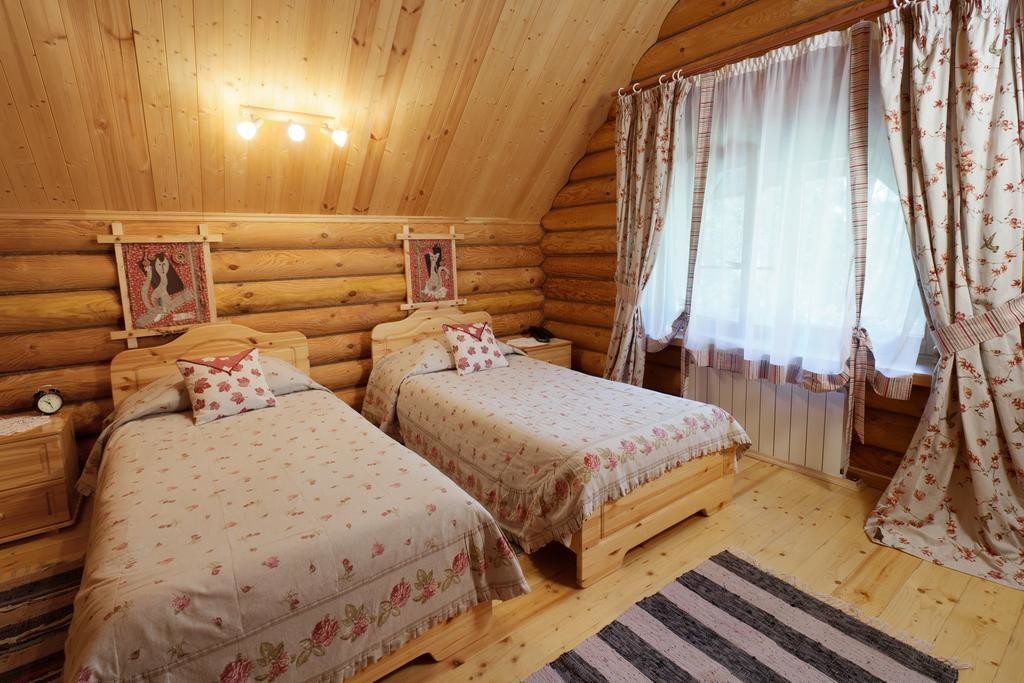 Here you can take a walk in the forest, sweat it out in a steam bath or have a wash in the log-built “washrooms” right on the shores of the Volga River, or even go downhill skiing during the winter. 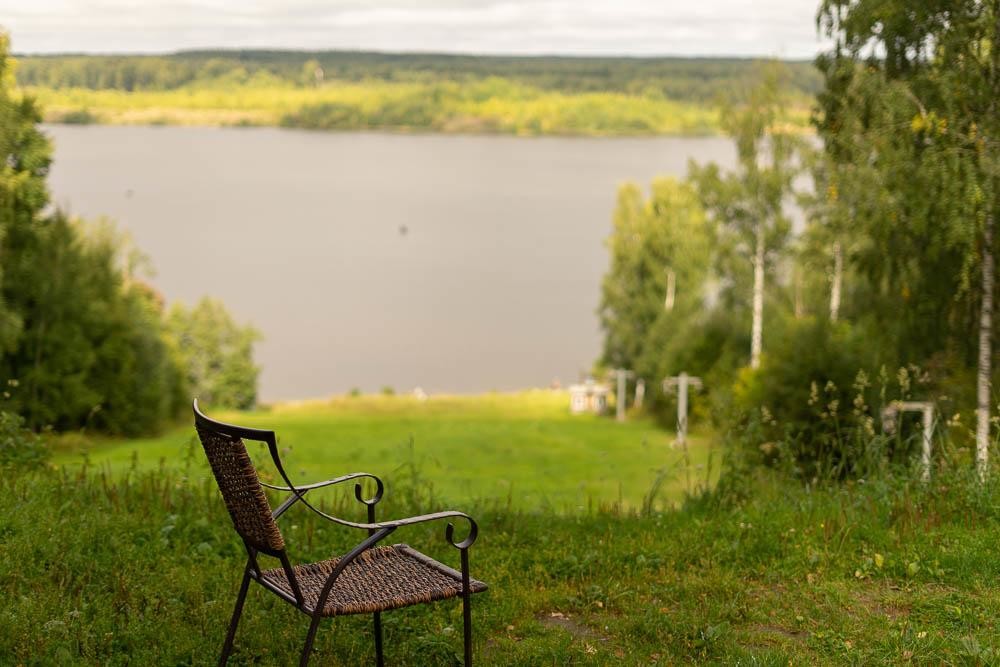 Accommodation will cost you between 3,000 and 20,000 rubles (approx. $40-270), and for a separate charge you can enjoy the services of their spa and wellness center. 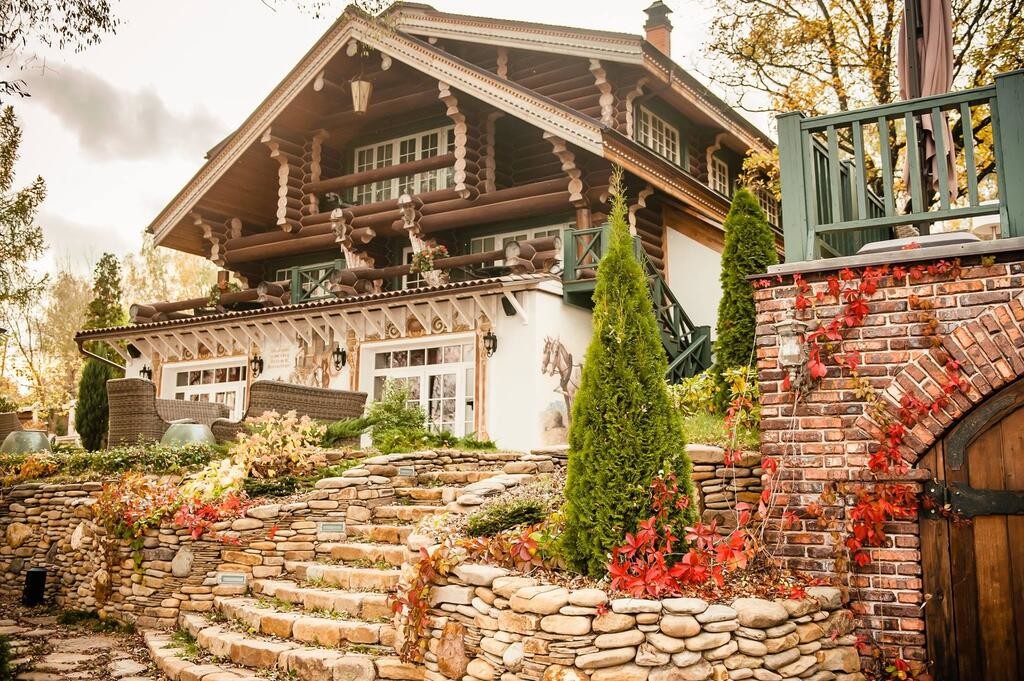 The picturesque Russian style is also valued in Moscow Region, although the style has an evident polish here. On the shores of Lake Senezh stands the Seneshal boutique hotel, named after Catherine II’s horse. 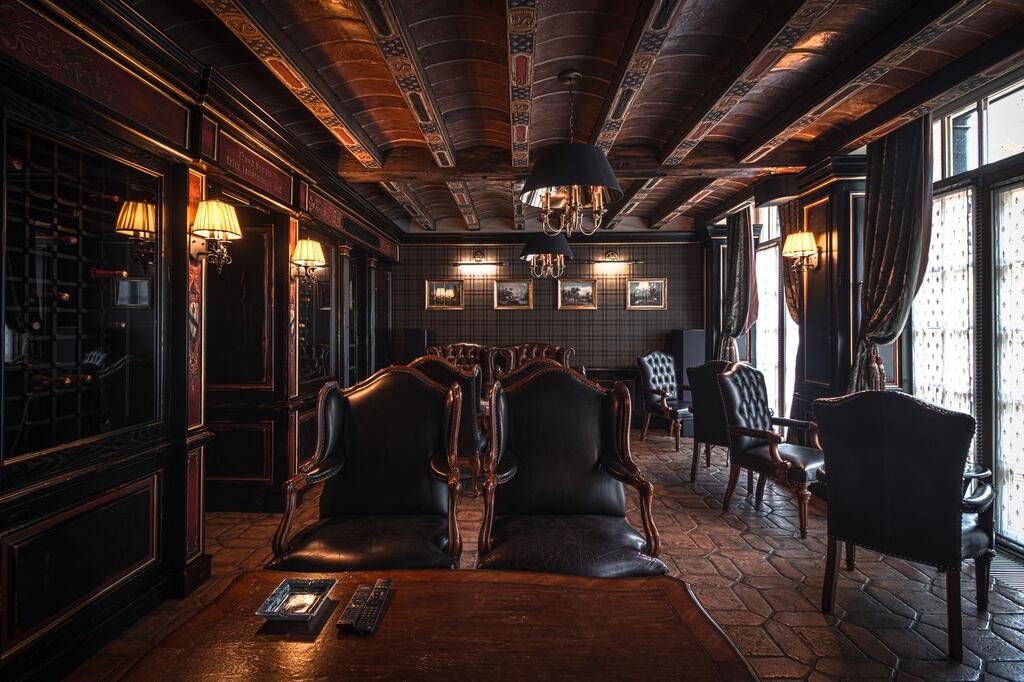 The Empress frequently travelled from St. Petersburg to Moscow and made stops in these parts (the lake itself did not exist then - it was formed later after the construction of the Catherine Canal, which, according to legend, was instigated by Catherine herself, due to her horse Seneshal suffering from thirst). 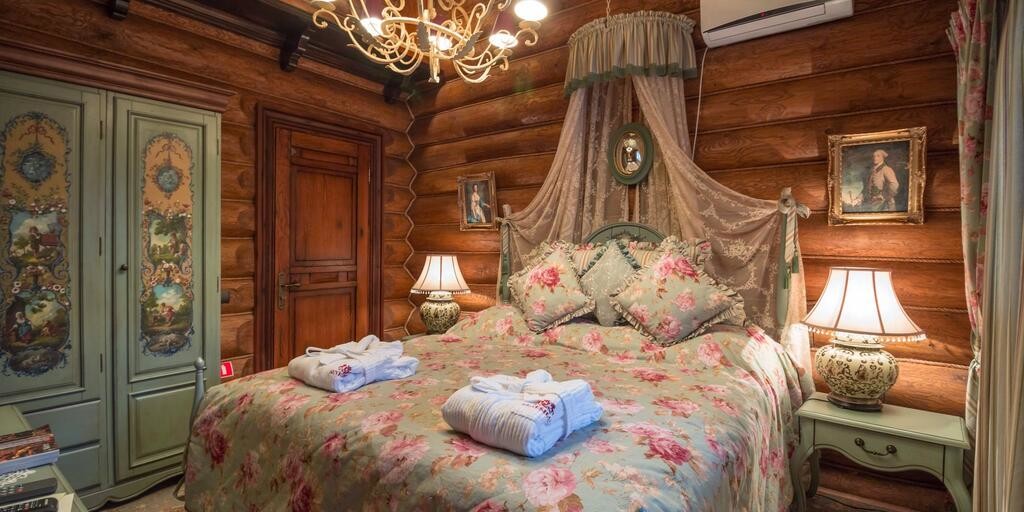 The two large terem-style houses have 12 rooms, whose interiors are a whimsical combination of traditional Russian style and French classicism. There is also a Russian banya. Prices per room start from 20,000 rubles (approx. $270). 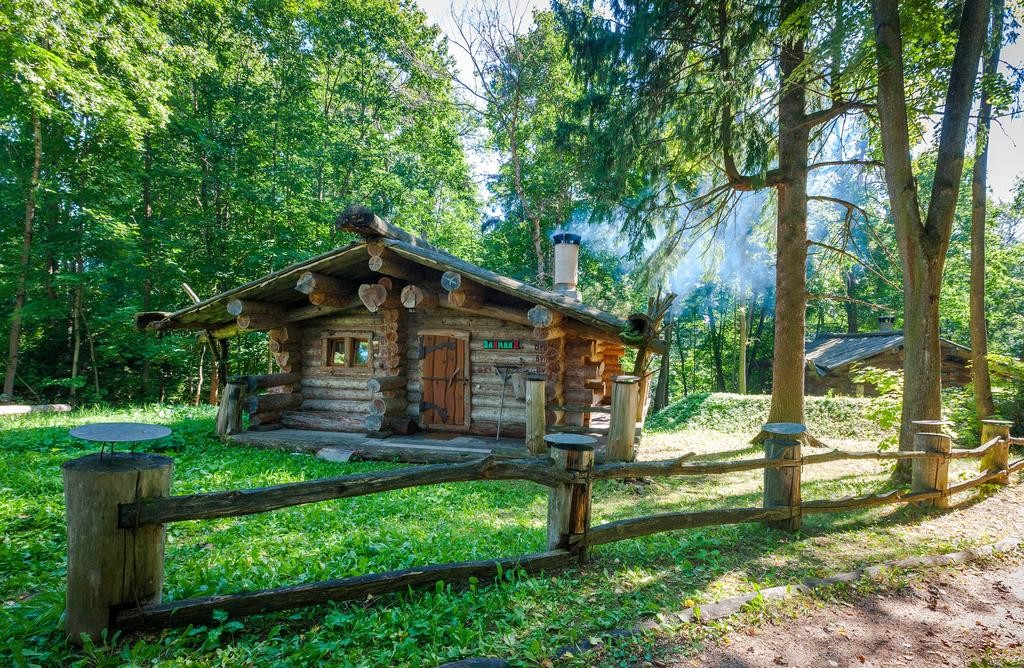 Even though the hotel is in the town of Zvenigorod near Moscow, while the real taiga is far away, the small cottages of the chalet complex are built in woods and are in a style evoking the allure of the taiga, especially during winter. 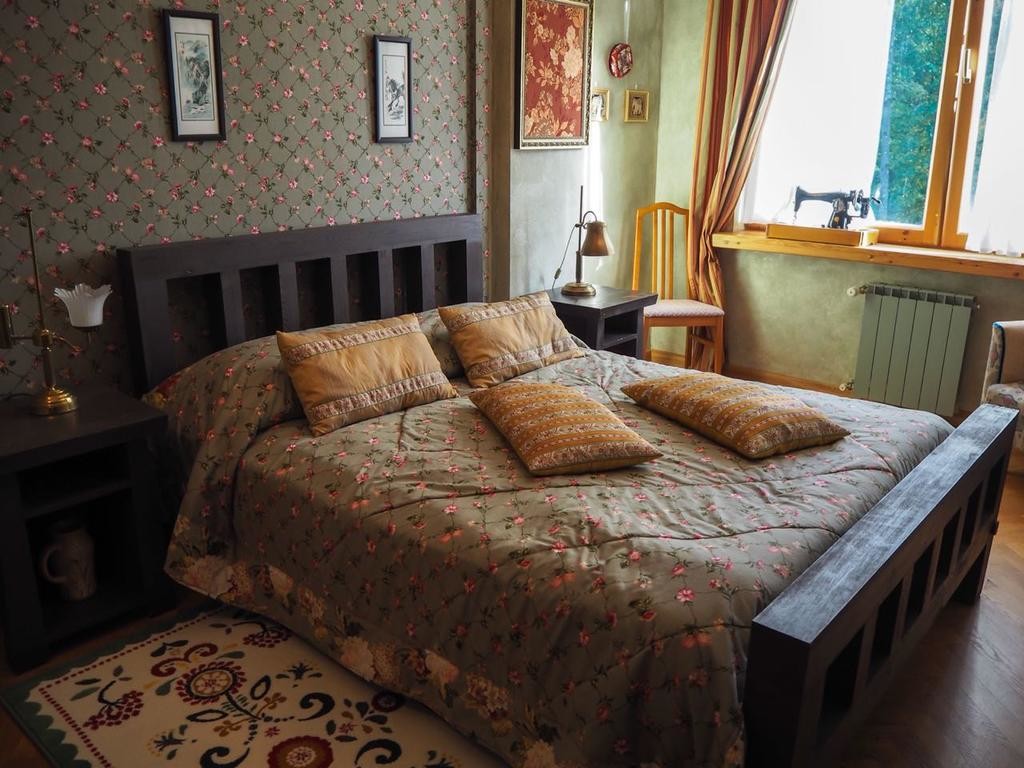 ‘Woodland Village’, ‘Hunters' Village’, ‘House of the Taiga Dweller’ - the very names of the rooms evoke pleasant associations like the smell of wood, the crackling of a stove, country cooking and eating out of a pot. Prices for the cottages start at 14,000 rubles (approx. $190) per night. 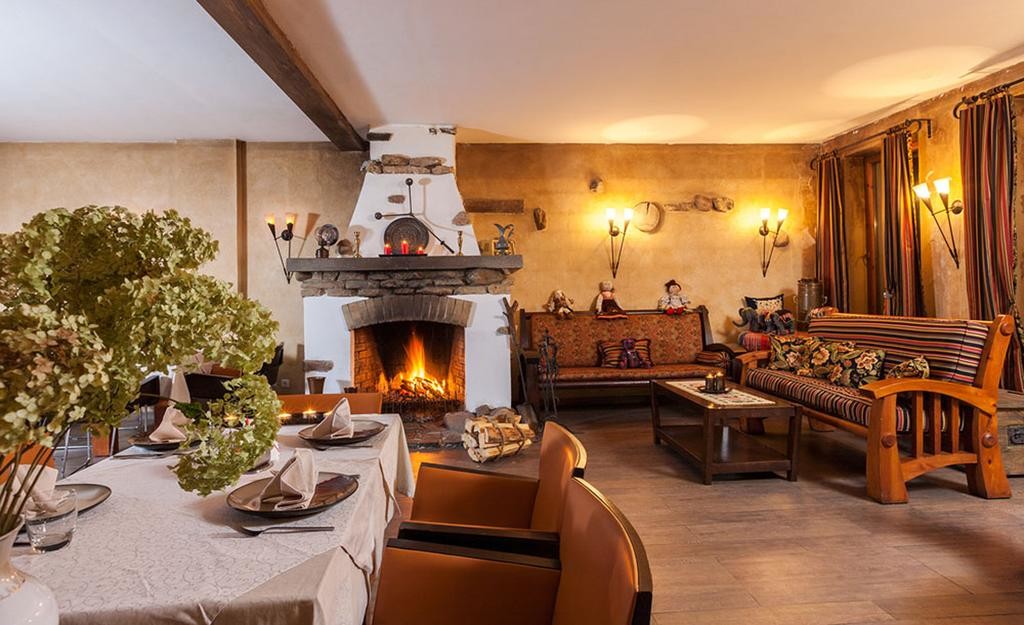 Additionally, tourists here can enjoy Siberian Cedar-wood saunas, sweat it out in the old-fashioned way in a Russian banya, have tea from a samovar with a pine-cone burner and take a healthy walk along woodland trails. 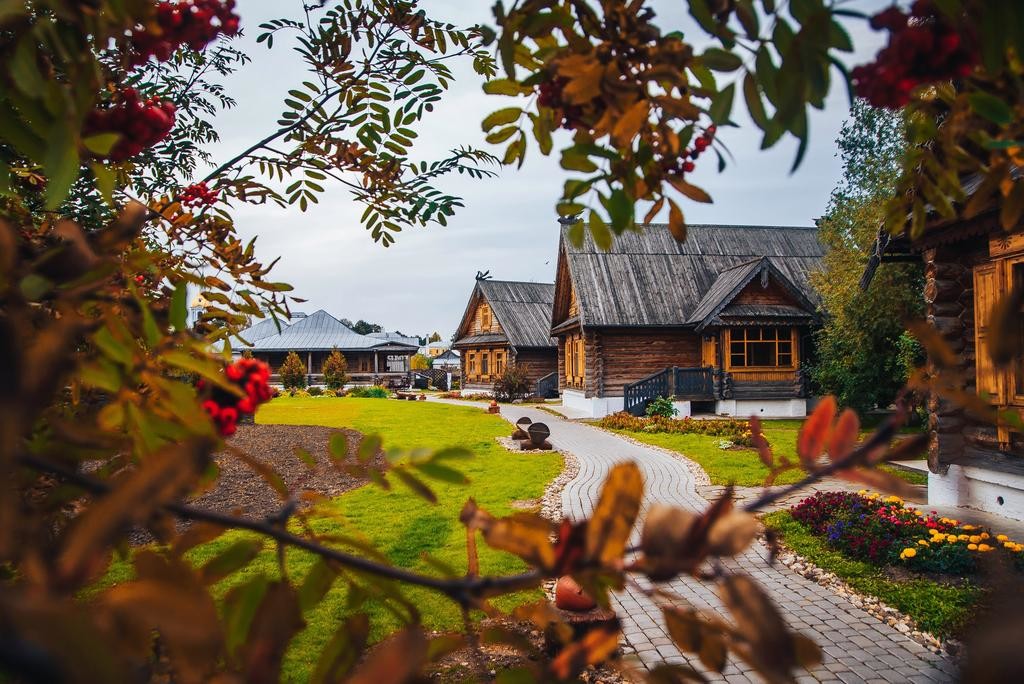 This town in the Golden Ring looks like a movie set for Russian fairy tales. At every step here, there are picturesque Russian surroundings - simply by virtue of the fact that the local residents run guest houses in their own izba cottages. 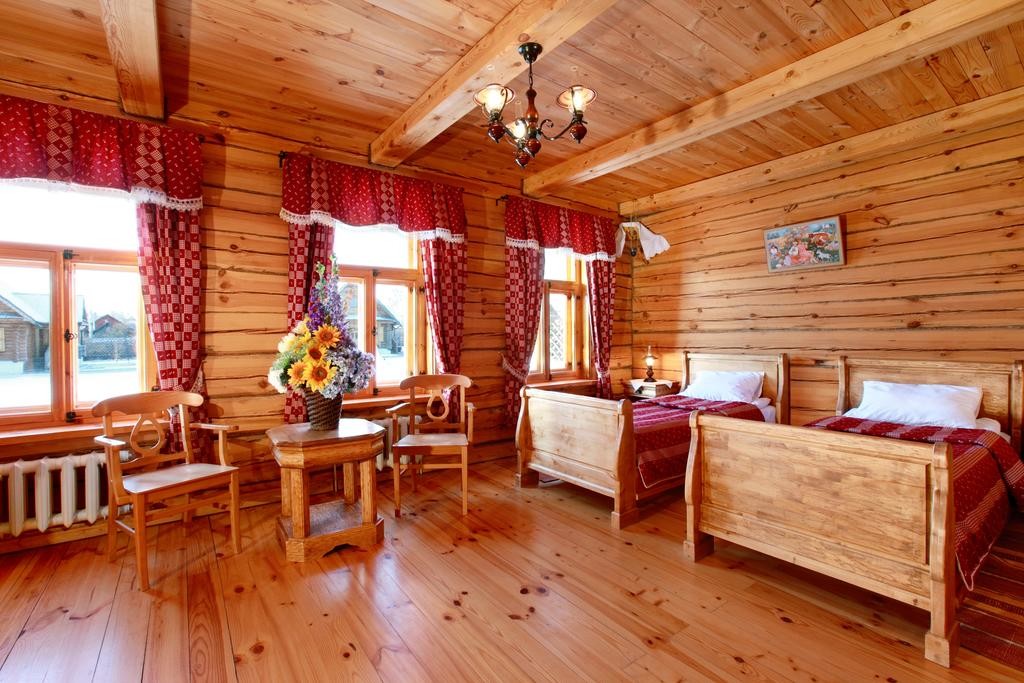 But one of the most popular hotels in the town - Pushkarskaya Sloboda - also offers comfortable traditional Russian style izba-type cottages. At the same time, its selection of rooms also includes classic options, so if you want to feel you are in an old Russian house, but with a plasma screen and a safe, go for the higher-standard (‘Superior’) room for two guests, prices for which start at 8,000 rubles (approx. $100). 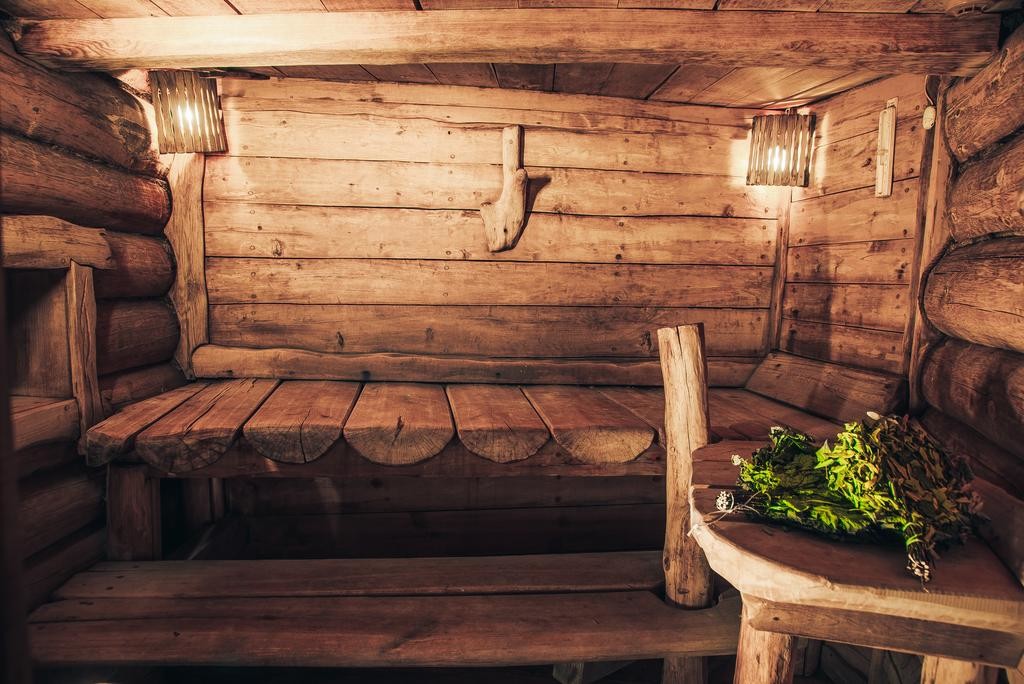 There are several restaurants serving Russian cuisine on site and folk festivals are frequently held - the Shrovetide events are particularly interesting. Nearby is the famous Museum of Wooden Architecture, where churches and houses of the 18th and 19th centuries can be admired. 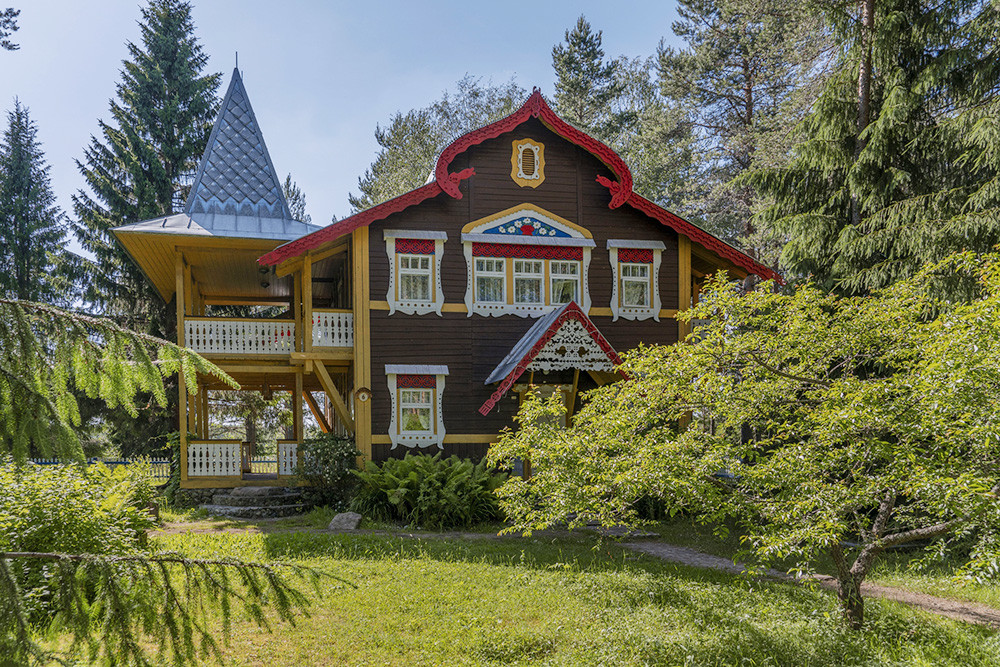 The village of Verkhniye Mandrogi occupies a picturesque spot on the shores of the Svir River in Leningrad Region, almost on the border with Karelia. 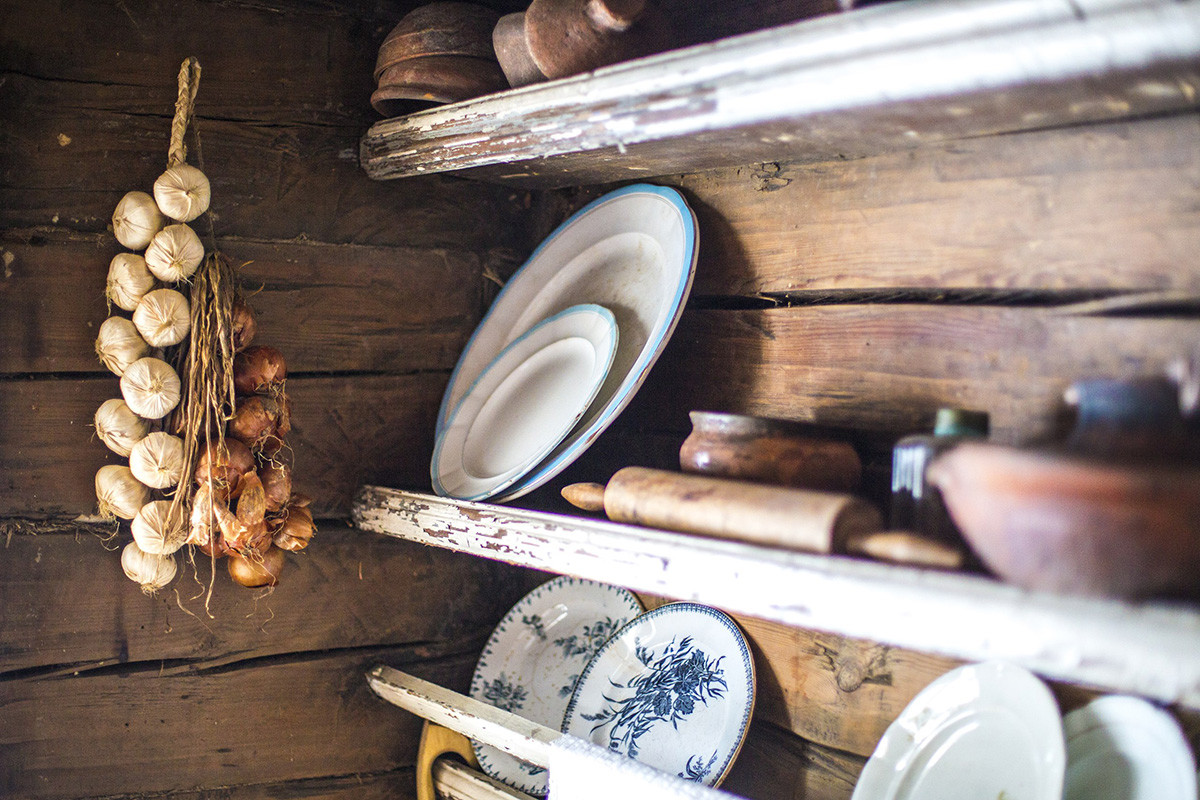 But it is remarkable not only for its natural surroundings, but even more for its izba log houses and wooden church, all of which were brought here from distant villages in Vologda Region, where they were threatened with dilapidation and destruction. 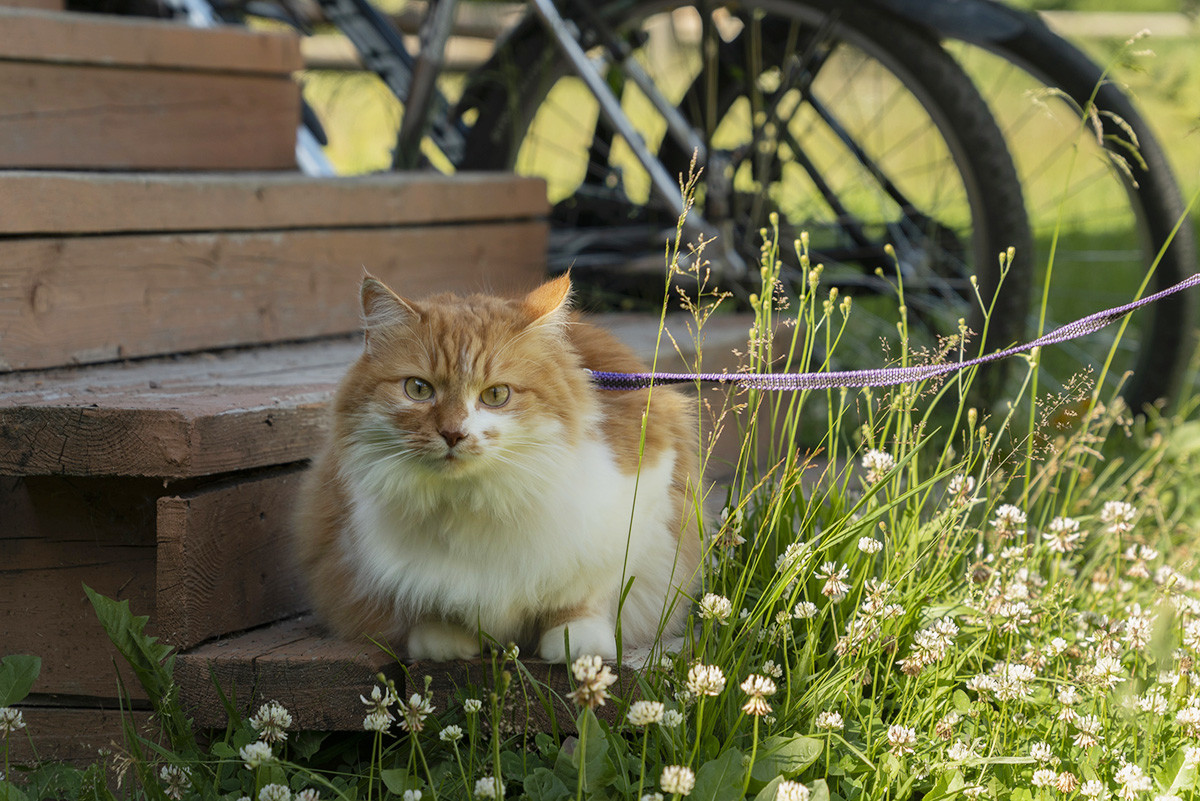 Mandrogi today is a whole leisure village, where you can sample traditional Russian life and even properly immerse yourself in everyday Russian customs, spending the day like a 19th century peasant from Russia’s northern regions. Prices per night range from 4,000 to 70,000 rubles (approx. $50-950). 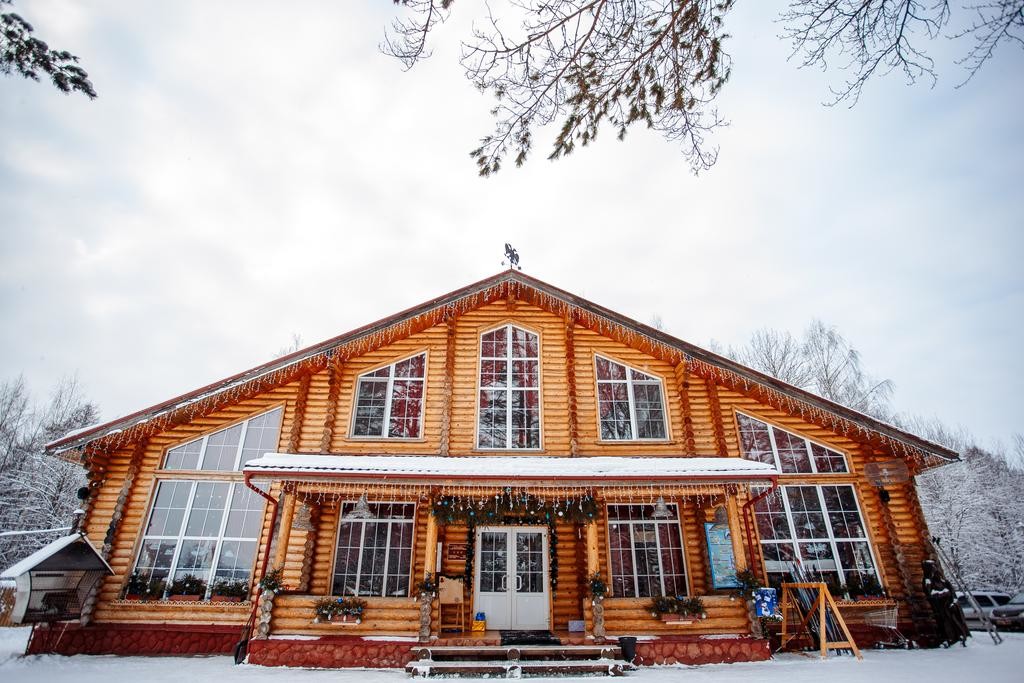 This traditional Russian style holiday center was built on the shores of Lake Derbovezh (400 km west of Moscow). It is very convenient as a stopping-off point for anyone travelling by car, but you can also have a splendid weekend. 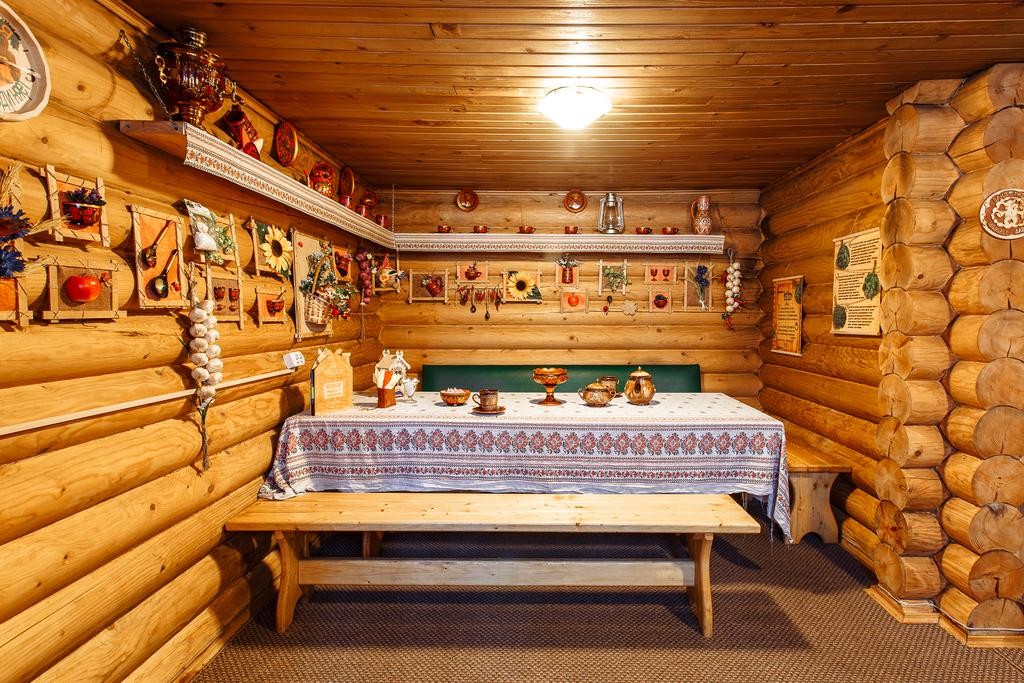 There is accommodation to suit every taste - from small izba-type cottages for two to “royal” terem-style houses. Prices range from 3,000 to 12,000 rubles (approx. $40-162) per night. There are several bathhouses, including a floating bathhouse and an old-style “black” banya, as well as a plunge tub, a small beach, fishing facilities and even the opportunity to go hunting in the company of a professional hunter. 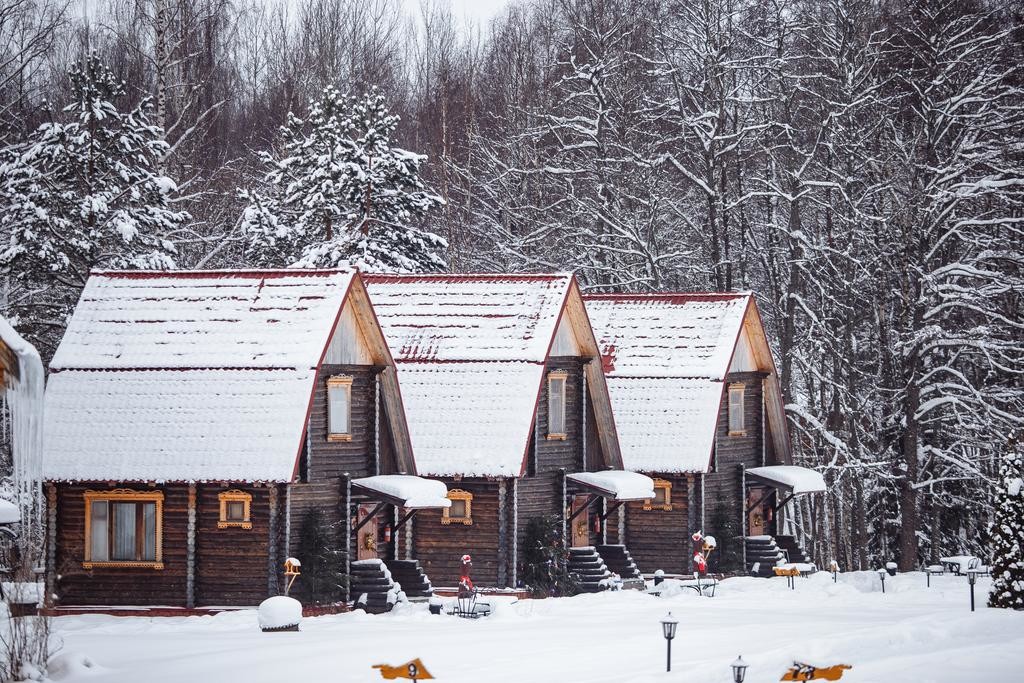 The local restaurant serves Russian cuisine, including dishes made from local produce and fish from the adjacent lake. Meanwhile, all the staff are dressed in traditional Russian attire.