Yakutia has a MASSIVE hole in the ground... and it’s growing (PHOTOS) 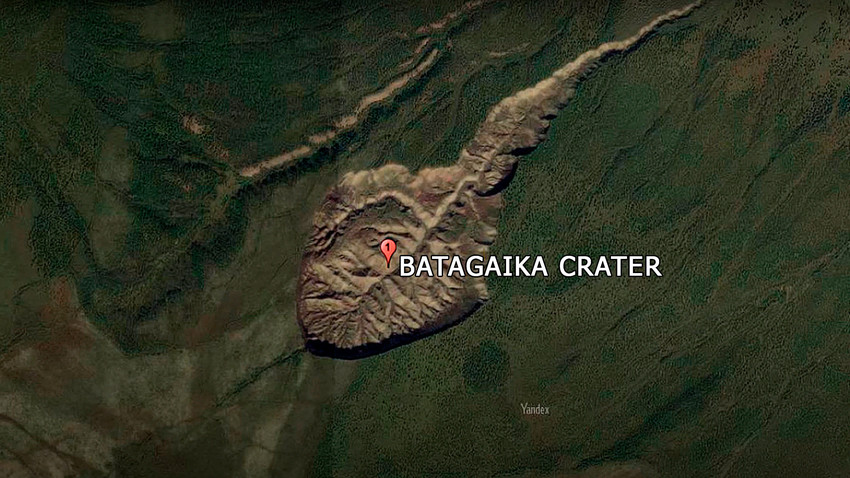 PARADOX / youtube.com
The biggest fault on Earth can be found in the far east of Russia, in the permafrost of the Sakha Republic. Amicably referred to as the ‘Gates of Hell’, this crack in the ground continues to expand. But how did it form? And what kind of danger does it pose?

When you stand next to the Batagaika crater, you can hear strange cracking and popping sounds. You then suddenly realize that there are no more trees around and you’re standing on an overhanging ledge. You’ve reached your destination - the edge of the crater (or what feels like the edge of the earth). Underneath your feet, a frozen hole in the earth protrudes 100 meters down - its walls threatening to collapse any minute. Sometimes, slabs of ice the size of cars break off and plummet down to the bottom.

Locals call the Batagaika fault the ‘Gates of Hell’ and, sometimes refer to it as “a door to the otherworld”. To our dismay, there’s no magic involved: it’s an entirely manmade crack, only called a ‘crater’, due to its sheer size. 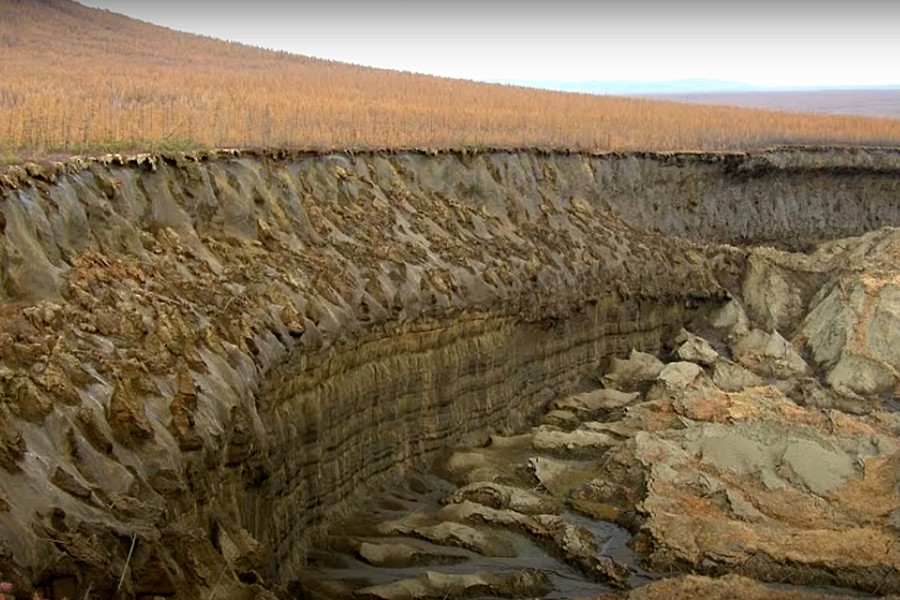 In the late 1930s, the region around Batagaika River was used for tin mining. Later, in the 1960s, the government used the region for its trees, which resulted in soil erosion. At first, it was just a small ravine, but the situation steadily worsened, thanks, in part, to the permanently low temperatures there.

“Deforestation taking place in conditions of permafrost quickly leads to catastrophic consequences. The hydrological situation changed because of it: stream runoffs were reversed, the land cover was ripped off and the permafrost had begun to sink deeper,” says senior fellow of the Russian Academy of Sciences’ Institute of Soil Science, Aleksey Lupachev, who works at the Batagaika crater. 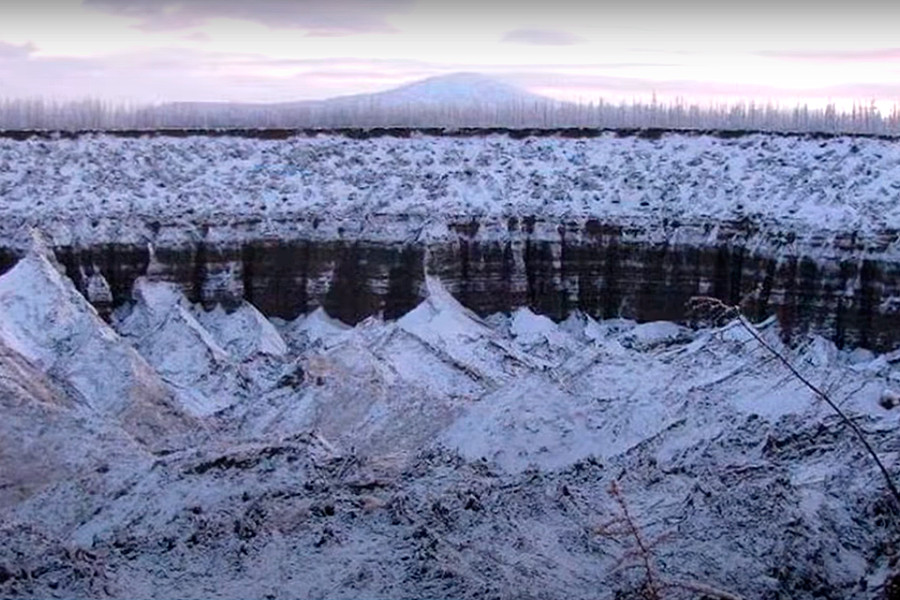 The soil was sagging rapidly and a funnel soon appeared. In winter, temperatures in Yakutia dip below -45-50 degrees Celsius. But in summer, the smoldering heat exacerbates the situation even further, melting away the naked permafrost.

Today, the fault measures around a kilometer in length, 800 meters in width and 100 meters in depth, making it the largest permafrost thermokarst sinkhole in the world. Its shape is reminiscent of a gigantic mollusc with a tail. Locals have often fantasized about what could happen once it “matures” and reaches the local Kirgillyakh peak. And we already have the answer to that. 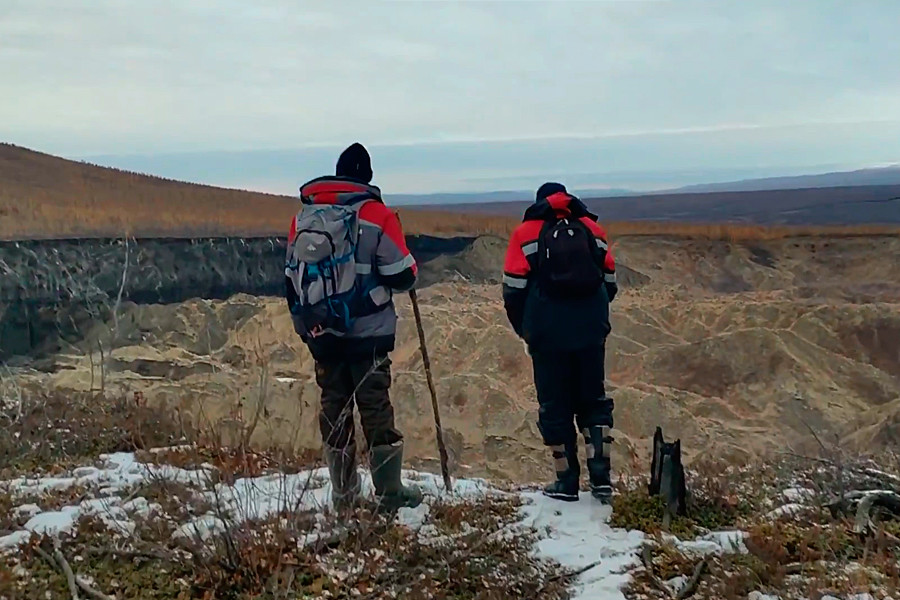 “On average, the fault grows by 10-15 meters annually,” one of the government inspectors patrolling the perimeter says, adding that “it’s a very gradual process, and it’s nothing to worry about”. Lupachev agrees. “The phenomenon poses no danger to the planet. The only real danger is falling into it and breaking your leg.” 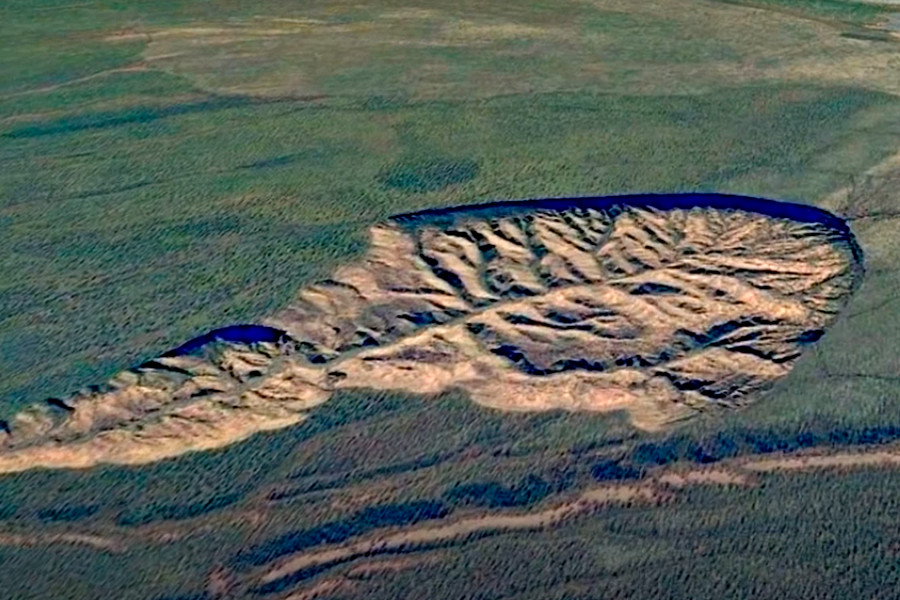 However, the fault continues to attract attention. In 2017, the journal Quaternary Research gave the crater its first large monograph. Due to the ice melt and regular landslides, the mega-fault revealed ancient ice and soil strata, allowing the study of biological and climatic characteristics of our planet. The most ancient of the layers is said to be as old as 600-650,000 years old. Scientists say that this 100-meter deep hole contains our entire history! 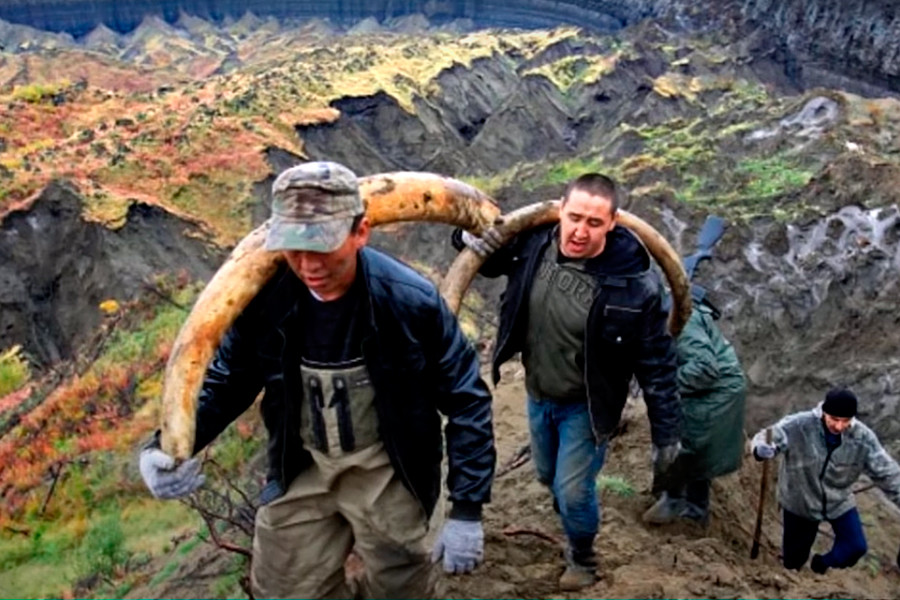 The bottom of the pit often harbors the remains of mammoths (Yakutia is home to anywhere from 60 to 80 percent of the world’s mammoth bones), lemmings, bisons and other ancient animals. The site attracts paleontological expeditions from around the world, but summer is proving to be dangerous for carrying out such work. The ice is actively melting, leading to frequent collapses. Unfortunately, not everyone is deterred by the danger. Some locals are willing to risk their lives and descend into the pit illegally, possibly to try and find a tusk or some other treasure to provide them with several years’ worth of money. 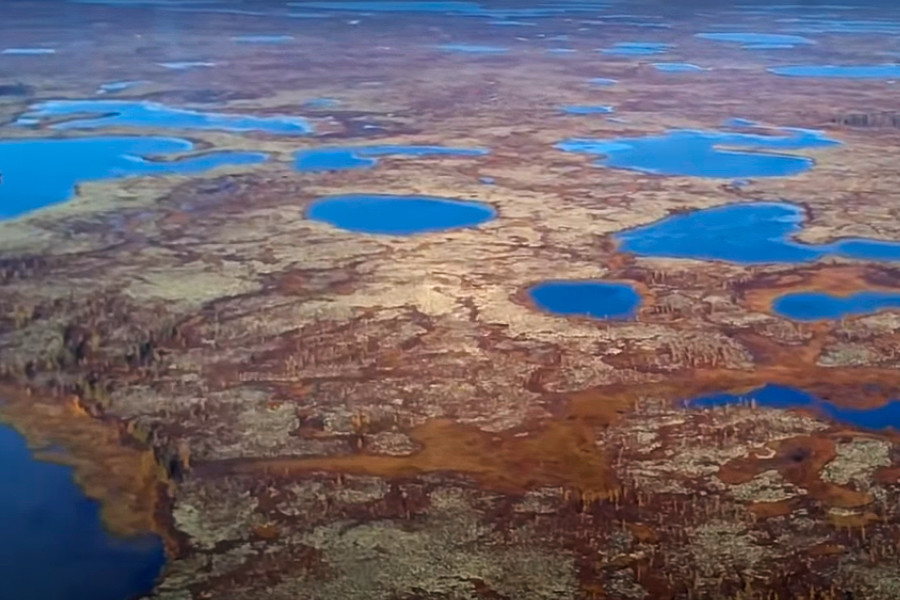 It’s hard to say when the expansion process will stop, but it does have a limit. For example, when it finally reaches rocky soil. The pit will turn into an overgrown ravine in the end, possibly with a lack at the bottom. It could be another 100 years until that happens.