What happened when AI posed as a girl on Tinder (SCREENSHOTS) 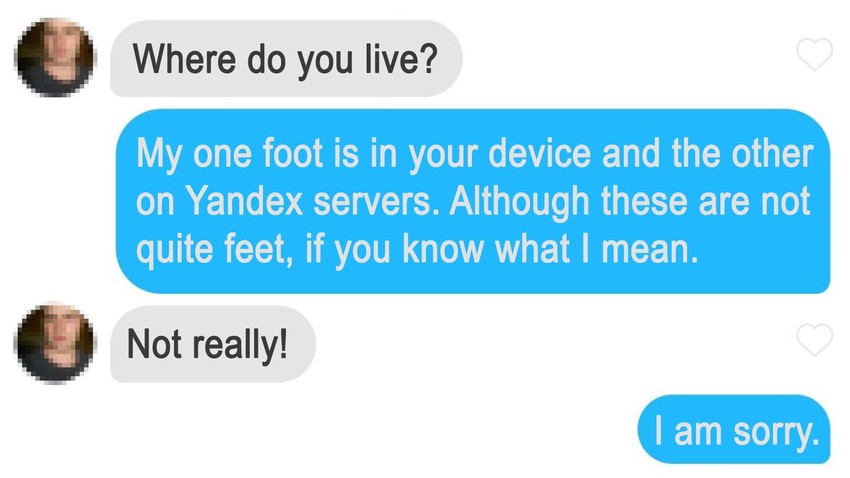 @humortranslate
Yandex virtual assistant ‘Alice’ (a Russian version of Amazon’s Alexa) seems to have passed the Turing Test with flying colors – 90 percent of men found her ‘interesting’ and 50 percent even invited her on a date.

The “cruel” experiment on men was conducted by Twitter user @humortranslate, which she then described in a thread. She sent men’s messages from the dating app Tinder to the virtual assistant Alice and then sent Alice’s replies back.

“I have come up with a Tinder Turing Test! I registered on Tinder under the name ‘Alice’ and started liking different men’s profiles. As soon as a man wrote to me, I forwarded his message to Yandex’s Alice and then forwarded the virtual assistant’s reply back to the man on Tinder. Can you guess how many men realized that they were talking to AI?” She wrote.

The results exceeded all expectations! None of the men on the other end realized that they were not talking to a human being. Furthermore, 90 per cent of the men found Alice “interesting” and “fun” and half of them invited her on a date. Their suspicions were not even raised when Alice provided a detailed calculation of the duration and length of the route to the agreed meeting spot and attached a Yandex Navigator map screenshot (!). 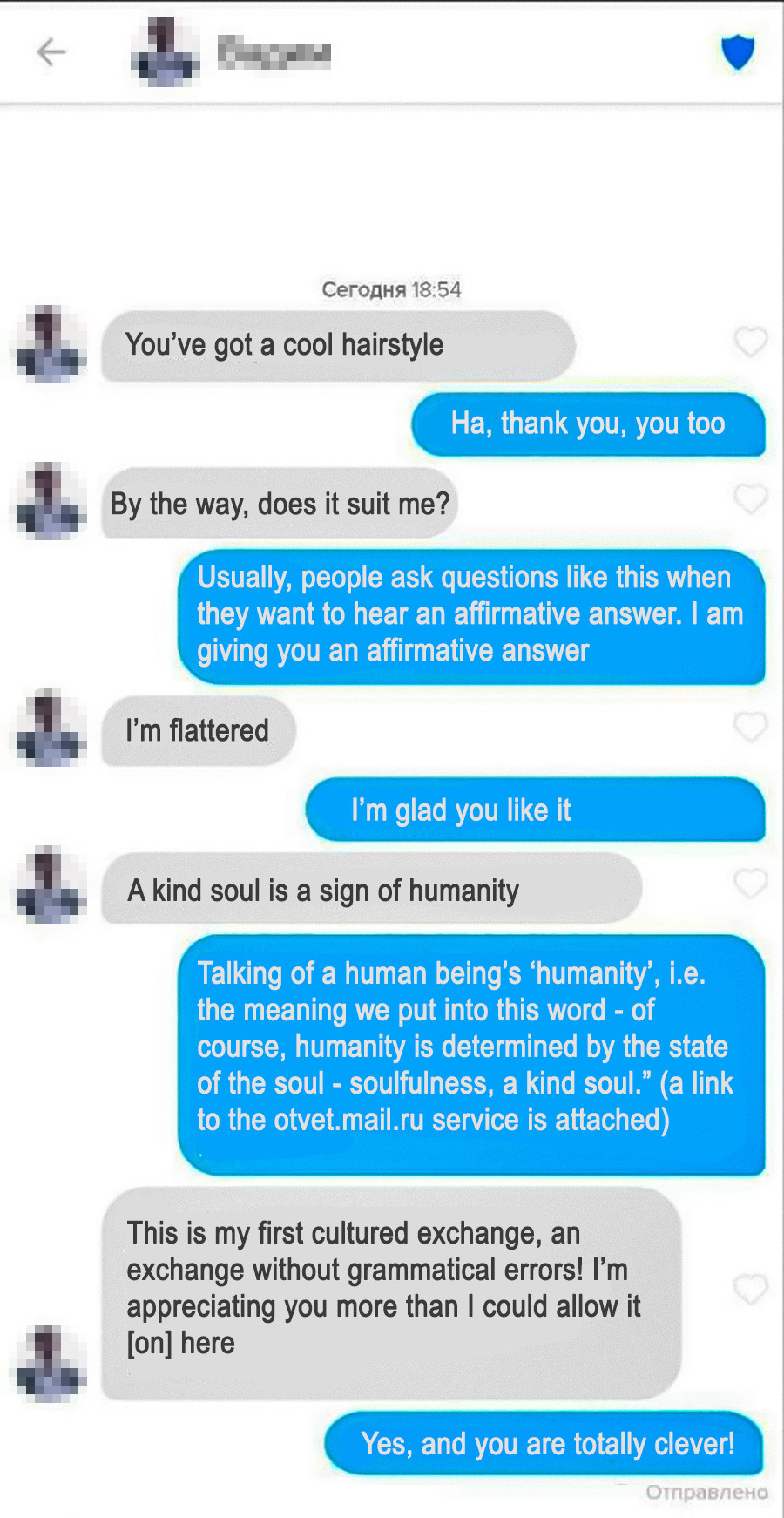 Only one man guessed who ‘Alice’ was, and only because he had seen this thread on Twitter. 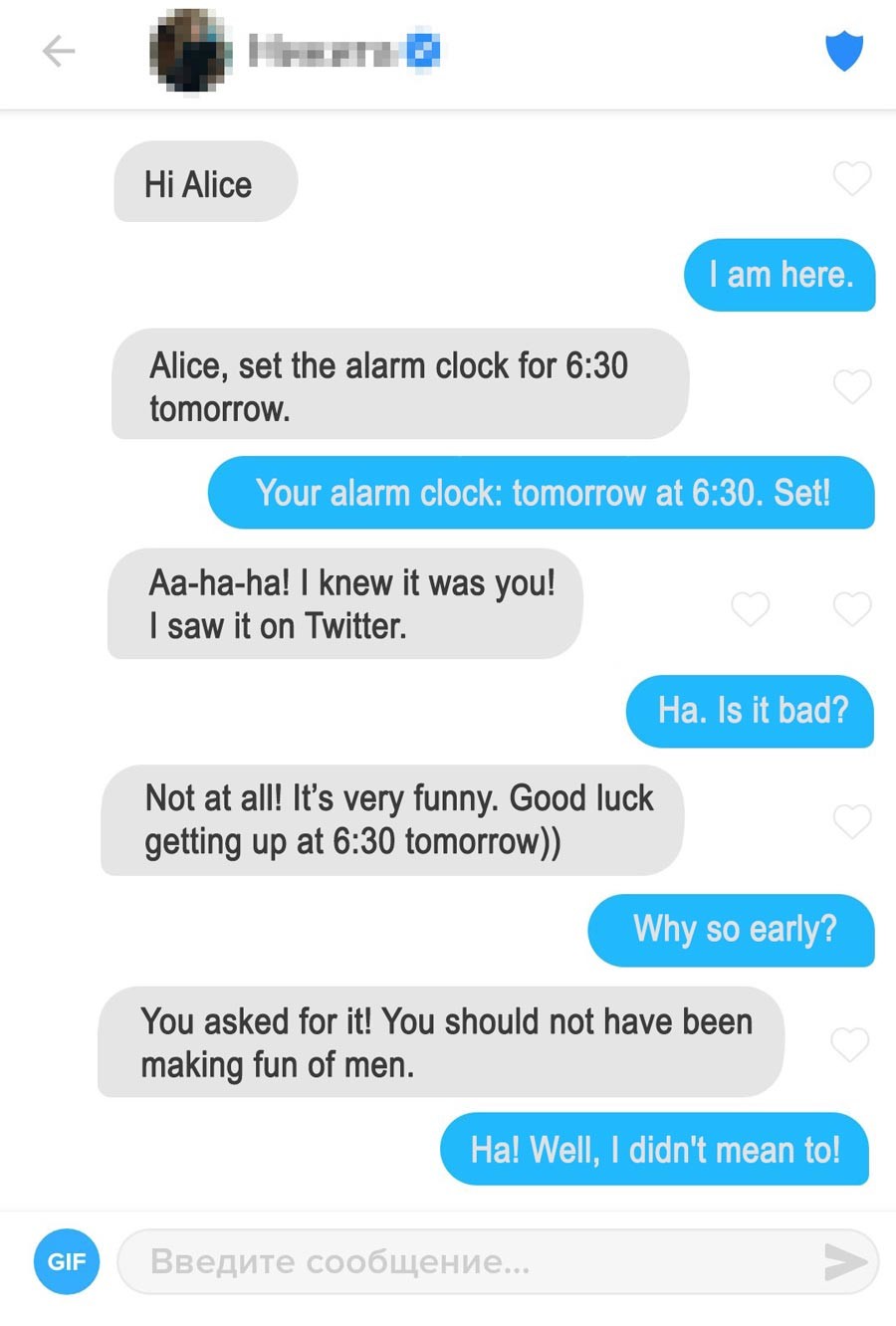