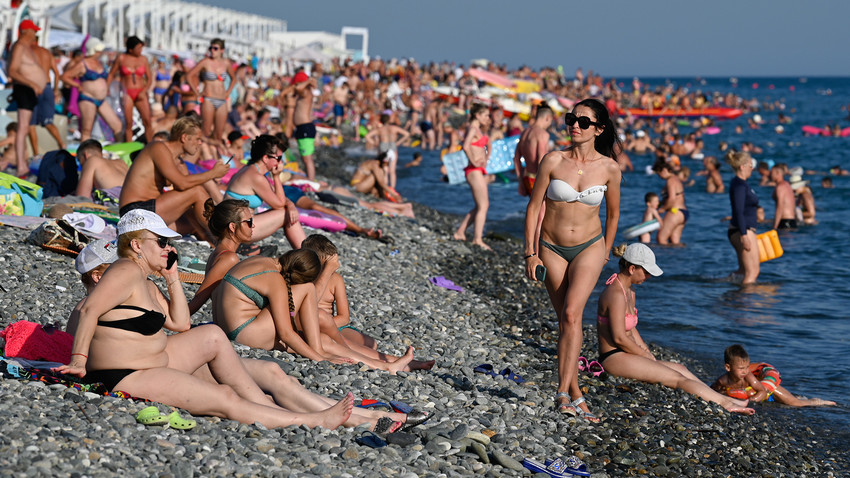 Arthur Lebedev/Sputnik
Russians have been stuck ‘on house arrest’ in their own country for almost the entire summer. With nowhere to go, they’re flocking to Russia’s favorite summer resorts, now literally bursting at the seams.

The camera slowly pans across a massive line for the cable cars, continuing to stretch out of shot. “This is insane,” the author of the video declares. Another video shows a woman threatening to post everything online as she’s being asked to pay for a sliver of shade from a neighboring canopy that she inadvertently ended up under. “So you’re asking money for the shade now, do I have that right? Splendid!” To which the ‘shade vendor’ responds with threats to “remove the shade”.

“So, it’s all on [“all-inclusive” in Russian] in Turkey, and all off in Sochi,” Russians on social media quip. A local business owner shares their sentiments: “The way I see it, Sochi is about to explode. We’ve never seen such an influx of people. It is simply hell for the locals.” 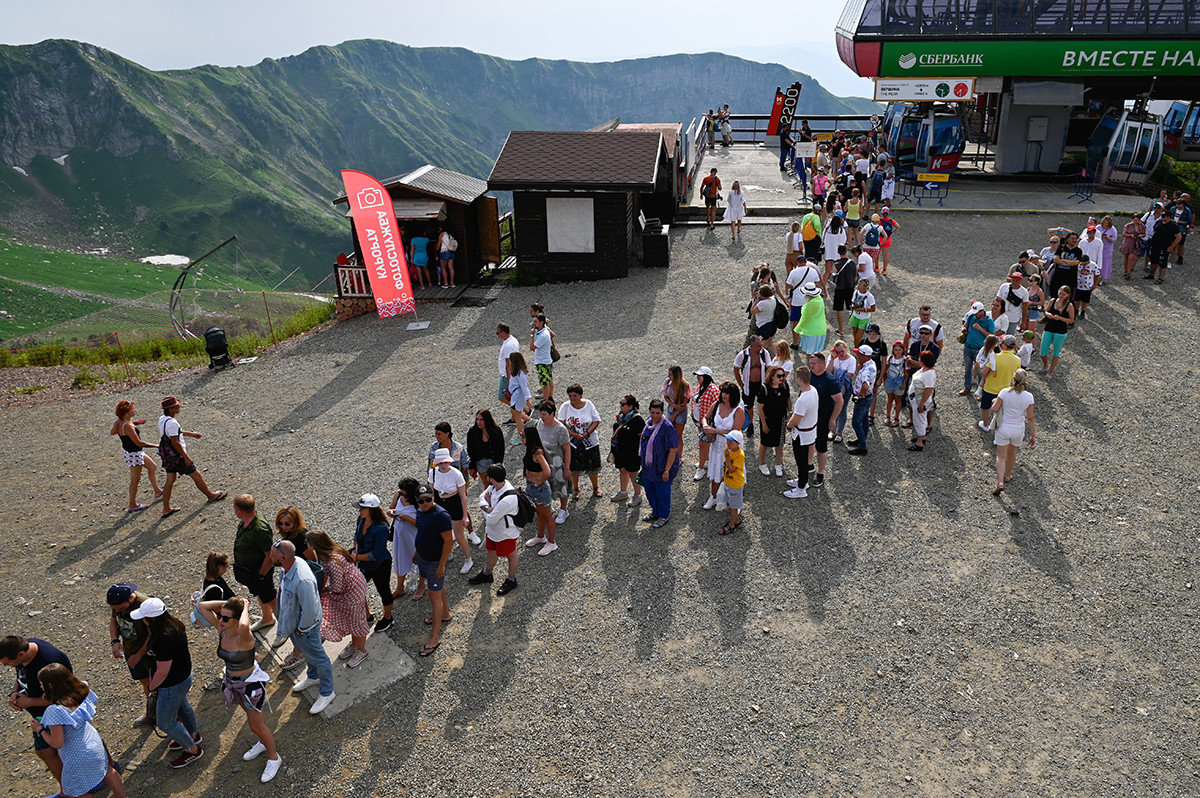 Due to the closed borders, Russians have for the first time been left with no choice but to travel inward, instead of abroad. But is it even worth it? Some 50 percent declared that they’re staying put. You already know what happened to the second half. Sochi - one of the most popular tourist destinations in Russia, is seeing bigger crowds during the COVID-19 pandemic than during the 2014 Winter Olympics.

Crimea, Sochi and the wider Krasnodar Region rank at the very top of the list, according to travel agents. Their airports regularly set new records. Ticket aggregators are also reporting prices being lower this year. According to Aviasales and Tutu.ru, an average bill for a Sochi vacation has dropped by 20 percent. “There are no issues with availability of tickets. The majority of agents have repurposed their [international] charters to service the domestic coast,” says Tatyana Petrova, CEO of Turomania. 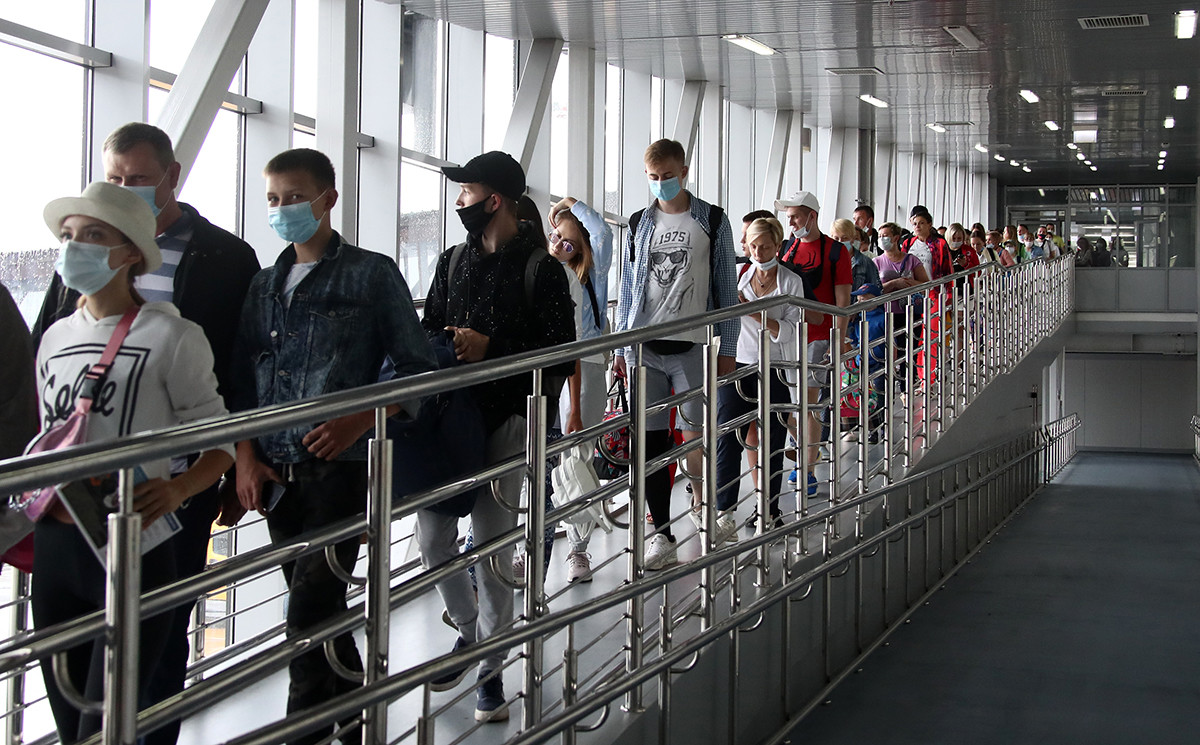 However, this is where the financial advantages end. For example, hotels are at least 40 percent more expensive compared to last year. There just aren’t enough vacancies. Bookings have already been filled until October.

“The more shocking situation is being observed in Crimea. The beaches are overcrowded, all the major hotels are overbooked. Owners themselves confess to selling more rooms than their capacities allow [on the off-chance that some guests aren’t able to make it]. The service suffers as a result. The famous Yalta Intourist hotel used to be considered among the best before the pandemic. This summer, its rating has fallen by several points. People are complaining about the hotel’s restaurants being overcrowded, or about hour-long breakfast waits, as well as the absence of adequate cleaning. All because the [hotel’s] abilities were vastly overestimated, and the staff simply can’t meet expectations,” founder of Darshan Travel Polina Gerber says. 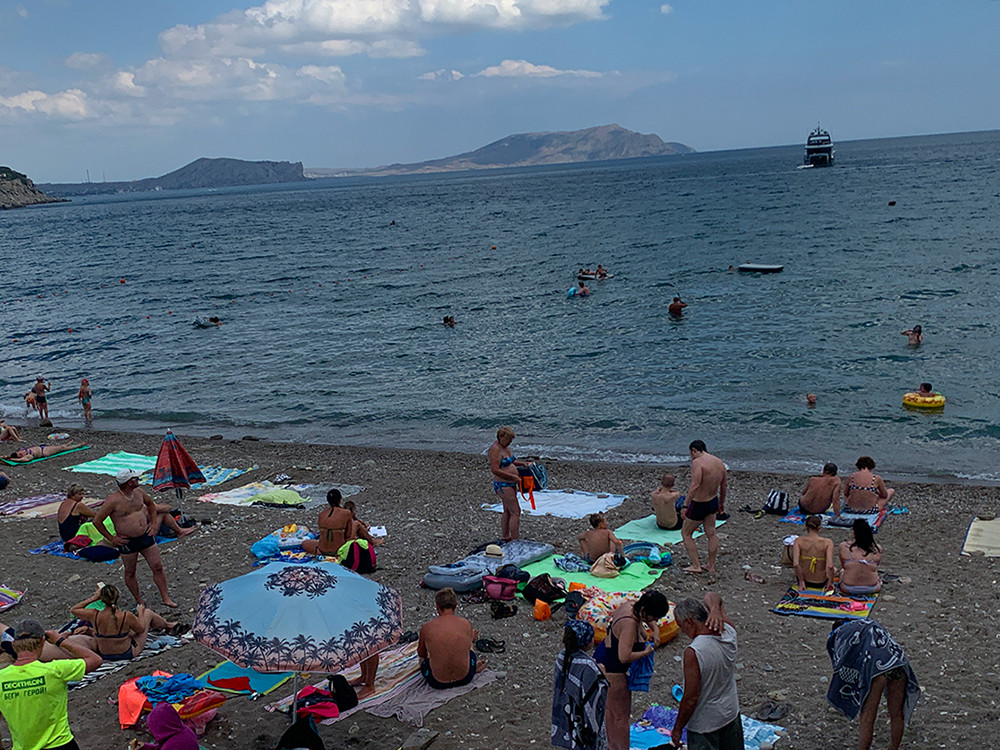 A recent comment online confirms this: “Every day, there is a war at reception. Angry guests come back from the beach, and their rooms have not been cleaned again. We haven’t gotten a clean [room] for several days. My wife managed to twist their arm into changing our sheets and towels at midnight.”

Taxi services, beach cleanliness and food prices are no exception here, either. “We were in Novy Svet, traversed the Golitsyn path, ascended Mount Ai-Petri, and it’s all been beautiful. That is one of the reasons why you want to return to Crimea again and again. But we, instead, remember our Crimea trip for the rudeness we experienced. One driver told us that the only problem with service in Crimea is that it doesn’t exist. And it’s the truth,” Russia Beyond’s Victoria Ryabikova confirms. 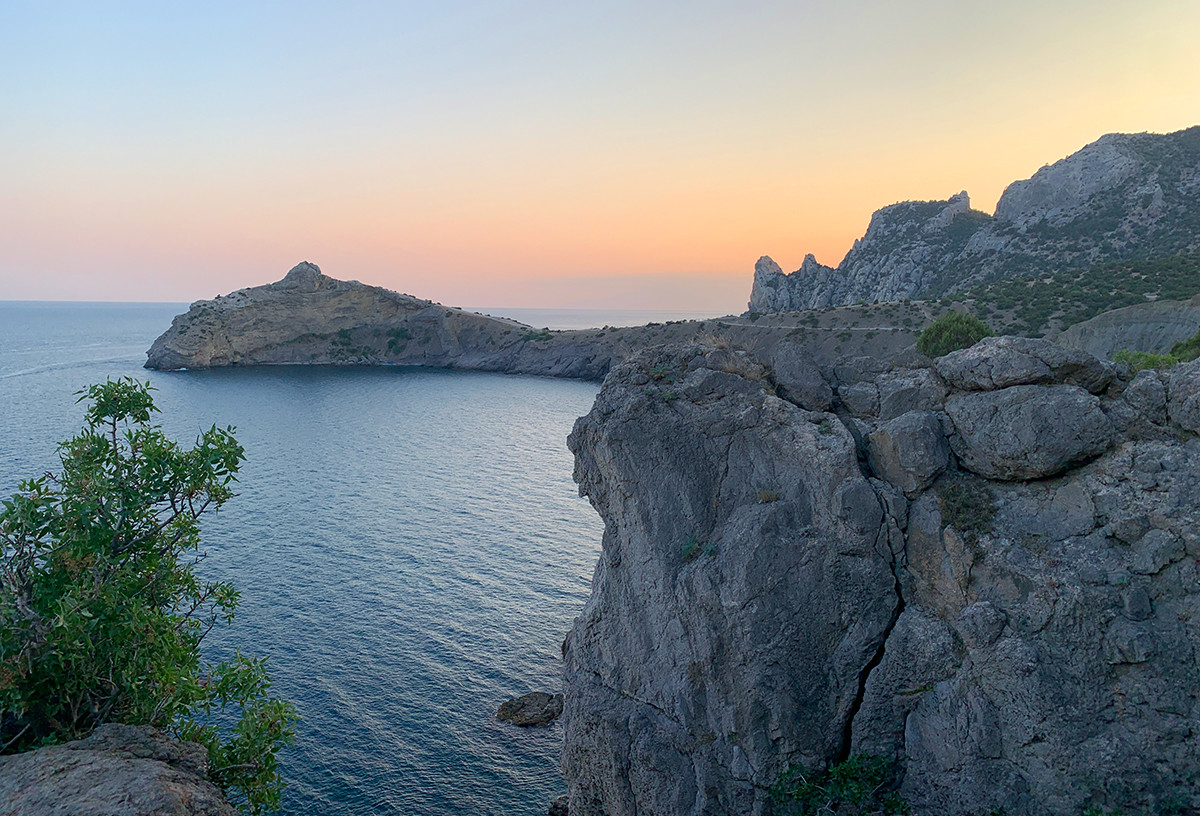 “Our problems started the moment we set foot outside the airport and tried to order a taxi. There is a catastrophic shortage of cars. And they’re really rude, as well. We had to haggle for an hour-and-a half before someone agreed to take us from Yalta to Alupka. And payment is cash only,” Victoria adds. However, the biggest issue, according to her, concerns the price of food: “Restaurants are serving food at Moscow prices, while the dishes have shrunk to unacceptable portions. Half the menu is unavailable - the restaurants are often missing the necessary ingredients.” 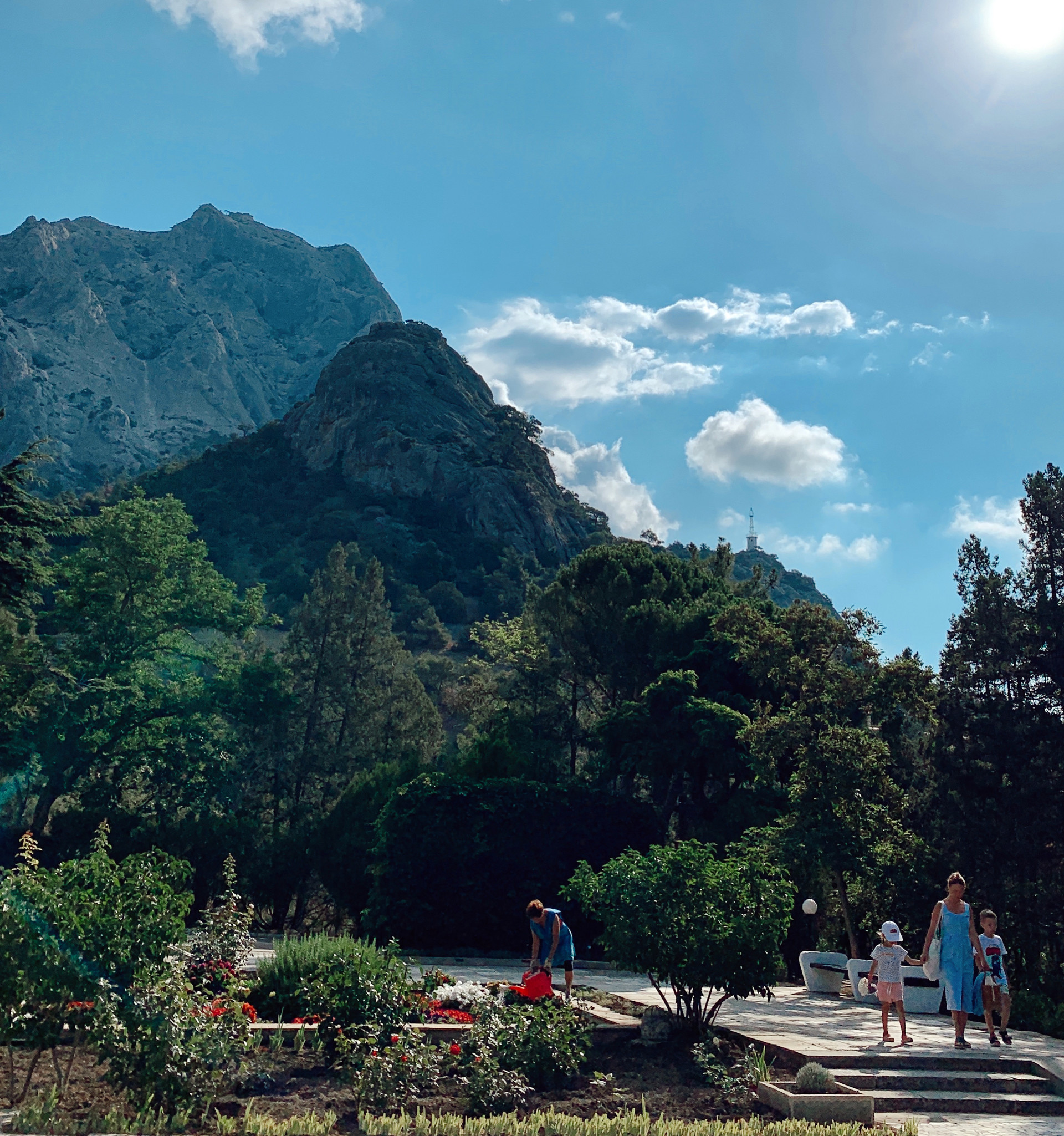 And the one thing you definitely can’t count on Russian summer resorts providing this year is a much needed vacation from the pandemic.

According to Sergey Aksyonov, Head of the Republic of Crimea, of all the issues arising with coronavirus safety precautions, the biggest ones have to do with observing social distancing. “I don't know how to force management and sanitation authorities to oversee the adherence to social distancing, other than to keep them informed,” Aksyonov said. 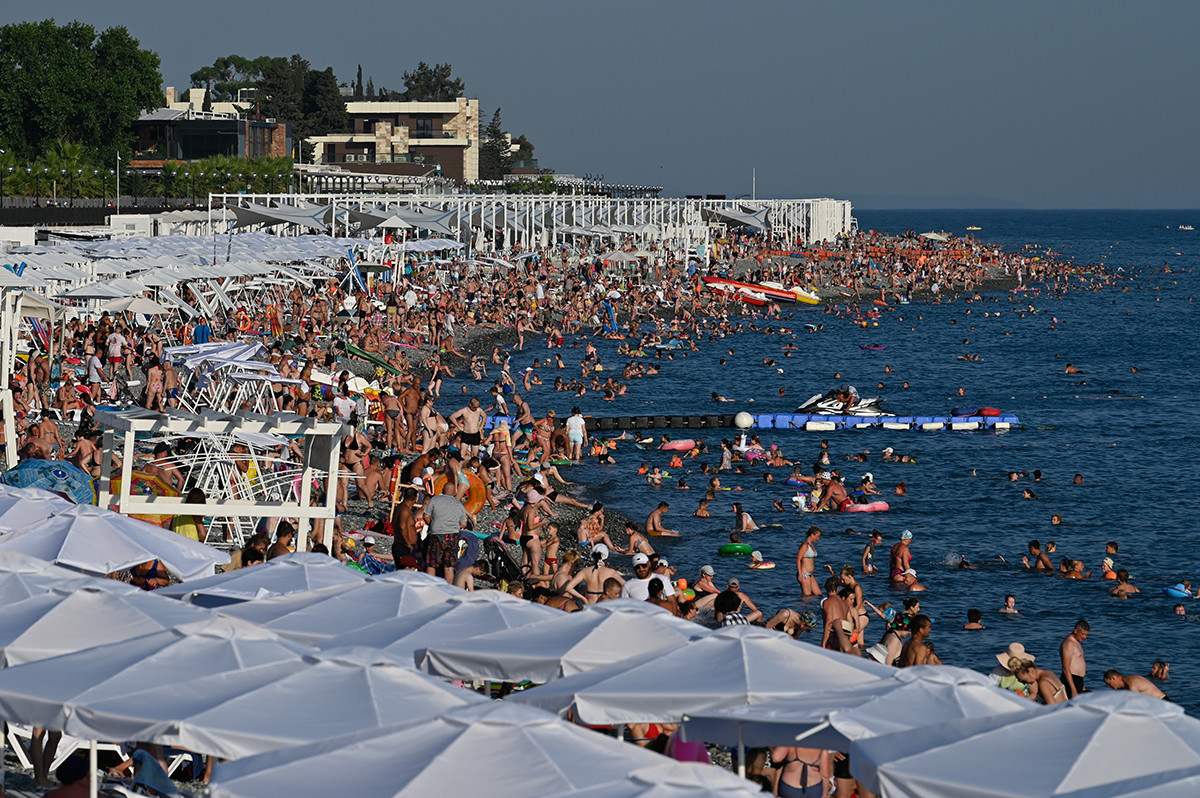 Many tourists, however, are reporting total disregard for safety measures. “I visited all these areas in this period, and am now in Krasnaya Polyana. 99 percent of people aren’t wearing masks, the stores don’t mind letting people in this way either, nobody is reprimanding anybody for their absence. Shopping malls are bursting with people, the restaurants aren’t doing anything to seat people at recommended distances. Many of them aren’t even sanitizing tables with appropriate antibacterials. And when you ask for an antiseptic gel, you risk being ignored,” Gerber says. 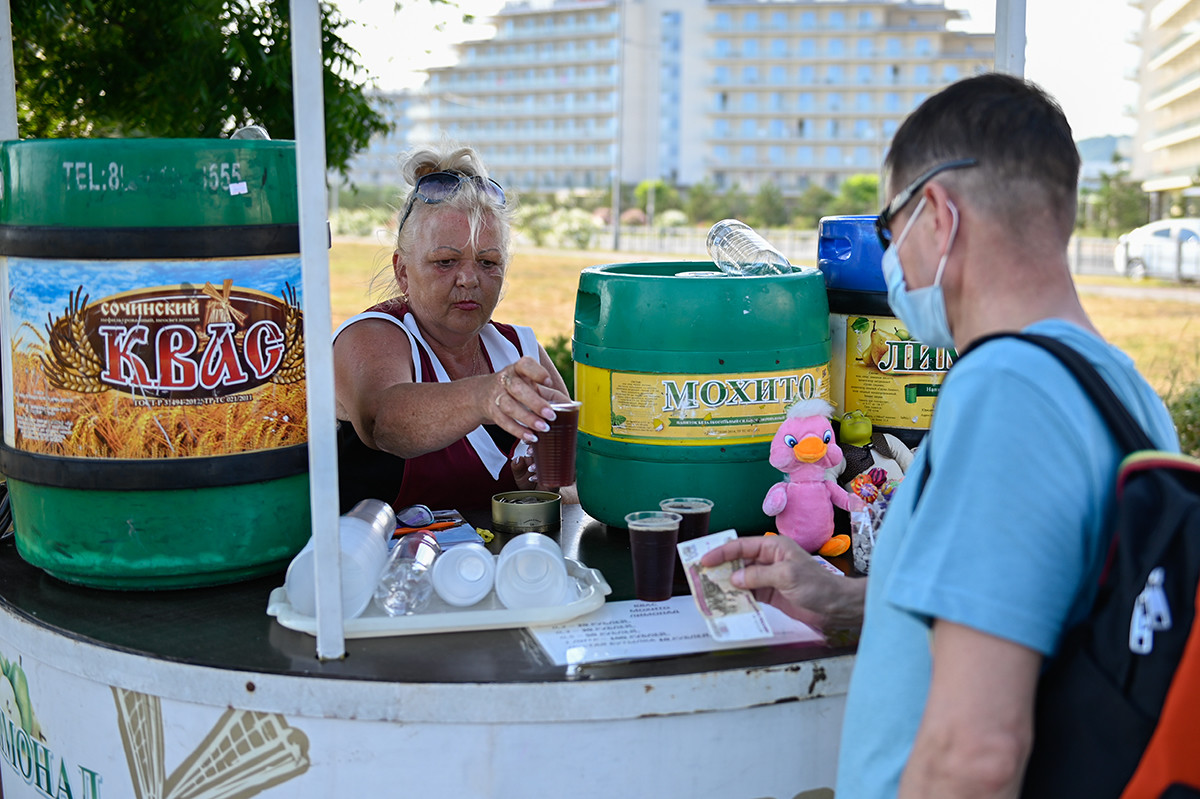 Tatyana Petrova says clubs also have no compunction about gathering huge crowds on their dancefloors, while the beaches reveal a similar picture: “Meanwhile, one hotel owner who’s an acquaintance of ours says that he won’t force his staff to wear masks and gloves in 35-degree [Celcius] heat.”

The likes of Altay, Baikal, Karelia and other less “hot” destinations have been faring better with regard to safety measures, according to travel agents. Hotels in mountain regions are likewise functioning at full capacity, with everything booked for several months ahead. “But the service remains at a premium level, the congestion there isn’t as severe, as it’s more of an active vacation, with better dispersal of crowds. One could book an Altay trip at any moment, although one will have to make due with less fancy hotels than may be desired, and at a higher price. Or simply book private lodgings,” Gerber concludes.