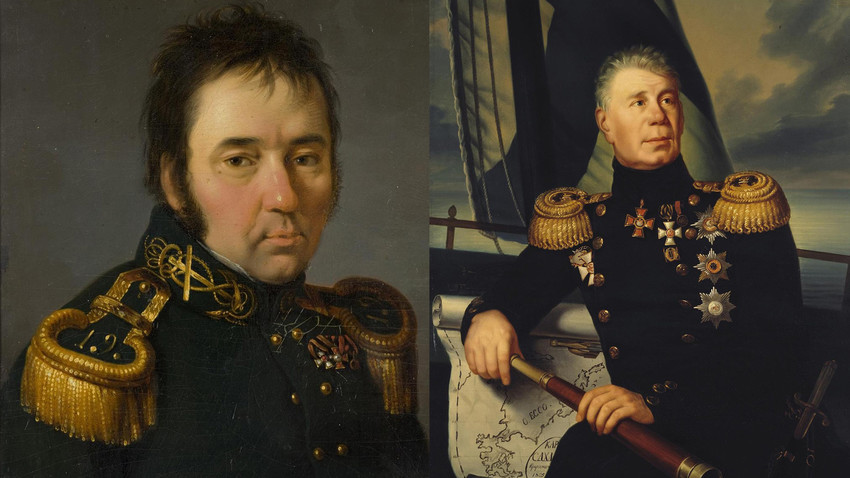 Hermitage Museum
They pioneered unknown seas and widened horizons, despite the great dangers they faced along the way. 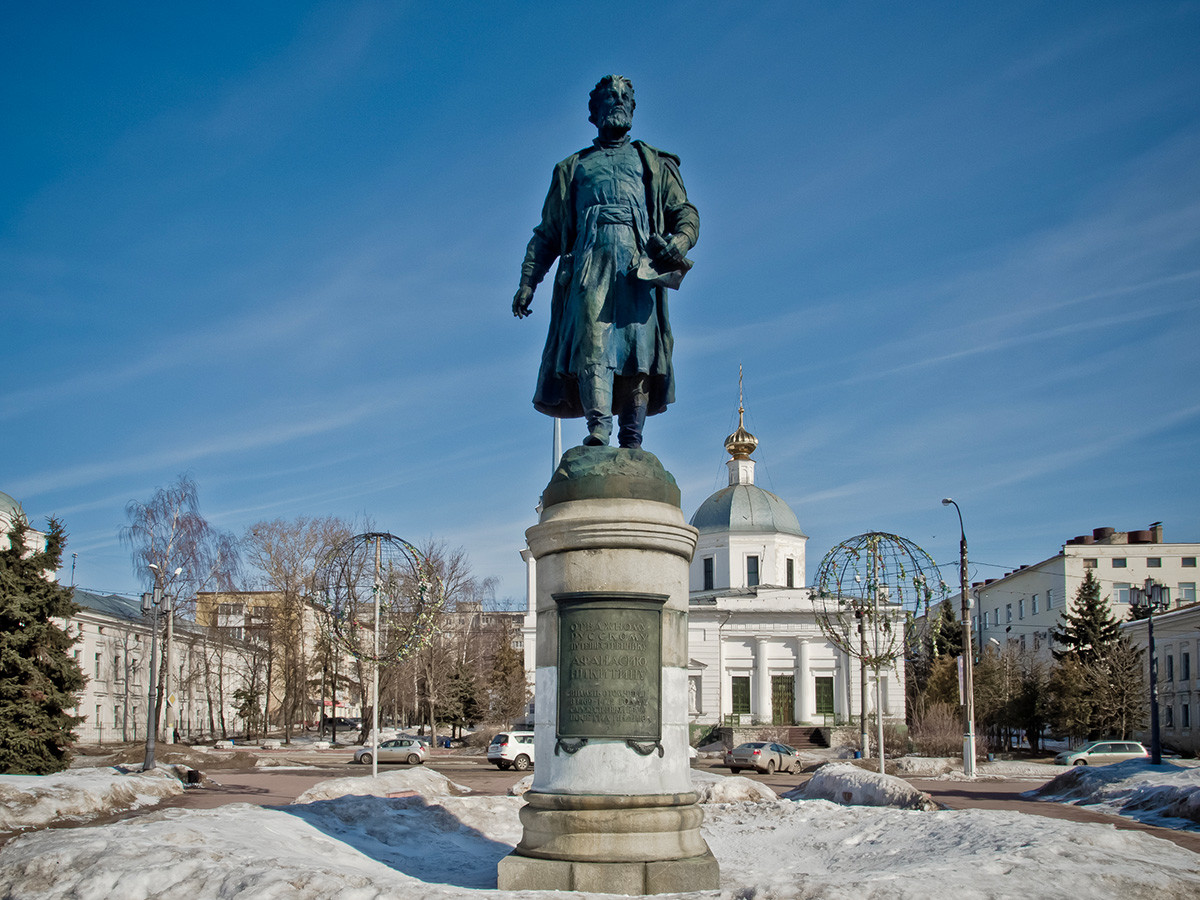 This Russian merchant from Tver made history as one of the first Europeans to travel to India and document his trip in great detail in a book poetically called ‘The Journey Beyond Three Seas’. Nikitin left his native Tver around 1466 and set on an adventurous and risky voyage that led him to such places as Derbent, Persia, Oman, Somalia, and others besides his ultimate destination of Bahmani, a part of modern-day India. Nikitin stayed on to live in some places for years and documented political, economic and cultural peculiarities of the remote regions and territories. 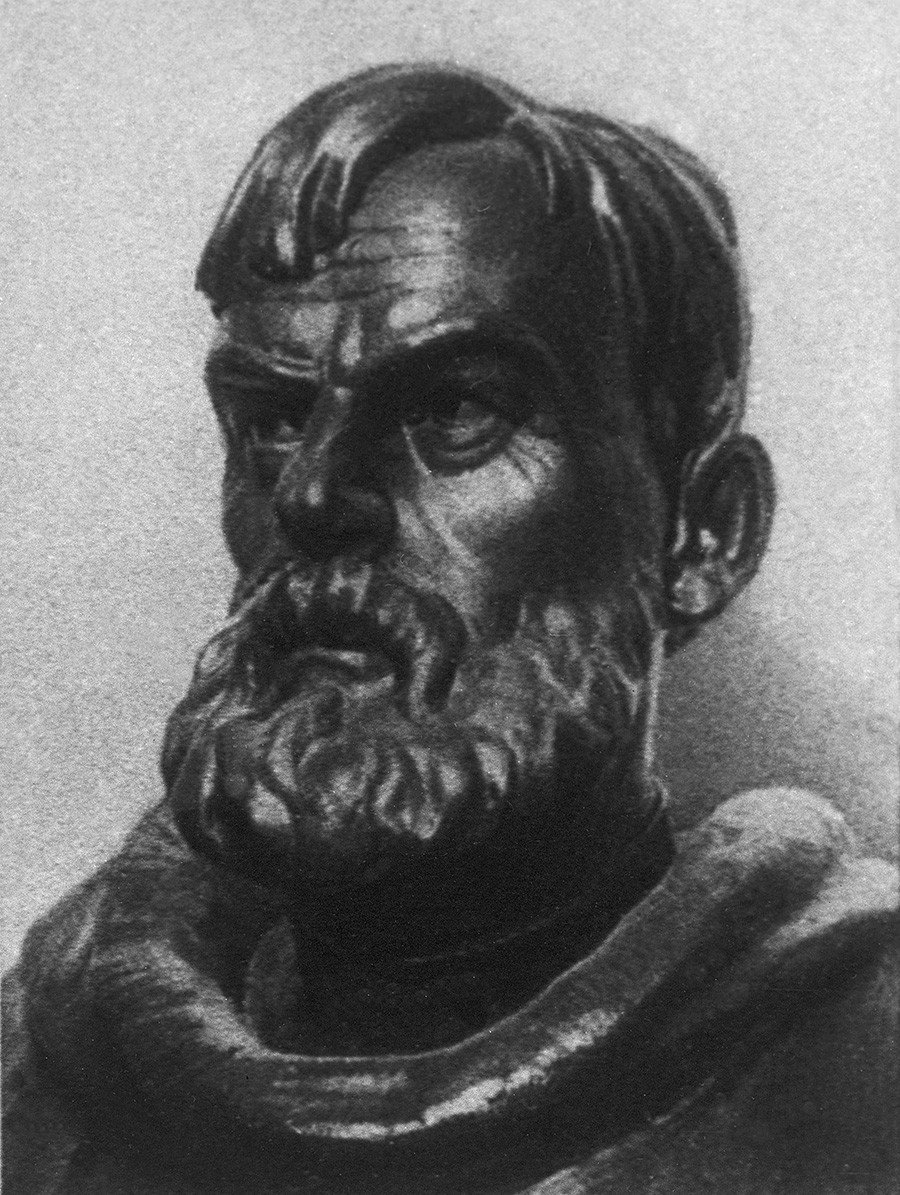 This Russian explorer could have been credited with a discovery of a century hadn’t his chief exploit been largely disregarded at the time. Dezhnyov had become the first man to sail through the Bering Strait separating Russia’s Far East from Alaska in 1648, 80 years before Vitus Bering — another Russian explorer who gave the strait his name — did so.

Dezhnyov’s expedition was akin to a suicide mission, as all but one vessel were lost on the way. Although the explorer failed to take credit for the important geographic discovery, he gave his name to the East Cape [Russian: ‘Mys Dezhnyov’], which forms the easternmost mainland point of Asia. 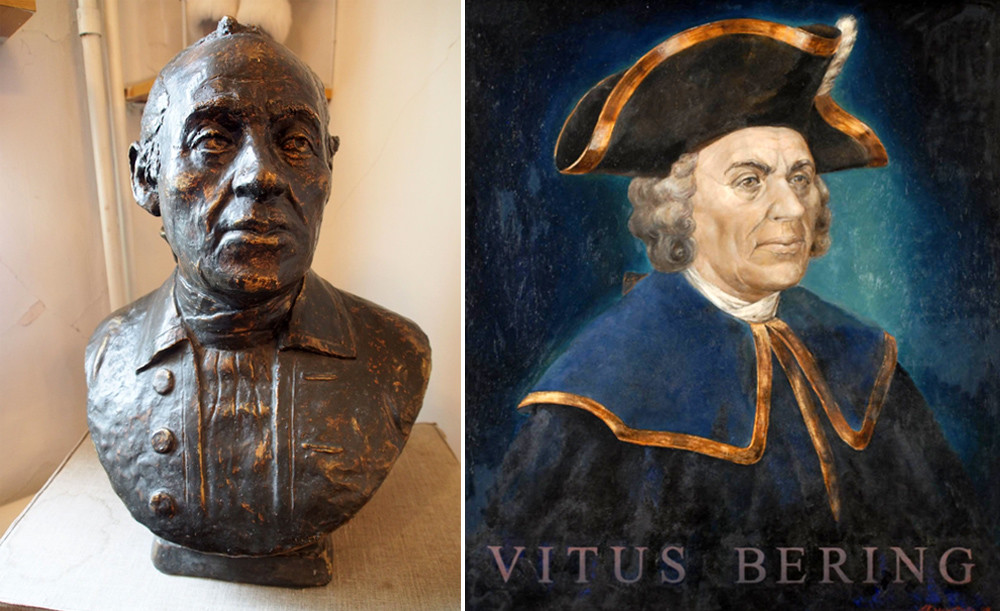 Institute of Archaeology in Russian Academy of Sciences

This Danish explorer, who served as an officer in the Russian Navy, led two groundbreaking Russian expeditions, the First Kamchatka Expedition from 1725 to 1731 and the Great Northern Expedition from 1733 to 1743.

Danish-born, Bering became widely known by his Russian name Ivan Ivanovich Bering. He explored the north-eastern coast of the Asian continent and the western coast on the North American continent. Although the explorer died during the second expedition, geographical objects on both hemispheres are named in his honor, most importantly the Bering Strait. 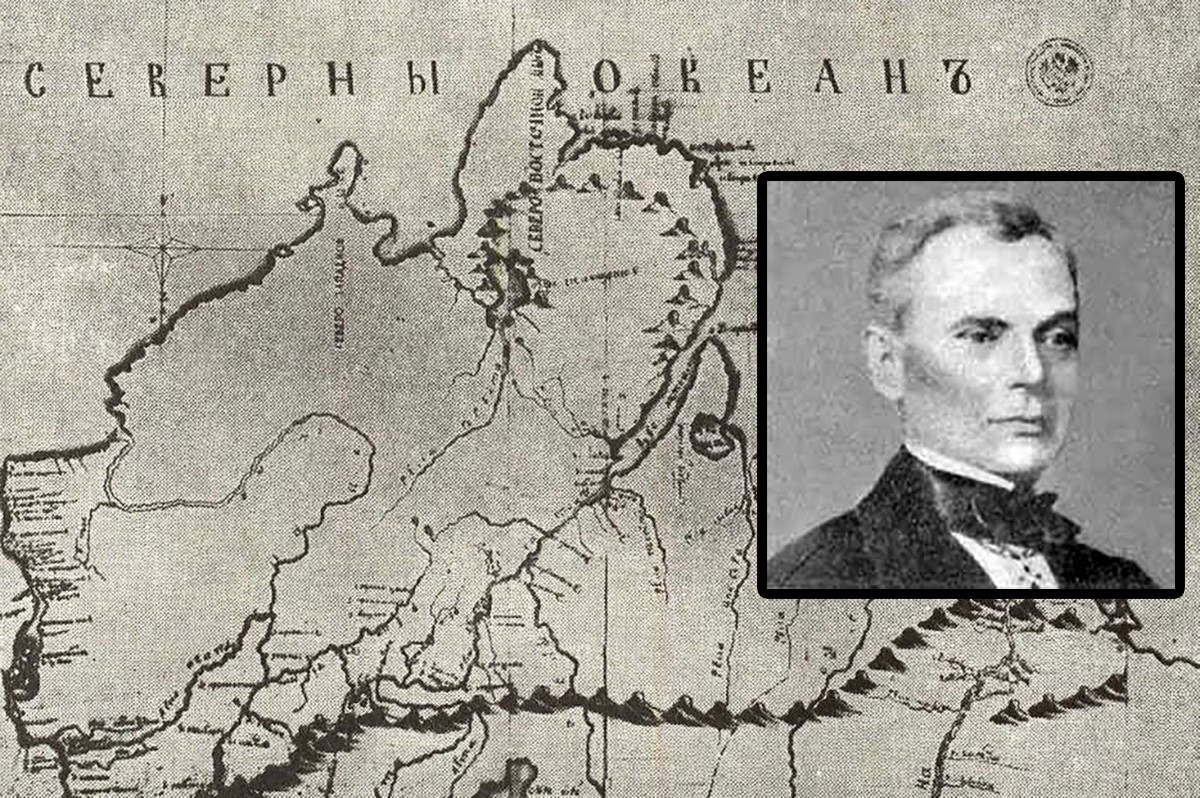 Dmitry was the first explorer to make a survey of the Russian coast from the mouth of the Lena to the mouth of the Kolyma River in the Russian North. Khariton explored the northernmost part of the Siberian coast. He determined the size and outlines of the vast Taymyr Peninsula and discovered many coastal islands in the area. The Laptev Sea in the Arctic Ocean was named in honor of the two cousins. 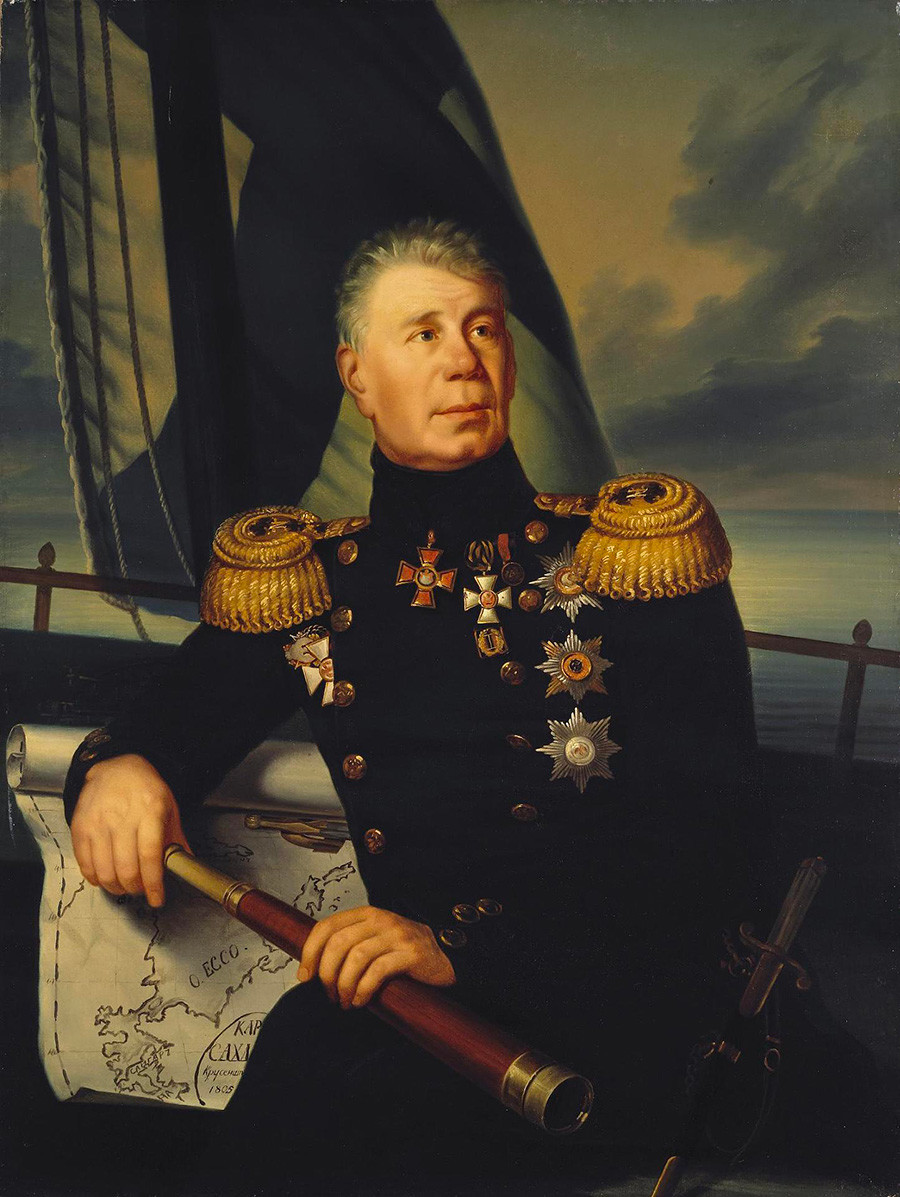 A descendant of a noble but poor German family, Adam Johann von Krusenstern, aka Ivan Fyodorovich Krusenstern, headed the first Russian circumnavigation of the globe that took place from 1803 to 1806.

An experienced explorer, he was appointed by Tsar Alexander I to lead the mission. The primary goals of the unprecedented undertaking were enhancing fur trade with Russian America, establishing sea trade routes with China and Japan, facilitating trade with South America and examining the coast of California for a possibility to establish a Russian colony there.

Although not all of the expedition objectives were fulfilled (for example, Japan refused the entrance to the Russian ships), the first Russian circumnavigation of the globe was a considerable milestone in Russia’s scientific, political and economic development. 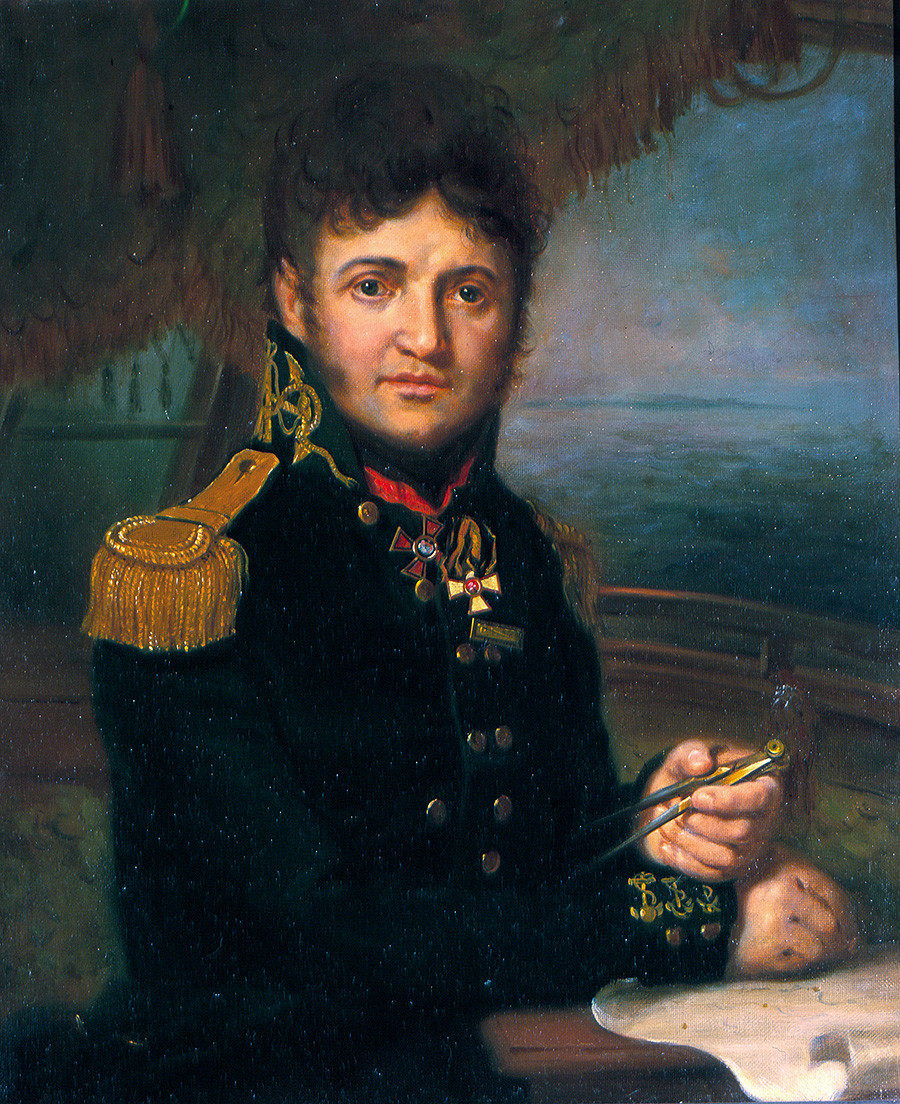 A close associate of Ivan Krusenstern, Lysianskyi commanded the second ship of Krusenstern’s two-ship expedition around the globe. Lysianskyi’s ship — the ‘Neva’ — started the expedition alone with Krusenstern’s ship ‘Nadezhda’ [English: Hope], but they split in Hawaii when Lysianskyi headed towards Alaska. Lisianski Island in the Hawaii archipelago currently bears his name. 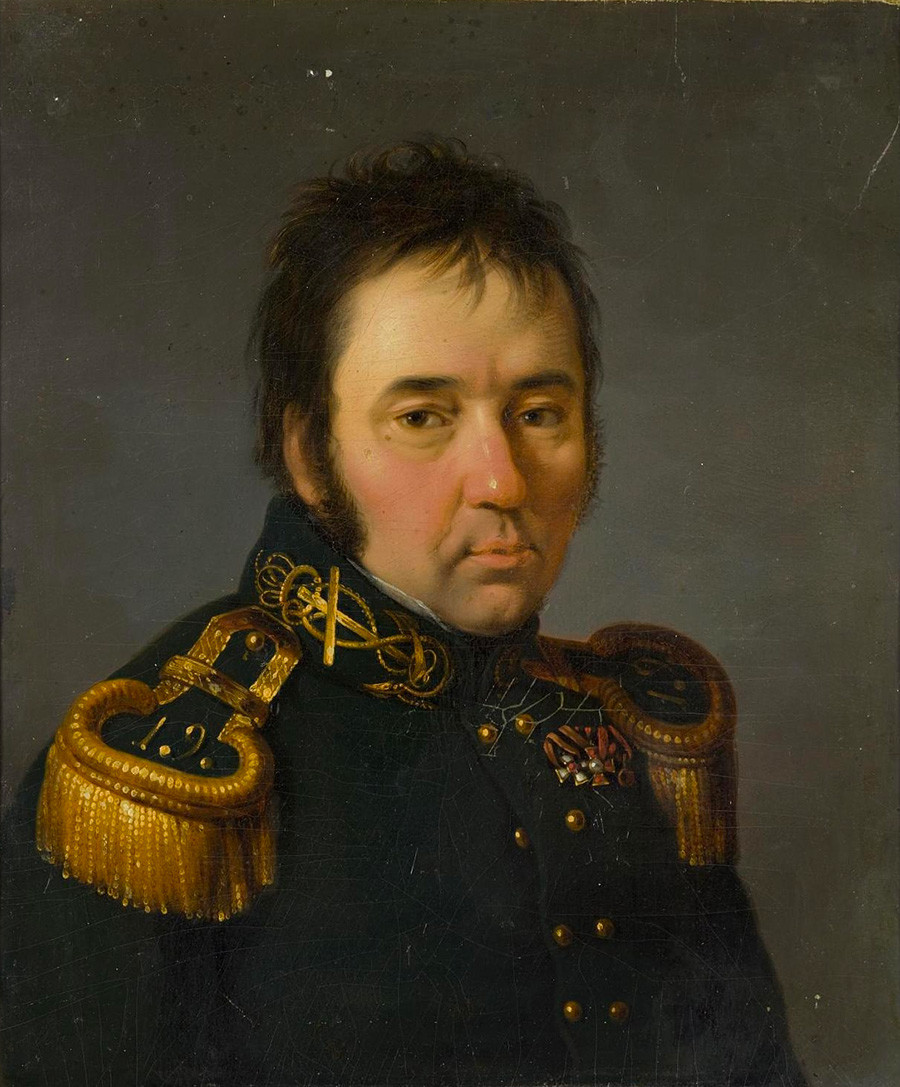 In 1807, Golovnin took command of the sloop ‘Diana’ and started from the Russian port of Kronstadt towards the Cape of Good Hope in South Africa. Being at sea for ten months, Golovnin had no way of knowing relations between the Russian Empire and Britain had, meanwhile, deteriorated to the point where a war broke out between the two countries. In Simon’s Town, Golovnin’s unsuspecting crew and their ship were detained by the British as an enemy vessel. The crew was not arrested, but, instead, confined to the ship until further instructions from London. A year into captivity, Golovnin realized the instructions may never come and plotted a daring escape. At the right time, the crew cut the anchor cables and sailed out of the bay passing by several unsuspecting British warships.

The second time Golovnin escaped from captivity was in Japan. In 1811, his ship and crew were taken prisoner by Japanese warriors who accused the Russians of violating Japan’s policy that prohibited foreigners from entering the country. Released only in 1813, Golovnin published an account of his years in captivity which became a unique source of knowledge about one of the most secluded cultures on earth at the time. 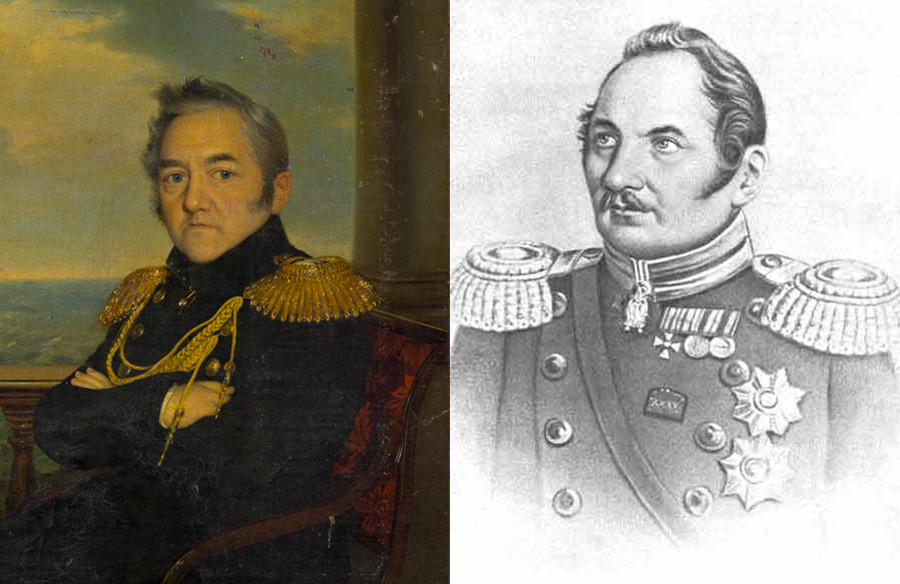 These two Russian naval officers discovered Antarctica in 1820. Although British explorer James Cook crossed the Antarctic Circle and came as close as 150 miles to the shore of the continent in 1773, he never caught sight of Antarctica’s mainland.

Fabian (or Faddei on the Russian manner) Bellingshausen and Mikhail Lazarev dispelled any uncertainty regarding the sixth continent during their two-ship circumnavigation expedition that lasted from 1819 to 1821. The two sloops — ‘Vostok’, commanded by Bellingshausen, and ‘Mirny’, under the command of Lazarev — circumnavigated the newly discovered continent twice, never losing sight of each other.