What has Russia ever done for the United States? 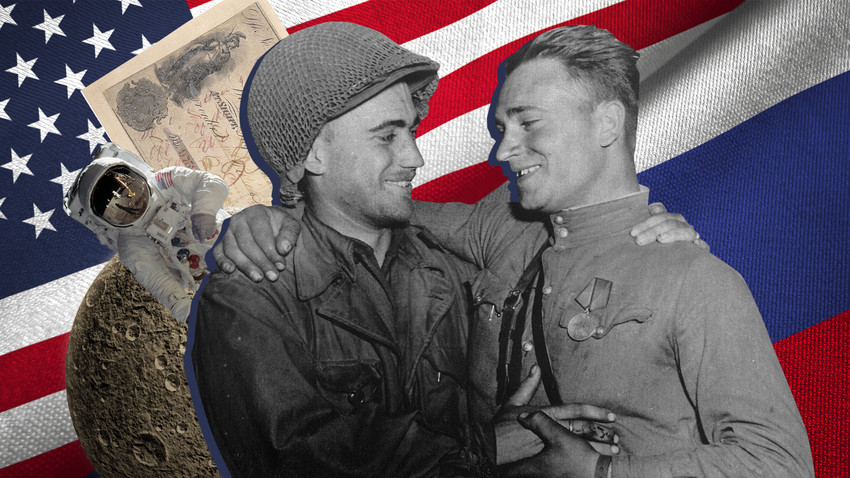 Pfc. William E. Poulson/U.S. National Archives, Getty Images, NASA
From 1861 to 2020, Russia has been one of the most important and also one of the most unlikely beneficiaries to the U.S.

1. Russia supported the Union during the Civil War 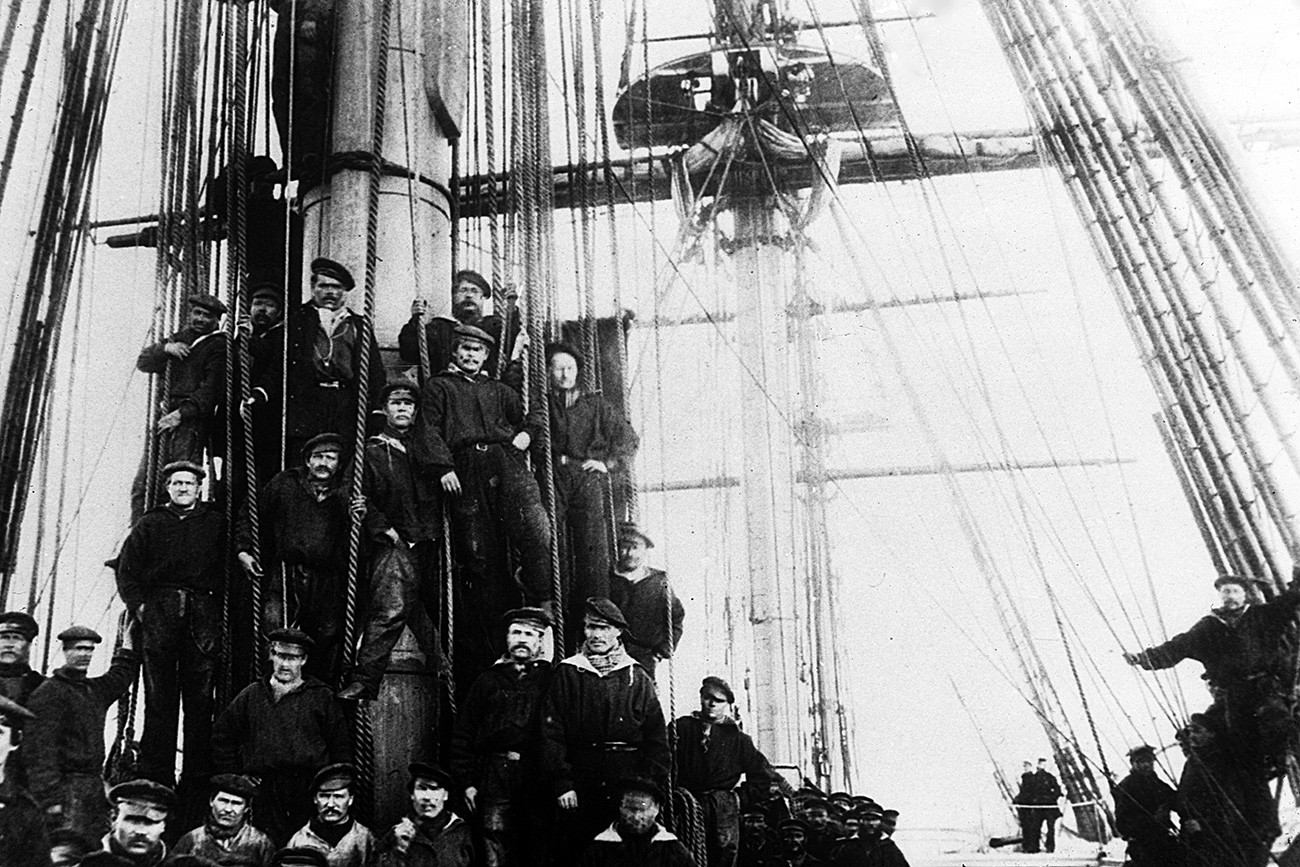 The crew of the Russian frigate Osliaba during the American Civil War in Alexandria, Virginia, 1863.

From the beginning of the Civil War in the U.S., Russia recognized Abraham Lincoln’s government as the only authority, stating its view explicitly.

“Russia desires above all the maintenance of the American Union as one indivisible nation,” Foreign Minister Alexander Gorchakov wrote in 1862 to Bayard Taylor, secretary of the U.S. embassy in St. Petersburg.

Russian Emperor Alexander II — who abolished serfdom in Russia in 1861 just two years before Lincoln issued the Emancipation Proclamation of 1863 that proclaimed the end of slavery in the Confederate states — backed his words with actions when he ordered a Russian fleet of six warships to head to the port of New York and six additional warships to San Francisco. The presence of the Russians in two key ports of the Union helped prevent a sudden attack by the Confederacy.

Shadowed so long by the storm-cloud of danger,

Thou whom the prayers of an empire defend,

Welcome, thrice welcome! but not as a stranger,

Come to the nation that calls thee its friend!

Bleak are our shores with the blasts of December,

Fettered and chill is the rivulet’s flow;

Throbbing and warm are the hearts that remember

Who was our friend when the world was our foe.

Look on the lips that are smiling to greet thee,

See the fresh flowers that a people has strewn

Count them thy sisters and brothers that meet thee;

Guest of the Nation, her heart is thine own!

Fires of the North, in eternal communion,

God bless the Empire that loves the Great Union;

Strength to her people! Long life to the Czar!

Click here to find out why exactly Russia helped the Union. 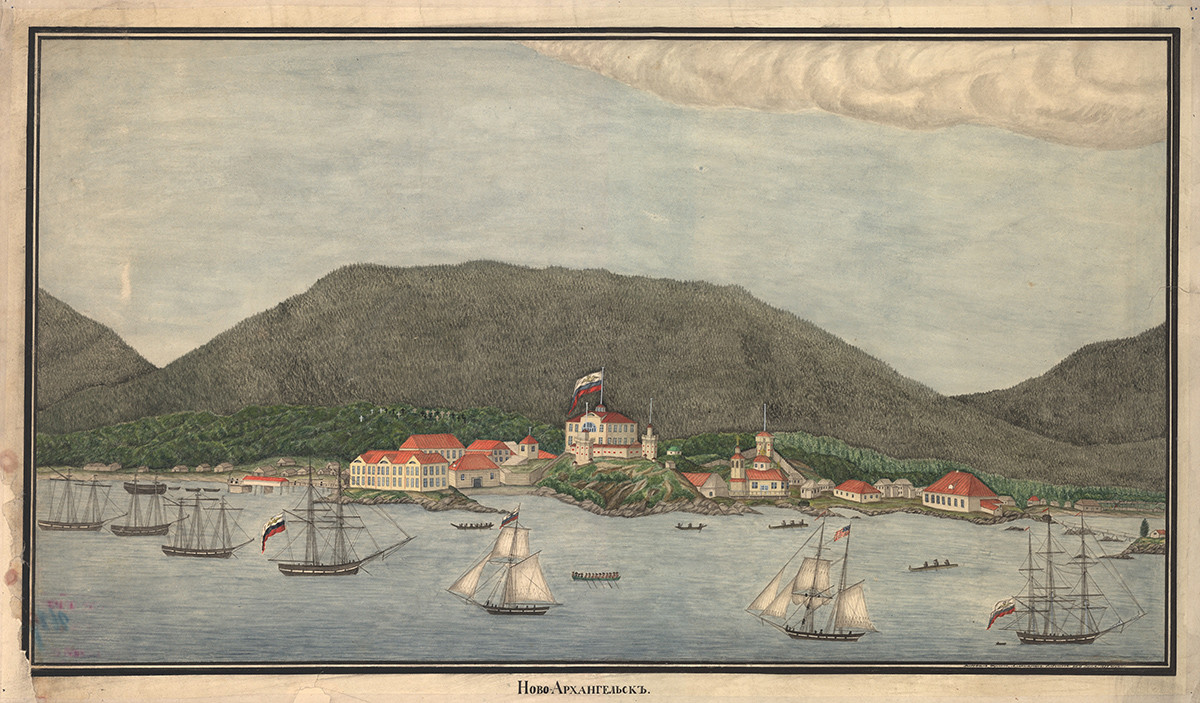 In 1867, Russia sold the territory of Alaska to the U.S. for $7.2 million. Twenty years later, Americans discovered vast gold reserves there. The gold rush that followed returned the Americans hundreds of millions of dollars on top of its original modest investment.

By selling the land that was too far from Moscow, and therefore too difficult to control, to the Americans, Russia gave the U.S. its 49th state that proved invaluable in the course of history.

Click here to find out more about the greatest land deal between the U.S. and Russia. 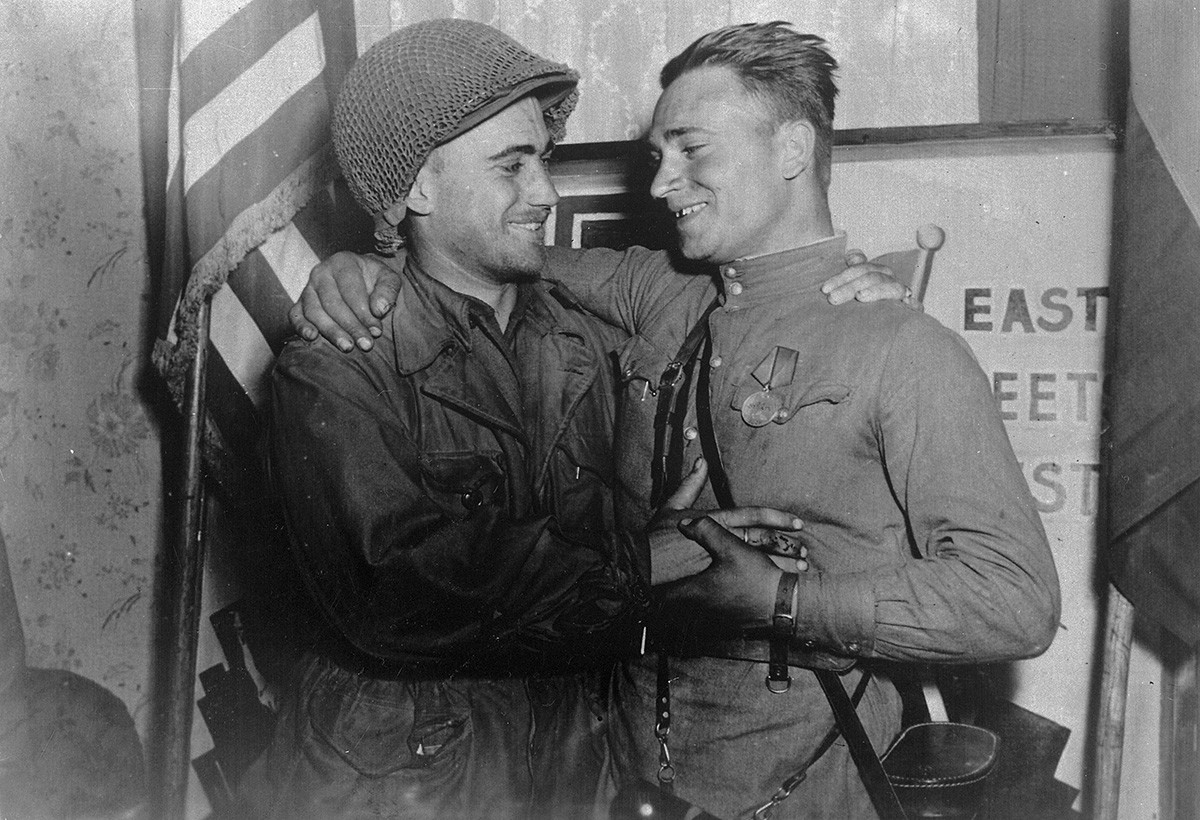 The U.S. and the Soviet Union were allies during World War II. The two nations united against a common enemy — the Axis powers — and their war efforts greatly contributed to the common victory in the war.

At the same time, it is commonly acknowledged that the Soviet Union carried the burden of war on its shoulders and sacrificed many more human lives and other resources for the victory. The USSR lost 26.6 million people to the war, while American casualties amounted to 405,000.

Hadn’t the Soviet people fought the Axis powers so furiously, the war would likely have been a much more devastating experience for the U.S. and the other allies.

Click here to find out why so many Soviet citizens died in World War II.

4. Russia gave the U.S. a reason to unite and rise to prominence 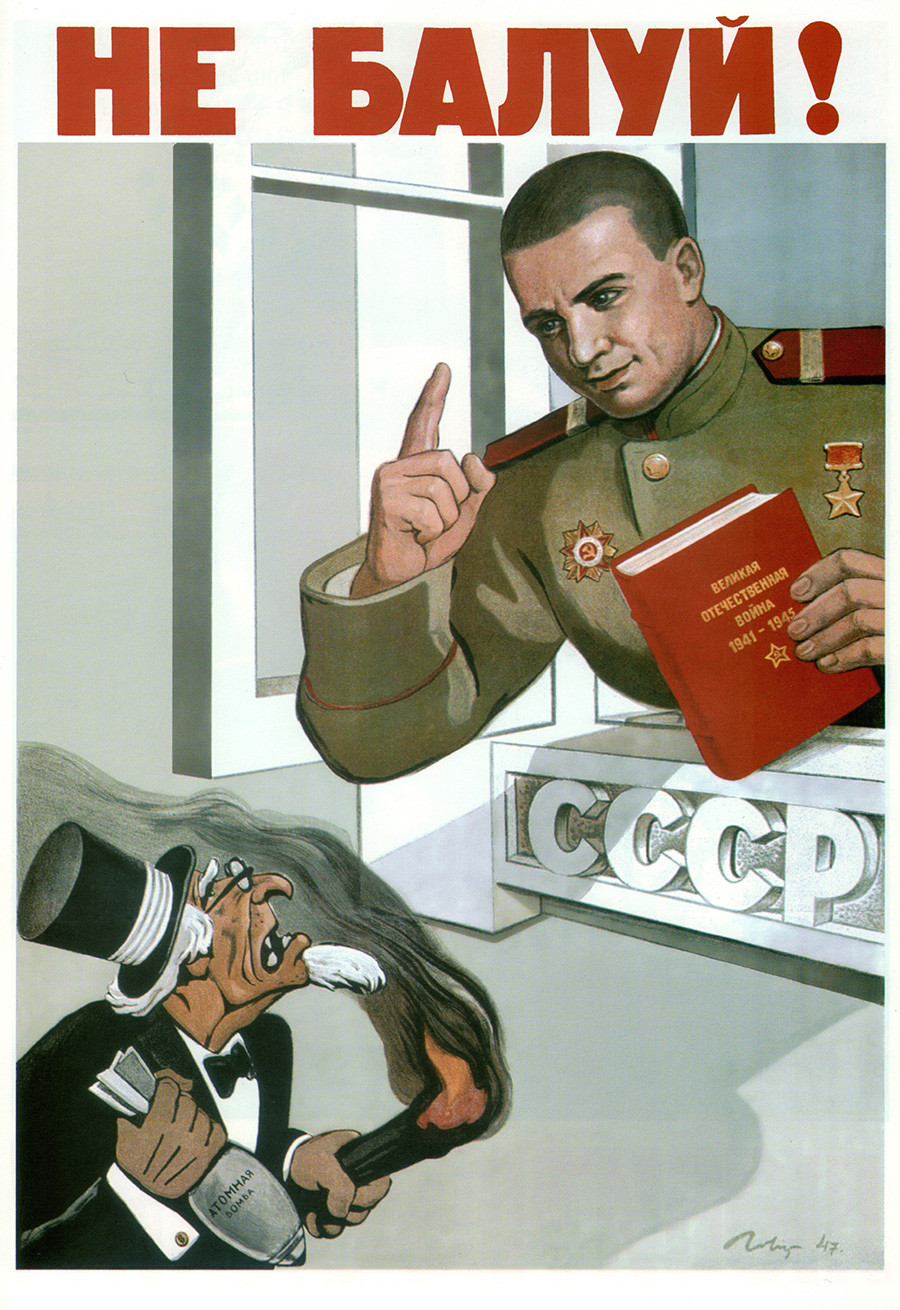 "Don't fool around!", 1948. Found in the collection of the Russian State Library, Moscow.

This has been a recurring “contribution” of Russia to America since the time of the 1917 Russian Revolution and up to the 2016 U.S. presidential elections.

Ever since the American Expeditionary Force landed in Vladivostok, Russia, to thwart off the Bolsheviks during the Russian Civil War, the relations between the U.S. and the newly formed Soviet Union had traditionally been tense.

However controversial the statement may sound, the Soviet Union indeed inadvertently helped the U.S. in its shot at global hegemony, as the Americans had to counter the Soviet influence first in post-war Europe and later in the rest of the world.

Strangely enough, the inadvertent “assistance” from Russia did not stop with the fall of the Soviet regime. The image of the traditional foreign “enemy” — the Evil Empire — was most recently evoked in the U.S. during the 2016 presidential elections and the immediate aftermath.

Click here to read about KGB’s most sensational operations during the Cold War.

5. Russia helped the U.S. in its efforts to pioneer space 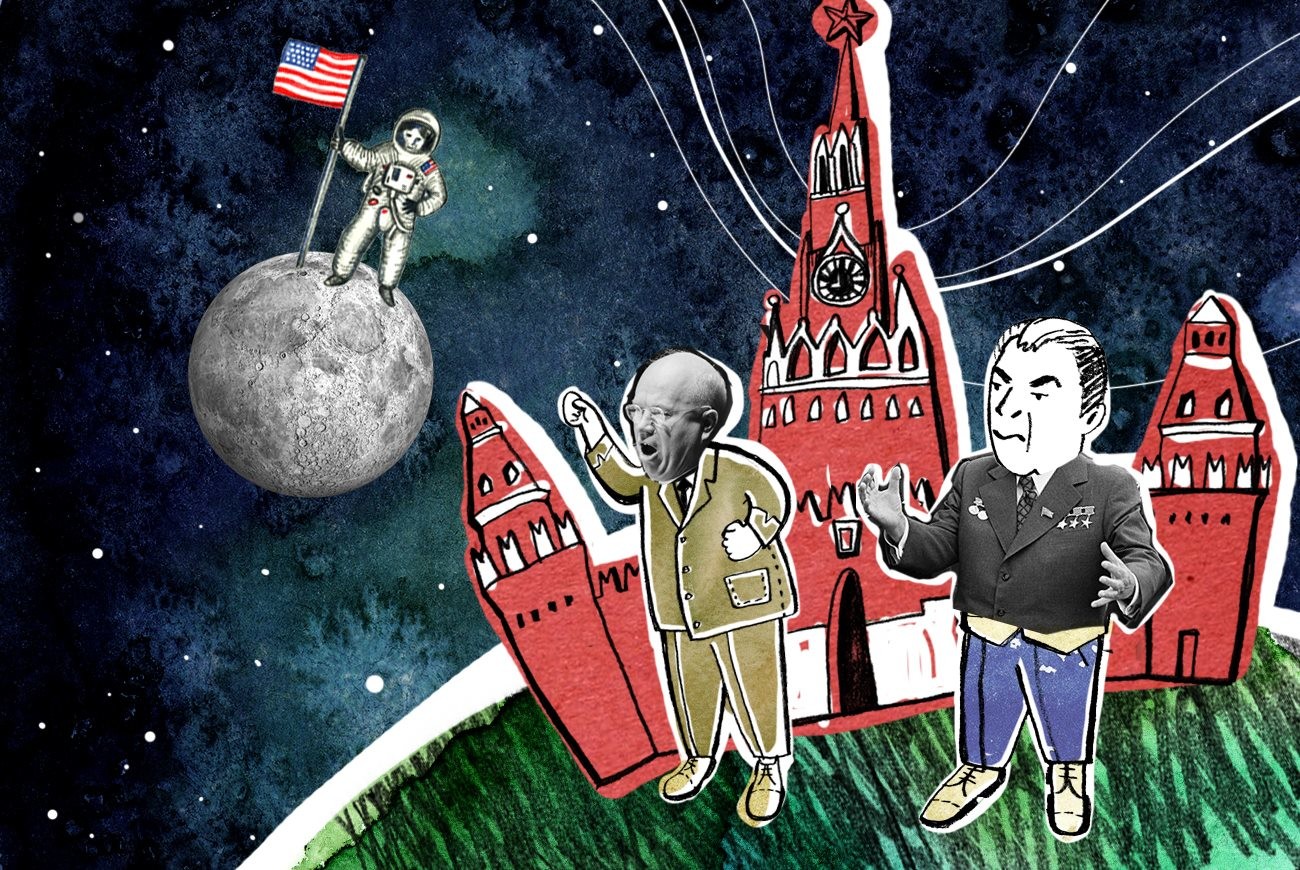 Needless to say, the adversity that ensued between the U.S. and the Soviet Union translated into the space race between the two pioneers of space exploration. The first thing that comes to the minds of most people is the U.S.’s 1969 Apollo 11 mission that resulted in a successful landing of men on the Moon. Would it have been possible hadn’t the Soviet Union pioneered the Moon landing in 1959 with its Luna 2 mission or, even more crucially, had it not sent the first man into space in 1961?

However, Russia’s contribution towards the U.S. space exploration wasn’t limited to the mere competition. Russia also constructed the first modular space station that was assembled in orbit from 1986 to 1996. The Mir Space Station — a predecessor of the International Space Station — launched a prolonged period of cooperation between the American NASA and the Russian Roscosmos.

Click here to find out why the Soviets failed to send a man to the Moon.

Click here to learn about a Tsarist military officer who became a general in the U.S. Army.