Why the USSR failed to send an astronaut to the Moon? 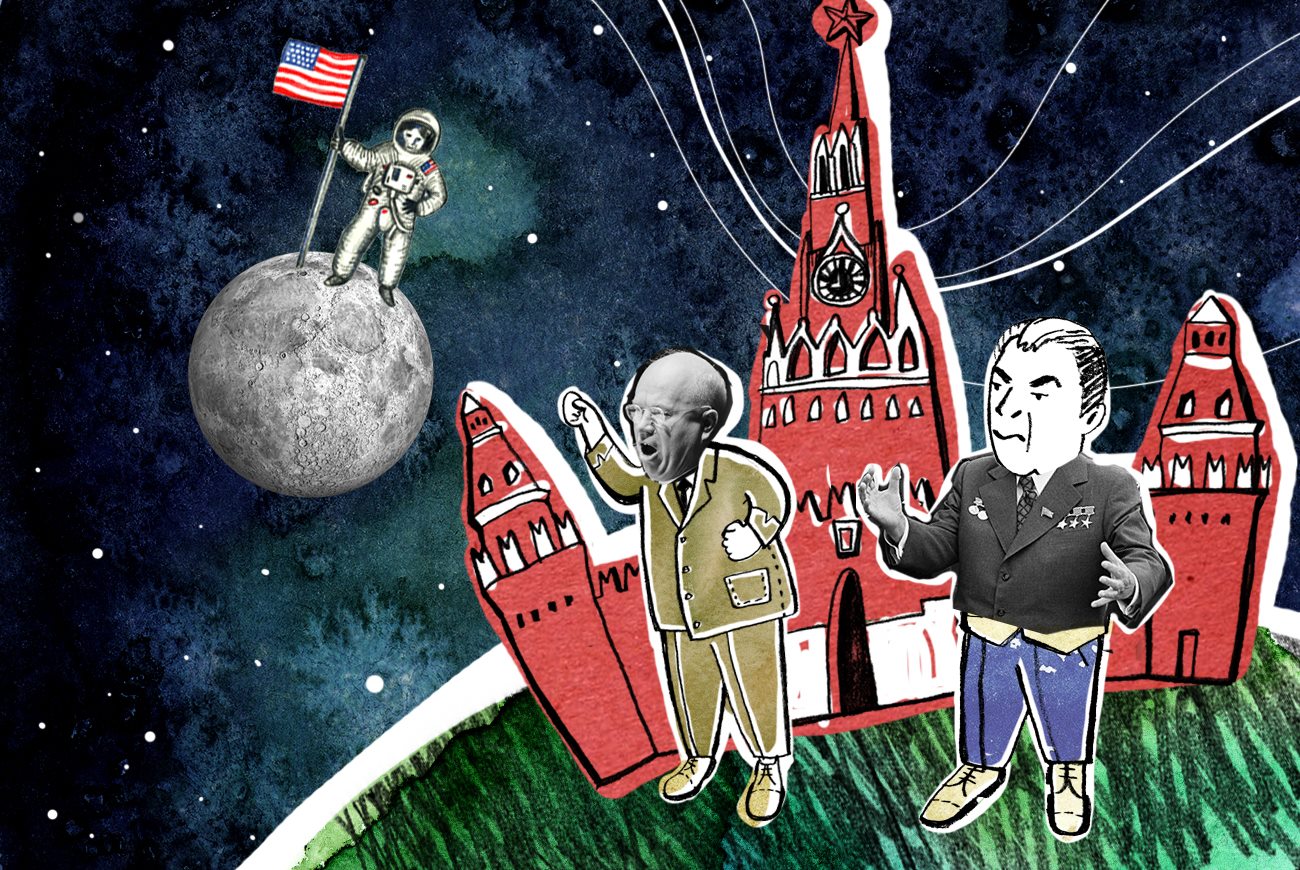 Varvara Grankova
Almost 50 years ago, in 1969, Neil Armstrong made his “one small step for man, one giant leap for mankind” speech, announcing America’s victory in the Moon landing race. The Soviet Union was defeated due to restricted financing and disagreements between the key spacecraft designers.

In the early the USSR was rightfully considered a champion in space exploration. The Soviet Union had successfully launched the first artificial Earth satellite (Sputnik, in 1957) and sent the first man to space (Yuri Gagarin on the Vostok rocket on April 12, 1961).

Desperate to keep up to speed, U.S. President John F. Kennedy declared only 43 days after Gagarin’s flight that the primary goal of his country was to launch a manned spaceflight to the Moon - within a decade. A new space race kicked off between the two world superpowers, one that Washington would ultimately win in 1969. But why did the Soviets lose?

Management was a mess

Nikita Khrushchev, who headed the Communist Party and the USSR from 1953 to 1964, was known to be an emotional, unpredictable man and his approach towards the Moon landing program was no exception. While meeting with Sergei Korolev - the lead Soviet engineer and spacecraft designer, who played a major hand in launching Sputnik and Vostok - Khrushchev told him state money for the moon program was drying up.

However, only a year later in he told Korolev the exact opposite: “We won’t give up the Moon to the Americans! Take all the resources you need!”

But instead of setting up a direct command line between the government and the scientists, the authorities launched two rival programs, developing rockets for the Moon flyby and landing missions. One was headed by Korolev and the other by another academic, Valery Chelomei.

The approach was doomed to fail according to Alexey Leonov, an astronaut who worked with Korolev -  and the first man in outer space. “Very complicated relations between Korolev and Chelomei and their rivalry harmed our common cause,” he told Komsomolskaya Pravda in 2010.

Boris Chertok, a rocket designer who also worked with Korolev, agrees. As he wrote in his memoirs “Rockets and People,” amid criticism from rival scientists Korolev was forced to simplify his project (the N-1 rocket) and tighten the budget. It turned out to be a mistake.

As if the situation was not bad enough, the key figures working on the moon program were chopped and changed, with Khrushchev being removed from power in 1964 and, more importantly, Korolev dying in 1966. “For us astronauts, it was almost the end of the world,” Leonov recalled. According to him, after Korolev’s the authorities started neglecting the Moon program.

There were other goals

As Chertok writes in his book, the 60s was a time of massive tension between the U.S. and USSR, with the world perched on the precipice of nuclear war. Although the USSR had the upper hand in the space race after Gagarin’s success, it was revealed that Washington possessed 20 times more weapons than the Soviet Union. The latter, feeling threatened by this, was compelled to act and started to allocate more and more money to up its armory (both under Khrushchev and the leaders after him) at the expense of space exploration.

This led to the Soviet Union being left in the wake of the U.S. regarding space technology. The American Saturn V rocket, which launched Apollo 11 into space in 1969, was capable of carrying up to 140 tons, while its closest Soviet , the N-1, created by Korolev and his successors could carry only 75 tons. Also, American rockets used liquid hydrogen, which was far more energy-intensive than the kerosene fuel used by the Soviets.

Subsequently, all four pilot rocket launches by the USSR failed. As for the Americans, they landed on the Moon on July 20, with Neil Armstrong and Buzz Aldrin the first humans to touch base - and the Kremlin decided that there was no sense in spending money on the Moon program after it had already been won by Washington.

On the other hand, as Chertok points out in his book, saving resources helped the Soviets to reach strategic nuclear parity by 1980. But this was a different story for another time.