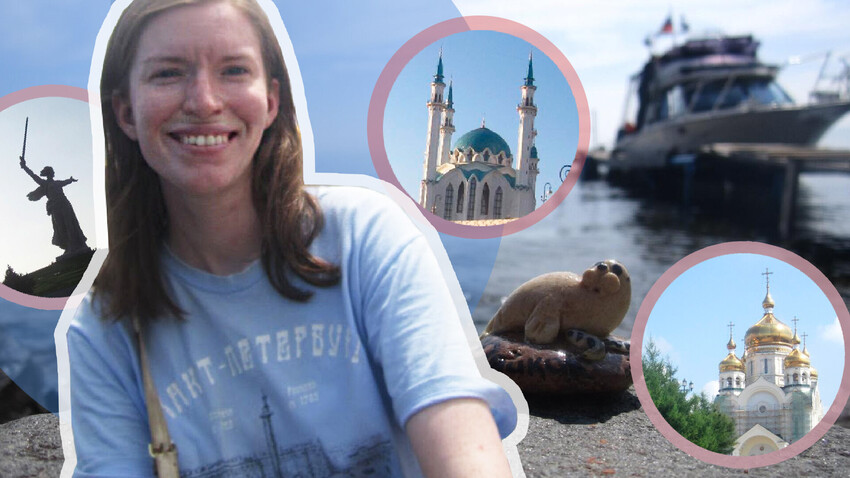 Personal archive
Hailey is an American living in Moscow. While studying for a Masters degree in Post-Soviet Public Policy, she managed to visit 31 Russian regions and has plenty to share from her experiences there.

I had just one hour. One hour to prepare for a spontaneous trip arranged by my hotel in Vladikavkaz, through the Caucasus mountains of North Ossetia with a complete stranger that spoke no English. When he arrived in his vintage Volga sedan, I was skeptical at first of whether this car would survive the undoubtedly rough roads that Russia was known for. Taking a deep breath, I remembered all the times over the past summer that all my fears had dissipated at the calm confidence of the locals that assured me: everything would be fine. Smiling, I sat down in the car next to my tour guide and said the famous word of Russian explorers and adventurers before me: Поехали! (Let’s ride!) 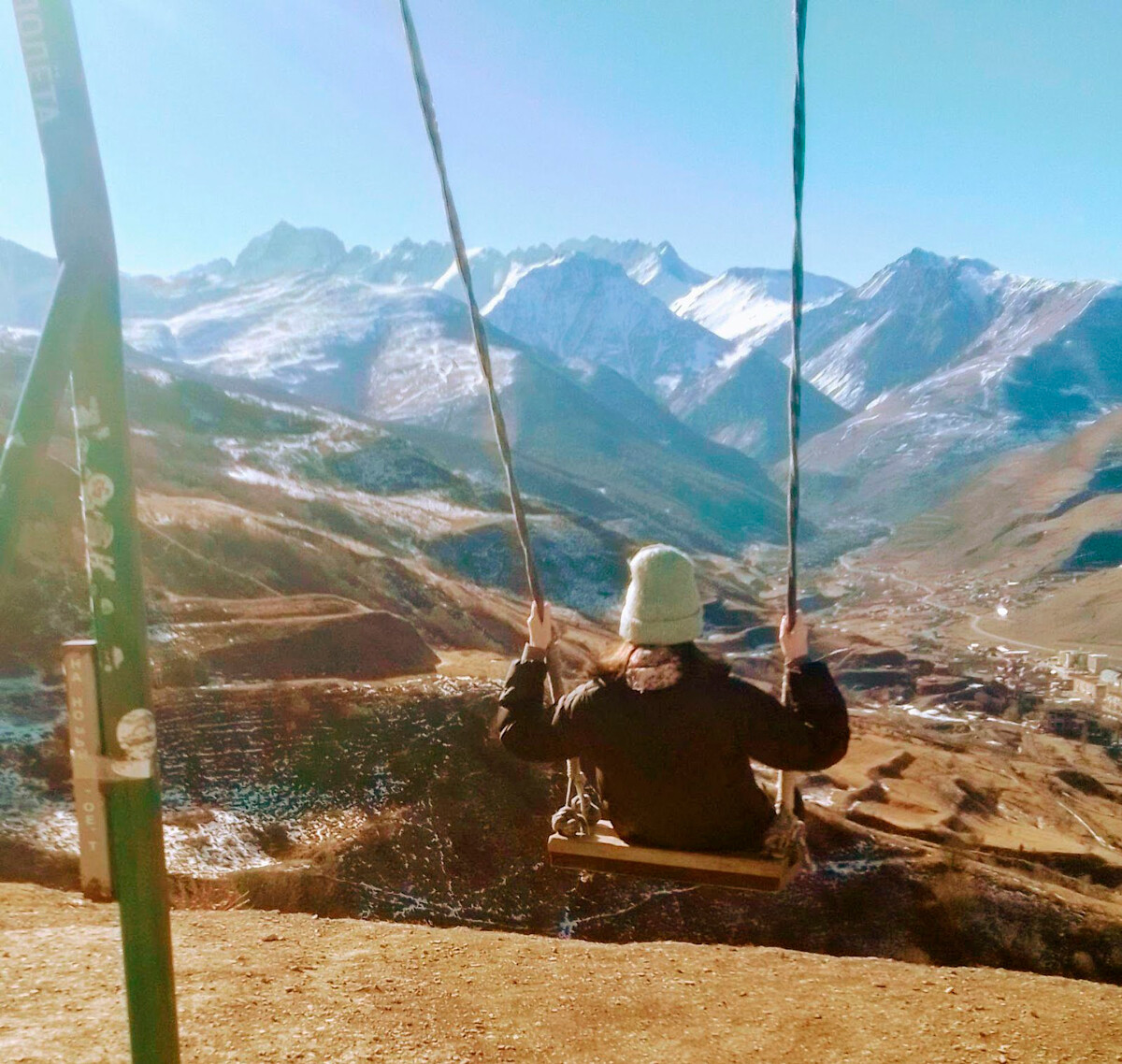 In total, I have visited 31 Russian regions, traveled the Trans-Siberian Railway in its entirety and completed the Trans-Caucasus journey from Sochi to Derbent… but, most importantly, I have gained a profound understanding of a country very misunderstood. Russia suffers from significant negativity and distrust that it still has not managed to overcome in the wide scale imagination of the West. That’s why I am here to share some insight into how I discovered a different narrative.

Russia changed my life by giving me the courage to overcome my fears. I have mostly lived a quiet life in the U.S. and feared the unknown. After my initial study abroad in 2015, my yearly excursion to Russia generally remained within the safety of St. Petersburg and Moscow, like the average Western tourist. 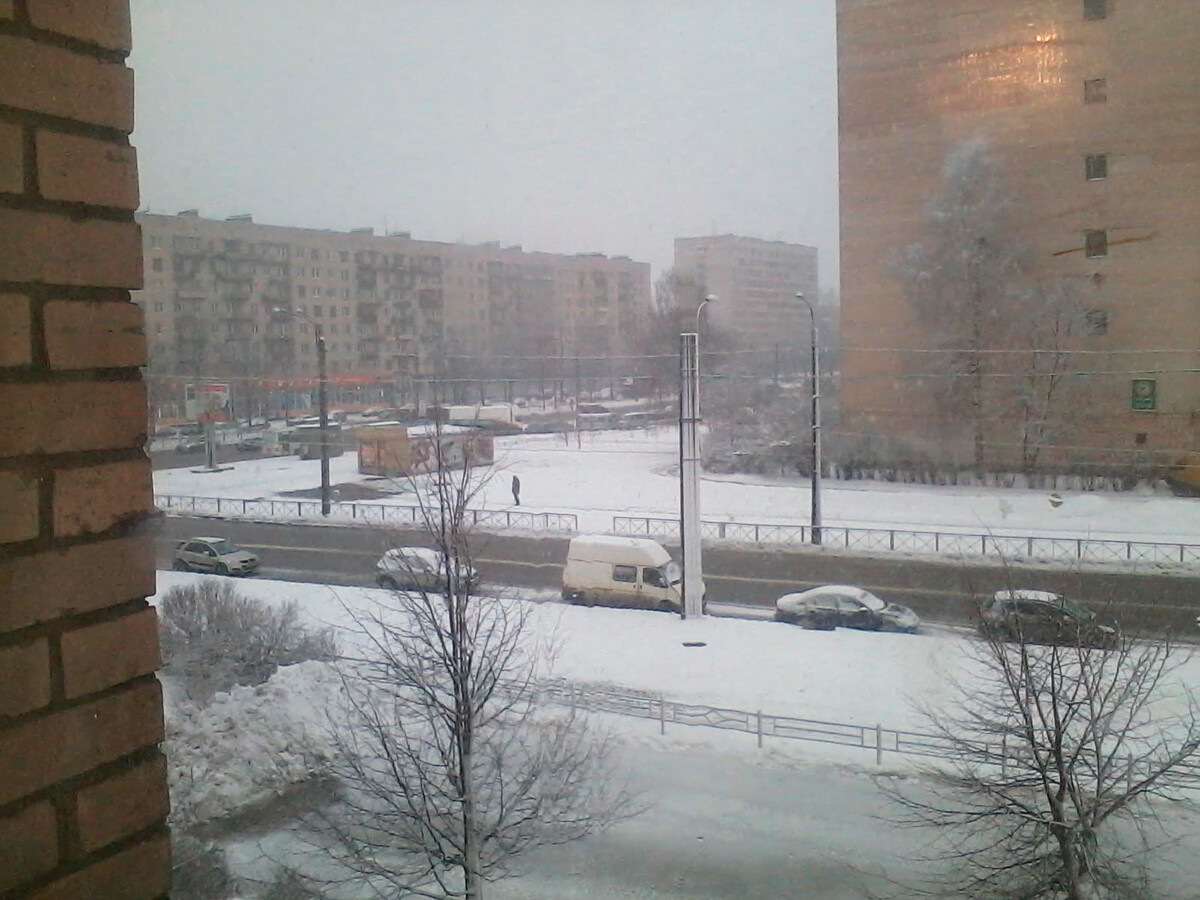 But, with the events of 2020, I decided my next visit would be the grand adventure I always dreamed of, but didn’t have the courage for. So, in the summer of 2021, I set off on a one-way trip to Moscow with nothing but a carry-on bag and a purpose - but no precise plan. Yet, after adventuring to Nizhny Novgorod and Kazan, my heart said, “Why not keep going? Why not see how far I could go…?” 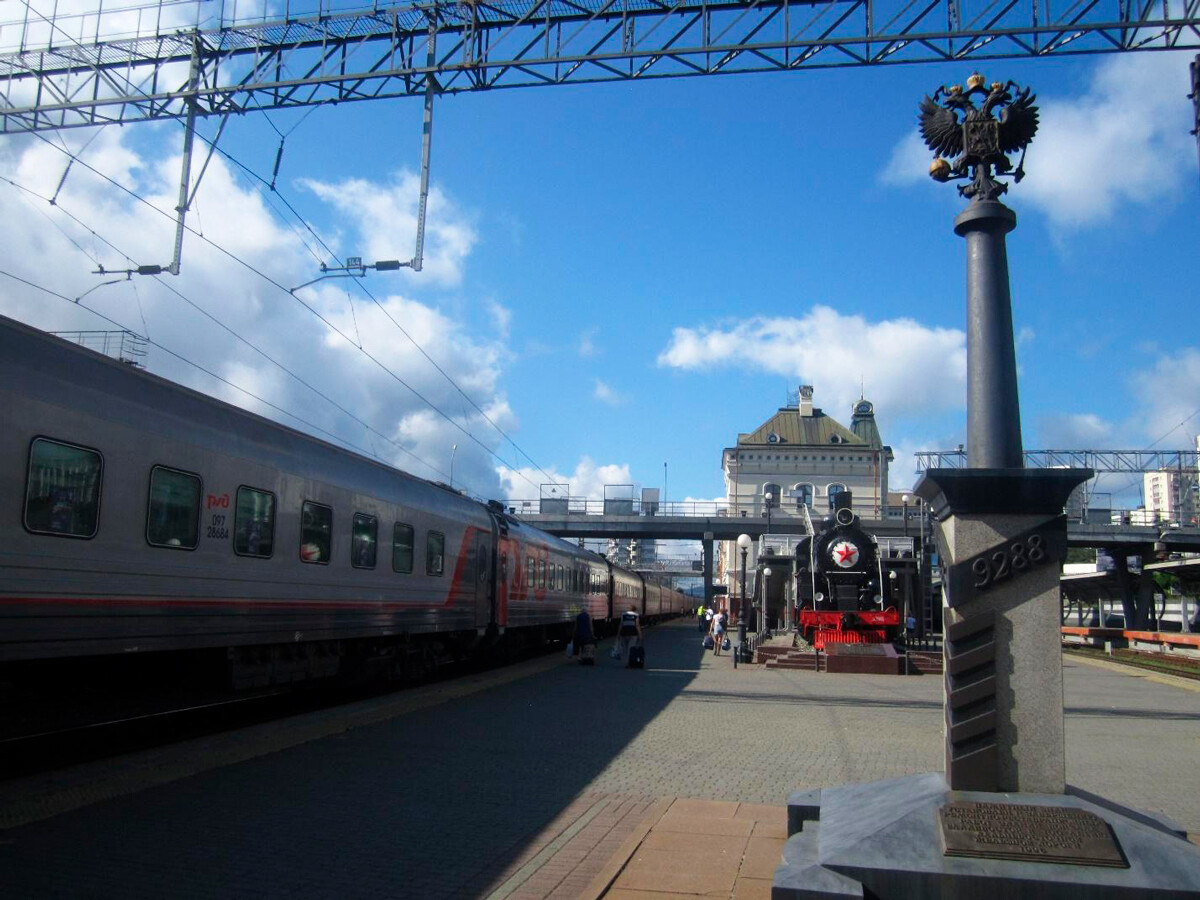 The surreal stop of a route that feels like it never ends, Vladivostok, July 2021

It is having that mindset that makes traveling the Trans-Siberian Railway so life-changing. I remember being nervous to be in a train cabin with up to three strangers, because in the U.S. we are taught to fear strangers. Yet, my first experience was with a lovely babushka and her daughter, who assured me that second class was the best. When I inquired about third class, they shuddered and said it was not safe. With this advice I stuck to second class on my entire Trans-Siberian journey. It was not until the following year in the North Caucasus that I decided to spontaneously try third class… and it actually turned out to be more fun than second! The train attendant was overjoyed to meet an American, she remembered my name and introduced me to others. I even had morning coffee with a police officer passing through the cabin, who smiled and soaked in my stories, but advised me to keep my belongings under my pillow for safety. 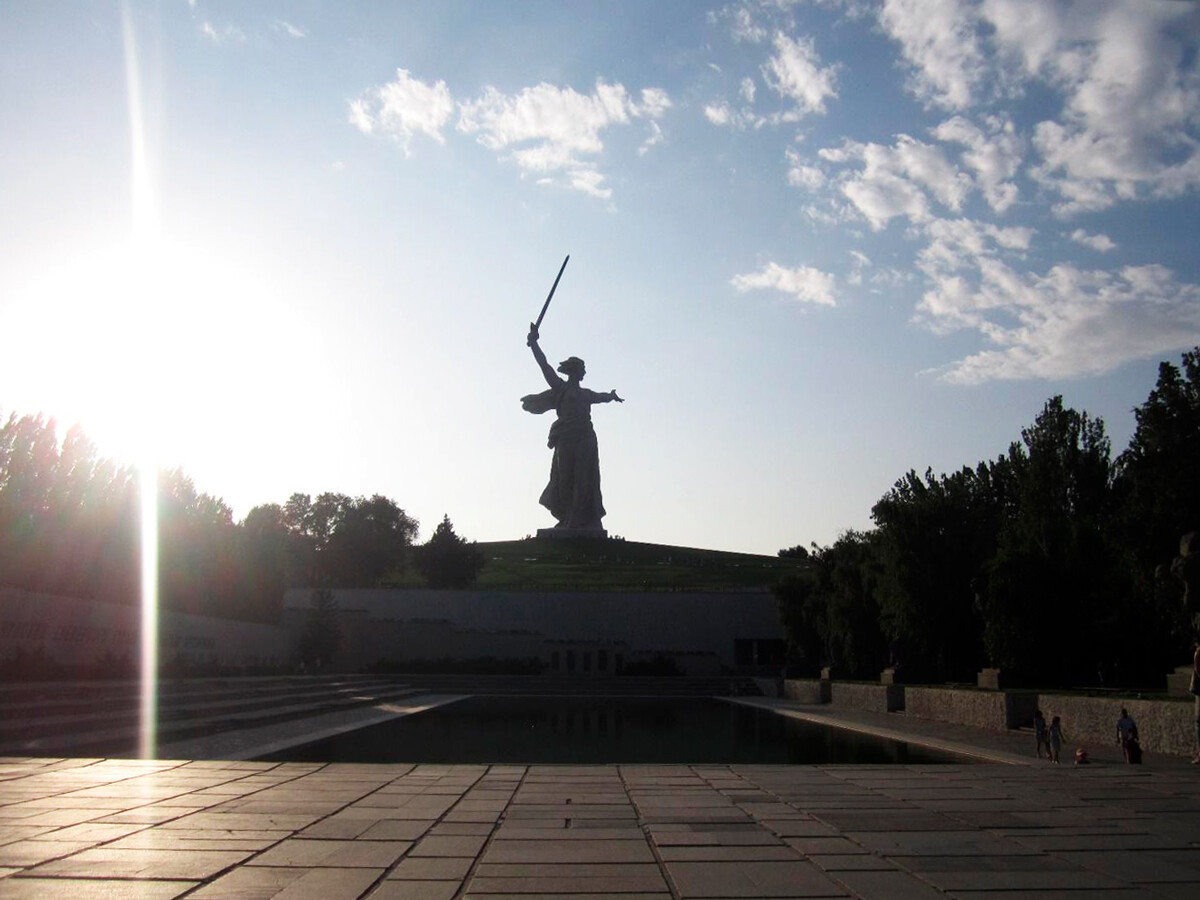 When I hiked the mountains of Stolby National Park in Krasnoyarsk Region, I recall struggling up the in-park road with a family not far ahead of me. The sound of a service van behind me was like a saving omen and I instinctively waved for it to stop, which they, surprisingly, did. I recall thinking how dangerous this was, as they opened the door and said I could jump in, but the trust I was forming in Russian society was strengthening with each new adventure, so I took the proverbial leap. They only drove a few seconds before also offering the same ride to the family ahead of me, who readily accepted, soothing my fears at the decision I had made. I remembered this event when, several months later in Kaluga, I befriended a young woman who, after chatting for just five minutes, asked if I wanted to go with her to an old estate outside of town in her car. I agreed without hesitation, having learned that this communal kindness was normal. 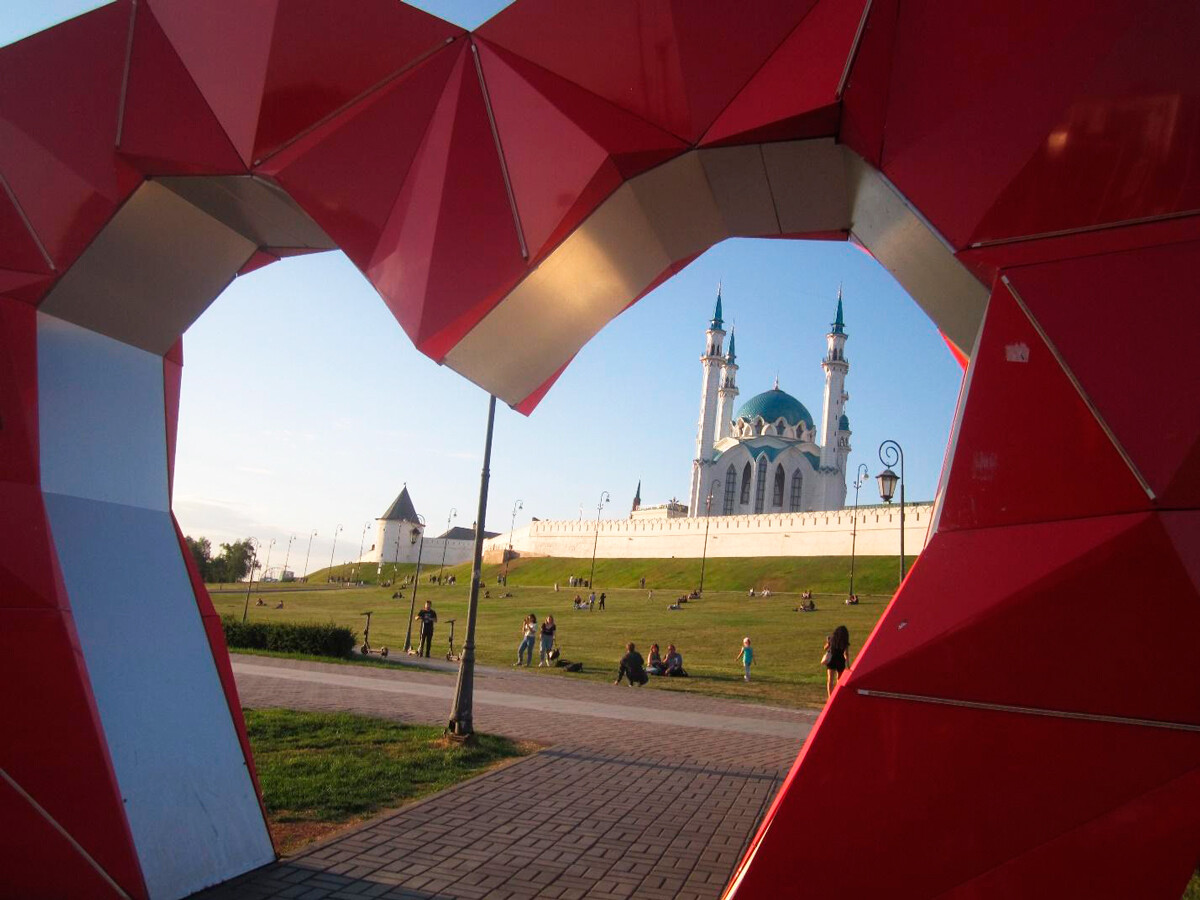 Kazan Kremlin in one of Russia’s most welcoming cities, June 2021

This kindness here is unparalleled to any other place, even when things take a turn for the worse. For example, when I broke my arm from slipping on ice in Moscow, a young man passing by drove me to the hospital, stayed and escorted me back home to make sure I was safe. In Kazan, I befriended a local artist outside a restaurant, who upon hearing my story graciously gifted me two of his paintings, despite my attempts to pay.

I recall arriving in Irkutsk and taking public transport to my hotel, at which a team of babushkas learned I was a foreigner and assigned themselves as my protector, escorting me personally from the bus stop to make sure I’d be ok and refusing any protests of mine. On arrival in Tomsk, I had a man knock on my door and invite me to dinner with his family and a scooter adventure through the streets at sunset, on learning from hotel staff that I was American. In Khabarovsk at a museum, I had a memorable conversation about my travels with staff, who were so moved by my openness towards Russia that they gifted me a pink pendant to remember them by. And, in Makhachkala, I was positively overwhelmed at how welcoming everyone was, from my taxi driver trying to arrange sightseeing tours for me, to my hotel giving me tea, chocolate and cheese upon arrival, to a random man on the streets asking me out for a beer… all in the span of an hour! 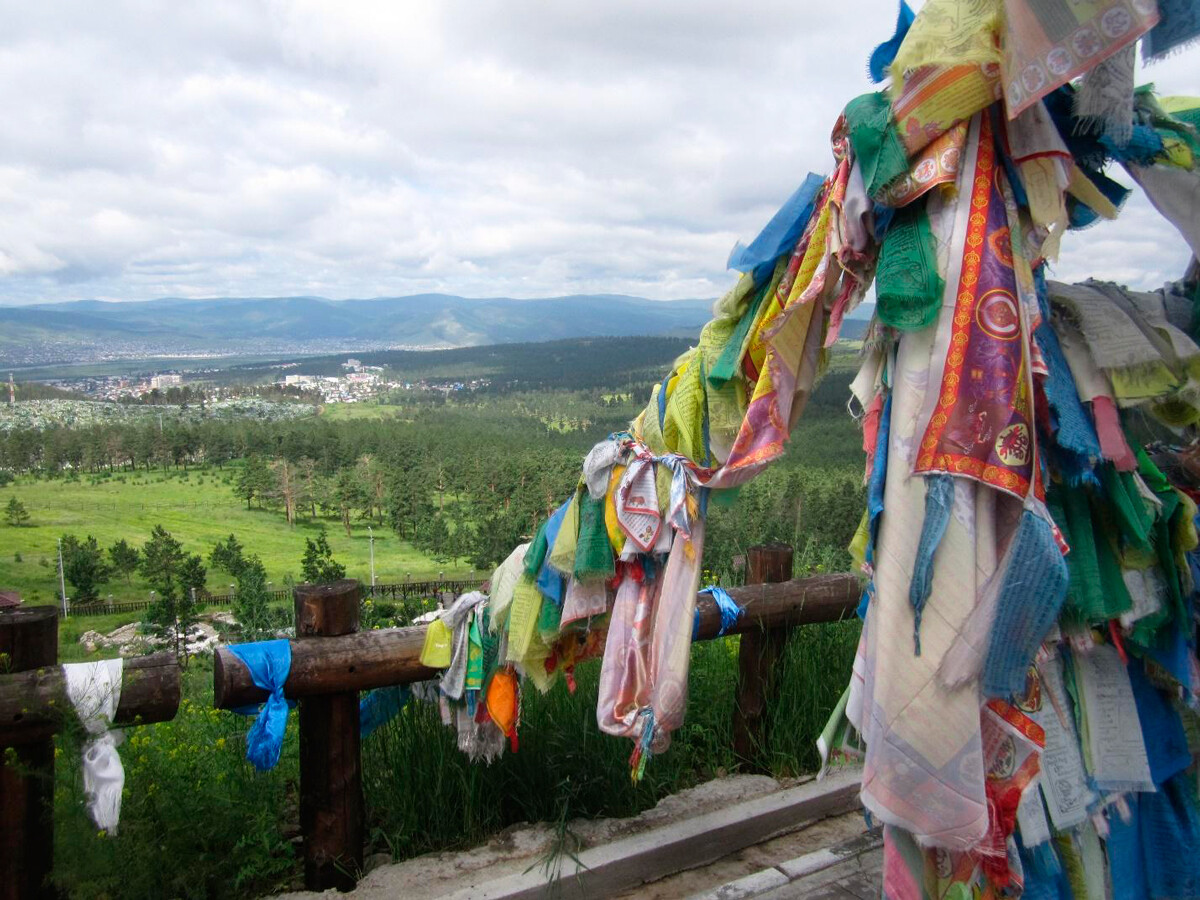 The lesson I learned from these experiences and so many others is that Russians generally try to take care of and protect others, even foreigners from seemingly unsavory political places. Despite language barriers, with the frustrations of being told I’m not understood by the occasional unavoidable bureaucrat, Russia generally is a calm and accepting society. The collective atmosphere and communal living experience created a comradery community and trust that I have never experienced in the U.S. or anywhere else, for that matter. In Russia, we are all together. The Russia portrayed in Western headlines is nothing but “high politics” as is always said on the streets here when I bring up my nationality. To those unafraid to discover the truth beyond the headlines, Russia warmly awaits all!

Best Russian cities. No, Moscow is not on the list! 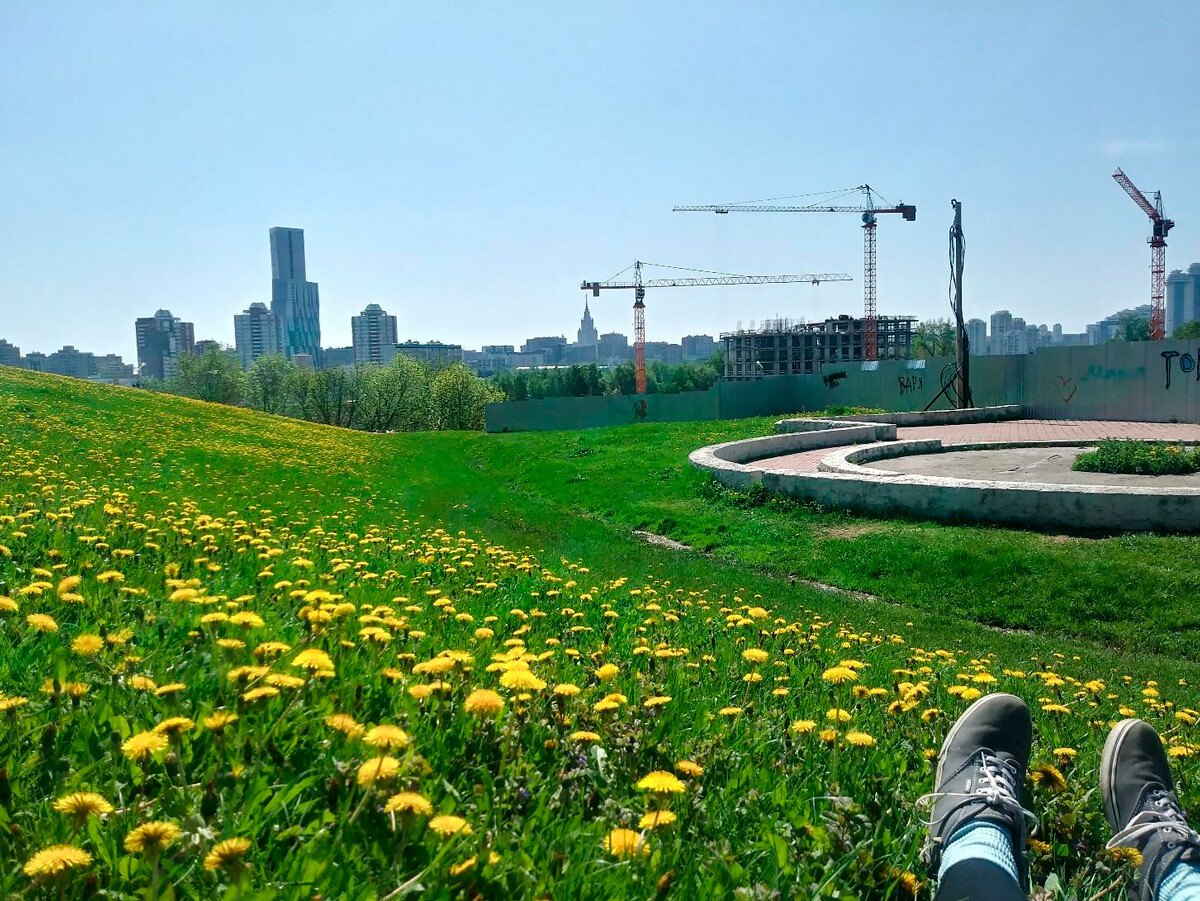 With these stories and more, in Russia, I have lived a hundred lives in just a year and expanded my definition of “comfort”. I’m often asked which cities were my favorite of those that I’ve explored, however the answer is difficult. I’ve spent most of my time in Moscow, which I love and I also have a fondness for St. Petersburg, where I initially studied. However, everyone knows these cities and other places deserve a mention, so I’ve decided on the following three: Krasnoyarsk, Khabarovsk and Vladikavkaz. All cities that some unknowing Muscovite who has never been might frown at and label “provincial”. In truth, I found that the peace and hospitality far out measured anything that Russia’s two largest cities can offer. 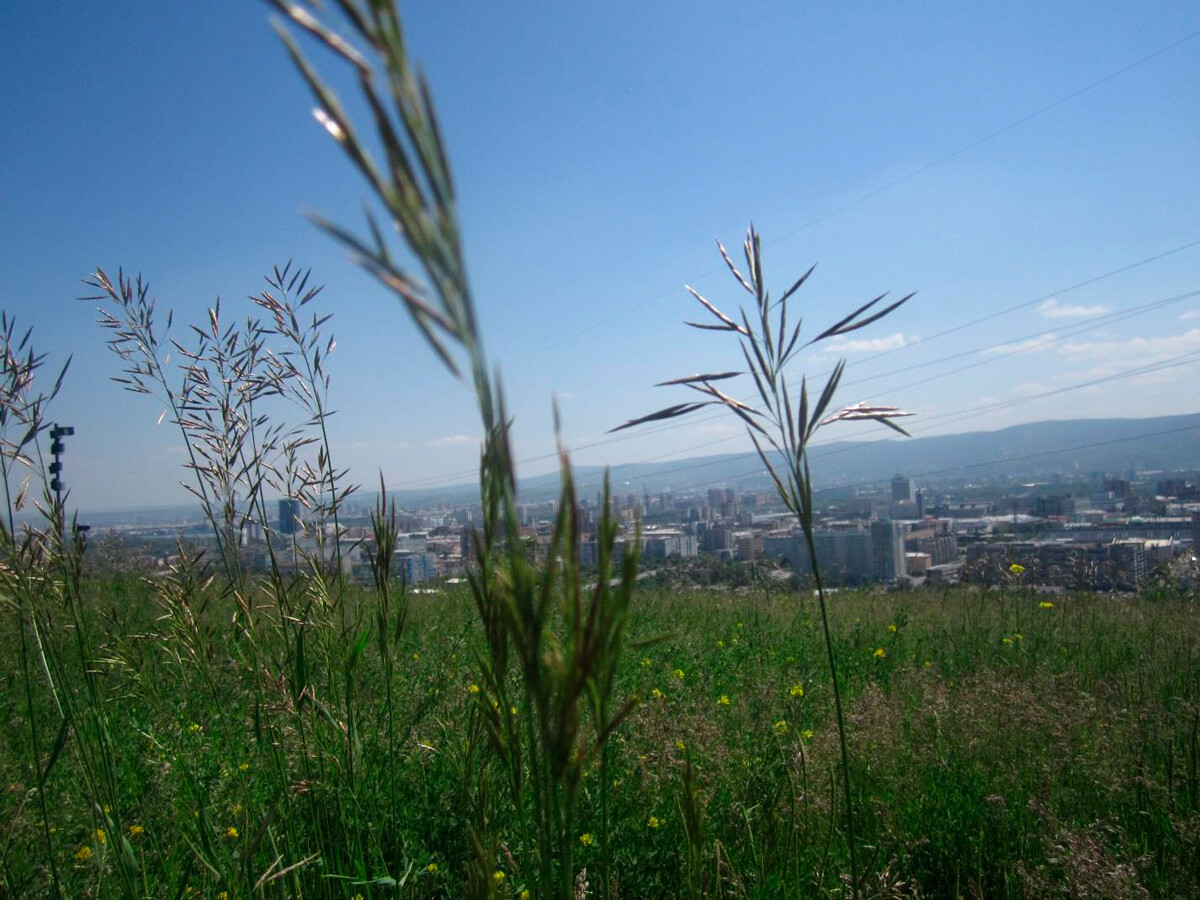 Krasnoyarsk took my breath away, as it was the first city I visited where I could actually see mountains from the street. Combined with the beauty of the mighty Yenisei River and the architecture of Prospect Mira street, Krasnoyarsk easily won my heart. 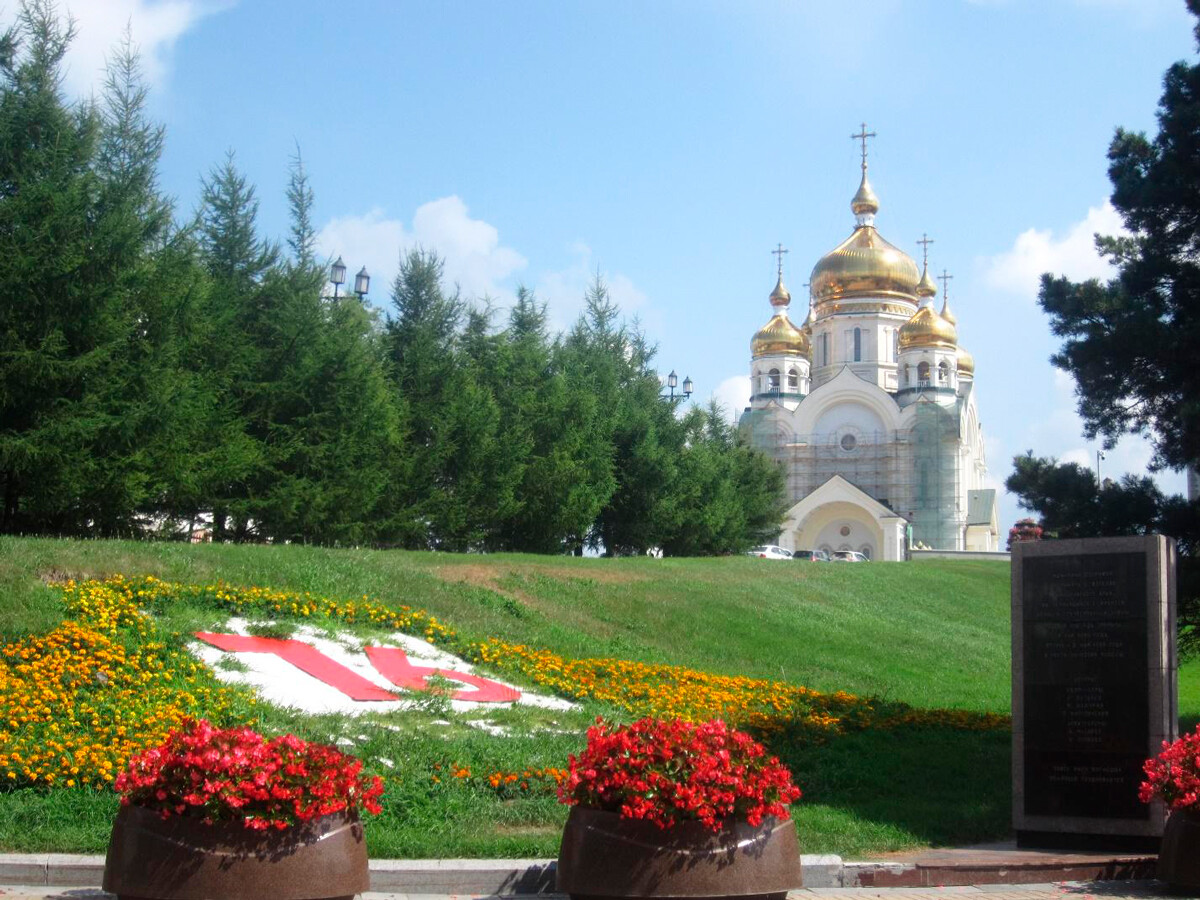 With discovering the quieter cities in the Far East, I found myself swayed more by the charm of Khabarovsk than the flashiness of Vladivostok. Standing on the street and seeing it dip down so low and then rise back up almost like a rollercoaster, was something I had never seen before. Khabarovsk also has a beautiful riverfront with beaches and the overall layout of the city feels so open, but simple in its form.

On the other side of the country is the city that surprised me in every way possible: Vladikavkaz. Aside from my exploration of the Caucasus Mountains, the most stunning range I’ve ever seen (competing with Appalachian, Urals and Sayan). The streets had a small town feel to them I had not experienced elsewhere in Russia and the pedestrian street with its trams was the most beautiful “Arbat” I’d seen yet.

Though the urban sprawls of Russia are alluring, Russia is renowned for its outdoors. The most peaceful moment I can recall in my life was camping on the lakeside in Karelia, after completing the Trans-Siberian Railway. I recall walking through overgrown flora at sunset to the lakeside, far on the outskirts of Petrozavodsk. I was alone and could hear the noise of insects, the lapping of the water on the sand and the gentle rock of the canoe against the dock. Having been blessed that day with the opportunity to visit Kizhi and witness its wooden Orthodox domes, all was well and tranquil in my world. 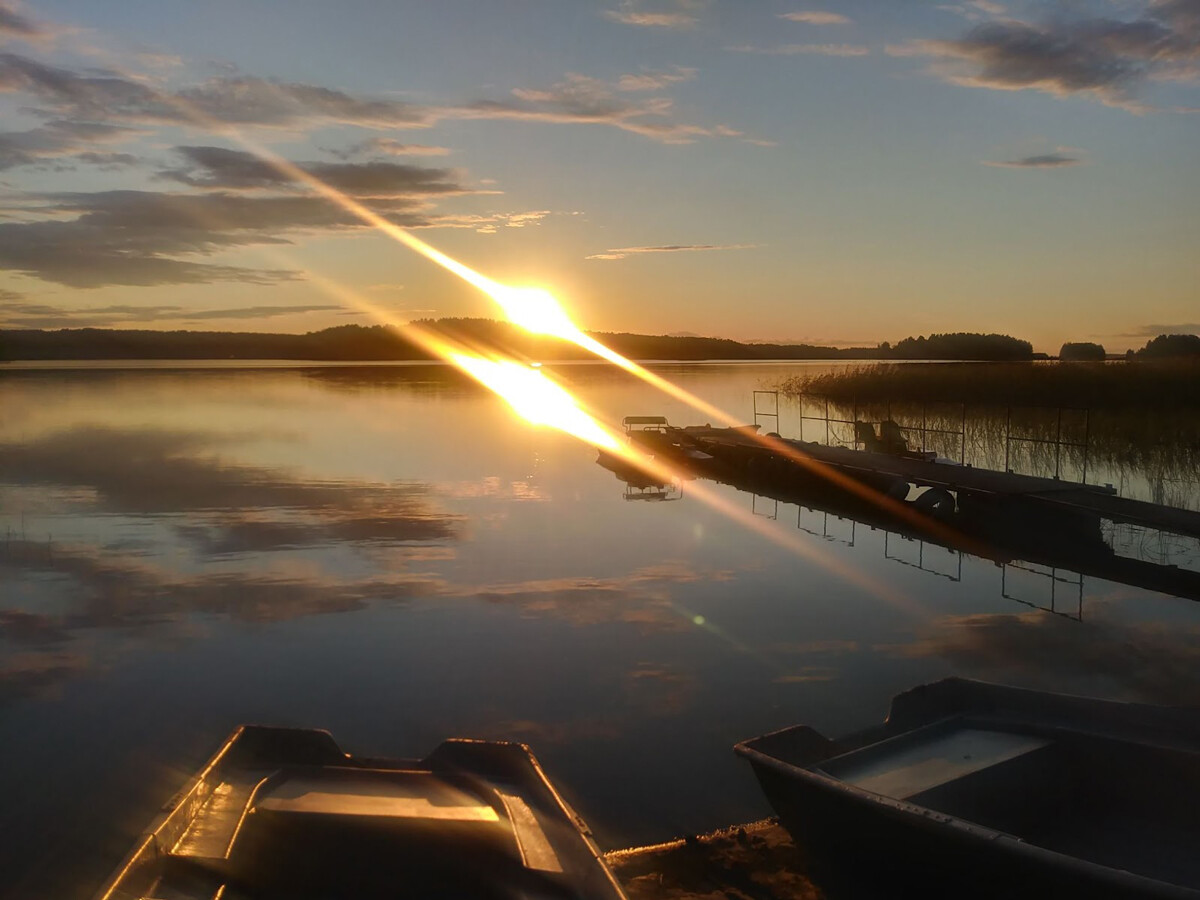 Evening sunset on the lakes of Karelia, August 2021

As I continue to reflect on the best year of my life and embark on my next adventure, I will carry the spirit of all the souls I’ve befriended in striving to celebrate the beauty, kindness, trust and community that is Russia. I recall a sunset in Kazan, where I met a young photographer and detailed to her that I was traveling without a plan, just floating with the wind. The more I told her about my love for Russia, she began to cry from happiness, saying she was so proud of all my words. We didn’t exchange contacts, but I remembered her emotions upon reaching the end of the Trans-Siberian Railway in Vladivostok. For even in the shadow of politics, history and misunderstood places… there will always be a narrative of a greater happiness to be found. 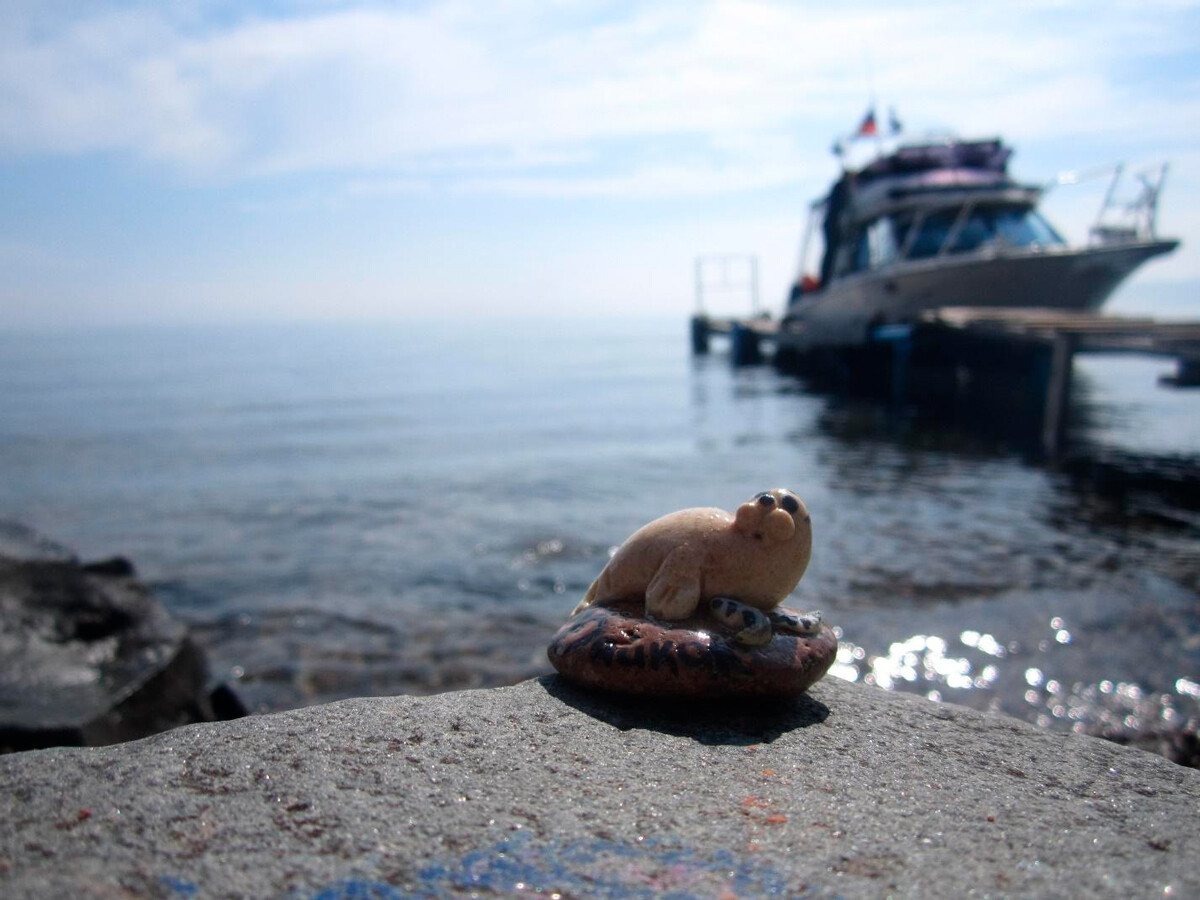