Russia has its own ‘Tower of Pisa’! (PHOTOS) 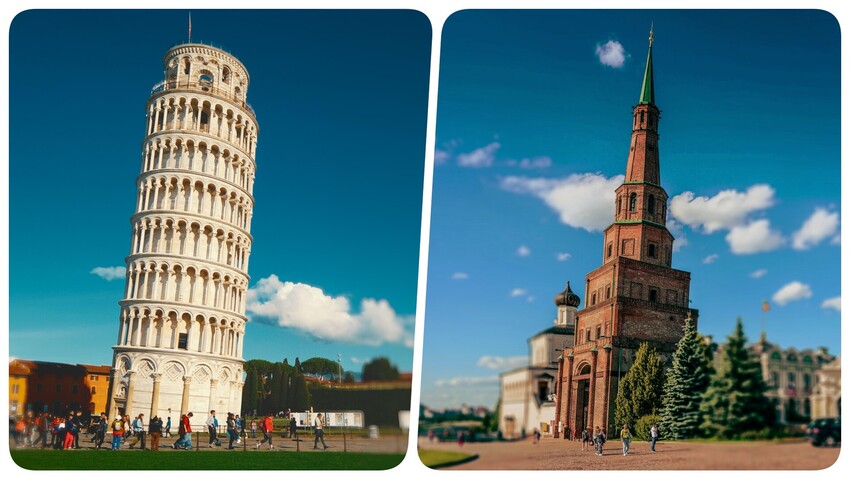 Leaning Tower of Pisa (L); The Söyembikä Tower in Kazan

Russia Beyond (Photo: Legion Media)
The Söyembikä Tower is the architectural symbol of the city of Kazan. But, what was it built for and why is it leaning?

This is the Söyembikä (Suyumbike) Tower in the city of Kazan, the capital of Russia’s Republic of Tatarstan. The spire is inclined by 2 meters, while the Pisa Tower - 3.9 meters, being almost the same height - 58 meters. Sure, the grade of slope of this tower doesn’t look that epic as its “brother in misfortune”, the Tower of Pisa in Italy. (Is there another tower in the world that has such a big incline?!). But it’s enough to be able to take a picture holding one’s hand as if to stop the tower from falling!

The time of the tower’s construction is unknown, so researchers do not agree on why it tilted. The foundation of Söyembikä rests on oak piles, which have been going into the ground for centuries. And, most probably, the tower is tilted exactly in the direction where the wooden foundation sunk deeper.

The legends around the tower 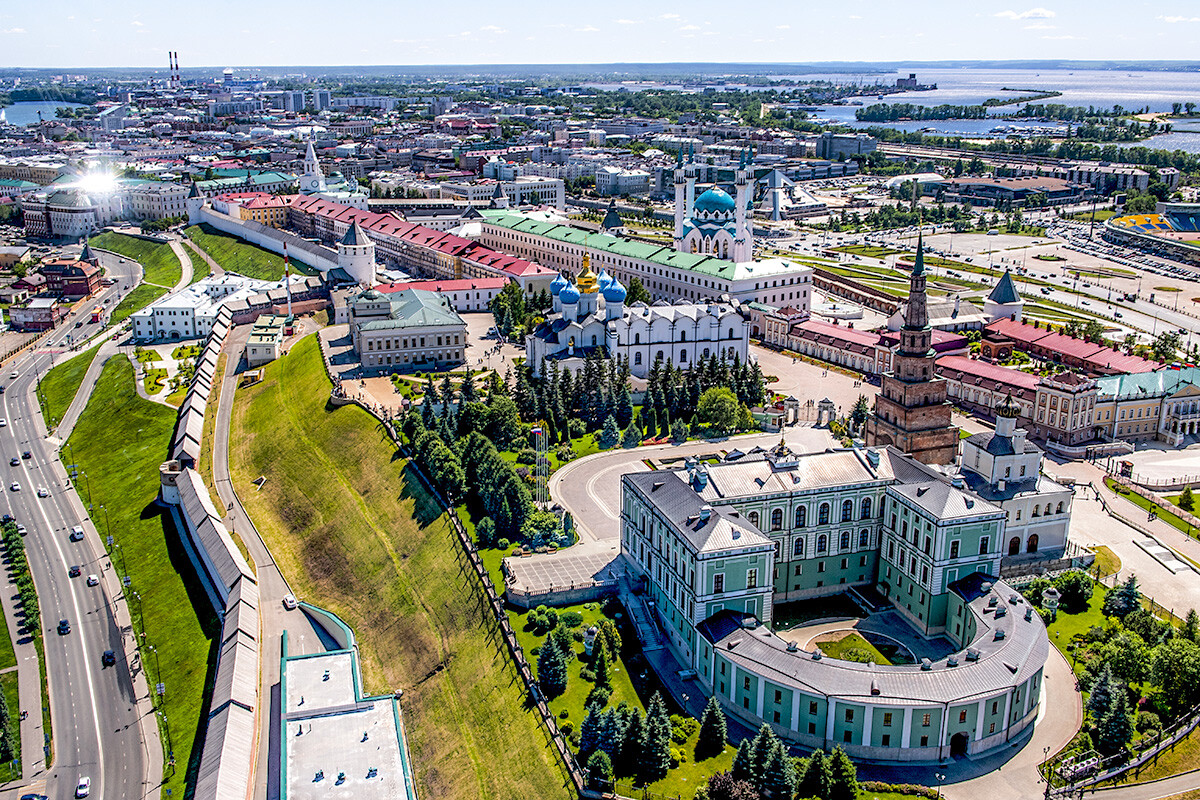 The brick watchtower with gates is situated in the middle of Kazan Kremlin and one could see the entire city from it. Historians don’t know for sure which year this tower was built. The first ever mention of it is attributed with the year 1703. That’s why there are several legends devoted to the tower’s appearance.

In 1552, the Muslim Kazan khanate was annexed to Russia by Ivan the Terrible (and the iconic St. Basil’s Cathedral in Moscow was built to celebrate the big event). Having captured the city of Kazan in 1552, the Russian tsar ordered the demolition of the khan’s mosque and the construction of an Orthodox church instead.

Old Tatars used to call this tower ‘the Khan’s minaret’. So, according to one of the legends, the tower was rebuilt from that mosque’s minaret, constructed by order of a female Tatar ruler, Söyembikä of Kazan, in memory of her husband, khan Safa Giray (and that’s why it’s now named after her, Söyembikä). 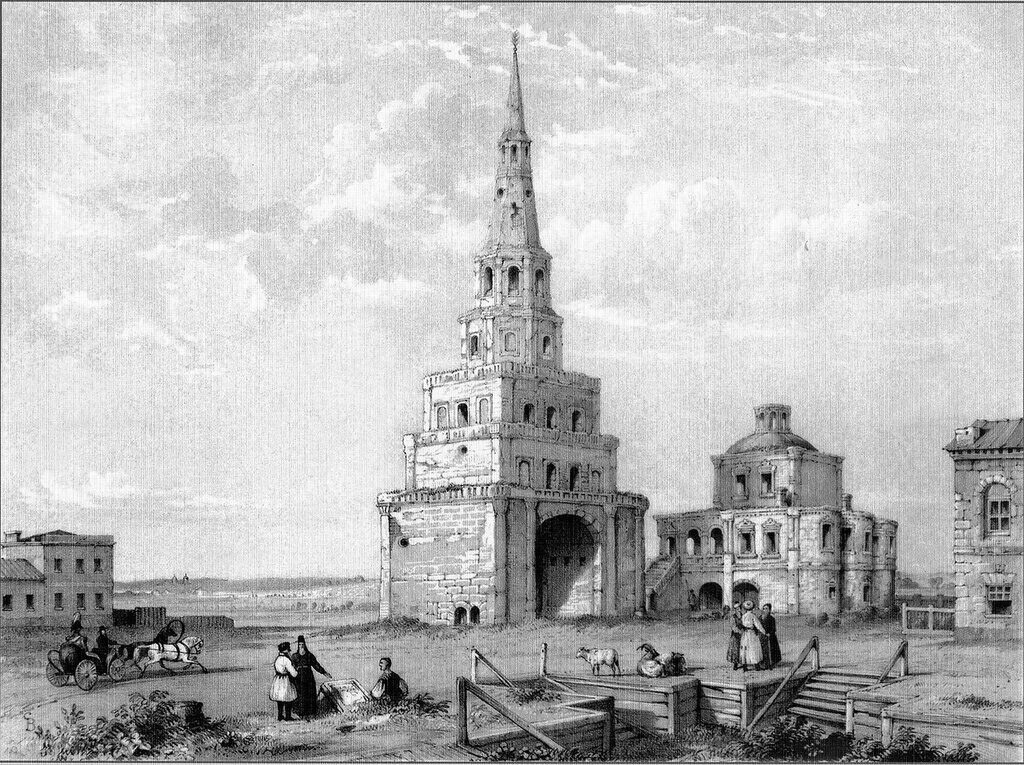 The Söyembikä tower in an early 19th century engraving by E. Tournerelli

But, there is a legend saying that it was actually built by the order of Ivan the Terrible after he captured Kazan (maybe even to impress Söyembikä). And that the tower’s seven storeys reflect the seven days in which it was built… and although this really does sound like a legend, the tented roof (a pyramid) does resemble the ones that topped the Russian churches built in the 16-17th century. 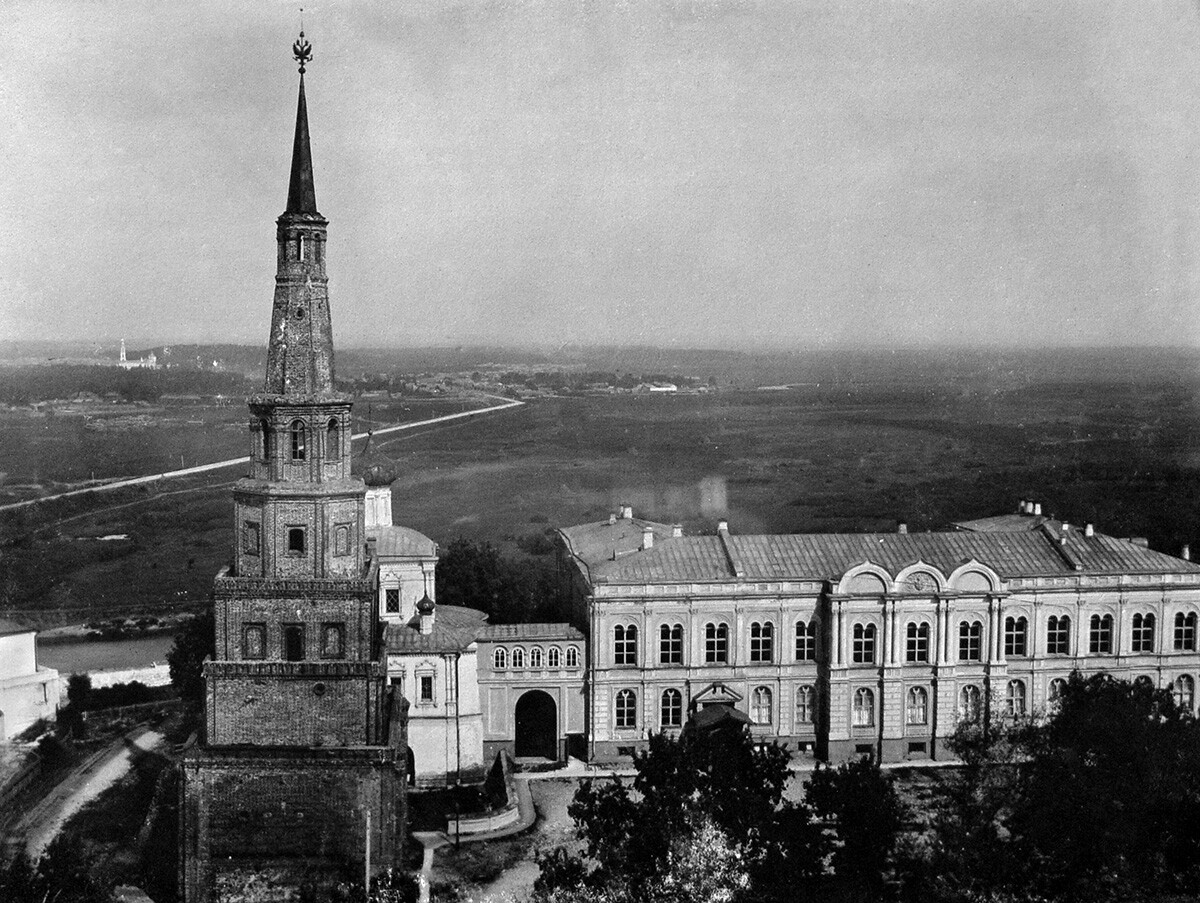 View of the Söyembikä tower from the bell tower of the Annunciation Cathedral, circa 1914

Most contemporary historians, however, believe that the tower was built in the late 17th - early 18th century to monitor the enemies and rebels who could possibly threaten the city.

The symbol of Kazan lean 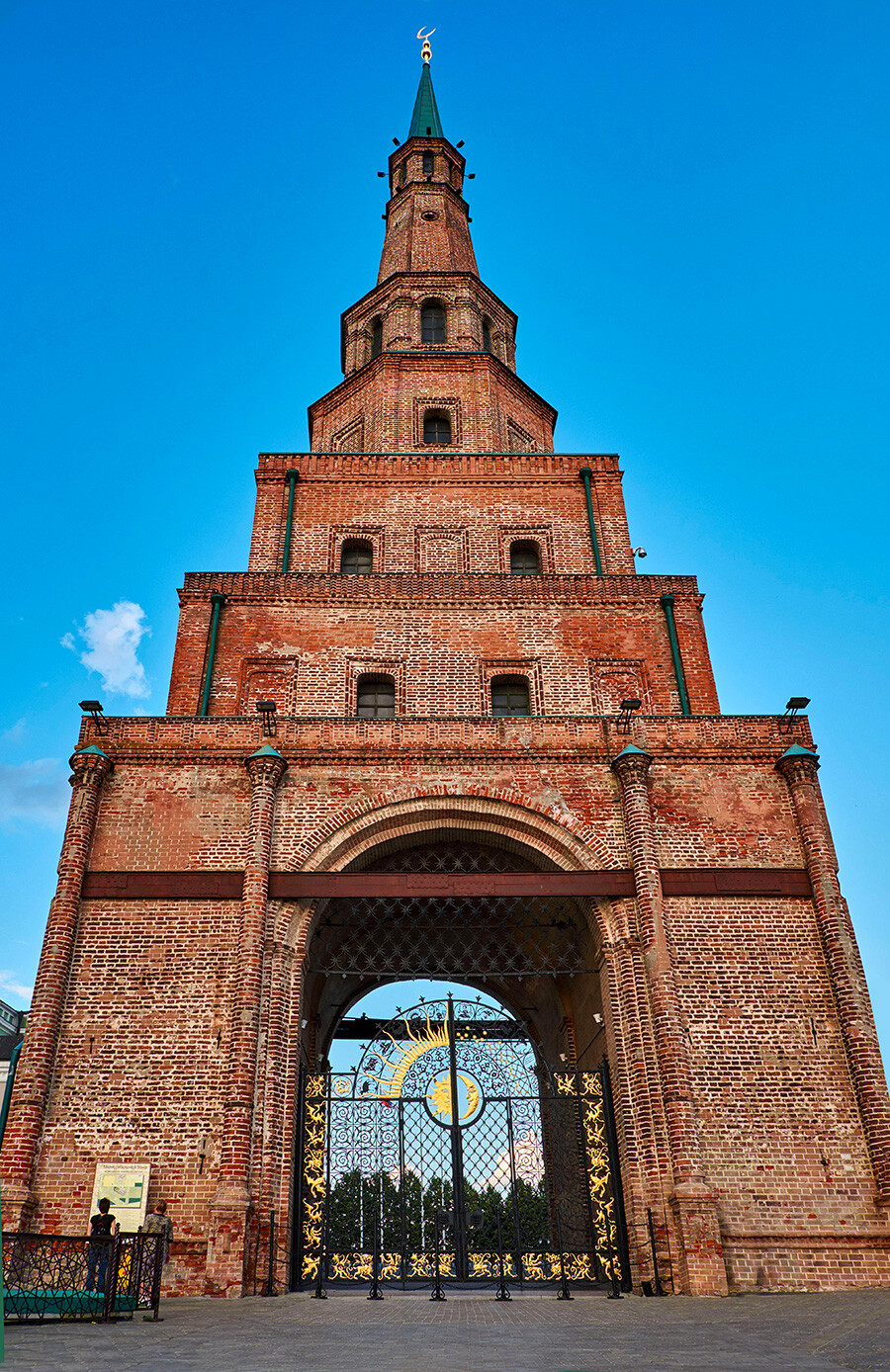 The Söyembikä tower has seven storeys

Now, the Söyembikä Tower is one of the calling cards and most recognized symbols of Kazan. To pay a tribute to it, architect Alexey Shchusev reflected its silhouette while designing Moscow’s Kazansky railway station.

The importance of the symbolic meaning of the tower for the city proves the history of its spire. In 1730, the state symbol of the Russian Empire, the two-headed eagle, was placed on the very top of the tower. But, in early Soviet times, it was replaced by a crescent, while the tower was ceremonially returned to the Muslim community of Kazan, as a national historical and cultural heritage monument. In the 1930s, an anti-religious campaign intensified and the crescent was removed, but, after the collapse of the USSR, it was returned again. 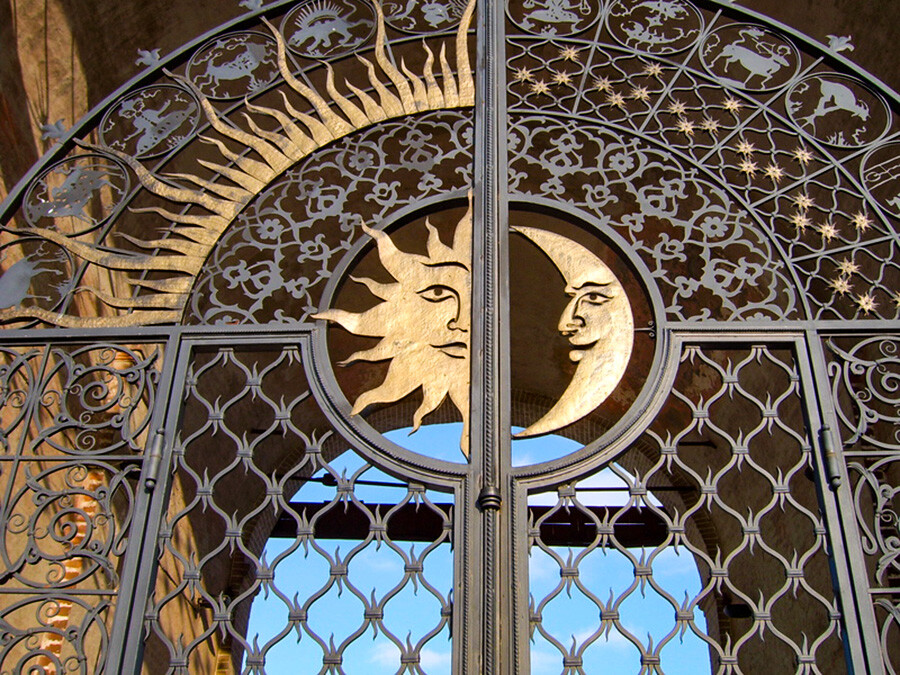 The gates of the Söyembikä tower

At the same time, in the 1990s, the legendary Khan’s mosque, destroyed by order of Ivan the Terrible, was recreated in the Kazan Kremlin. And the Kul Sharif Mosque is now another popular symbol of Kazan.