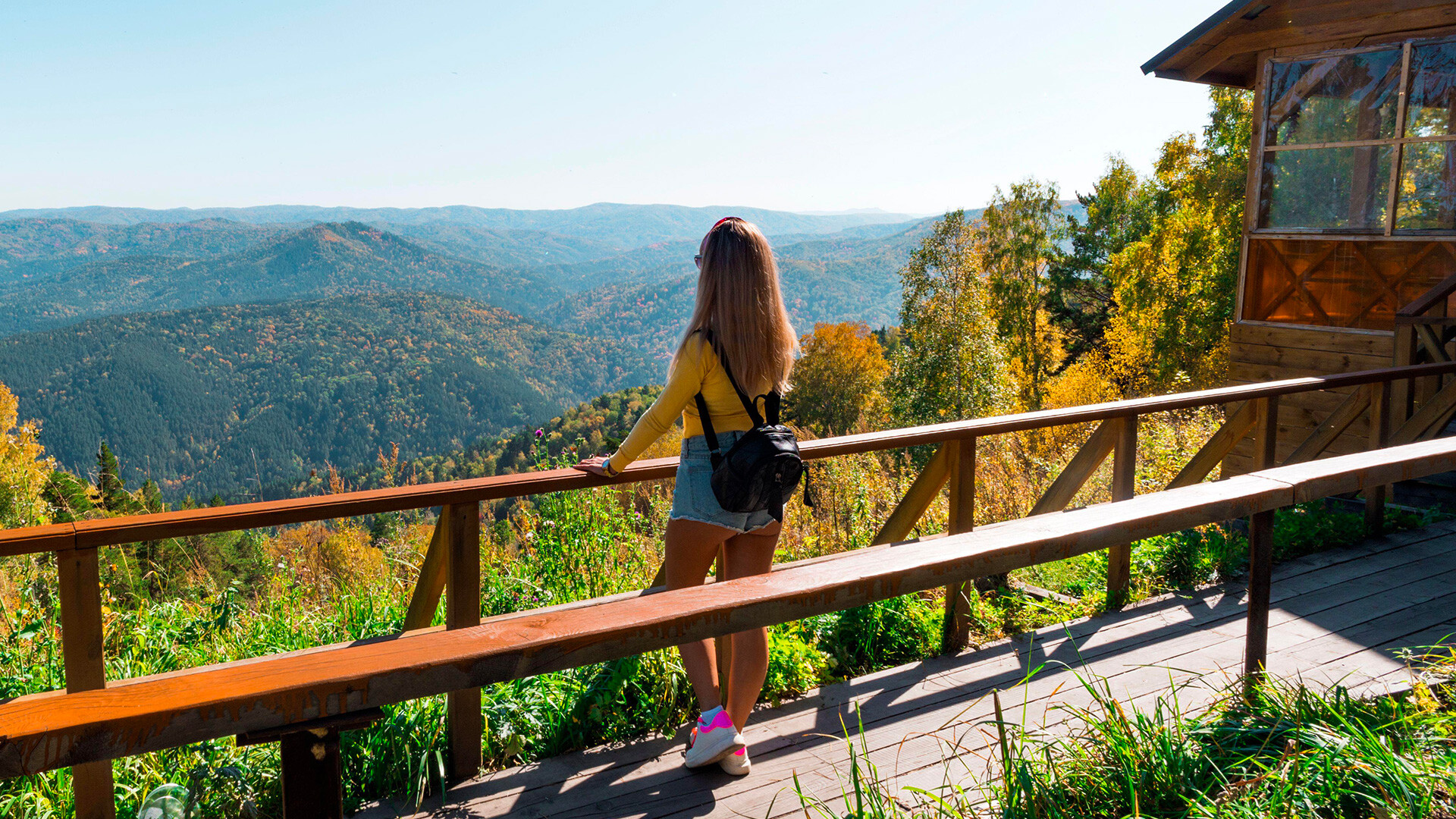 Legion Media
Altai is one of the most popular tourist destinations in Russia. We’ll tell you why. 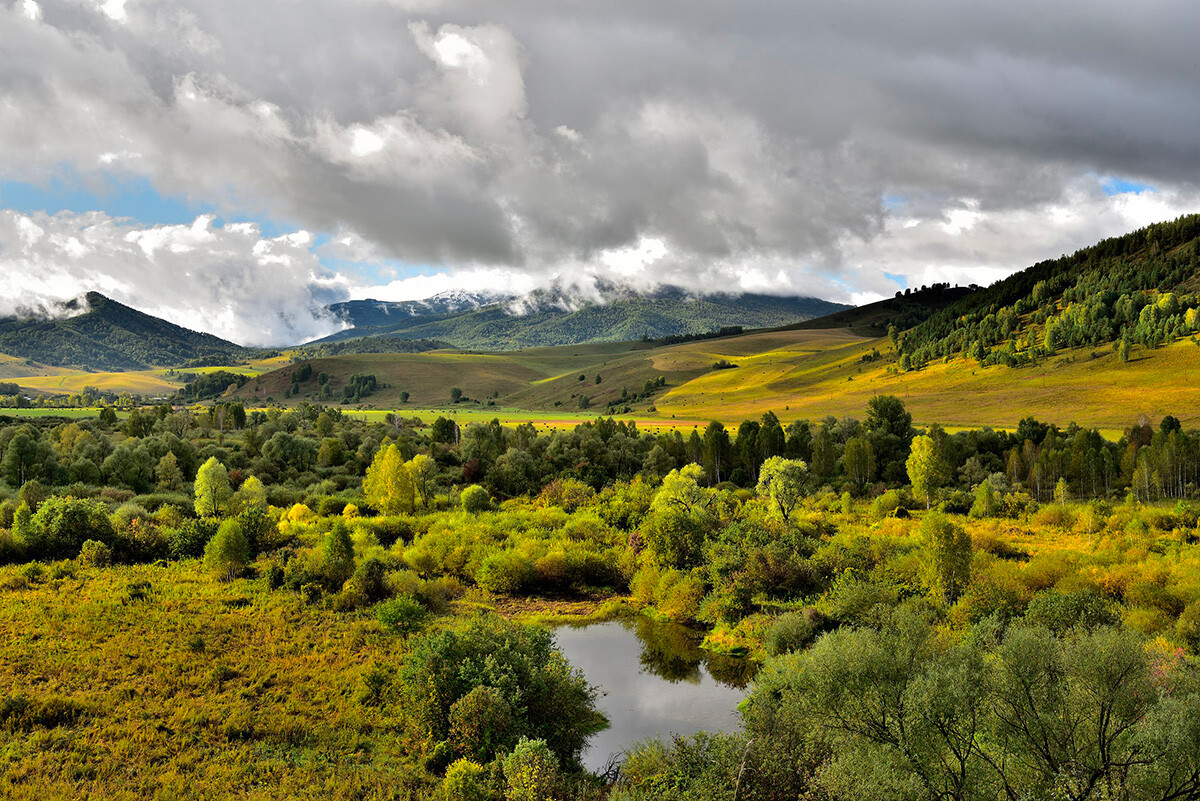 The resort town of Belokurikha.

Altai landscapes are diverse: the northwest of the region is a plain, surrounded from the east and the south by the Salair Ridge and the Altai foothills.

The territory boasts 51 natural monuments, one nature park, one natural reserve and 35 zakazniks (a type of a nature reserve or a game reserve), which opens up many opportunities for eco-tourism. You can go for a hike, ride a bike or a horse, go rafting, kayaking or catamaran riding, fly on a paraglider; in winter, you can also go skiing. 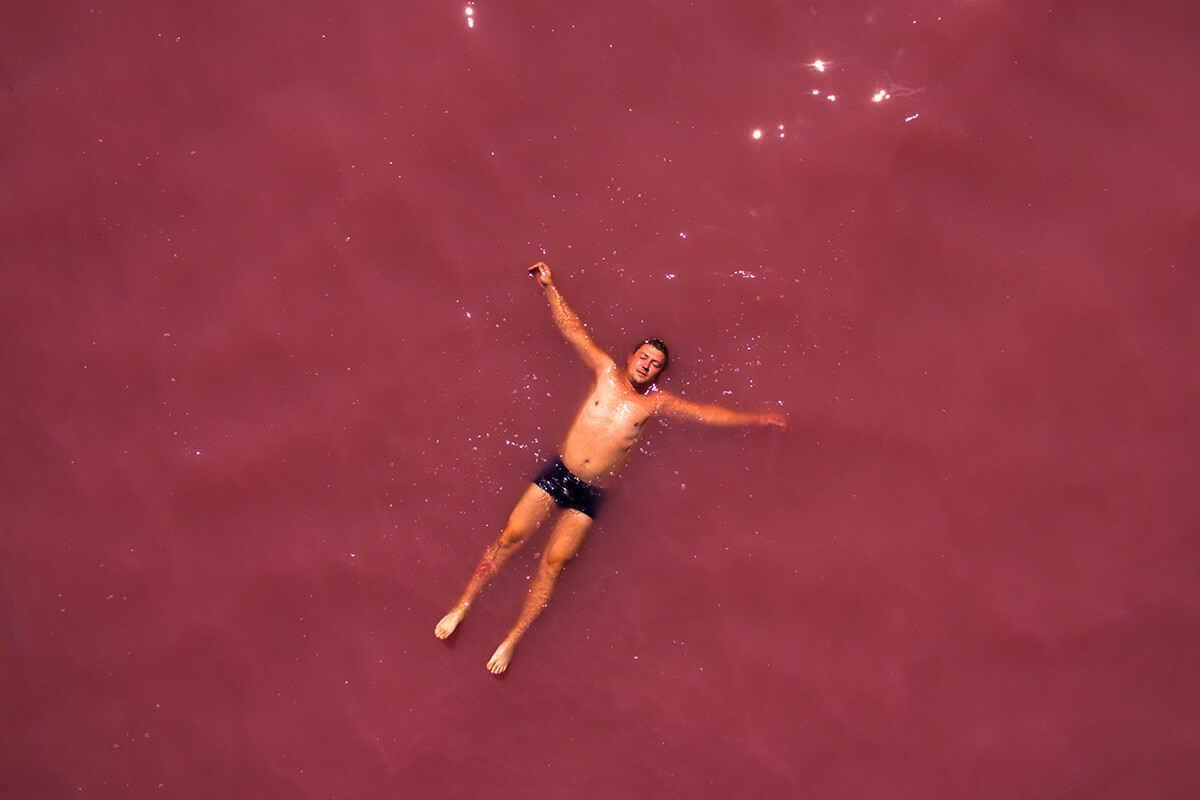 At the pink lake of Altai.

Thanks to the clean air, mineral springs and the steppe lakes’ curative mud, Altai Territory is considered a Siberian health resort: it hosts more than 20 operating sanatoriums. This, however, is probably not the only source of the health and longevity of the locals. Velvet antlers are yet another Altai secret. These are the removed antlers of Altai wapiti (a type of deer) that have therapeutic properties. The region has several Altai wapiti ranches that offer velvet antler baths, medication and even honey with velvet antlers. 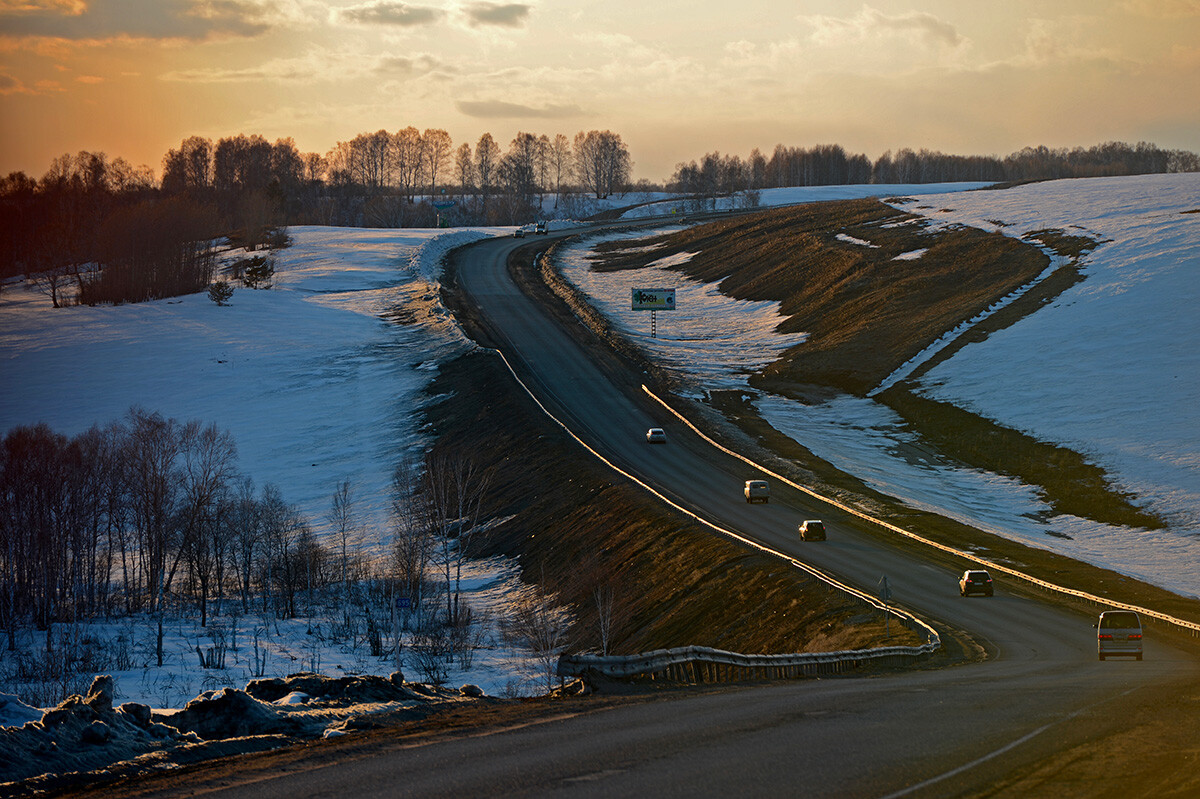 This part of the R256 highway, connecting Novosibirsk to the border between Russia and Mongolia, is called the most beautiful road in Russia. Partially, it follows the stretch of a thousand-year-old path that, as it’s believed, led the Huns and the Mongols from Asia to Europe and where also the caravans of the Silk Road passed.

Right until the 20th century, the Chuysky Trakt was a pack track with dangerous narrow sections along steep cliffs. The first attempts to pave a road here were undertaken in 1901 and it was open to car traffic only in the 1930s.

The highway is popular among car and motorcycle tourists, as well as cyclists, for its picturesque views. There are campgrounds and tourist centers along the highway. The total length of the highway is 616.7 kilometers, 77 kilometers of which wind through Altai Territory. 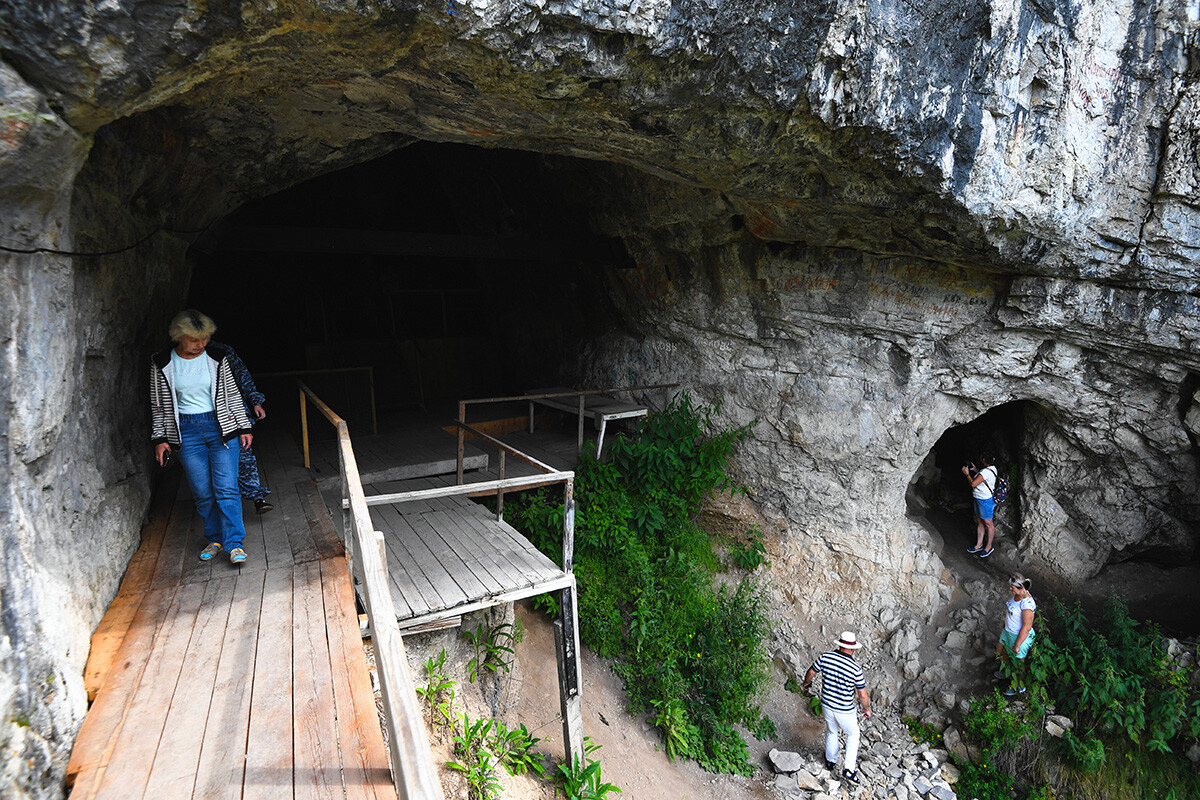 Tourists at the entrance to the Denisova cave.

Findings discovered in Denisova Cave indicate that ancient humans began to settle in Altai at least 280,000 years ago. Homo sapiens altaiensis (the Altai or Denisova hominins) remains were found there – a species formerly unknown to science. After the Denisovans, 150,000 years ago, the Neanderthals also appeared there.

Archaeologists discovered more than 20 cultural layers of different eras in this cave and gathered 80,000 artifacts. Among them – tools, weaponry, ornaments and plant- and animal remains.

Denisova Cave is located in Soloneshensky District, at a height of 670 meters above sea level; its area is 270 square meters. The top part of the cave has a hole, through which light can get in. Special speleological training is not required to visit the cave, so it’s open to regular tourists. 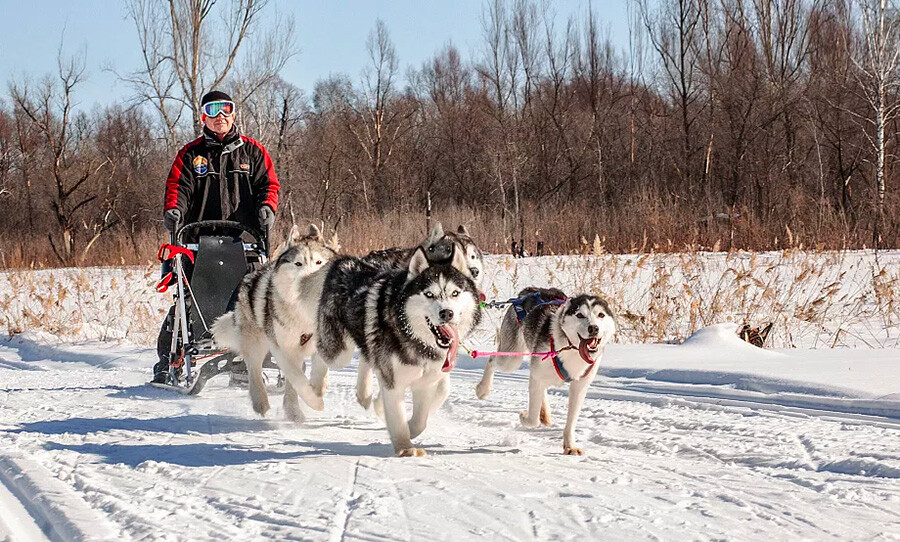 There are two Siberian husky kennels in Altai Territory, as well as one mushing center, where the Alaskan Malamutes live. There, you can find out about how dog sleds are made, about how to handle one and, of course, the center will offer you the opportunity to try and ride around the village: in winter – in a sled, in summer – in a cart. The kennels’ owners claim that all their animals are very sociable, friendly and will gladly pose for photos with guests. 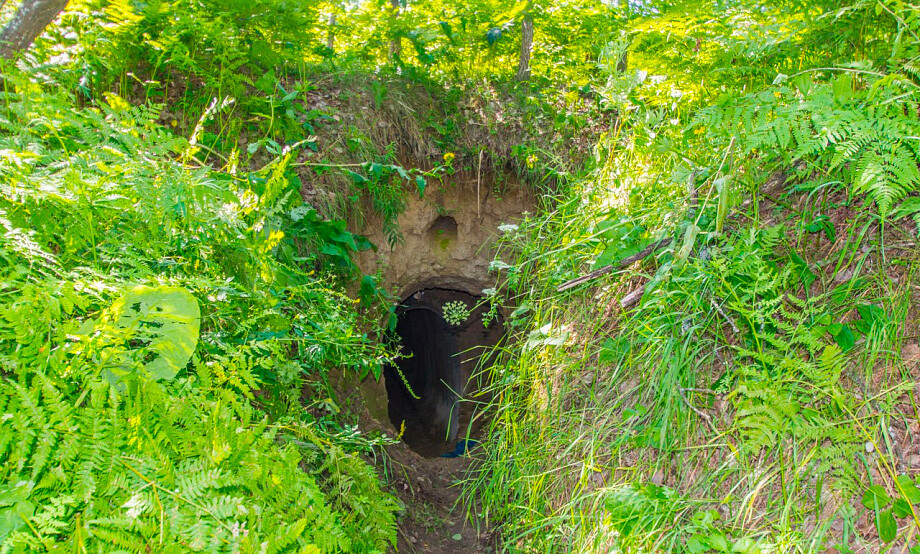 The Svyato-Danilov temple complex is located in Zarinsky District. This is a network of man-made underground passages with a total length of 250 meters. It’s believed that this complex was dug up approximately in 1903-1907 by monk Daniel. The construction took 12 years of the monk’s life, with the help of only one of his pupils. In the middle of the 1920s, Daniel was slain by the village officials, who demanded the monk to surrender the temple gold for the starving people of Povolzhye (Volga Region).

Once, the temple gallery walls featured niches for religious icons and candles and the large altar room was decorated with bas-reliefs of the Virgin Mary and the Savior. In the beginning of the 21st century, the temple began to crumble, the majority of its rooms ended up buried; however, the central entrance, the altar room, the monastic cell, the “room” before the cell and a small part of the underground passages still remain, as per the Altai Territory branch of the Russian Geographical Society website. 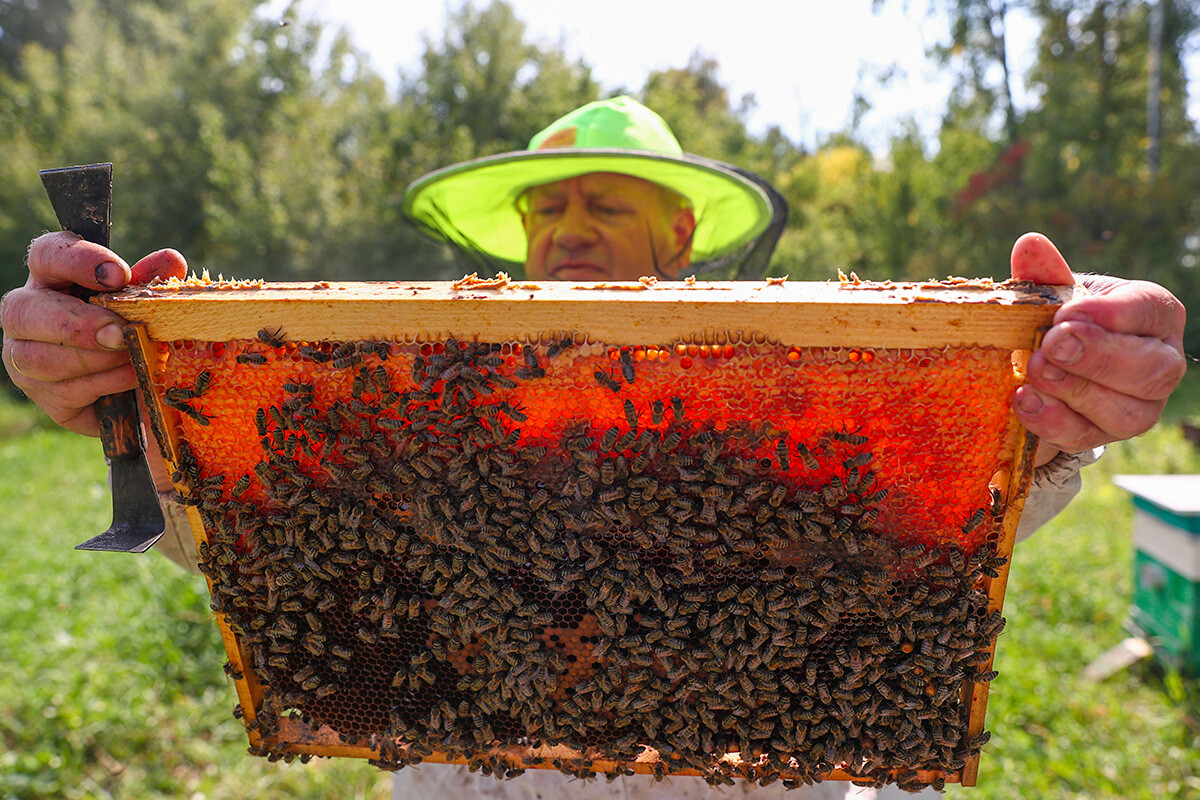 Altai honey is one of the two most famous regional honey types in Russia, along with Bashkir honey. Its value is in its “blend”: in Altai, fields are interspersed with meadows, mountainous regions and taiga, where you can find rare plants. That way, bees visit more than 400 plants.

Among the different kinds of honey, mountain honey is especially popular, prized for its therapeutic qualities. You can distinguish it from other honey types by its bitter-tart notes and its fresh, non-syrupy texture. 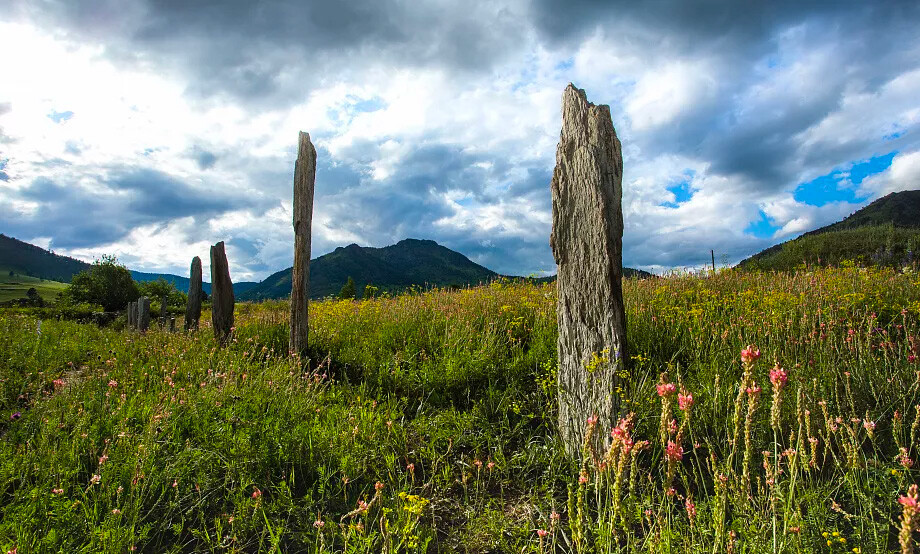 This roughly 2,500-year-old monument is located in Charyshsky District, not too far from the road between the Sentelek and Pokrovka villages. It’s 50 meters in diameter and two meters tall. Its name comes from its size: this is the largest kurgan in Altai Territory.

According to one version, it was an ancient observatory. According to another, chieftains and priests were buried there; perhaps, rituals were also performed there. A row of 19 stelae leads to the burial complex. The further away from the kurgan, the taller were the stelae: the closest stone pillar is just two meters tall, while the furthest one is 4.5 meters tall. These are the tallest megaliths of this kind in Altai Territory.

9. Try your luck at Siberia’s only casino 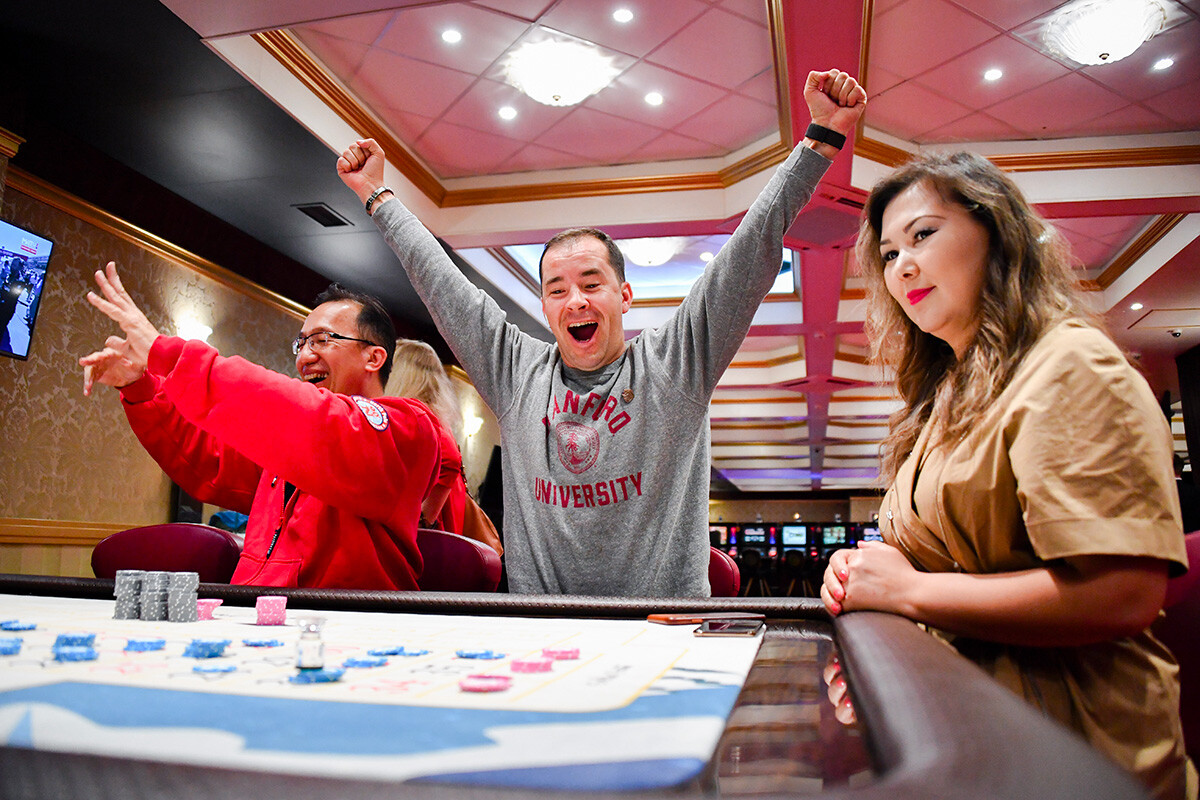 People playing the Roulette game at the Altay Palace casino in the Siberian Coin gambling zone.

Gambling is banned in Russia, except for four specially established “gambling zones”. The only Siberian gambling zone, ‘The Siberian Coin’, is located in Altai Territory. There is the ‘Altai Palace’ casino, with a capacity of 500 guests, opened back in 2014. This casino is a part of a large tourist complex with a hotel, a restaurant, a spa center and a concert venue. Apart from gambling, the entertainment offered there includes rafting, ATV excursions, horseback riding and tours to other local attractions. 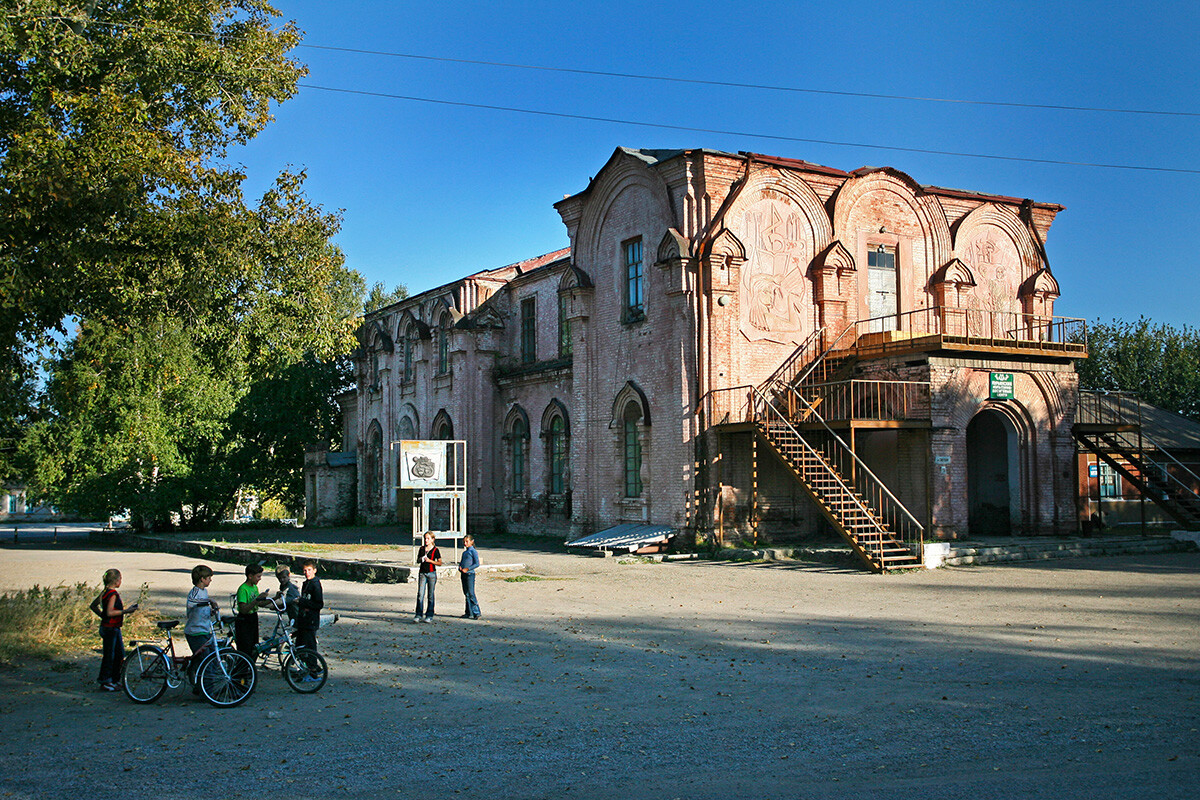 Church in the village of Kurya.

The name of the world-famous small arms designer is more often associated with Izhevsk, where Mikhail Kalashnikov spent the majority of his life, designing dozens of prototypes of automatic weapons. Meanwhile, the engineer’s hometown is the village of Kurya in Altai Territory. His father spent a long time living in the Kuban area, from where he moved with his family to Altai under then Prime Minister Pyotr Stolypin’s agrarian reform.

The Kalashnikov Memorial Museum is located in the building of the former village school, built back in 1905: the future engineer studied there.