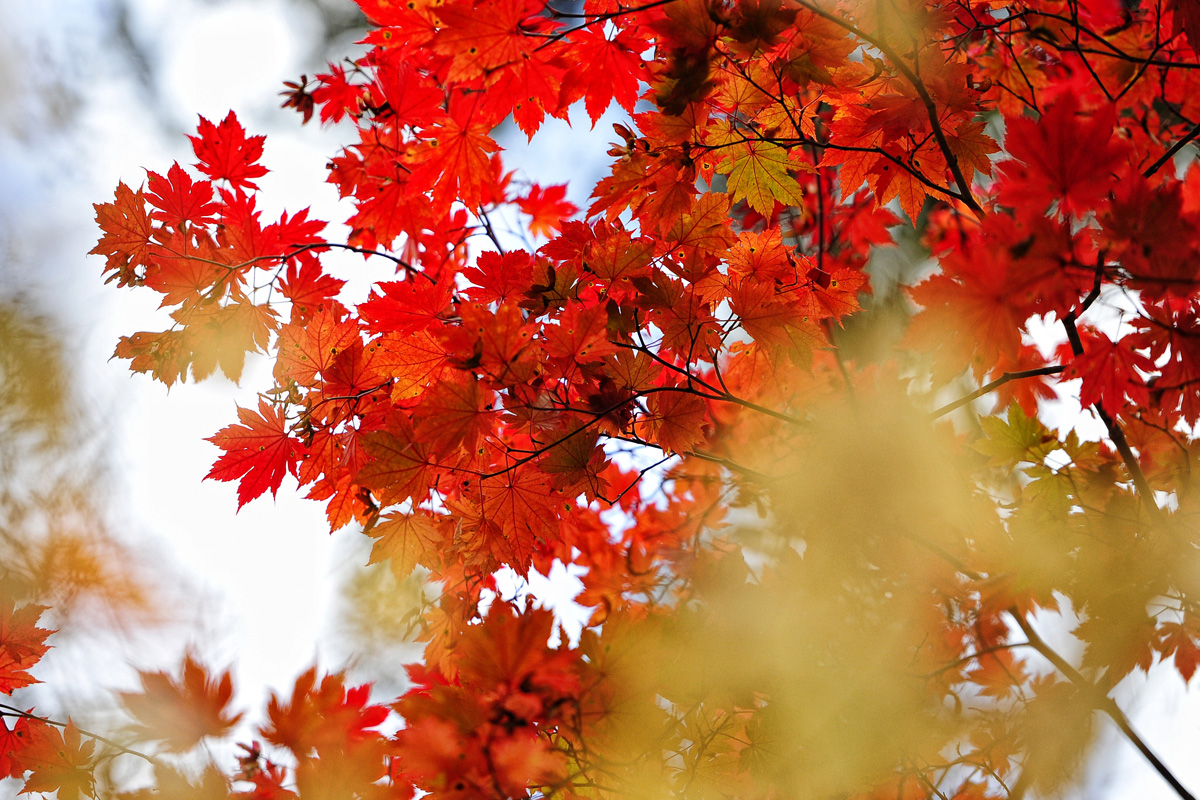 The Japanese neighbors that live 900 kilometers across the Japanese Sea from the Primorye region (6,400 kilometers from Moscow) call September and October "Akibare," which means "autumnal transparency." The stuffiness of the summer is gone and the sea has accumulated heat like a thermos flask to sustain the air temperature in the southern parts of the territory. This time of year is much beloved by both Vladivostok residents and tourists: The forests are still green, but bright patches of yellow and red begin to emerge here and there.

When September is over, the forests of Primorye turn into a colorful mosaic almost overnight, with cedars and silver-fir trees remaining as the only islands of green. Multicolored maple trees are one of the main visual impressions of this season. The Japanese, with their traditional penchant for contemplation and long-held love of admiring fall leaves, call this time "the hunting season for red leaves," or Momijigari.

The taiga forest of the Primorsky Territory features 11 species of maples. Some of them are barely identifiable at first sight because their leaves may resemble those of sycamore or hawthorn. In addition their bark can also resemble linden trees. When the fall masquerade begins, several species turn yellow, others turn scarlet, and tall and stately sugar maples, whose juice is boiled down until it achieves a honey-like consistency to obtain maple syrup, become a rusty red. Still other species remain a bright lemon yellow. The Amur maple can either be orange or wine-colored.

Everyone tries to find time to walk in the forest, enjoy the smells of the fall and admire the rays of the sun playing around in maple crowns. Thousands of people head to the Botanical Garden on the outskirts of Vladivostok to walk along alleys framed with late dahlias and chrysanthemums and to take a special path that leads up the slope to the top of the Bogataya Griva mountain range.

In Primorye fall ends abruptly sometime in the second half of October. On occasion the first snow shrouds the trees before they shed all their leaves. Yellow and crimson leaves beneath the snow are a fantastic sight, a wonderful contrast of seasonal colors. But it is practically impossible to gauge when such scenes will be on display.

Gathering cedar cones in the forest is another popular activity, which is also a source of income for locals. Cones can be found under cedars after the first strong winds in the Ussuri taiga between Vladivostok and Partizansk, where groves of cedars and silver-fir trees dominate on the tops of sopka hills and their northern slopes.

Fall is the best season for hiking to the tops of the Primorye Mountains. The air becomes clear and you can see the sea from Mount Pidan, while Mount Oblachnaya offers a panorama of the entire Sikhote-Alin mountain range.