French St. Petersburg: Where the Neva looks like the Seine 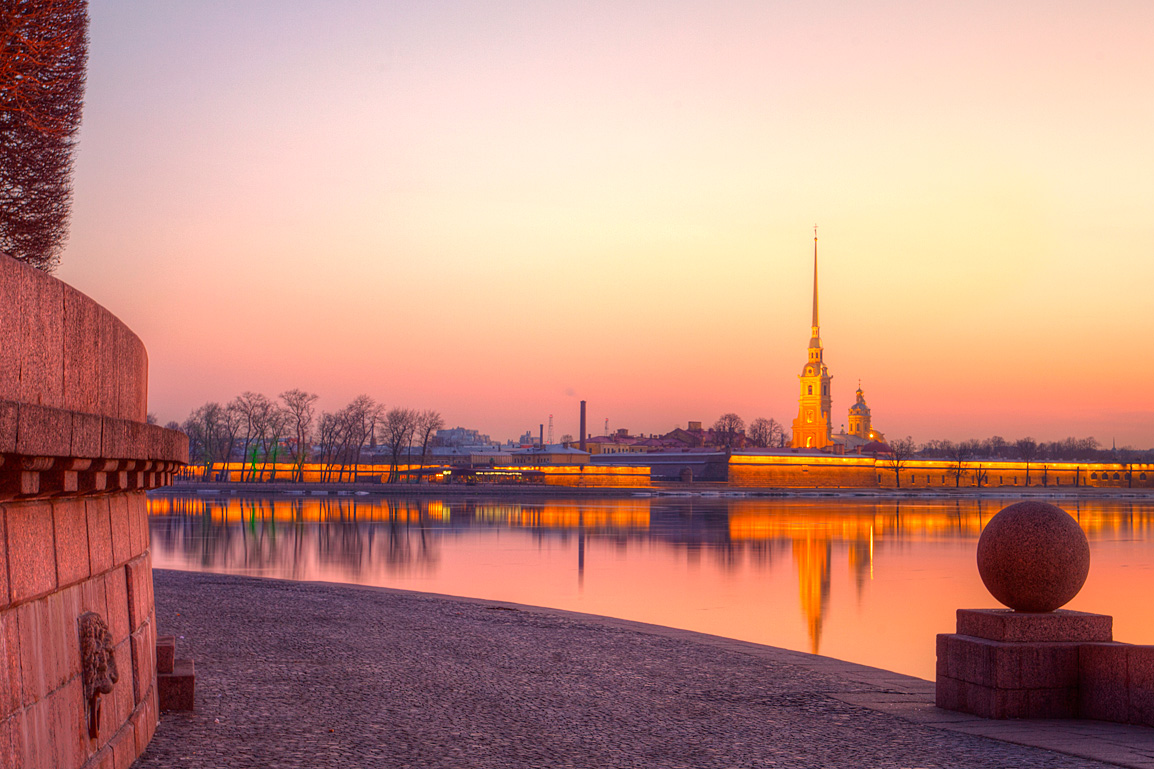 Lori/Legion-Media
Impressionist art and Voltaire's library in a city full of French culture. 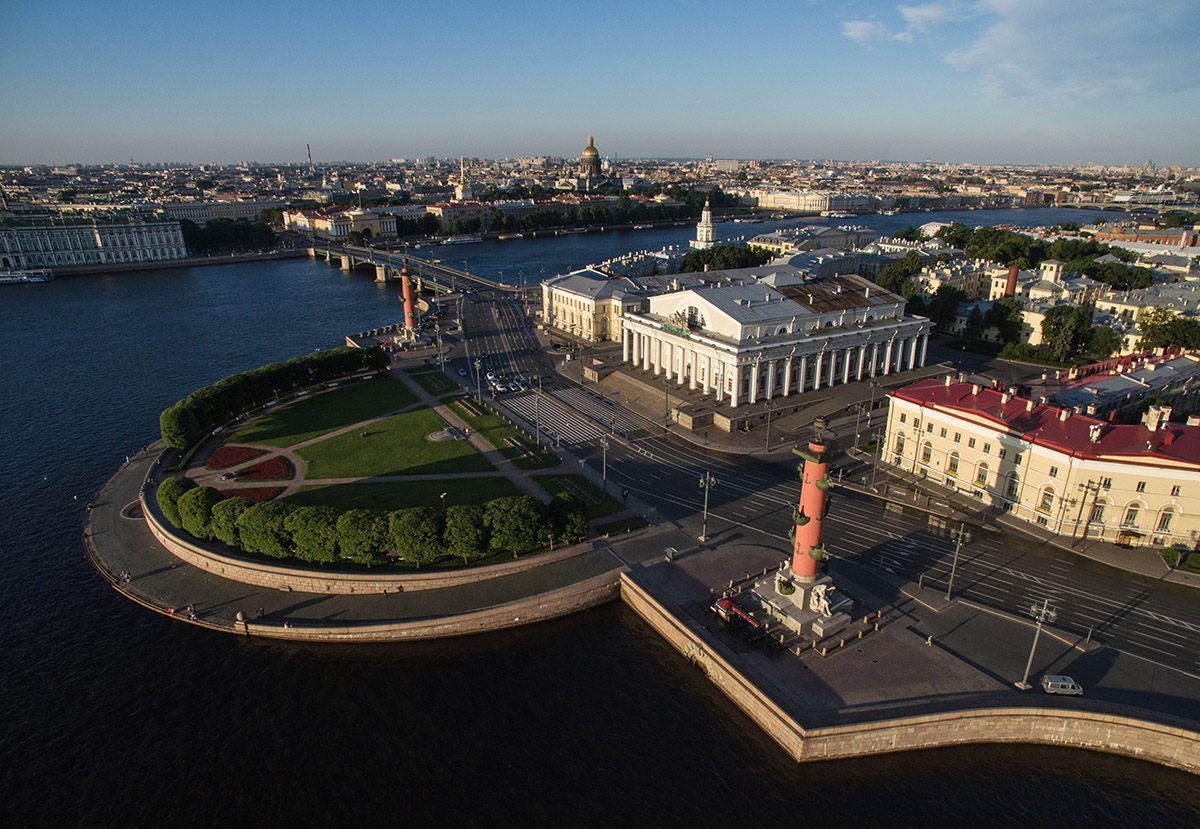 The Spit of Vasilievsky Island, a headland on the Neva, crowned with two magnificent column-shaped lighthouses and a crescent of green grass between them, is one of St. Petersburg's most recognizable sights. The ensemble owes its impeccable proportions to French architect Thomas de Thomon, who created it in the early 19th century. It used to be the city's sea facade: During the short navigation period, ships with European flags would moor here every day. They were welcomed by noble St. Petersburgers or their servants, who scanned the crowd for passengers in French clothes: Back then, a French tutor, fencing teacher or cook was a must for every highly-placed noble family. 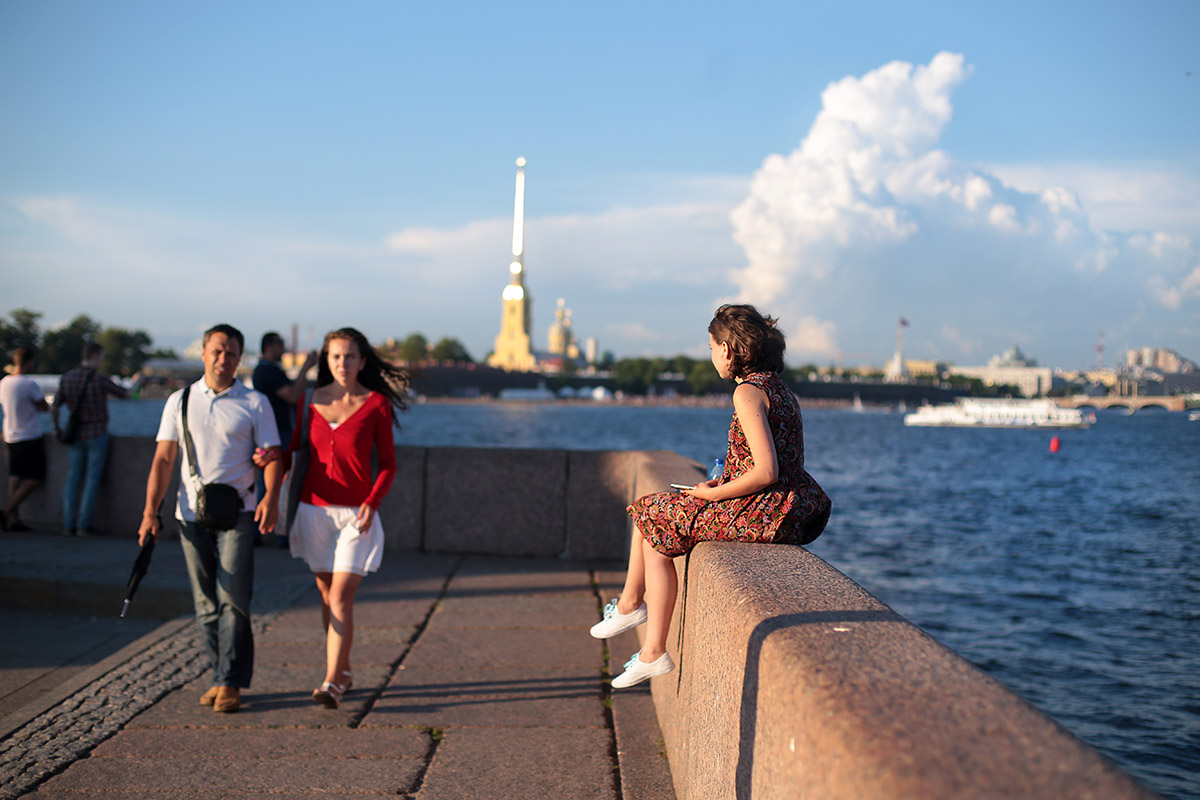 Across the river, the spire of Peter and Paul Fortress glistens in the sun, marking the very location where the city was founded back in 1703. "The heart of St. Petersburg" was created by Joseph-Gaspard Lambert, a military engineer of French descent. The present look of its red-brick and granite ramparts makes it hard to believe that the fortifications were initially groundwork: The French engineer was concerned not only with the defensive capabilities of the fortress, but with its cost efficiency as well. 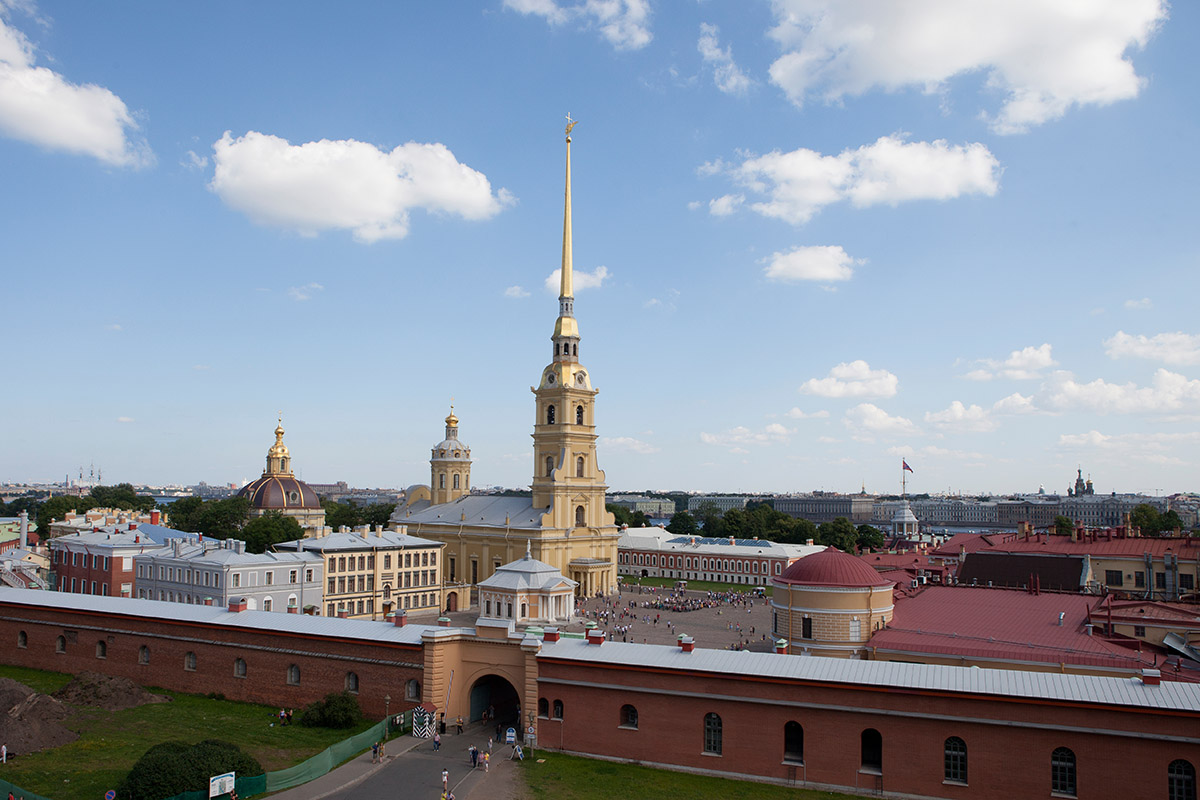 Peter and Paul Fortress is located within walking distance of Troitsky Bridge on the Neva, which is a perfect viewing point for almost all the primary landmarks of the city. The metallic Troitsky Bridge was begun in 1897: the building competition was won by the company of Eiffel, the creator of the celebrated tower in Paris. However, the city administration eventually opted for the project proposed by Batignolles, another French agency. The then-president of France, Félix Faure, and Russian emperor Nicholas II put a golden coin under each foundation of the bridge. A year prior to that, a bridge named after the previous Russian emperor, Alexander III, had been begun in Paris; the Troitsky Bridge became its twin. 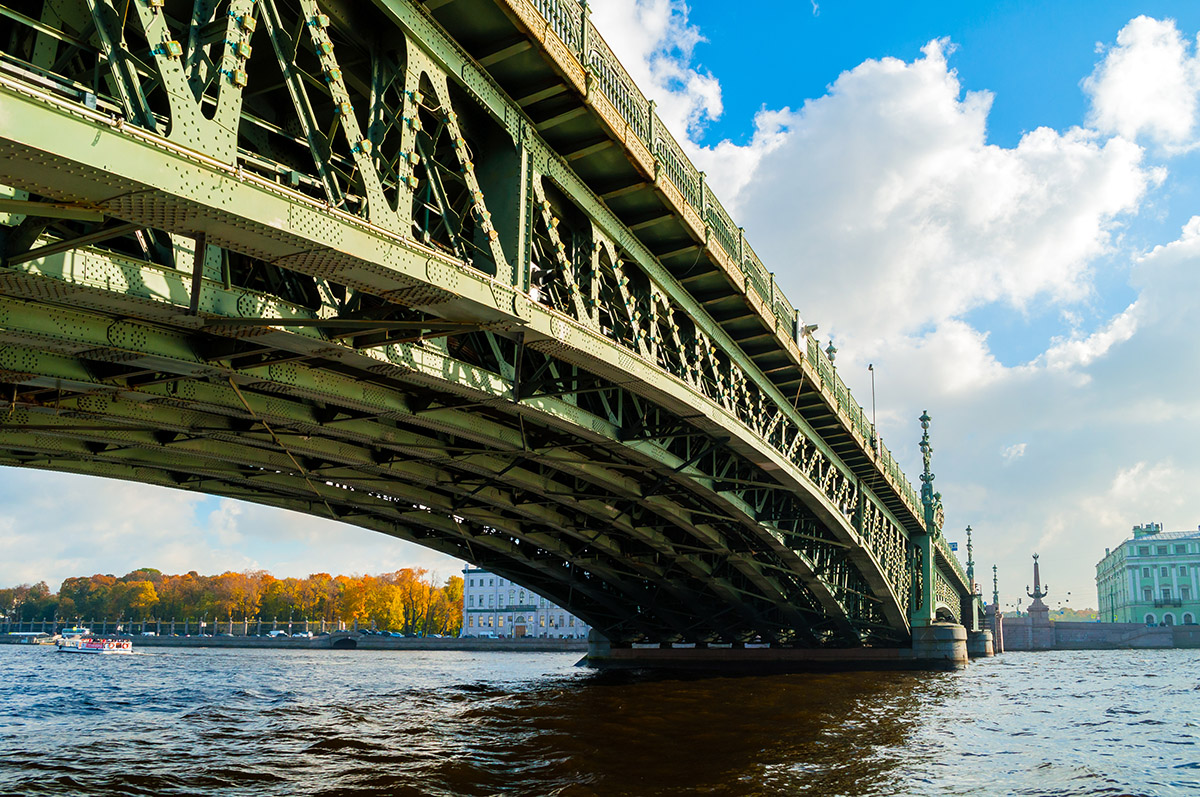 Crossing the Neva, you’ll arrive at the Field of Mars – 22 acres of green lawns in the center of St. Petersburg. Just like its Parisian twin, a vast green lawn in front of the Eiffel Tower, the Field of Mars in St. Petersburg once served as a square for military parades and now it’s a recreational space. On a fine summer day, you can join a group of petanque players, or simply bask in the sun. And if it's raining, which is more common for St. Petersburg, you should probably move on to the next route. 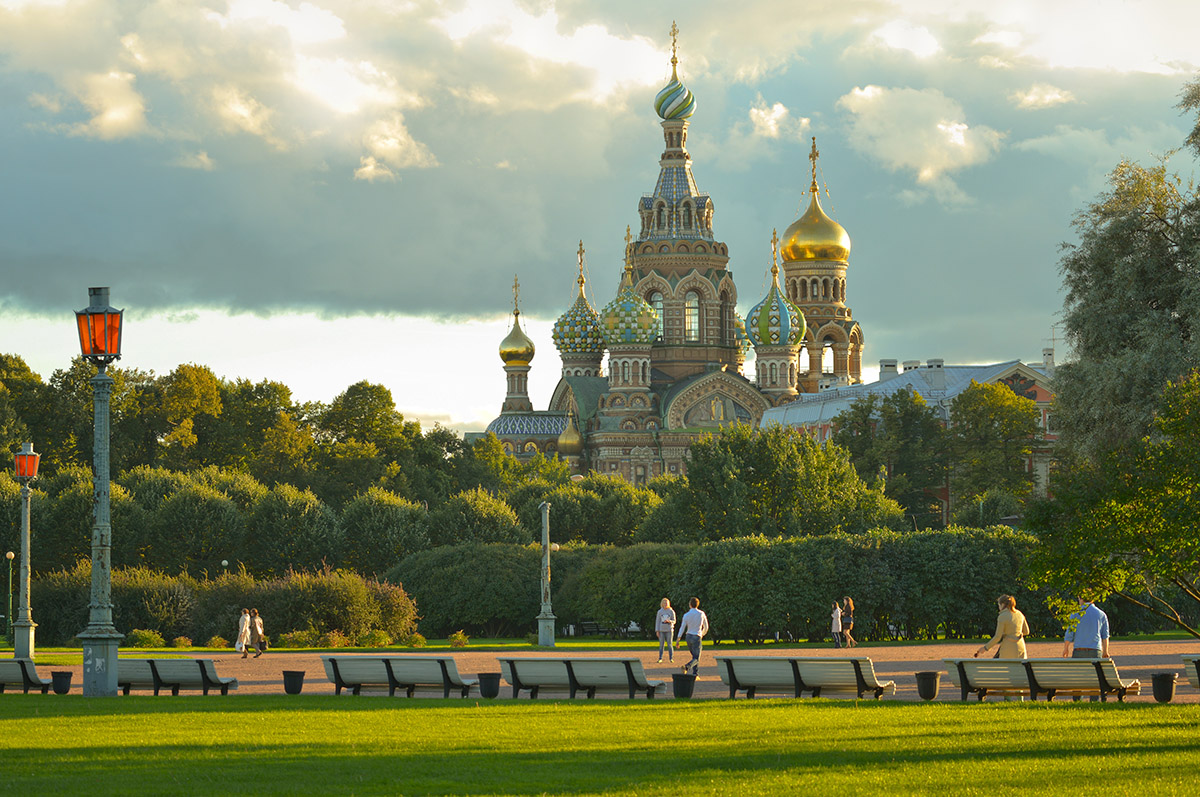 Take a walk along Nevsky Prospect to Sadovaya Street: their intersection is marked by the circular facade of the Russian National Library, which occupies an entire block. Among its 36,000,000 books and journals, it stores two French collections: The archive of the Bastille, rescued at the height of the French revolution and moved to Russia, and Voltaire's library – 7000 books, most of which bear the author's handwritten notes in them. 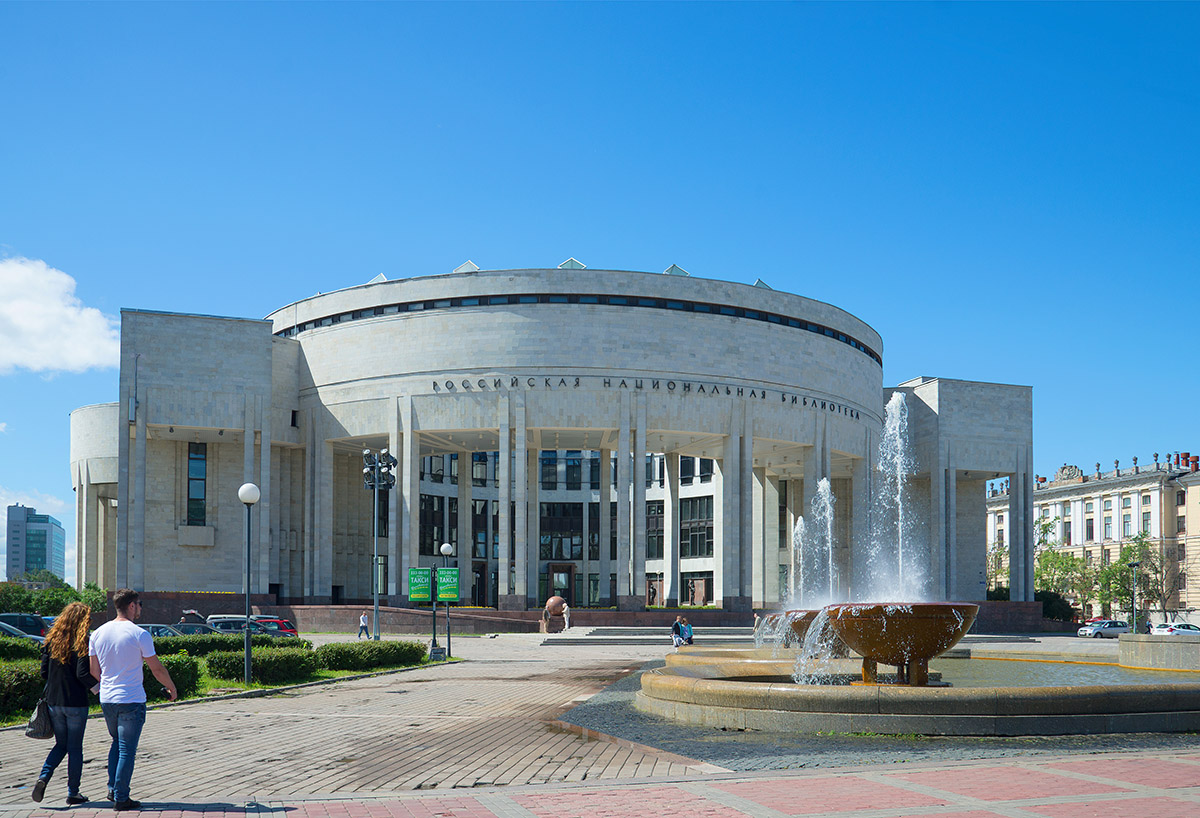 The first reader of Voltaire's library in Russia was Empress Catherine the Great, who corresponded with Voltaire, Rousseau and other Enlightenment philosophers who inspired the French Revolution. Nevertheless, it did not stop her from requiring that the several thousand French residents of Russia swear loyalty to their deposed king in 1789, when the Revolution finally occurred. The monument to Catherine II is located right next to the library, in Catherine Garden. 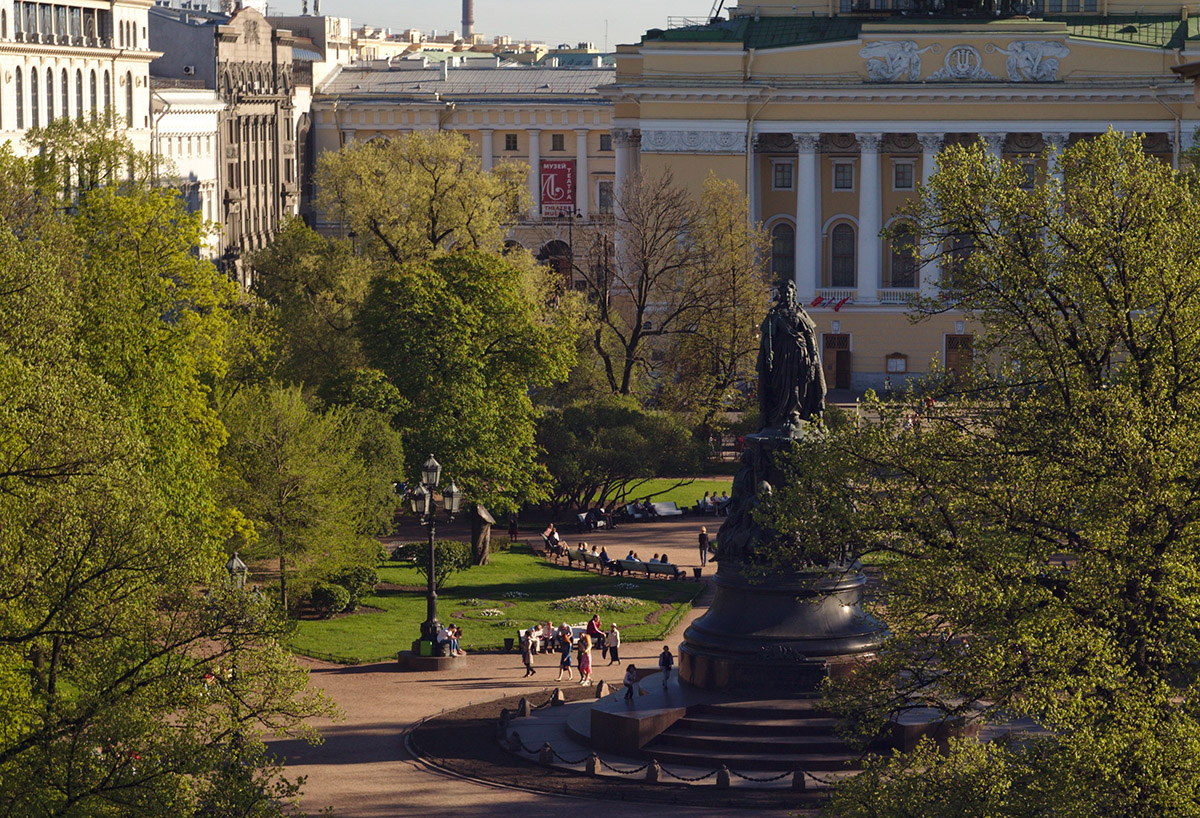 Besides, the library is not the only treasury of French masterpieces in the Northern Capital. The State Hermitage holds the largest collection of French art outside France.

A dozen halls in the main building of the museum, the Winter Palace on the Palace Embankment, are dedicated to French ceramics and paintings of the 15th–18th centuries, including a few works by artists Louis Le Nain and Antoine Watteau. Yet still, finding them is no easy task, as there are more than a thousand rooms in the Hermitage. A journey around Russia's main museum requires a guide: Take a free museum map at the entrance, unless you’re willing to spend your entire stay in St. Petersburg roaming its halls. 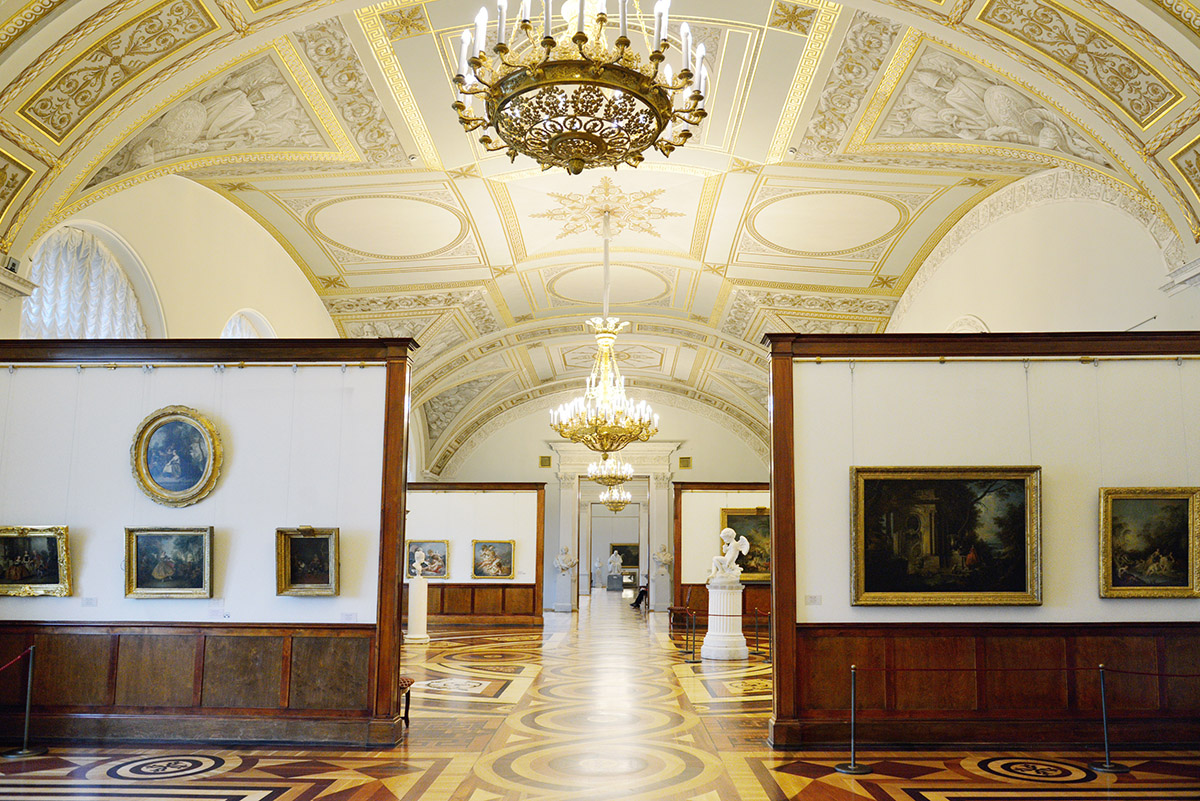 The most well-known French collection of the museum – paintings of the turn of the 19th–20th centuries, including works by Manet, Picasso, Matisse, Monet and Van Gogh – can be found in a separate building, the General Staff Building. 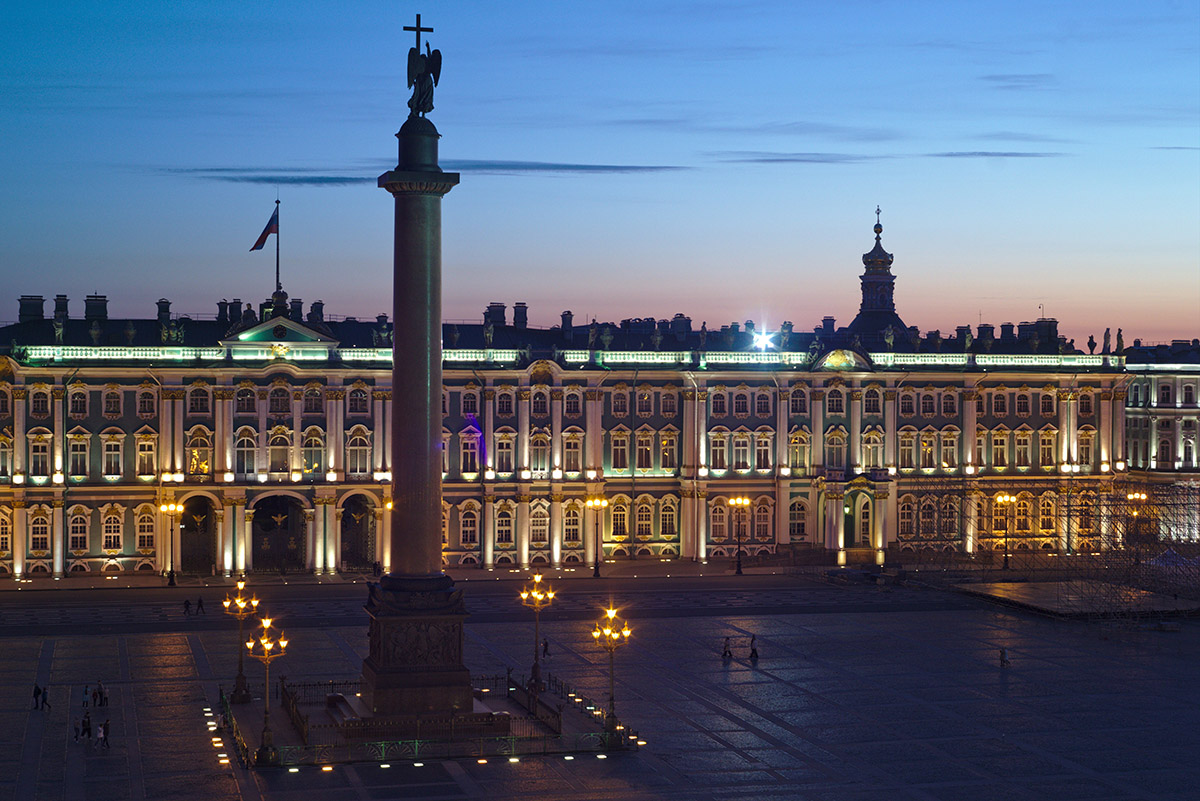 To get to the General Staff Building from the Winter Palace, you need to cross the Palace Square, the center of which is marked by the Alexander Column, crowned by a figure of an angel with a cross. It’s a monument to Russia's victory over Napoleon in 1812, designed by French architect Auguste de Montferrand. He calculated the proportions of the granite pillar with such precision that the column, equal to a 15-story house in height and weighing 600 tons (it would take 30 trucks to move this weight), is fixed in position by its weight alone. This is why St. Petersburgers were at first wary to walk too close to the column, and Montferrand would take a demonstrative stroll around it every morning. Erected almost two centuries ago, the column remains the world's largest manmade stone monolith, as well as an indisputable symbol of St. Petersburg.