How Siberia plays its songs: Musical instruments of the indigenous nations 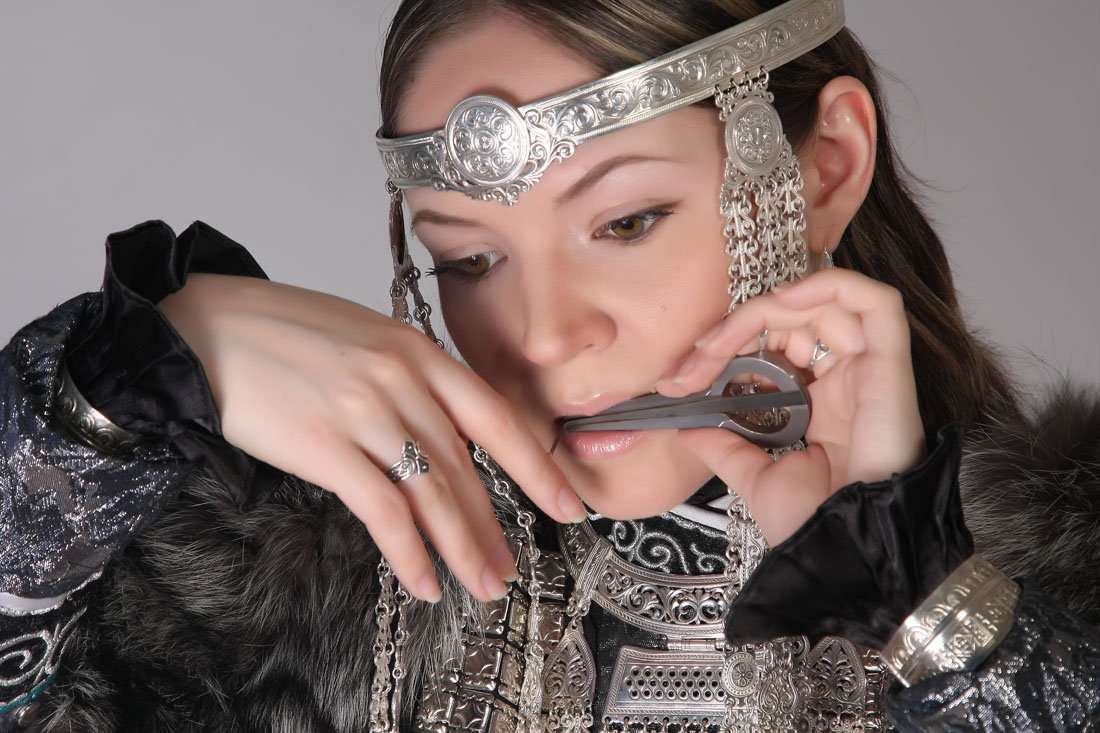 Nikolai Diakonov
There is no way to mass-produce the traditional musical instruments of Siberian indigenous peoples – the sound will never be quite right. If you order an instrument from a craftsman, you might have to wait several years, and the instruments are often stolen during festivals.

A Khakassian legend says that each of the indigenous peoples once received a gift from the spirits – a musical instrument, along with the talent to master it and preserve the traditional manner of performance through the ages.

The Altaians got the khomus, the Yakutians got another kind of jaw harp called vargan, the Khakassians got the chatkhan, and other related peoples took the other instruments. The chatkhan and the chagandan, which are played by Tozhu Tuvans, resemble the Russian gusli, a traditional plucked string instrument. Chatkhan strings were made from horse hair, while the deck was hollowed out from the trunk of a fir tree, a cedar, or a pine.

Like most traditional instruments, the chagadan, the jaw harp, the khobyrakh and the shoor are best suited for playing in a small yurt or a chum, for an audience of 20 people or fewer. Their sound gets lost in a modern concert hall. So craftsmen try to take into account the needs of the performers. They preserve the original sound of the instrument and use only natural materials. 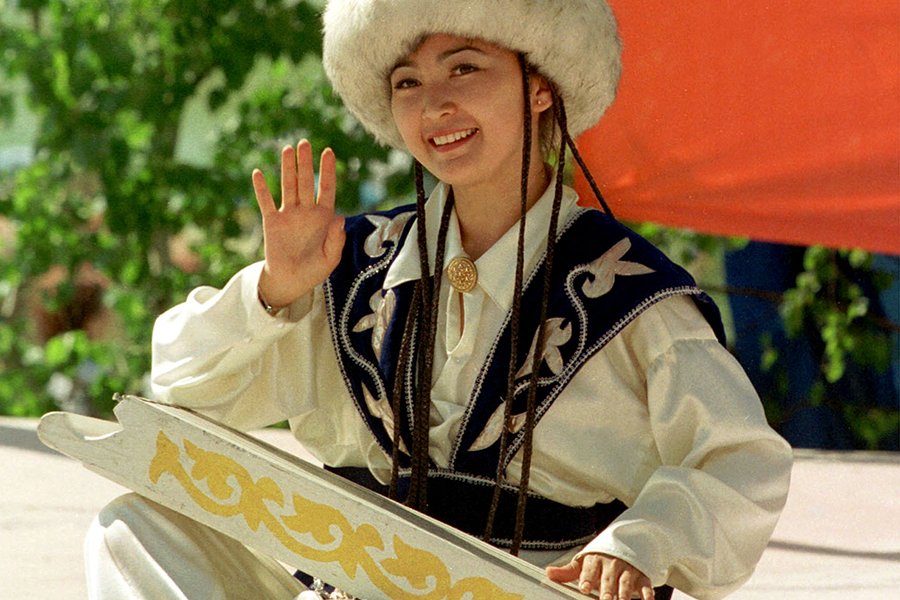 "In the mountains, you can find everything you need – wood and animals. We prefer horse hair, tendons and dried intestines," says Pyotr Topoyev, an expert maker of traditional musical instruments.

90 percent of traditional instruments are hand-made. In Soviet times, there were attempts to set up mass production of khomuses, shoors and chagadans, but the finished products never became popular, due to their poor sound quality.

This is why those who want to include a Siberian musical instrument in their collection start by looking for a craftsman and then patiently wait their turn, which can take several years. The scarceness of these instruments can lead to strange incidents: When on tour, the band Ulger often finds some their musical instruments missing; they disappear without a trace in the global market of rarities.

The shaman’s drum: A mirror of the world 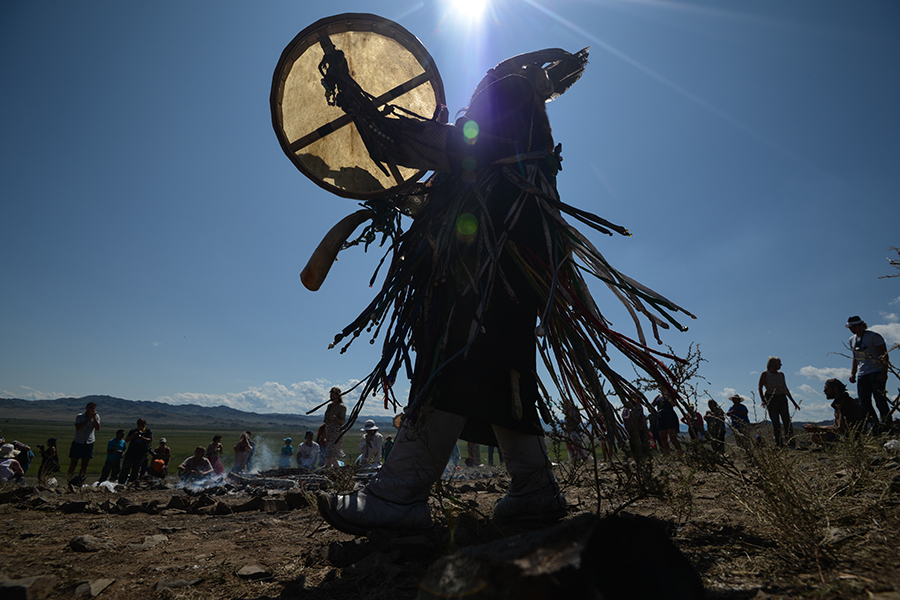 The drum is more than a musical instrument for the indigenous peoples of Siberia; it is the principal sacred object in the shaman's arsenal, an essential means of entering a trance. Northern nations, such as the Chukchi, the Nganasans and the Eskimos, use drums both for entertainment and for religious rituals. The native peoples of the Siberian South – Buryatians, Khakassians, Tuvans and Altaians – believe that anyone who touches a shaman's drum, save the shaman himself, will be cursed.

The drums are made from the hides of grazing animals by stretching the hide and tucking it around a wooden frame. The frames can be elliptical or round, with protruding "ribs" and additional resonating cavities. The size of the instrument also varies: Ethnographers have described drums as big as a person, weighing dozens of kilograms, as well as 50-centimeter drums.

Decorated with metal bells, plates and rattlers, a drum is a festive sight: In the hands of its owner, it becomes a shining comet with a dazzling tail of multicolored ribbons. The ornaments also enrich the sound of the instrument: as the player strikes the drum, its thunderous beat is complemented by a jingle and a rustle which imitates the sounds of nature. The special stick used to beat the drum is decorated with fur and coins.

Music of the universe

The drum represents the structure of the universe. The outer surface of the instrument depicts the Higher, the Middle and the Lower worlds, whereas the handle resembles da Vinci's Vitruvian Man. Shamans see the drum as their steed that carries them around the universe. 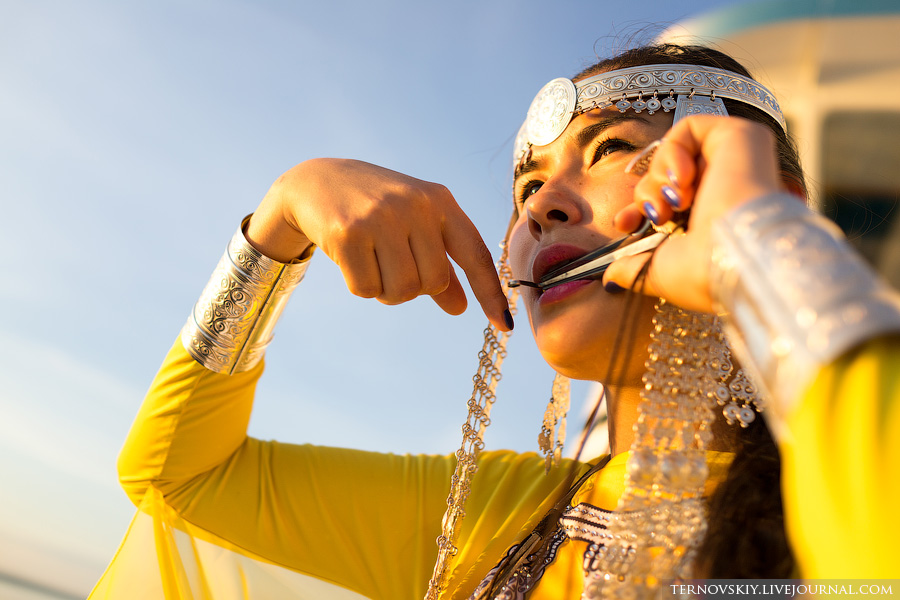 Siberian musical instruments have a lot in common with similar instruments from different cultures all over the planet. Thus, the Yakutian khomus has family in Norway – the munnharpe – as well as relatives in Kirgizia (temir-komuz), Japan (mukkuri), Iran (zanburak) and Cambodia (angkut).

Khomuses can be found in Latin America, Africa, some parts of Asia and even Europe. This type of musical instrument is over 5000 years old. Yakutians make khomuses from wood, bone and iron in two basic shapes – plate-like and curved.

Only experts can appreciate the unusual Yakutian manner of playing: The musician presses the khomus to his mouth with his left hand, while his right arm is bent and his right hand is raised to the level of his head, the nail of the index finger facing down, positioned in front of the instrument's tongue. As they play, Yakutians make sounds with their tongues to imitate the clatter of horses’ hooves, the howl of a wolf, the cry of a hawk or the whistling of the wind: