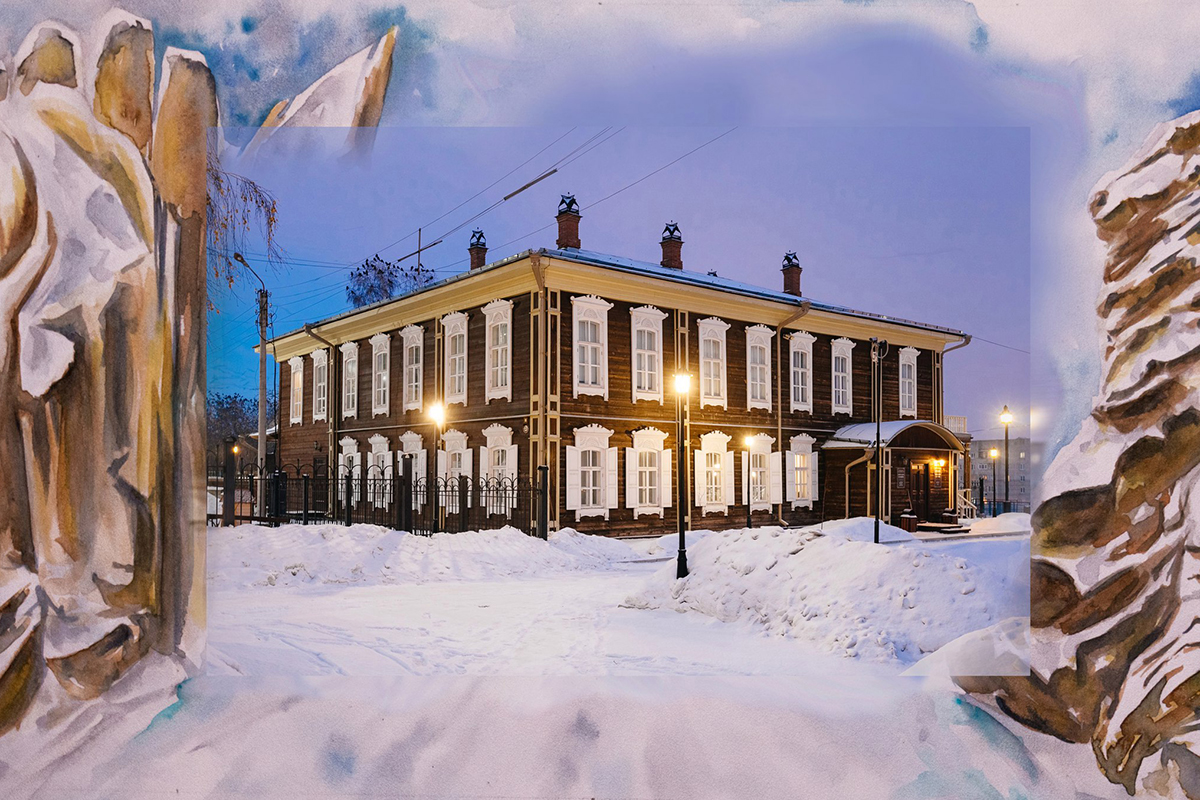 Illustration: Elena Larionova
Despite the climate, Siberian merchants knew how to live in style.

When you come to Krasnoyarsk (4000 kilometers from Moscow) on a train from the east, you see an array of two-story wooden houses with decoratively carved window frames on the bank of the Yenisei river in front of the railway station.  This is the memorial museum and mansion of Gennady Yudin, a Siberian merchant, entrepreneur and a major Russian book collector. In the 19th century, Yudin stored his collection in this suburban mansion and lived here with his wife and children. Today, you can read books from his collection only at the U.S. Library of Congress, but let us start from the very beginning of his story.

Olga Mironova, the director of the Yudin museum and mansion, says: "History is created not only by great deeds, but also by the everyday. As we speak about Yudin and his family, each visitor of the museum finds something he or she can relate to: A love for books, traveling, family history, collecting or entrepreneurship."

The museum contains that pronounced romantic ambience common to Russian mansions: Walking through its halls, visitors feel as if they were merchants or noblemen and can imagine what their lives could have been like in a house like that and what their rooms would have looked like, shares Mironova. 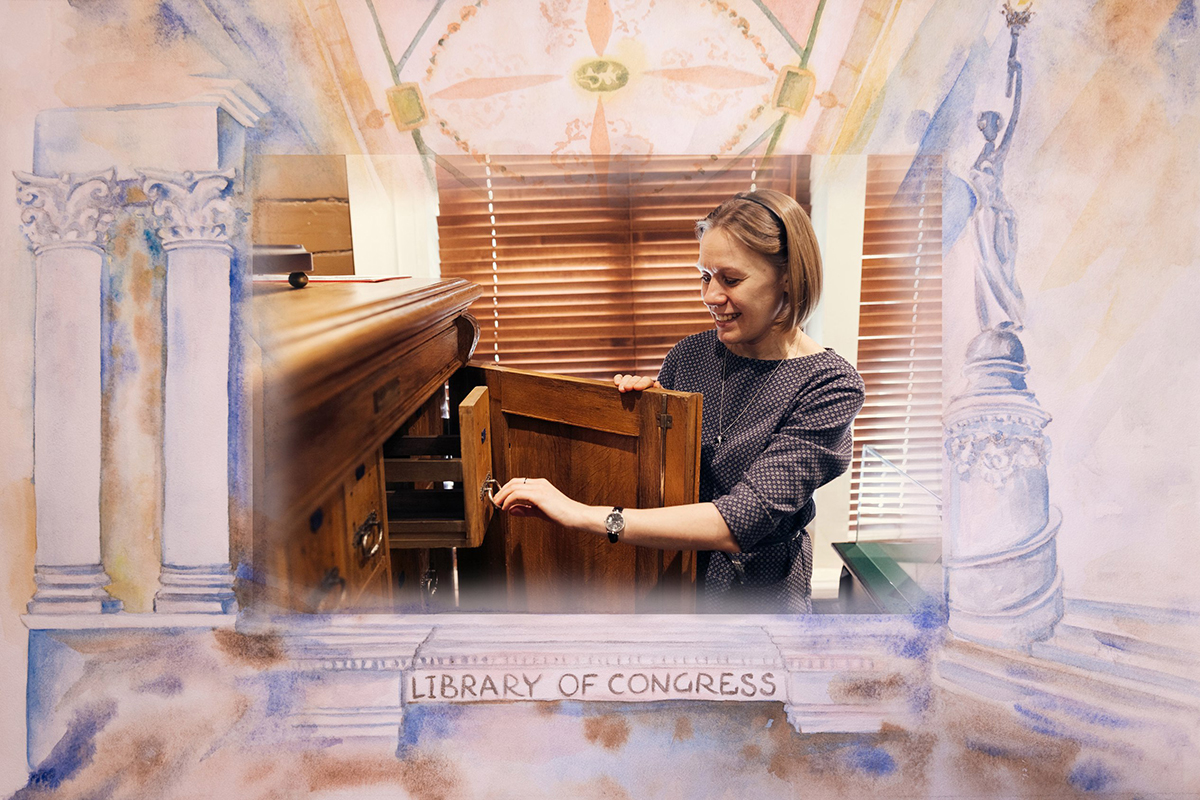 Gennady Yudin started collecting books at the age of 14 and dedicated his entire life to this hobby. His collection includes the first edition of "The Tale of Igor's Campaign," Radishchev's "Journey from St. Petersburg to Moscow," maps of Siberia and manuscripts about the Russian exploration of America. At the end of 1905, Yudin's library included about 81,000 volumes and 500,000 documents. By number of volumes, it was the largest private book collection in the Russian Empire.

"I admire his talent for living in style," says Olga, demonstrating the collector's catalog cabinet, which could easily be a door to C.S. Lewis' fairytale land of Narnia. "Yudin had everything categorized, and the collection was kept in perfect order. I presume it was very hard for him to give it up 40 years later."

In 1898, Gennady Yudin made the decision to sell his library. He had several reasons for doing so: His senior age, the death of his two sons and his worsening financial situation. The hints of revolution that haunted Russia's political life at the time played their part as well. The collector made multiple attempts to find a domestic buyer; he even wrote an appeal to Nicholas II, but the collection was eventually sold overseas to the U.S. Library of Congress at a third of its real value. Around that time, the Library of Congress was filling up its Slavic department, so Yudin's collection of books on Russian history and literature was welcomed in America.

The museum holds an amateur photo of this huge collection being moved from Siberia in 1907: The books were delivered to the railway station on horse-drawn carriages and then loaded in five cargo train cars and taken to Hamburg, where a steamboat to Washington awaited them.

Secret #2: Make jam, play badminton and spend your vacation at your dacha 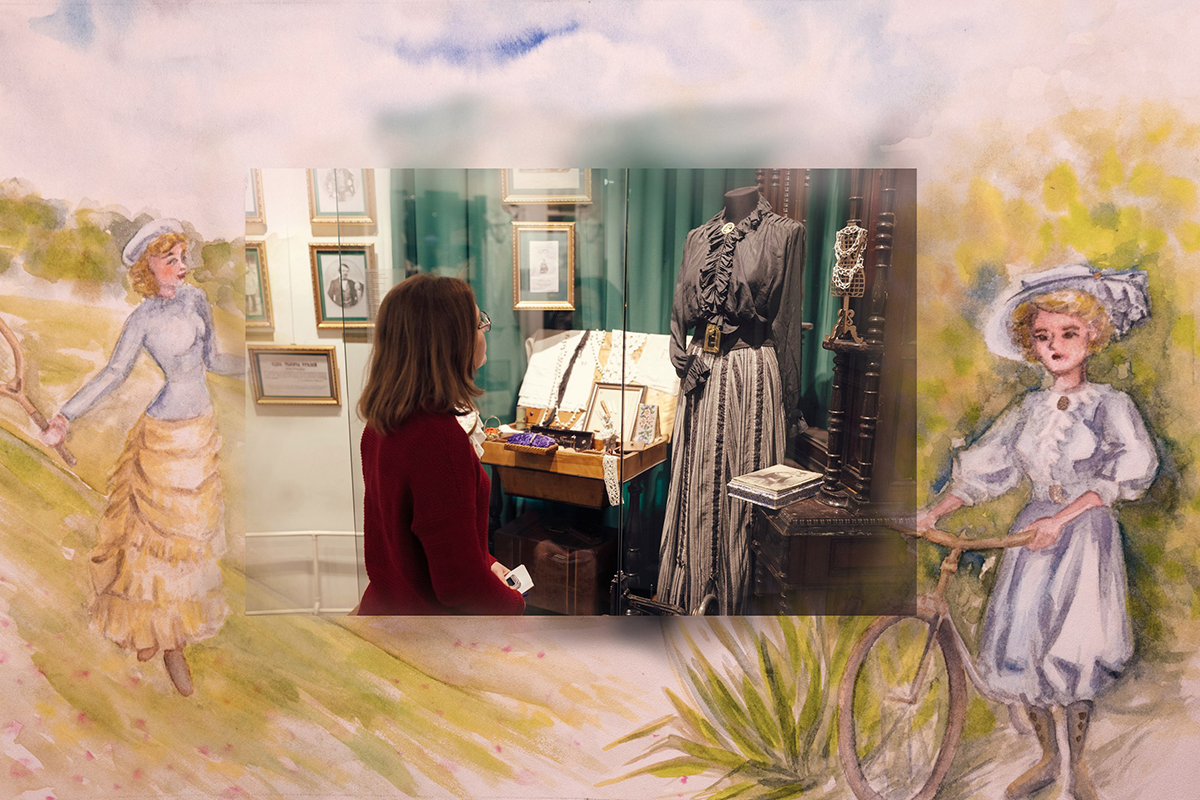 In the late 19th – early 20th century, affluent city dwellers would take a ferry or a boat to the other bank of the Yenisei to enjoy the picturesque hills, fresh air and local food. In their vegetable gardens, they grew vegetables, greens and berries, and made jam in large metal tubs  for the winter. A friend of the Yudins mentioned their dacha in her memories: The entire family would get together and dance to accordion music, caramelize hawthorn berries on a bonfire and go fishing and bathing in the Yenisei. Their favorite dacha amusements were badminton, gorodki (a Russian game similar to the game of skittles) and croquet.

The museum also exhibits dacha fashion of this bygone era. You will not see any torn trousers, darned jackets or moth-eaten sweaters, which many modern Russians keep specially "for dacha" or "for gardening." The collection features exquisite frocks, hats and umbrellas: Having a suntan was not in vogue those days. Gennady Yudin's light-colored costume is the gem of the collection, along with his record player and a potbellied samovar for tea parties.

Maria Yudina, the merchant's daughter, showed a profound interest in botany: She collected plants and insects, placing the latter in her insectarium, a curious object which the museum staff lovingly call bukarashnitsa, from the Russian word bukashka ("bug"). The family would joke about the girl: "We don't need any hay this evening; Maria Gennadyevna has brought enough grass to feed all the cattle." 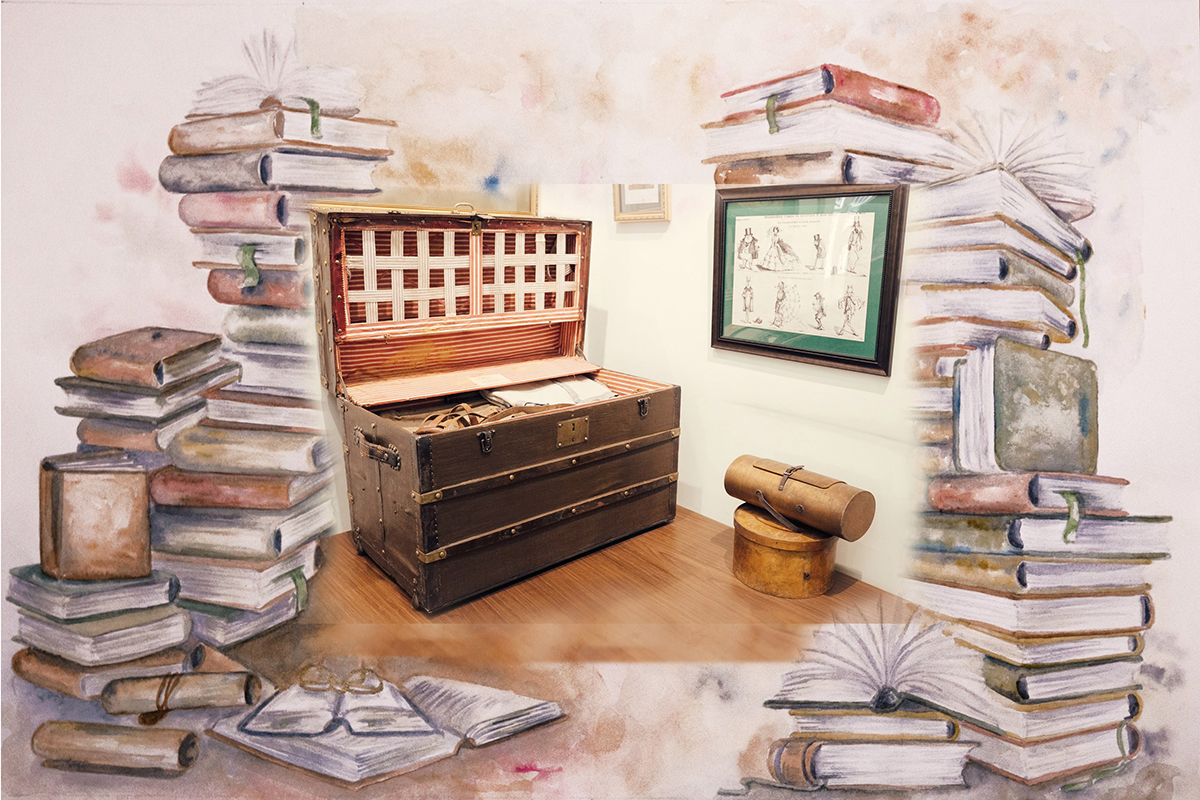 Gennady Yudin traveled a lot, not only around the Russian Empire, but also to France, Italy, Switzerland, the Middle East and Palestine, always adding to his Siberian collection. Books purchased during journeys were transported in special suitcases; each of them took two strong men to carry. These antique traveling accessories are also displayed at the museum.

Traveling was an expensive hobby at the end of the 19th century. A few exhibits at the museum prove it, such as a caricature of travelers of that era buying train tickets: A corpulent gentleman loses a lot of weight after he buys his ticket, and the lady's posh outfit turns rather shabby. Another artifact is an old announcement "Looking for a traveling companion," which was a sort of the 19th-century car-sharing: Hiring a carriage on your own cost a fortune.

The mansion changes people’s habitual approach to museum-visiting. You can’t rush through its halls, take a selfie and move on to Krasnoyarsk's next tourist attraction: The old house gives each traveler a warm welcome and makes you linger for a while. After telling stories from the lives of the merchants, the guides treat you to a cup of tea brewed in a samovar; then the museum rooms are filled with relaxing songs from the ancient phonograph, and even at the mansion’s exit, a tourist cannot help but pause for a game of 19th-century croquet or gorodki.