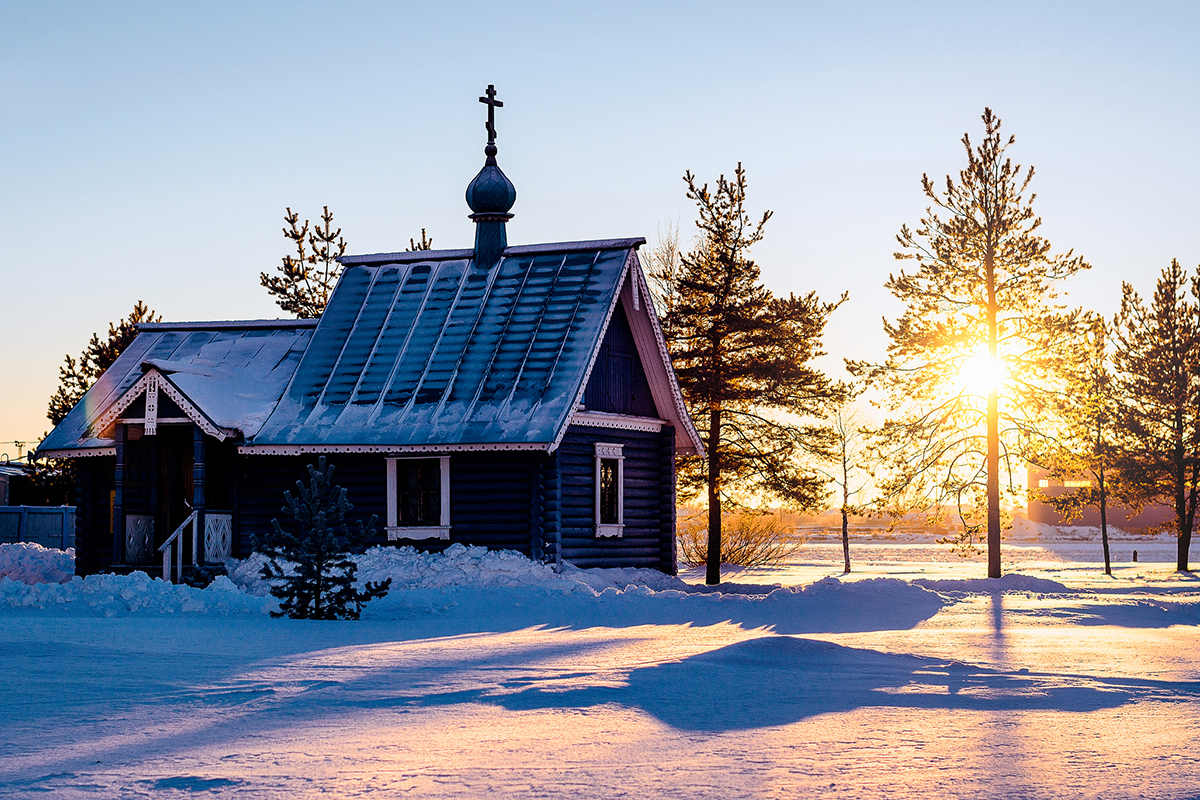 Getty Images
Living off the land with no internet at 45 degrees below zero.

Life in the remote villages of the Arkhangelsk Region has hardly changed over the last few centuries: people continue living in small communities that rarely come in contact with the outside world. Andrei Tutorsky is an explorer of the Russian North and a Ph.D. candidate in the Department of History at Moscow State University.  He has been going on expeditions to the Arkhangelsk Region for over 10 years to study the austere life of the Northerners, for instance, in the village of Vozhgora.

Getting to Vozhgora and back 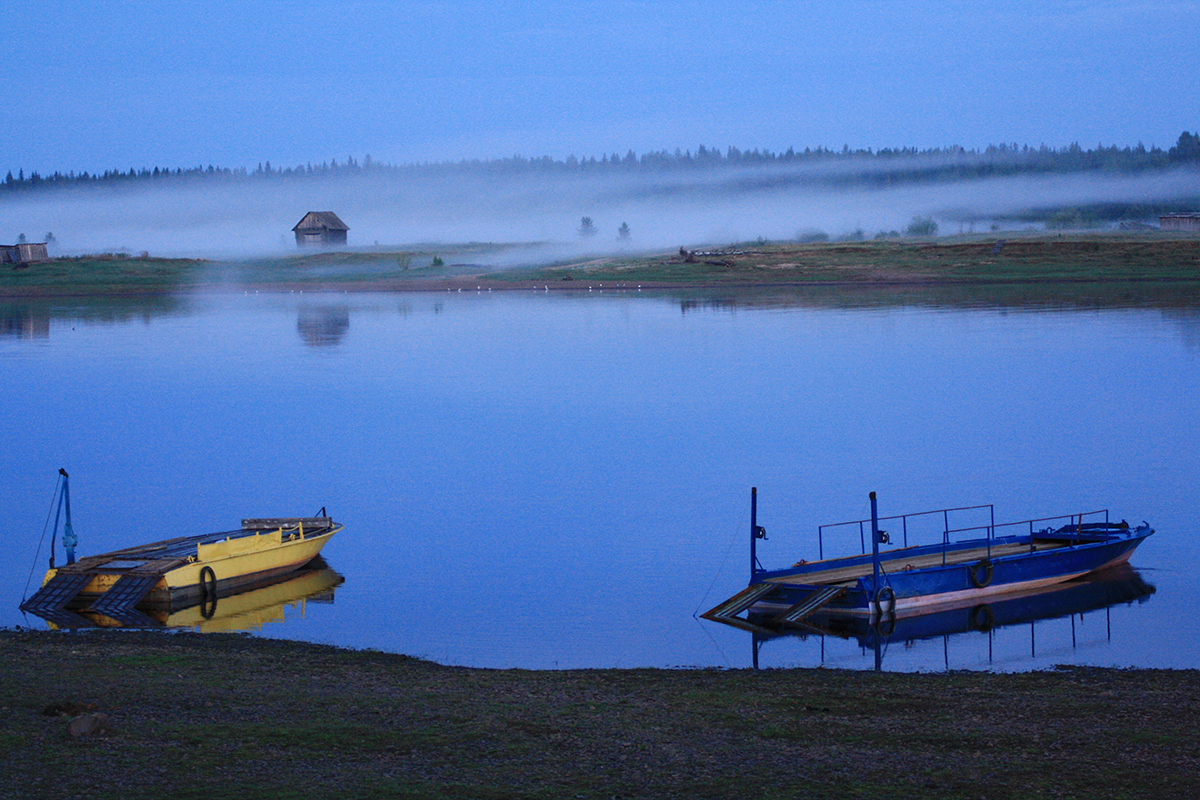 In summer, it takes around 16 or 17 hours to get to Vozhgora from Arkhangelsk, and in winter, it only takes 11 hours. Driving around the Arkhangelsk Region is a challenge both for the vehicle and for the driver. All the roads are dirt tracks, the bridges haven’t been repaired since Soviet times and ferries are available only at some crossings. Locals navigate the rivers on mezenki – handmade wooden boats with modern gasoline motors. Five centuries ago, their ancestors used the same boats, only with oars instead of motors. 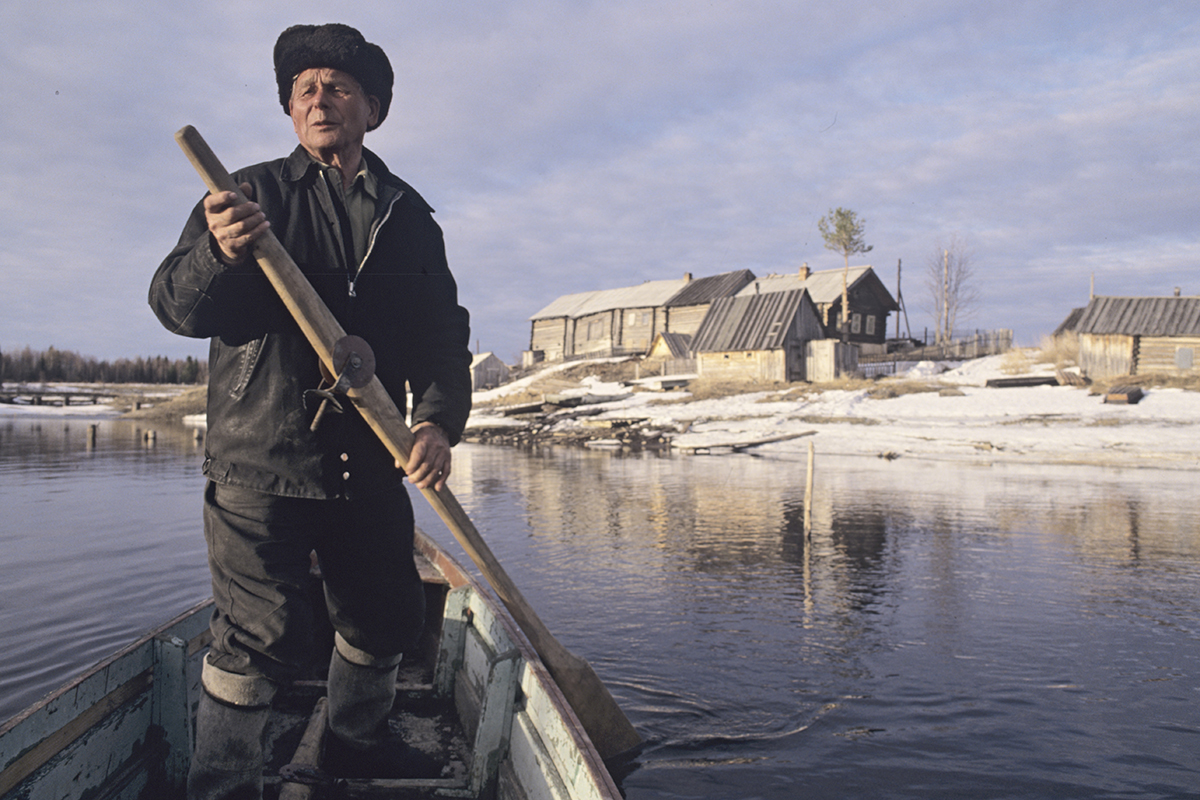 A drive from Arkhangelsk to the village of Vozhgora includes 750 kilometers of bumpy dirt tracks and 3 crossings of the River Mezen. In winter, the trip is more agreeable: All the water-filled pits are frozen and the densely packed snow forms an even surface. As the local old folks say, "In winter, Grandfather Frost fixes up the roads."

In summer, ferries take people across the rivers, but getting a seat on a ferry takes some effort. "There are two ferries near Vozhgora, one yellow and one blue. All the villagers know that the yellow one belongs to an Andrei and the blue one to a man named Bobretsov. But the thing is that the owners have no phone numbers; also, they’re hardly ever at home. The locals know each of the 200 phone numbers registered at the village by heart, and random visitors are rare here. To cross the river, a traveler has to spend quite some time looking for the ferry owners," says Andrei Tutorsky. 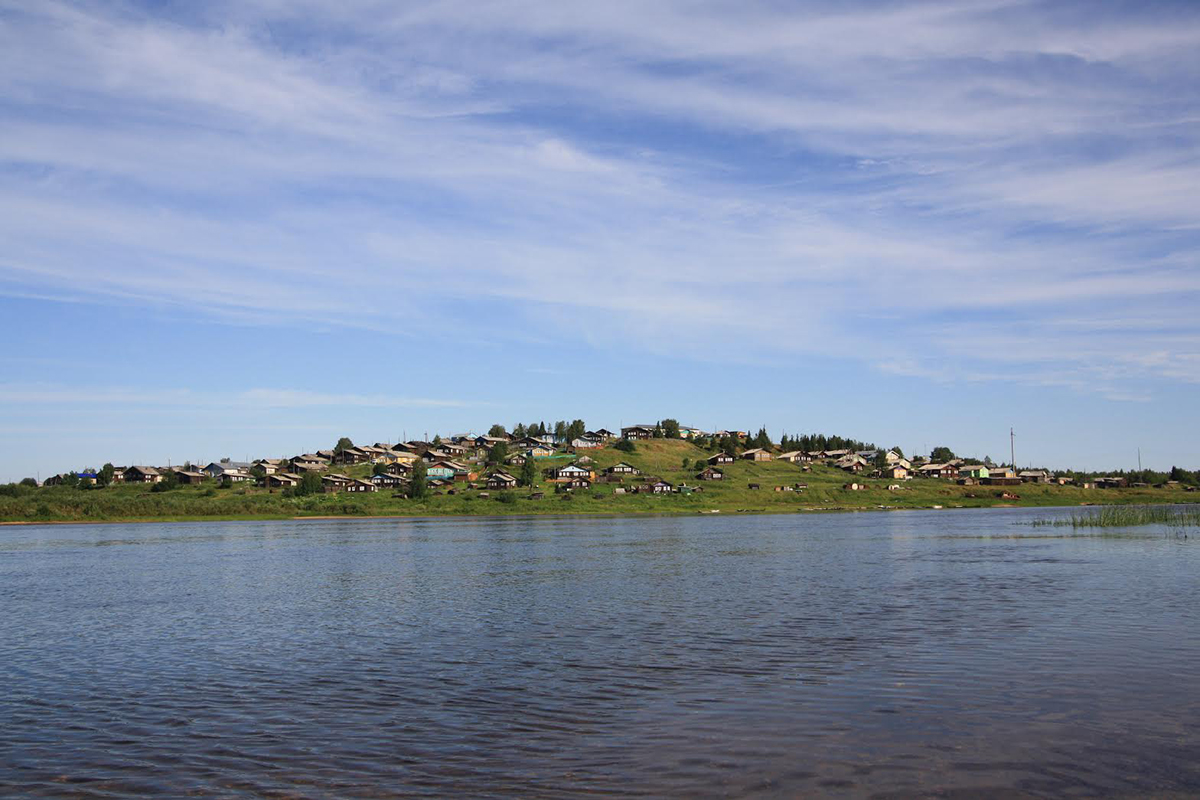 Like residents of other remote settlements of the Russian North, the people of Vozhgora live by fishing, hunting and gardening. When collective farms and the timber industry were dissolved after the collapse of the Soviet Union in 1991, this region faced mass unemployment and the people had to return to their ancestors' traditional methods of finding food in the wild. Villagers keep cows, hens and sheep; they grow vegetables on their plots of land, and the forest gives them mushrooms, berries and game. 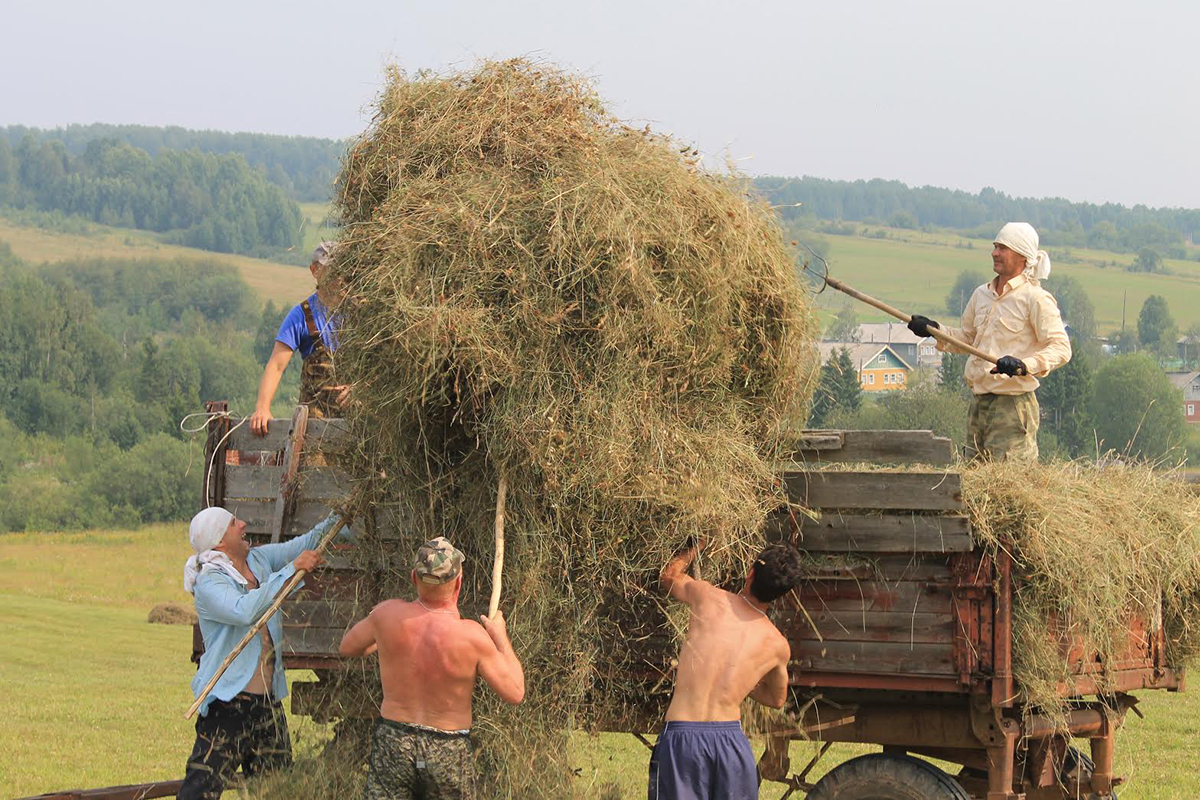 Fishing is a way to stock up enough food for a year. The minnow, a small fish the size of an anchovy, is the most common species. It’s caught with special, closely-woven nets. The minnow is not only food for humans, but also for livestock: In plentiful years, it is added to the cows’ hay as a vitamin supplement. 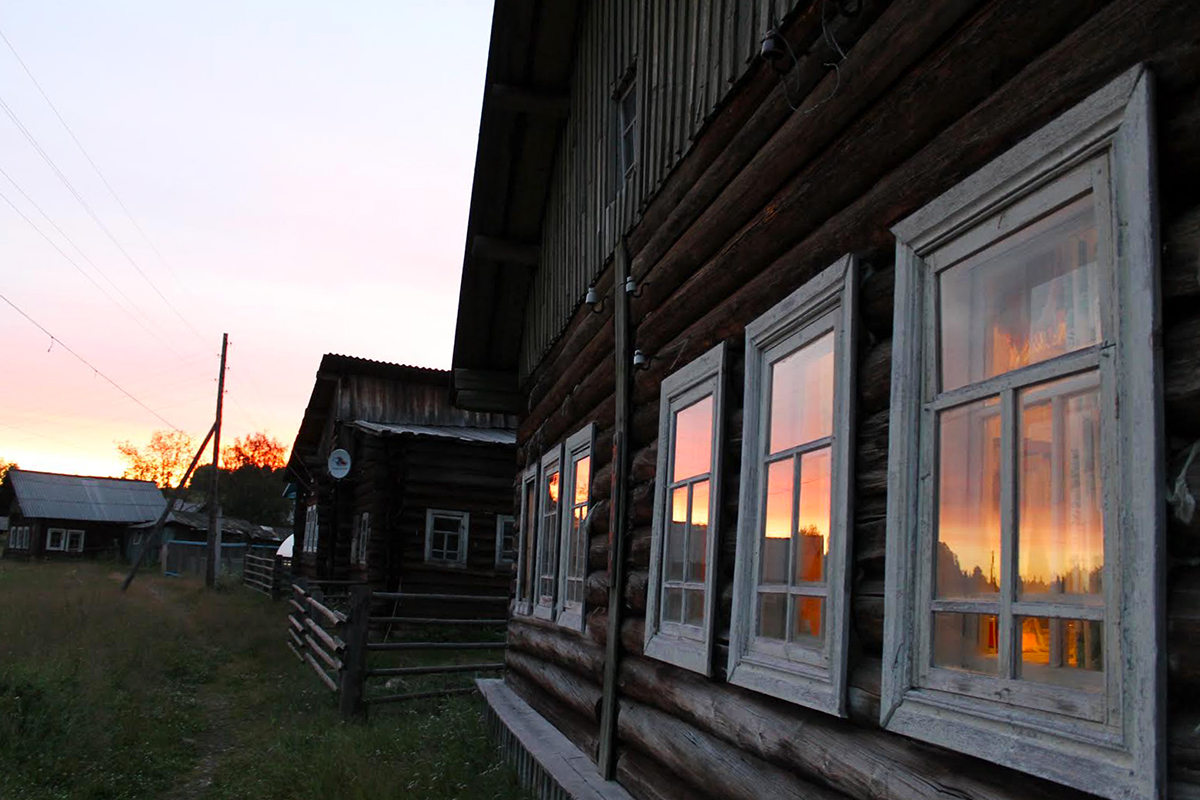 The most common food in Vozhgora is roach. "Normally, a fisherman catches from 10 to 20 roach a day. But sometimes a whole shoal comes in, and then we can catch a ton of them. Once we managed to catch 150 fish per person in 20 minutes," recalls Andrei Tutorsky. Larger fish include grayling, pike and perch. They are salted in 40-liter barrels and can be stored for up to a year. A Vozhgora family keeps from 5 to 10 such barrels in their cellar.

The best local delicacies are salmon and humpback, which come to the River Mezen from the Barentsev Sea to spawn. When the fish are spawning, the villagers abandon all their other activities and go fishing. Salmon and humpback salmon are essential ingredients in the traditional dish of the Russian North – rybnik pie. First, the fish is put into pots filled with equal amounts of butter and water. The pots are left to sit in a Russian stove for 24 hours, and the fish stews at a temperature of about 90 degrees. Once the bones have softened, it is used as stuffing for fish pies called rybniki. 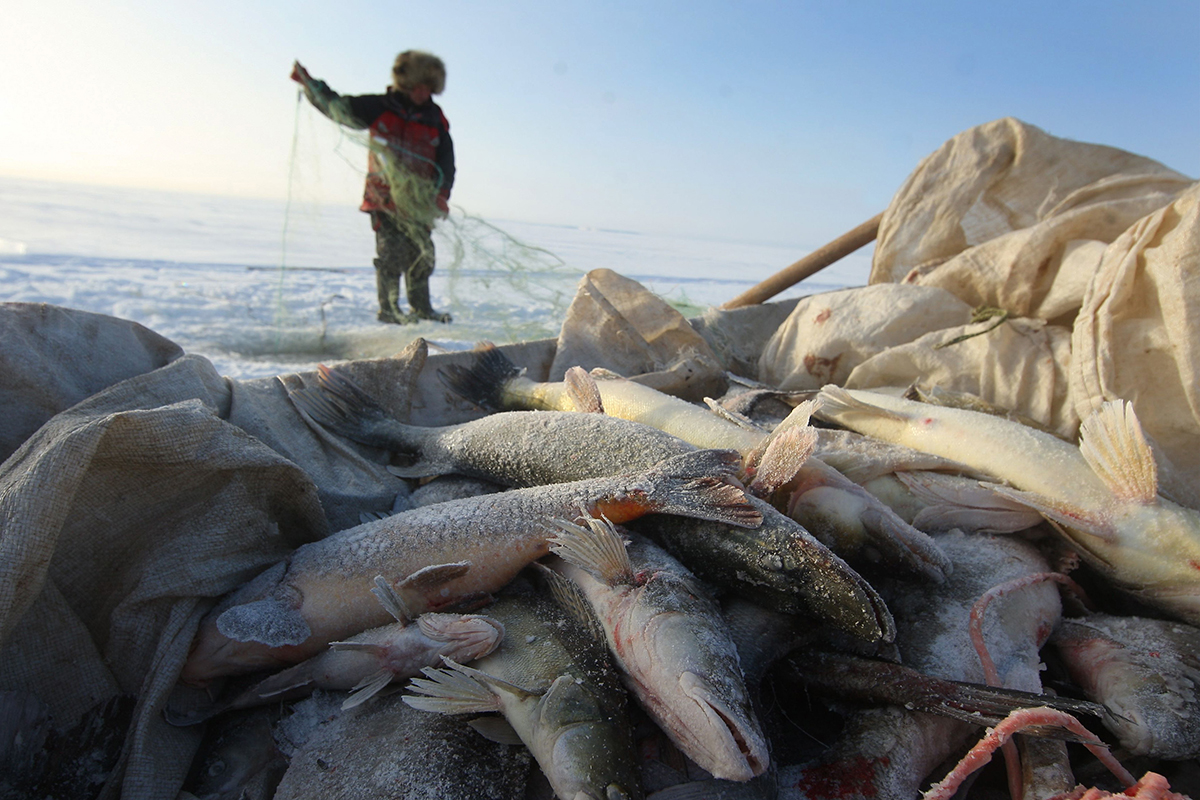 The village of Vozhgora is located in the coldest part of European Russia. The official record is -62°C, and -45°C is nothing out of the ordinary. When the temperatures drop to -40°C, the men of the village go fishing as usual, and -20°C in February is regarded as an early spring - a consequence of global warming. 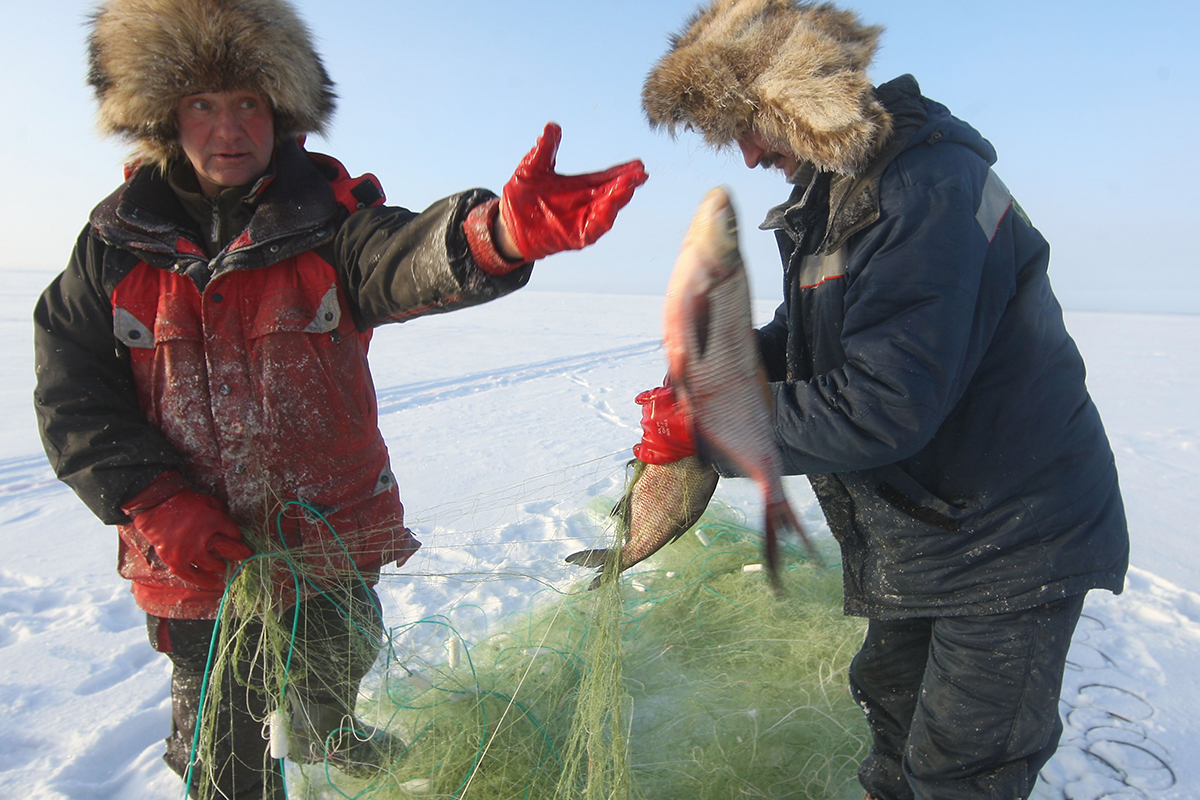 The cold has often been beneficial for the locals. Before 1986, there was only one television tower in the area, and it was 150 kilometers away from the village. You could only pick up the signal when the temperature dropped to -50°C and the air acquired superconductivity. On those days, the entire village abandoned whatever they were doing and spent the day in front of the TV.

Today, the Wi-Fi spot at the local community club has the same draw. There is no signal in the village, so young people gather in the building or around it to browse social networks or chat with their friends.