7 animals you can only find in Russia 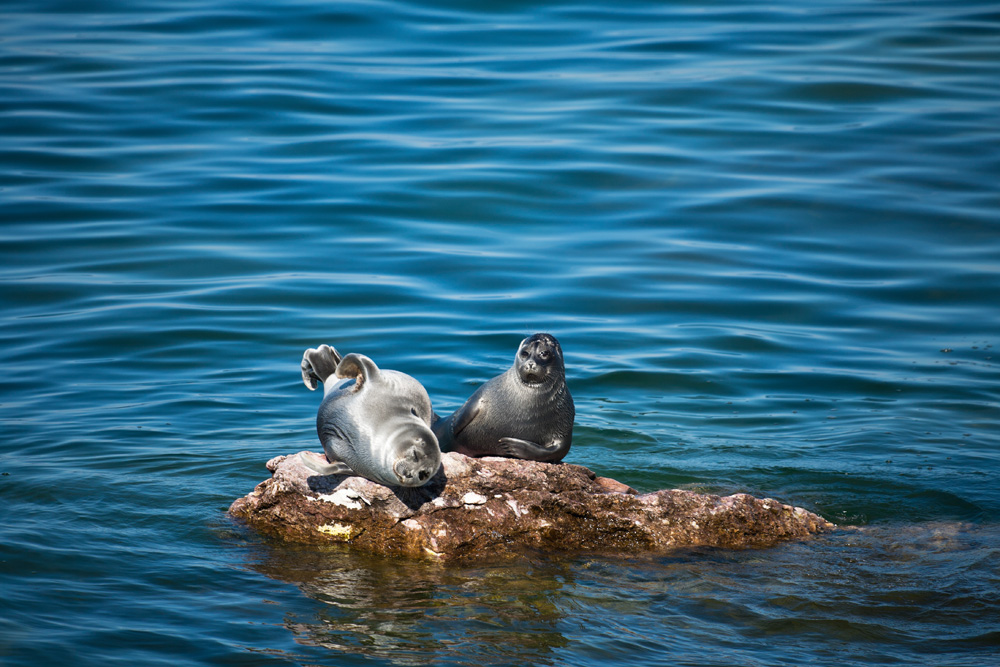 Lori/Legion-Media
Cute endemic beasts and where to find them

Russia contains numerous rare and unusual critters, endemic animals whose natural habitat is limited to areas within the country's interior. To see them, you might need to embark on a journey to some of Russia’s more remote regions. However, you will be rewarded not only with the beauty of forests and lakes, but perhaps also with the opportunity to touch the silky fur of these wondrous creatures. 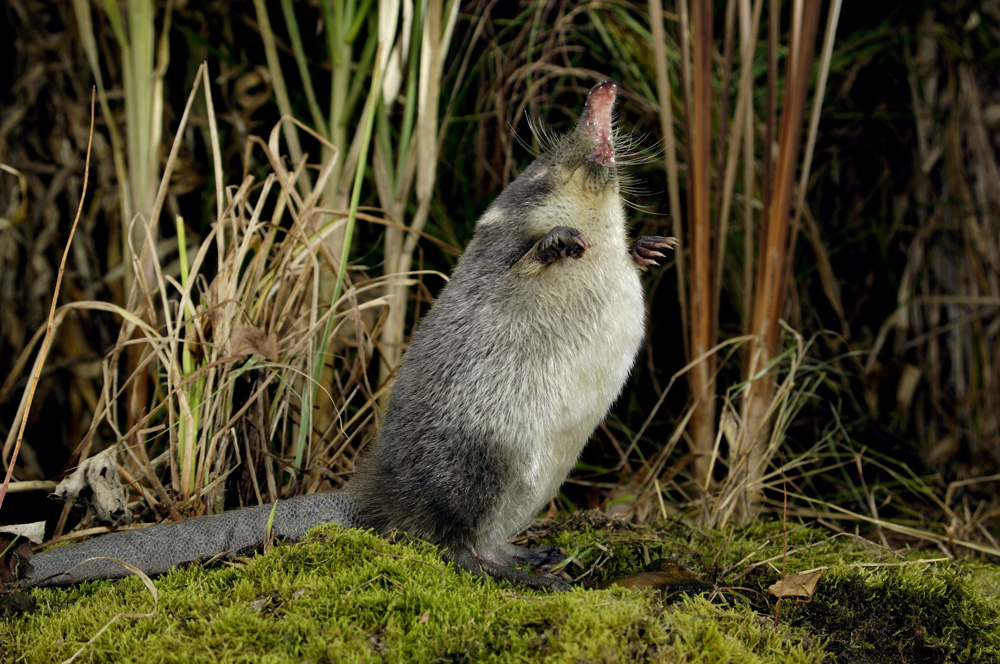 Photo credit: East News
Millions of years ago, when mammoths had not yet emerged on this planet, the desman was already here. The Russian desman seems to embody antiquity in a sense. Their limited eyesight makes it similar to a mole, while the shape of its tail and its lifestyle recall an Australian native – the platypus.

Today this unusual semiaquatic mammal inhabits the basins of the Don, Volga and Ural rivers. A desman’s fur remains dry even underwater because of the oily musk secreted by its glands. It was the strong aromatic properties of its musk and its unique fur that put the desman on the brink of extinction a few centuries ago, but now this animal is under protection. 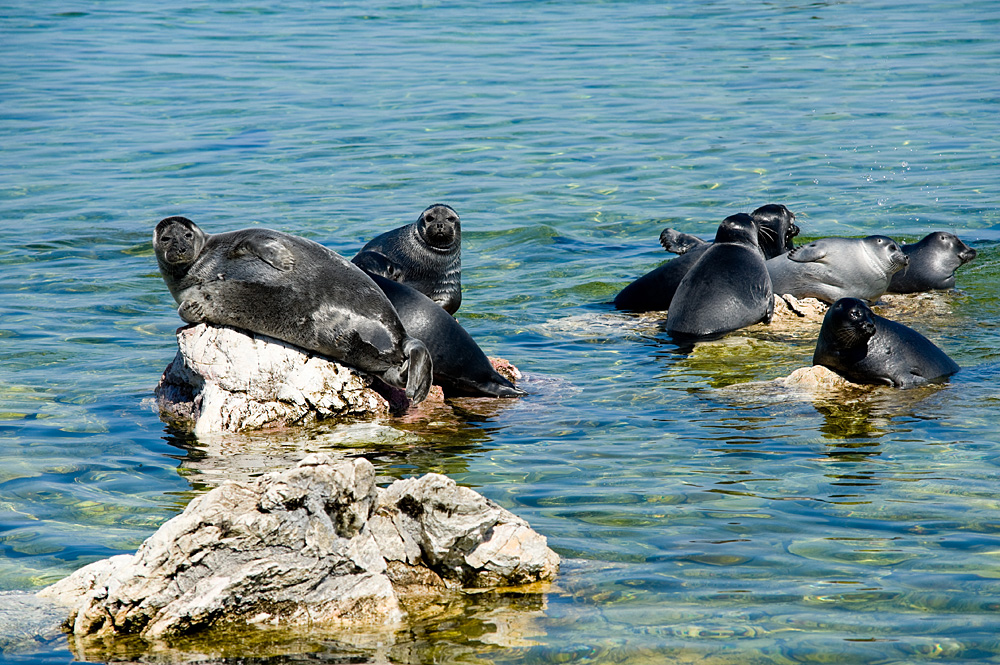 Photo credit: Shutterstock/Legion-Media
The only mammals to inhabit Lake Baikal and Lake Ladoga are its seals. The most charming residents of these freshwater lakes have become their unofficial symbols. The Baikal seal and the Ladoga ringed seal are certain to win any tourist's affection. These animals have whirlpool eyes that look straight into your soul, cute fluffy pups and a curious nature. Lake Baikal even features a sealarium where these clever creatures show off their graceful movements.

Seals are referred to in many ancient Russian stories and legends. The peoples of Chukotka have a tale about a great mother seal that gave birth to every living creature on earth. 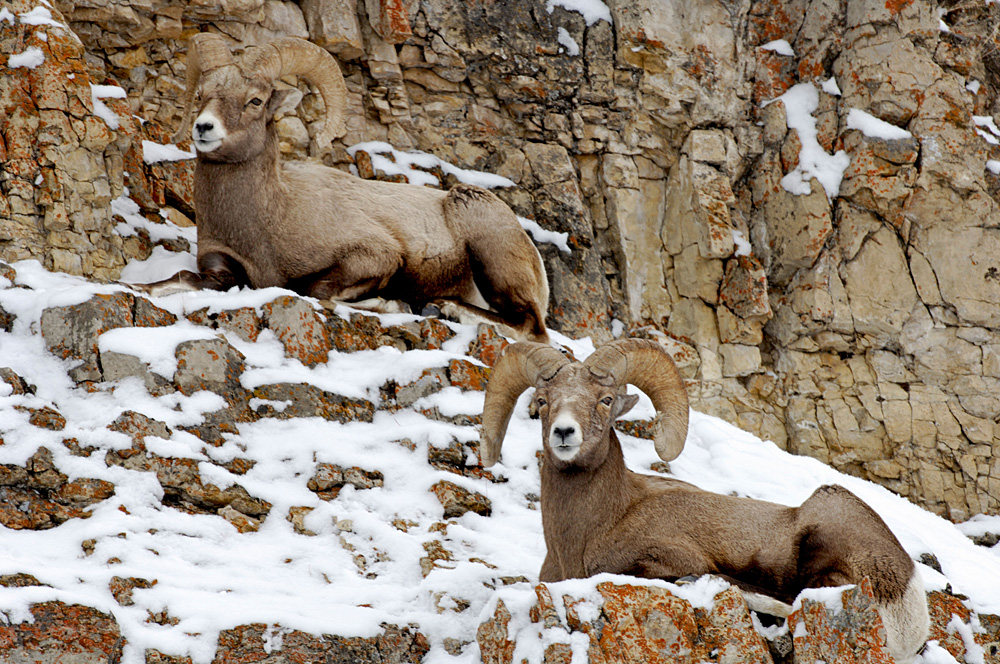 Photo credit: Alamy/Legion-Media
The impenetrable Putorana Plateau is one of Russia's wildest and least accessible areas: you have to take a boat or fly in to get there. This land is home to the endemic Putorana snow sheep. If getting to the plateau is challenging in itself, seeing its highland inhabitant also requires a fair amount of luck. Brutal and graceful at the same time, this animal with its thick winding horns and cautious manners grazes among steep rocks at an altitude of 1,700 meters.

It is impossible to know why the Putorana sheep chose this morose plateau, where it is forced to survive under harsh conditions, surrounded by ubiquitous dangers. Probably, these timid creatures enjoy the remoteness and the lack of disturbances. 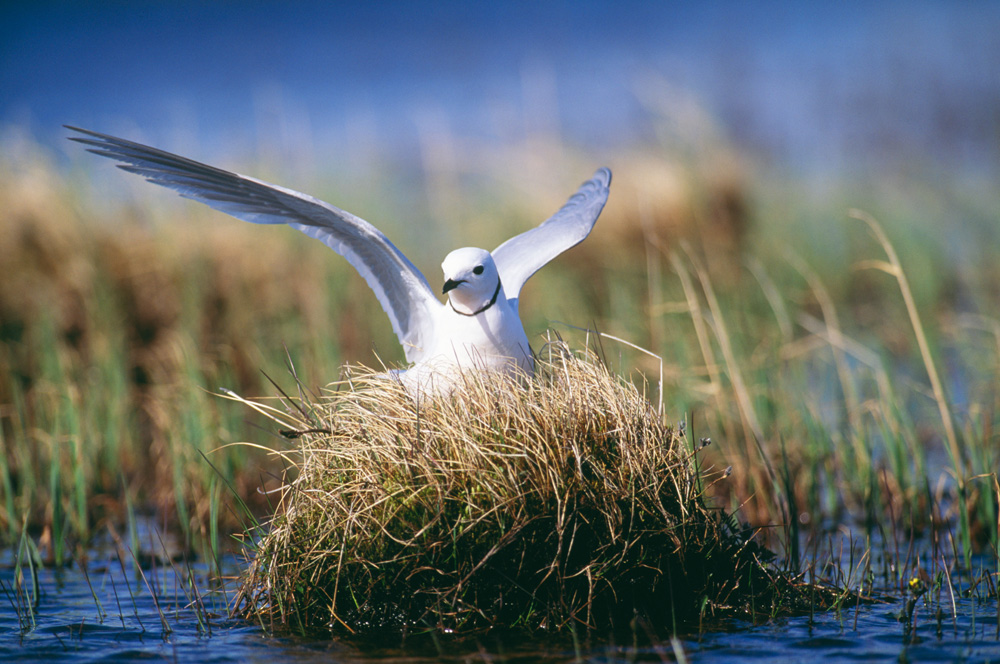 Photo credit: Alamy/Legion-Media
It’s hard to believe, but this frail-looking bird can be found in the austere environments of the Russian Arctic, Eastern Siberia and the northern and cold Indigirka, Kolyma and Anadyr rivers. The Ross's gull was once food for the Eskimos, but now the hunting of this strikingly beautiful bird is prohibited. Its plumage combines the snow-white of the surrounding ice with pale pink feathers, which seem to have absorbed the shades of polar dawns and northern lights. These frost lovers spend their winters in the north by the Arctic Ocean, instead of heading south with other birds. 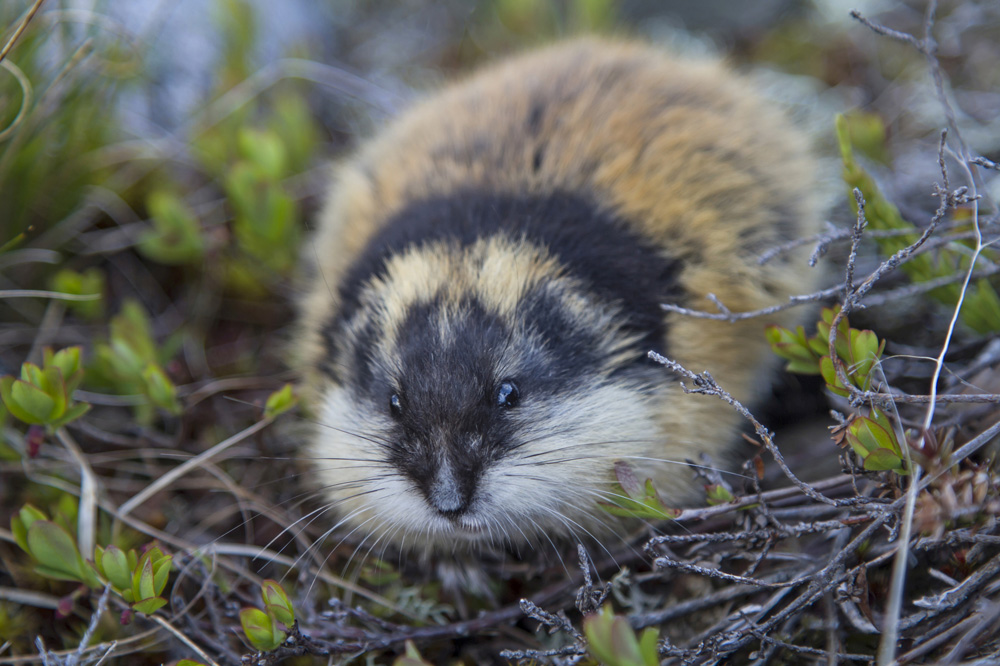 Photo credit: Lori/Legion-Media
This rare mammal resembles a guinea pig or an oversize hamster with mottled fur. They inhabit the taiga of Eastern Siberia and Kamchatka. To see an Amur lemming, you might have to spend hours wandering across mossy moors and marshes: These rodents dig deep holes resembling labyrinths in the soft moss. A lemming's daily ration exceeds its own weight, but an active lifestyle helps them stay fit. 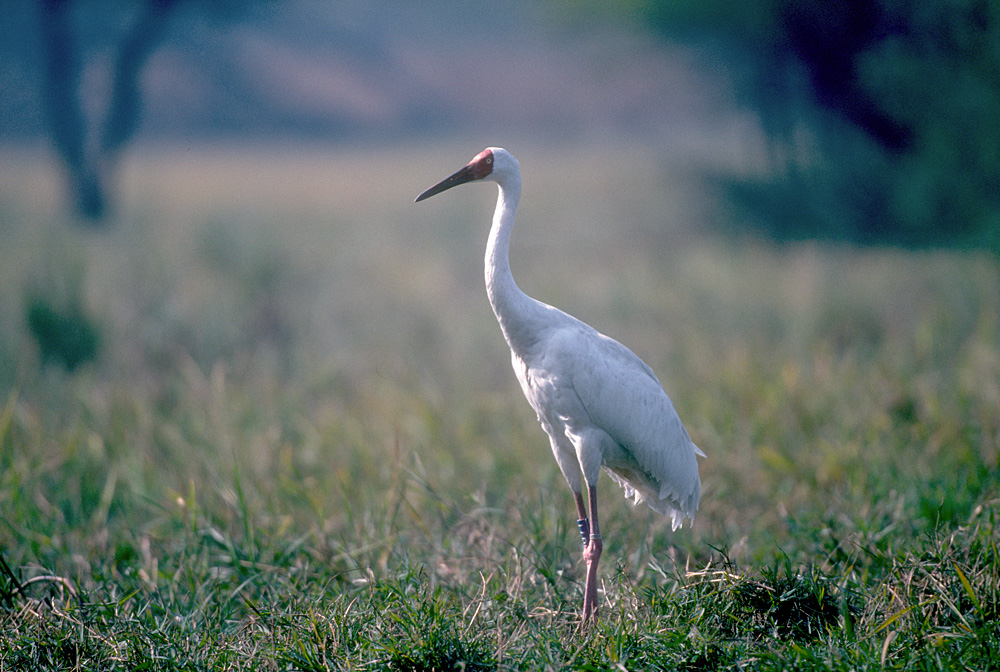 Photo credit: Alamy/Legion-Media
The Siberian crane is majestic with snow-white plumage and a long red beak. These rare birds can be spotted in Yakutia and near Yamal in Western Siberia. Khanty, an indigenous people of Western Siberia, worship the crane as a sacred bird. These careful cranes prefer to avoid humans and warn their fellow birds with a long shriek, so you can only see them perform their impressive ritual movements from a safe distance.

The Siberian crane is included on the Red List as a critically endangered species. In 2012, President Vladimir Putin participated in The Flight of Hope, an action aimed at promoting the protection of this species. Accompanied by young cranes, the Russian president flew alongside them on a motorized hang glider. 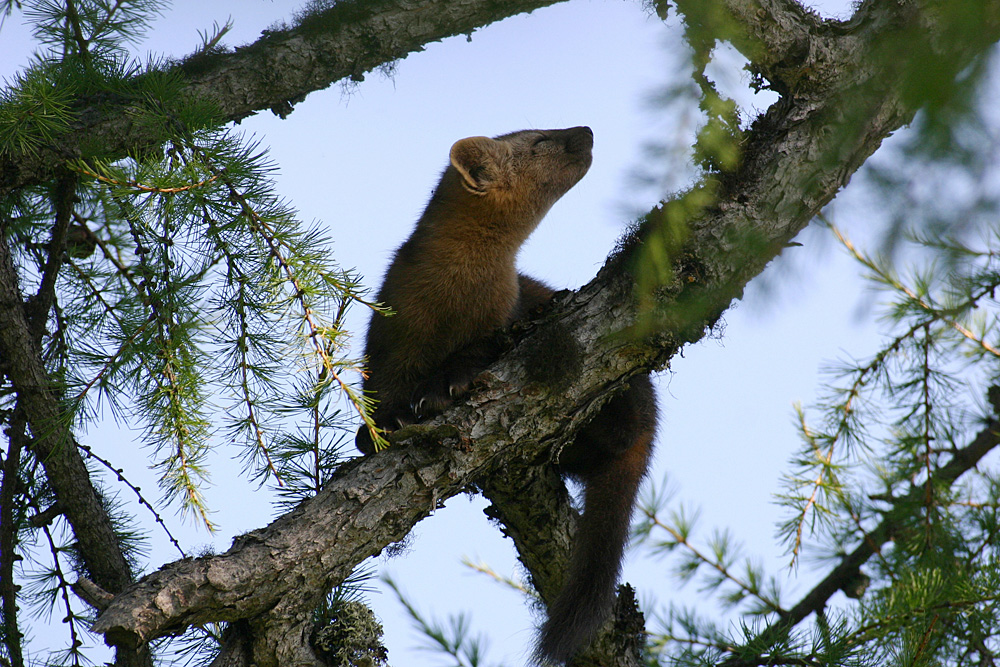 Photo credit: Lori/Legion-Media
Lake Baikal's eastern shores are covered with thick taiga, where you can encounter a nimble critter with fluffy coffee-colored fur – the Barguzin sable. The species, named for the Barguzin River, is very curious and not afraid of humans. Lucky tourists might get close enough to pet a sable and hear it purr, just like a cat. Because of its fine fur with silvery undertones, the Barguzin sable is highly valued and nicknamed the "king of wild furs" or "soft gold."