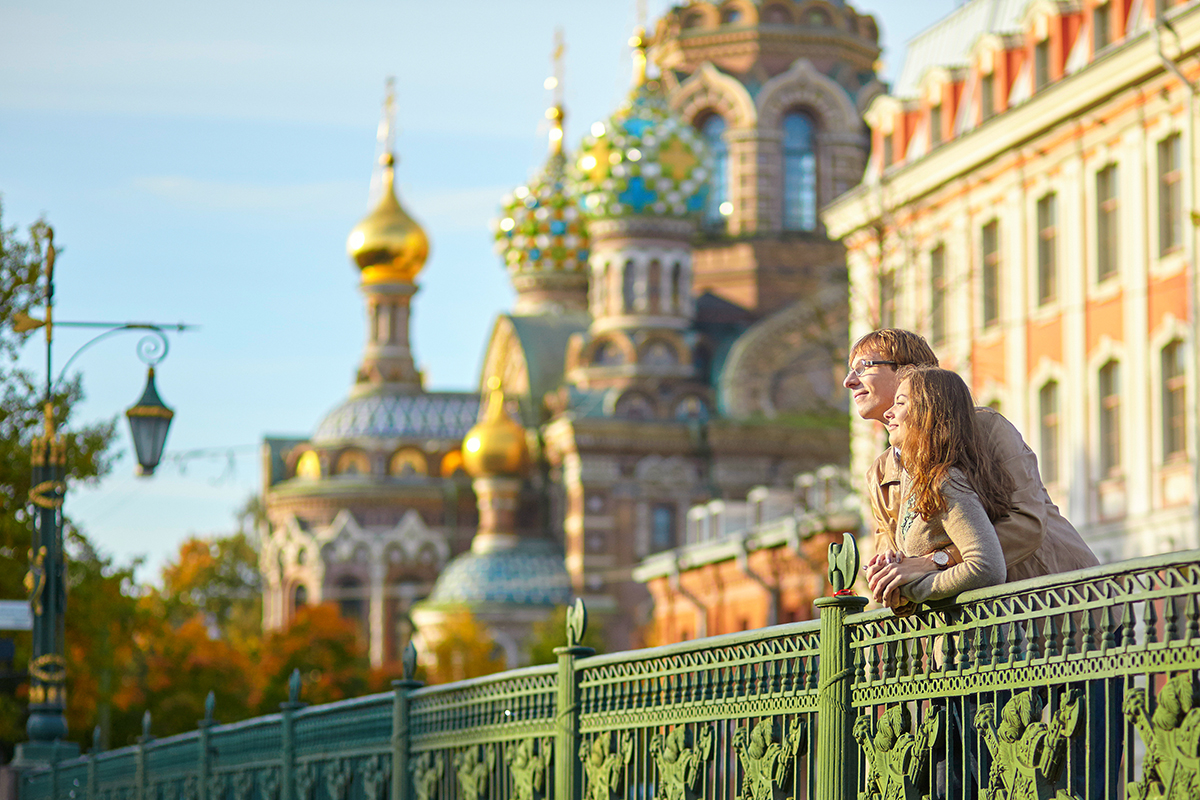 Vostock-Photo
No stress, high costs, or waiting - visit Russia without the paperwork. 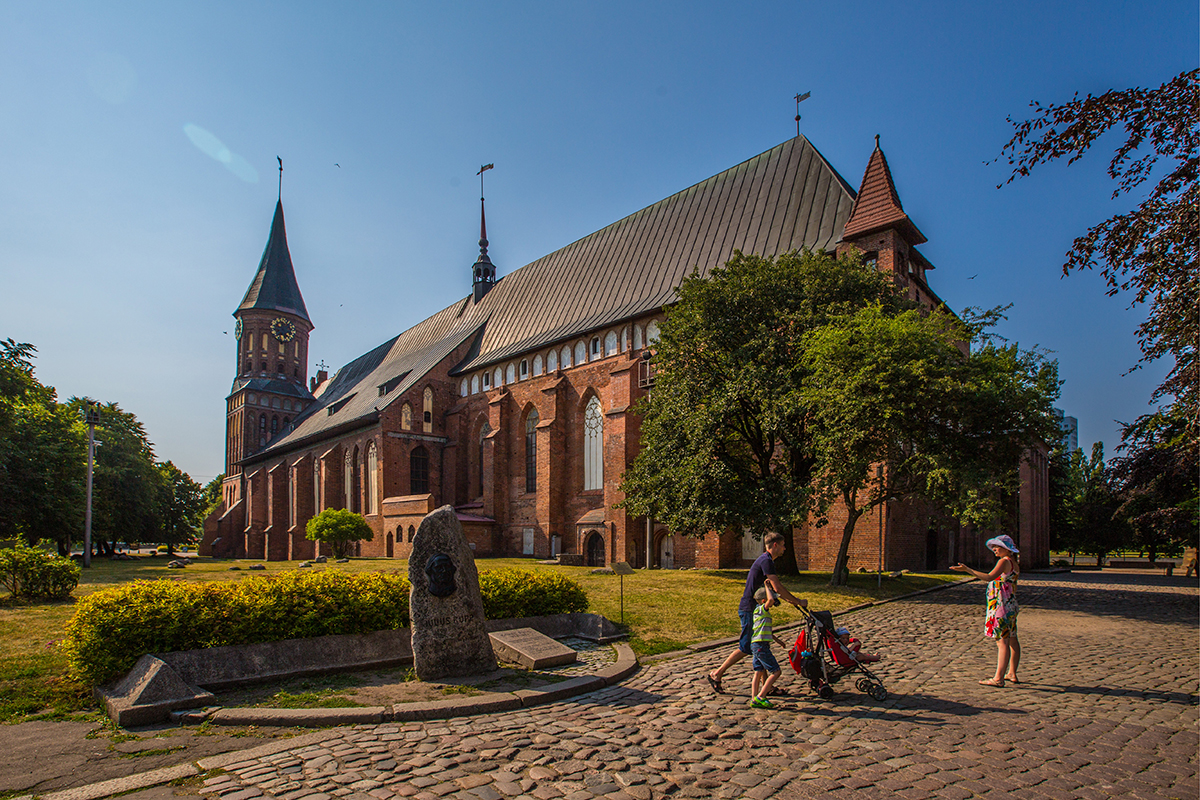 How to get there
Foreign tourists can visit Kaliningrad in transit and spend up to 72 hours there without a visa if they’re on a cruise ship. Ticket prices for a cruise with a port call at Kaliningrad start at $2245.

What to do
Attend an organ concert at the 15th-century cathedral, which was completely destroyed during WWII, rebuilt in the 1990s and will remind you of the city’s German past.

Have a beer at a local pub (Bretzel would be a fine choice) and enjoy the traditions of German beer-brewing and Lithuanian cuisine, both of which are still maintained in Kaliningrad. 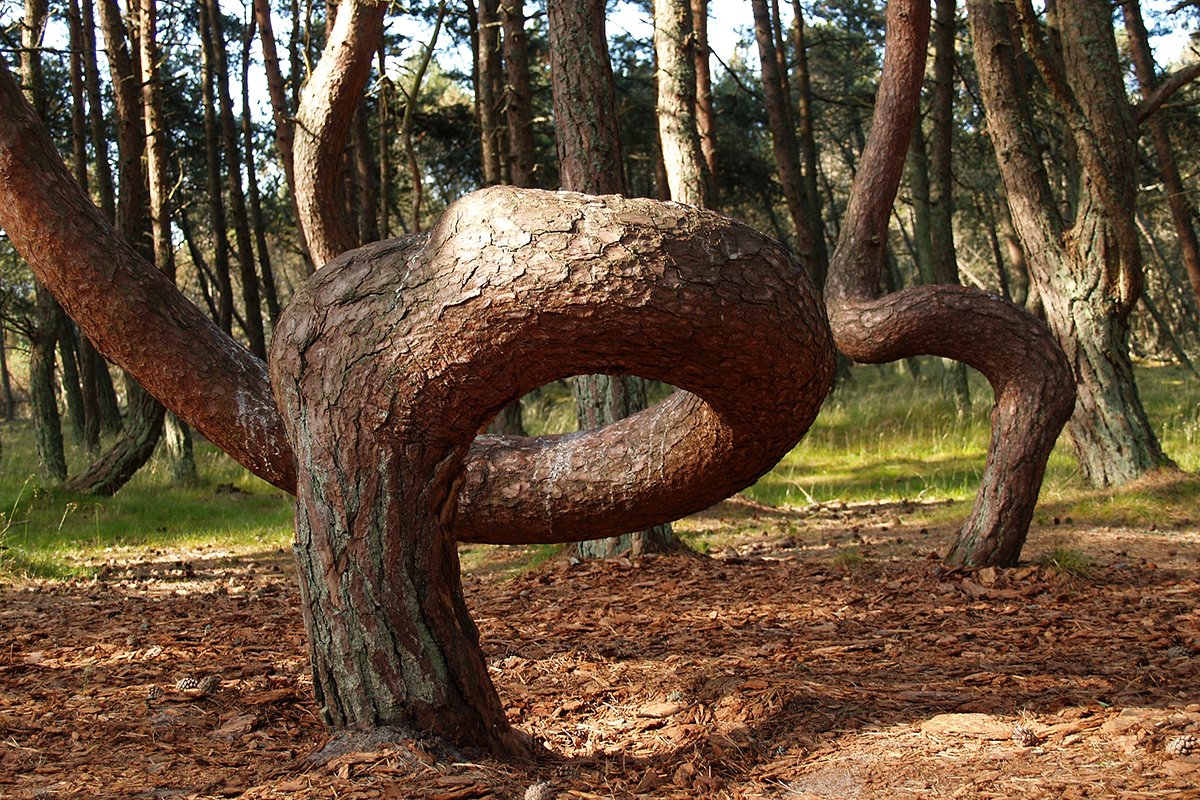 When you’ve had enough of the city, remember to take a stroll around the sand dunes of Curonian Spit National Park. Located just an hour's drive away from Kaliningrad, this narrow strip of land between the Baltic Sea and the Curionian Lagoon is home to deer and wild boars that are not afraid of humans. In the "Drunken Forest," take a closer look at the local pines: It’s thanks to their whimsical shape, which makes them look as if they were dancing, that the forest obtained its name. 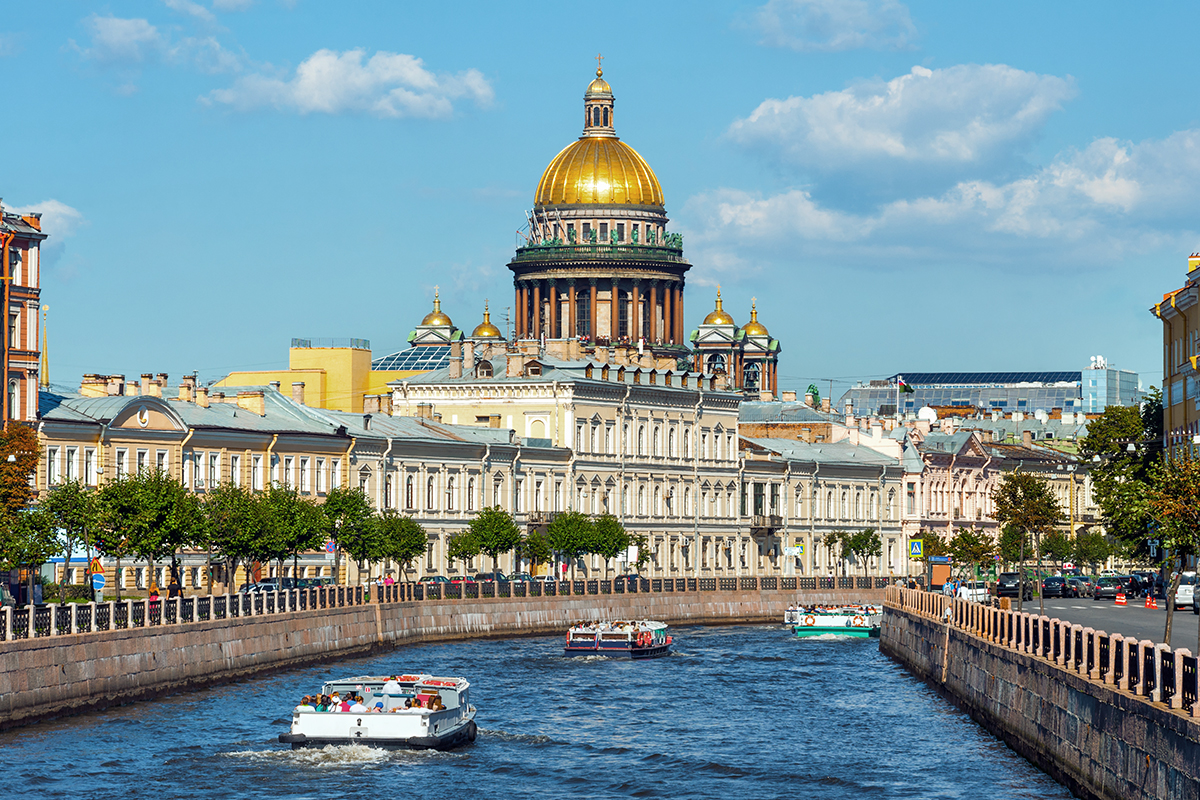 How to get there
The conditions are the same as for Kalinigrad: Foreign tourists on a cruise ship can visit St. Petersburg in transit and spend up to three days there without a visa. Prices for Baltic cruises with a port call at St. Petersburg start at $800.

What to do there
Find a street that you won’t see on any map of St. Petersburg – John Lennon Street in the vicinity of Ploshchad Vosstaniya subway station. Local Beatles fans have turned a small yard with an official address on Pushkinskaya Street into a portal to Liverpool. A hint: You can enter through the archway at 53 Ligovsky Prospect.

If you take the guided tour called "The Assassination of Grigory Rasputin," you’ll learn about the daily life of Russian noblemen in the Yusupov Palace and discover their blood-chilling secrets: How the aristocratic family was involved in the death of one of the most ambiguous characters in Russian history – Grigory Rasputin.

Instead of the crowded Hermitage, opt for the Fabergé Museum or the Russian Museum in the Mikhailovsky Palace, and after the visit, take a break at KUNST Café Bar, designed in the style of an antique Russian apartment which could have belonged to an eccentric collector. 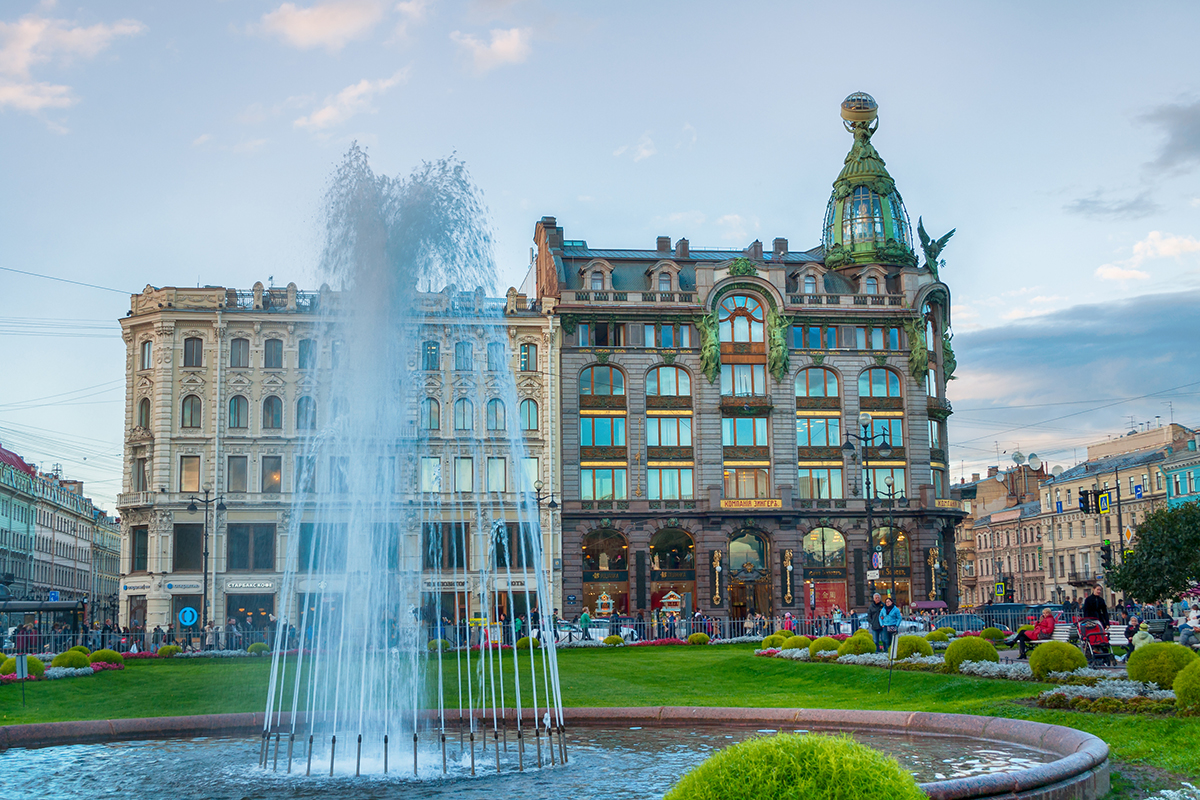 If the weather catches you by surprise, you can warm up at the House of Books on Nevsky Prospect, also known as the Singer Company House; not only can you find all sorts of souvenirs there, but you can also grab a cup of coffee on the second floor, enjoying a perfect view of the Kazan Cathedral. As you walk further down the city's main avenue, don't miss the opportunity to taste one of the original Soviet cakes – Aurora, Nord or Slavyansky – at the Sever confectionery and coffee shop, which has been in business since the early 20th century. 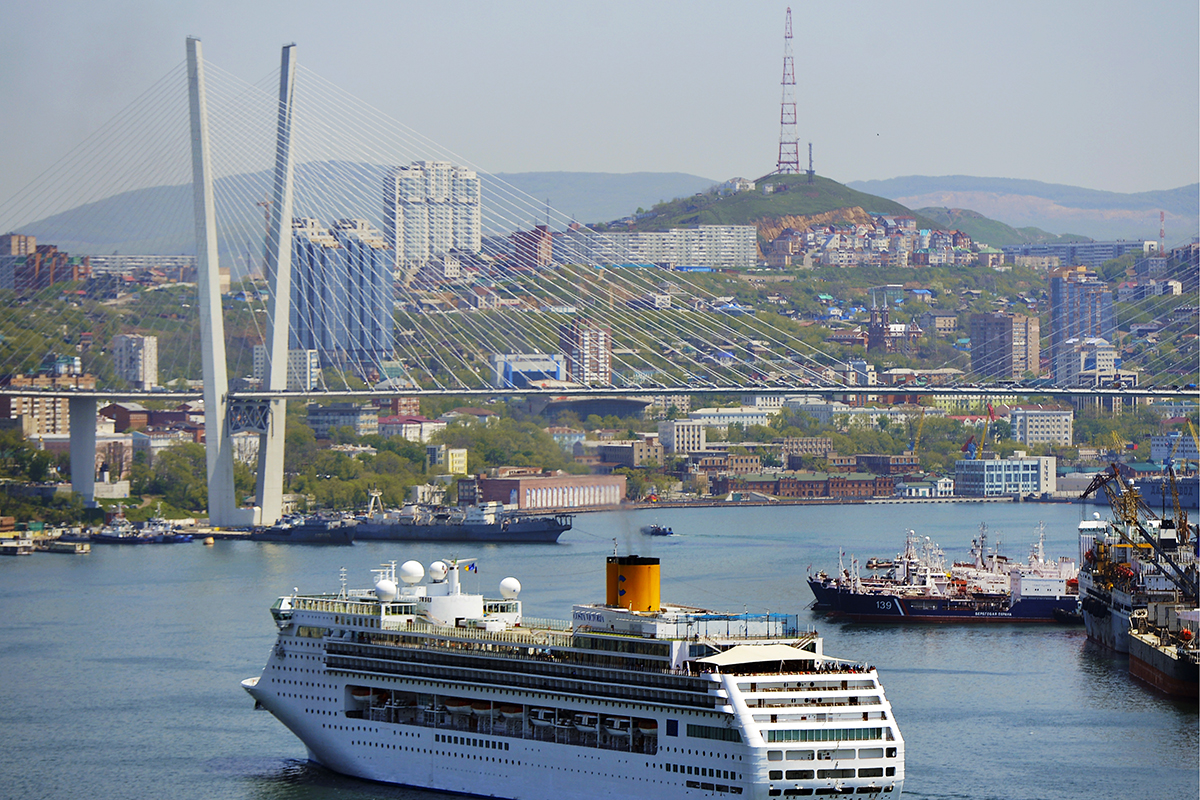 How to get there
Foreign tourists can spend up to three days in Vladivostok in transit without a visa if they travel by a cruise ship. Ticket prices for a cruise along the coast of Japan with a subsequent port call at Vladivostok start at $1589.

What to do
Spend a day with the inhabitants of the Primorsky safari park (70 kilometers away from Vladivostok), where Amur tigers, bears, deer and other representatives of the Primorye fauna roam freely. The stars of the park are Amur the Tiger and Timur the Goat, whose unexpected friendship shook the world a couple years back.

To get to know Far Eastern cuisine better, you should try the fern, the sea cucumber and the scallops at Port Café. Take a stroll along the restored embankments, admire the view of the bridges which were built for the 2012 APEC Summit and pay a visit to Tokarevsky Lighthouse. Enjoy a ride on the cable car, which is much treasured by the locals:  Be sure to prepare your camera in advance to catch the view on the Golden Horn Bay, as the ride is only 90 seconds long. 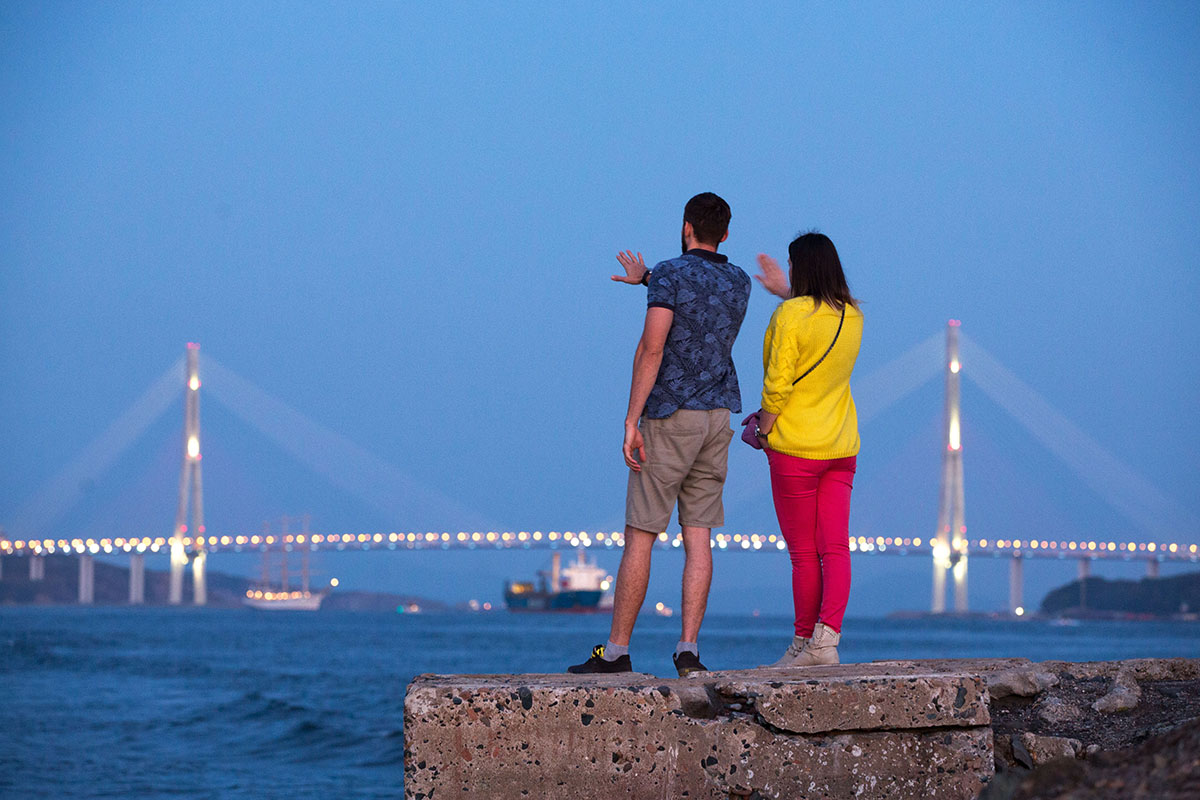 The most fascinating sights await you outside the city center: For instance, at the National Aquarium of Russia in Paris Bay on Russky Island. Its main building is shaped like a colossal seashell beneath an oncoming wave and resembles the Sydney Opera House.  You can spend an entire day here, watching walruses, white whales and dolphins perform their tricks, and while a tour guide talks about the evolution of species and the polar animals of the north, visitors stroll around a patch of evergreen tropical forest with live orchids and shake hands, or rather tentacles, with a giant plastic octopus.