4 Orthodox monasteries to visit near Moscow 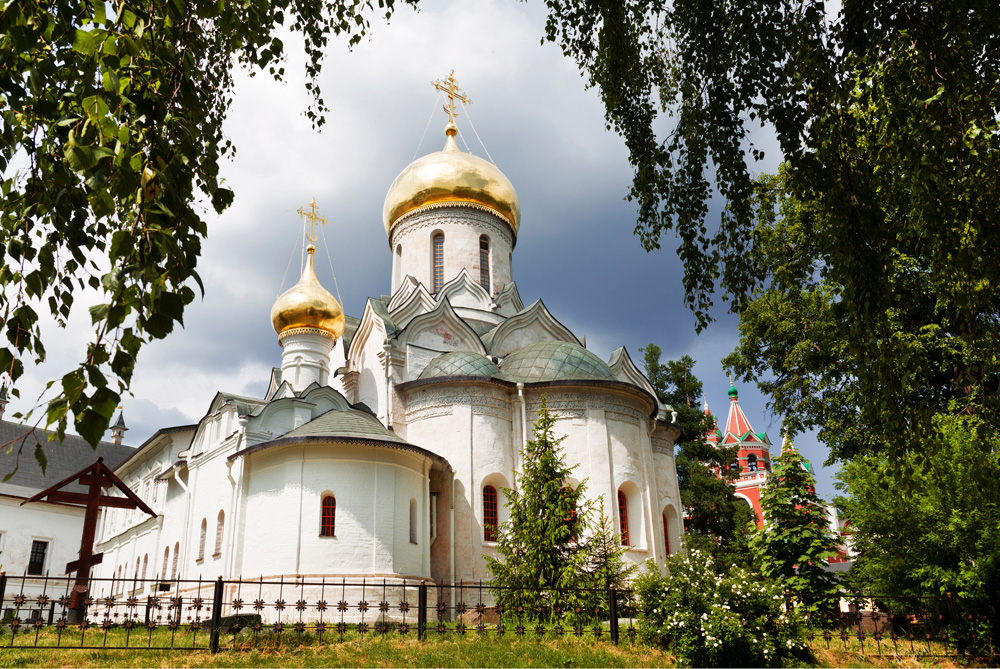 Lori/Legion-Media
While the Russian capital is famous for its own Orthodox monasteries, a few gems are worth the short trip out of the city.

Over the last two decades, growing spiritual fervor has led to the restoration of several historic Russian Orthodox monasteries in central Russia. These monasteries stand out for their architectural beauty and their peaceful environs. RBTH takes you on a voyage to four beautiful monasteries that are located within a few hours from the Russian capital. 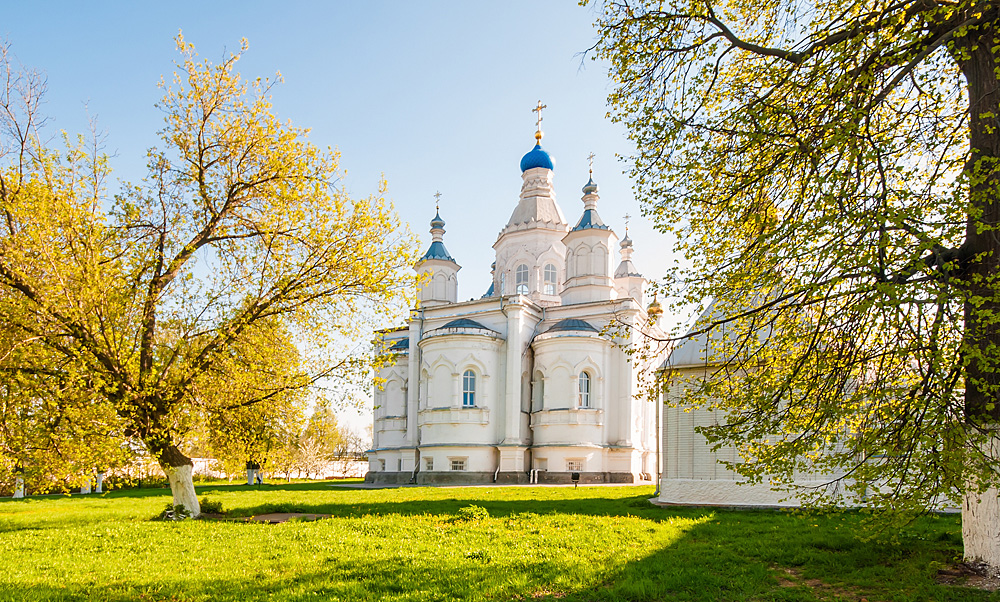 Photo credit: Lori/Legion-Media
A two-hour train ride from Moscow, the city of Tula is famous for its gingerbread and samovars. Constructed in the mid 19th century, the Shcheglovsky Monastery of Holy Mother of God was built close to the site of a 15th century battle between the city’s residents and an invading Tatar army.

Featuring the icon of Mary the Milk Giver, the main cathedral, which was consecrated in 1860, is only open during prayer services.

There are several smaller structures in the complex, as well as a tranquil garden. Overall, the complex has a 19th century feel to it. 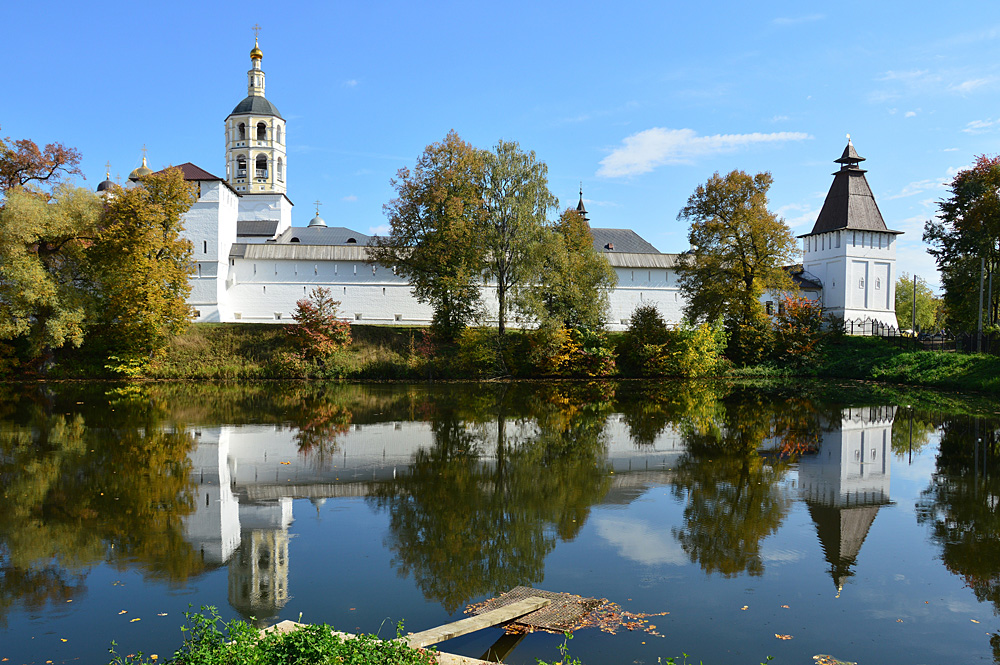 Photo credit: Lori/Legion-Media
Just outside the Moscow Region, Borovsk, a charming town of 12,000, is about 65 miles from Moscow. The St. Paphnutius (Paphnutiev) Monastery, which was constructed in the middle of the 15th century, is in a picturesque location near the confluence of the Istrema and Protva Rivers.

St. Paphnutius, the son of a baptized Tatar, was a diligent monk known for his love and compassion. He spent 63 years of his life as a monk and founded the monastery in Borovsk in 1444. The original stone cathedral had icons painted by Dionisy, one of Russia’s greatest icon artists.

The countryside around the monastery is particularly picturesque and it’s worth walking from the railway station to the monastery to capture the atmosphere of a small Russian town.

Borovsk can be reached by suburban trains from Moscow’s Kievsky Railway Station. The journey takes about 1 hour and 45 minutes. 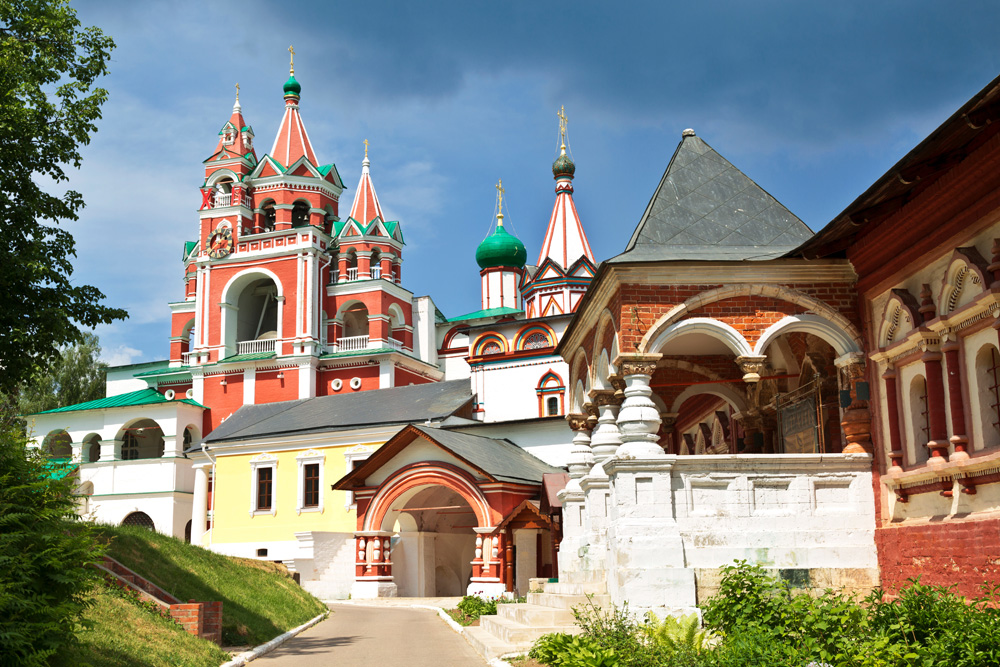 Photo credit: Lori/Legion-Media
The small town of Zvenigorod is about 40 miles from Moscow. Although the town acquired fame when writer Anton Chekhov worked as a doctor there, Zvenigorod’s raison d'être is the 14th-century Savvino-Storozhevsky Monastery.

The monastery was founded by Savva Storozhevsky, a disciple of Russian Saint Sergius of Radonezh. It has an impressive set of buildings, including the main Nativity Cathedral. Russian Tsar Alexei Mikhailovich chose the monastery as his suburban residence in 1650 and the complex still has his white stone royal palace.

The monastery, which was partly destroyed during the Soviet era, has been completely restored.  Located on a hilltop, it is about a 20-minute walk from the city center. 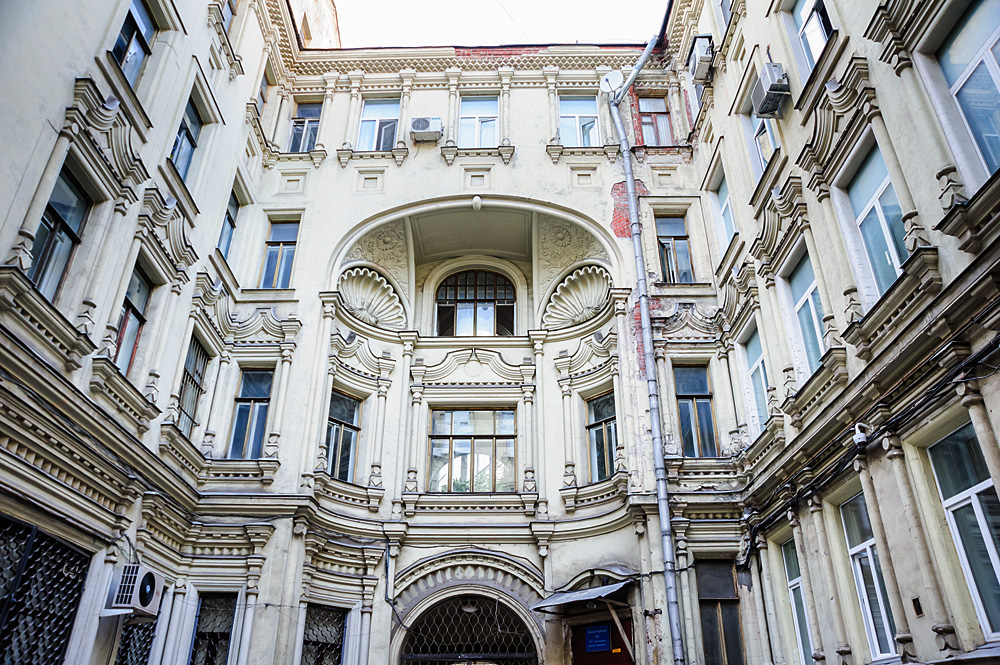 The monastery has a bakery, café and viewing deck for looking out over the countryside, and it is worth trekking down the hill towards the Moscow River. Another highlight is the natural spring in the hermitage. Devotees go for three brief dips in the pool where the spring water flows. But be warned: The water is bone-chillingly cold, even in summer. 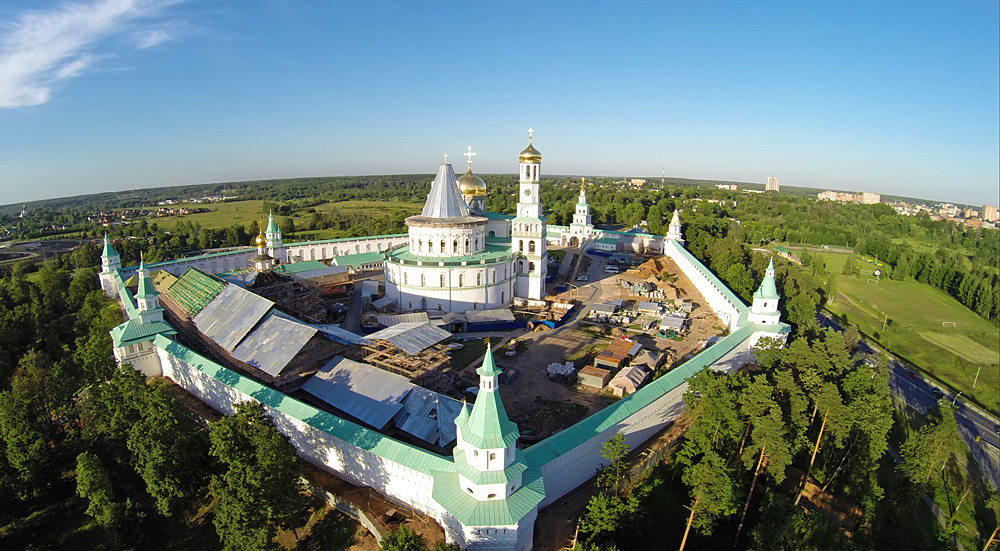 Photo credit: Lori/Legion-Media
Located in the town of Istra about 25 miles from Moscow, the New Jerusalem Monastery was founded in 1656 by Russian Orthodox Patriarch Nikon. The patriarch chose the site as he felt it resembled the Holy Land. The Istra River is supposed to symbolically represent the Jordan River and the buildings Jerusalem. Sketches of the Holy Sepulchre in Jerusalem were used in the construction of the Voskresensky Cathedral.

The monastery managed to survive the Bolshevik Revolution of 1917 but was destroyed by Nazi German forces during World War II. The Voskresensky Cathedral is still being restored. There is also an excellent museum, which highlights the art, history architecture and religious heritage of the Middle East.

Istra can be reached by suburban trains from Moscow’s Rizhsky Railway Station. The journey takes about 30 minutes.

Away from the city Tours