Russia to focus on economics, security at EAS summit in Kuala Lumpur 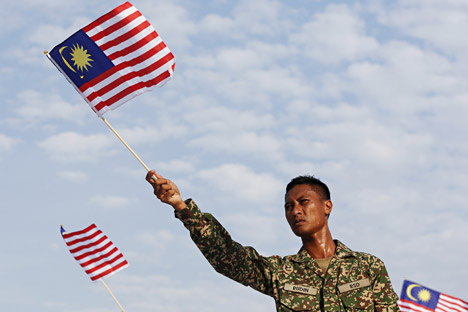 EAS is taking place in Kuala Lumpur, Malaysia on November 21-22.

Reuters
Russia looks to promote the Russian Far East as an investment destination at the upcoming East Asia Summit in Malaysia.

Economic and investment cooperation will be high on Russia’s agenda at the 10th annual edition of the East Asia Summit (EAS), which will take place in Kuala Lumpur, Malaysia on November 21-22. Moscow is also expected to pay attention to security issues in the Asia-Pacific.

Today, the EAS is one of the most representative forums in the Asia-Pacific region, bringing together 18 countries, including Russia, the US, China, India and Japan. The summit was established in 2005 as a platform for the ASEAN leaders to discuss strategic issues of trade, energy and security.

Russia joined the EAS in 2011, together with the United States.

Moscow sees the Asia-Pacific as the region of the future, at least in economic terms.

As a part of the EAEU (Eurasian Economic Union), Russia is trying to conclude agreements on a free trade zone with individual countries in the region. Earlier this year, the EAEU signed a free trade agreement with Vietnam.

At the EAS summit in 2014, Russian Prime Minister Dmitry Medvedev said that plans were on to sign free trade agreements with other Asian countries.

However, analysts say Russia's strategy in the region is neither about joining the existing integration projects nor launching its own projects. The focus is on the development of the Russian Far East. “Moscow wants to integrate into the Asia-Pacific region through its Far Eastern regions,” said Artyom Lukin from the Far Eastern University.

The authorities are working vigorously in this direction. Earlier this year, the Vladivostok free port zone was established and laws were adopted to establish territories of accelerated development (TAD) in the Russian Far East to attract investment from Asia.

Russia's proposals on security in the Asia-Pacific

Apart from the economy, the EAS will also discuss security issues. At a meeting in 2014, Medvedev said he hoped that the 2015 EAS summit would adopt a security plan for the Asia-Pacific region. This concept, which is being promoted by Russia and China, was prepared about five years ago.

The security concept essentially calls for the respect of the territorial sovereignty of all Asia-Pacific countries and for a team approach to solving disputes.

Analysts say the proposal has little chance of being implemented. It is widely believed that the plan lacks arrangements similar to the Helsinki Agreement, which was finalized in 1975 to guarantee the inviolability of the European borders existing at that time.

Leonid Gusev, a researcher of the Center for East Asian and SCO Studies at the Moscow State Institute of International Relations, says it is impossible to implement such a plan because of the serious conflicts between countries in the region. Major problems in the area include territorial disputes in the South China Sea, the status of Taiwan, and tensions in the Korean peninsula.