The parable of the Soviet coffee tree 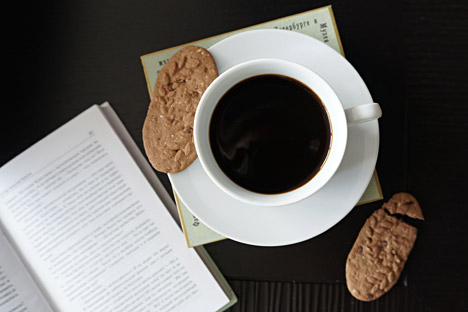 Anna Kharzeeva
With no access to real coffee beans, “coffee” could mean many things in the Soviet Union, and its real potency often came a surprise.

The story of the coffee tree was a typically Soviet one: a boarding school teacher decided it would be nice to have some plants in the school building. Her colleagues and – most importantly – their bosses, agreed, and the teacher was allowed to buy some plants. But there was only one plant store accessible to her, and that plant store had only little pots with coffee trees for sale. So the teacher bought a lot of coffee trees and then went around to her friends asking to swap them for bigger and greener plants. (Remember, I said it was a typically Soviet story!). One of those friends was my grandmother, who exchanged she doesn’t remember what for a small coffee tree, which in her care grew as tall as the ceiling.

Rumor has it Granny’s coffee tree was the only one in the Soviet Union with any caffeine still left in it. Or maybe it was all the teacher’s coffee trees. Or something like that. 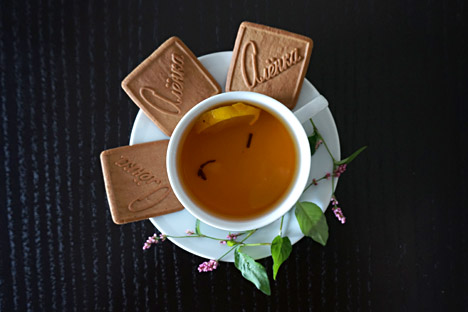 In any case, mostly what the Soviets drank were “coffee drinks,” which could have been anything from chicory root to a can with coffee and condensed milk mixed with hot water. In a country obsessed with tea, coffee was somewhat “teaified” as well, it seems. Granny says there were also lots of pre­mixed coffee drinks available under various imaginative names like “health” or “summer.”

Granny’s friend Galina Vassilyevna grew up in the village drinking what she considered to be “coffee”. Then she moved to Moscow, graduated from university, got married and had her first“ real” coffee. It was then she learned that coffee isn’t typically made of ground barley.

Granny told me the story of her own first encounter with caffeine: “When your father’s parents came to Moscow to meet us for the first time, we got the beans off my coffee tree, dried, roasted and ground them and made coffee in a pot, Turkish style. By the time we had a tiny cup each, it was late in the afternoon. I couldn’t sleep the whole night after that coffee – that was the first time I realized what coffee actually was!”

Most homes, Granny says, had a “turki” – a metal Turkish-style pot that would make 1­2 cups of coffee. These pots had to be watched carefully, or the coffee would “run away” ­ lots of Soviet kitchen stoves were stained that way. Then “kombayny, which was kind of like a food processor - came along. Some of them had coffee-making attachments, and these were in vogue for a while.

The Book suggests adding chicory, dry “wine berries” (whatever those are), dried barley or acorns into coffee.

Once, working with an Italian in Moscow, he convinced me to have a coffee with him. “Tea?! Drink that at home! Here we have coffee!” he said. The coffee he was offering wasn’t made of barley or chicory, so I accepted – and then couldn’t sleep all night.

Today there are plenty of swanky coffee bars in Moscow, but they haven’t been around long enough for me to have built up a resistance to caffeine, so at home I do drink tea.

As for the coffee tree, eventually it ran out of room to grow and died. Maybe there’s some symbolism in that. And although I don’t drink coffee, I always remember it dearly. 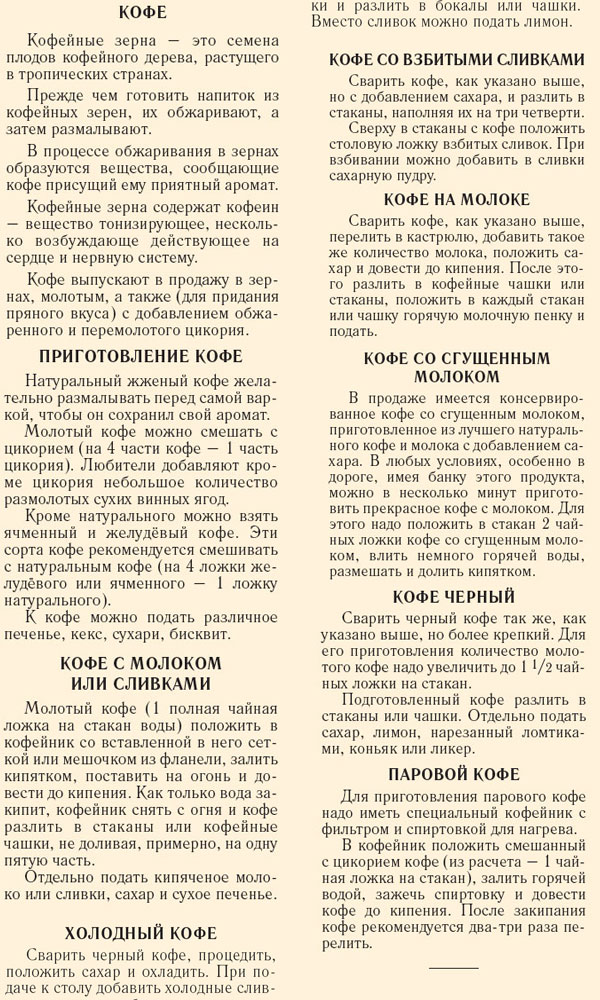 The recipes from the Soviet Cook Book.

Coffee beans are the seeds of the fruit of the coffee tree, which grows in tropical countries. Coffee beans must be roasted and ground to prepare the drink. During the roasting process, the beans give off a pleasant aroma.

Coffee beans contain caffeine, which can excite the heart and nervous system.

Coffee is sold in beans and also ground. To give the coffee a spicy flavor, you can add milled barley or chicory.  Use the proportion of 4 spoonfuls of ground coffee to one spoonful of chicory or barley.

You can serve coffee with cake, cookies or muffins.

Read more: Lemon cakes made with a Soviet miracle