Russian Kitchen
Viktor Kuzmin
Nearly everyone can identify traditional Russian dishes such as borshch and schi. What people don’t know is that this healthy diet of beetroot, buckwheat and cabbage is supplemented by a delicious array of traditional Russian sweets. Russians seem to have a hereditary sweet tooth, and over the centuries they have come up with a wide selection of irresistible treats.

If you are invited over to someone’s house in Russia, the chances are that you will be offered hot tea with something sweet. Learn more about what you might find on the table. 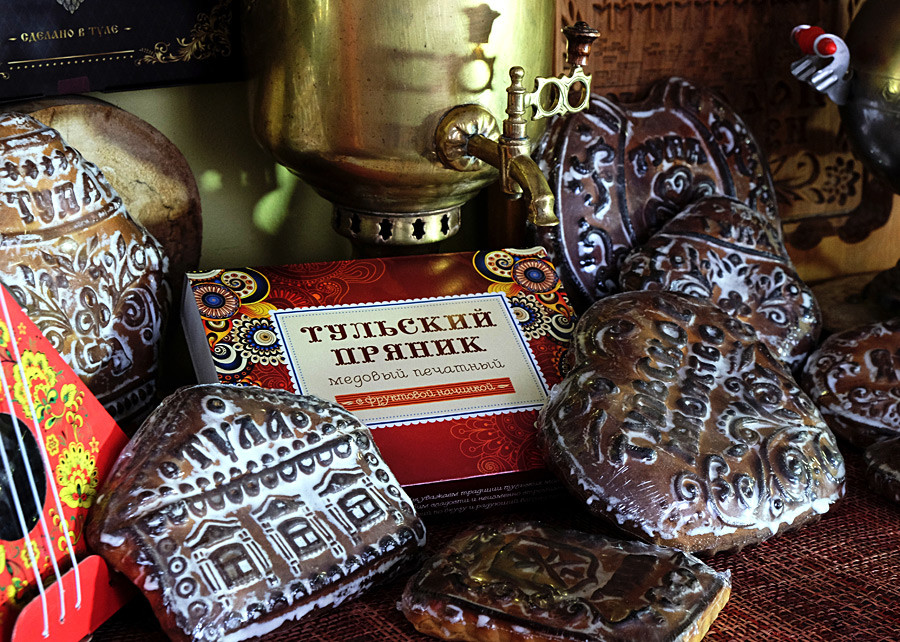 Gingerbread can rightfully claim to be one of Russia’s original sweets. A dessert called “honey bread” was first enjoyed in Ancient Egypt and came to Russia in the 9th Century, when the legendary Rurik and Oleg of Novgorod joined together disparate East Slavic and Finno-Ugric tribes to form one unified state.

At that time, gingerbread was made from rye flour mixed with honey and berry juice. It got its modern name when people started enhancing this recipe with spices from India and the Middle East, which first appeared in Russia in the 12th-13th centuries. The most famous Russian gingerbread is from Tula, about 120 miles south of Moscow. It is a square slab of spicy cake filled with jam or condensed milk. In the late 1990s, Tula opened a museum devoted to the cake. 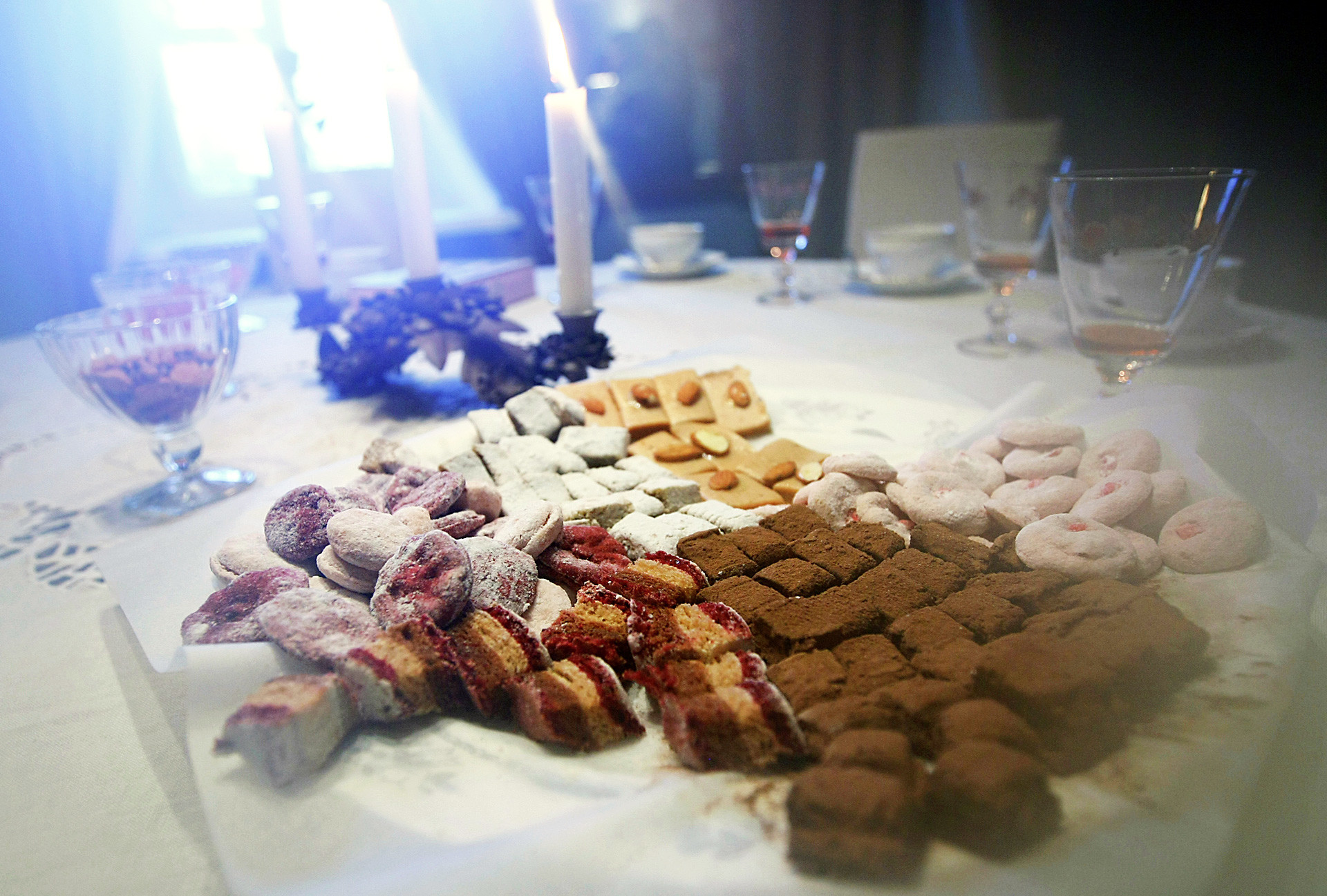 Russian merchants have long had strong trading links with the Middle East and the second most popular Russian sweet – pastila – is reminiscent of Turkish Delight.

However, the main ingredients of pastila, which first appeared in Russia in the 16th century, are no more exotic than sour apples, honey and egg whites. Until the 19th century, the recipe for the Kolomensky pastels – by far the most delicious – was a closely guarded secret, but then French candymakers added whipped egg-whites to an apple and fruit puree and discovered a new delicacy -  the French marshmallow. At about the same time, Russian confectioners started using sugar instead of honey, and today pastels are made using the same process. 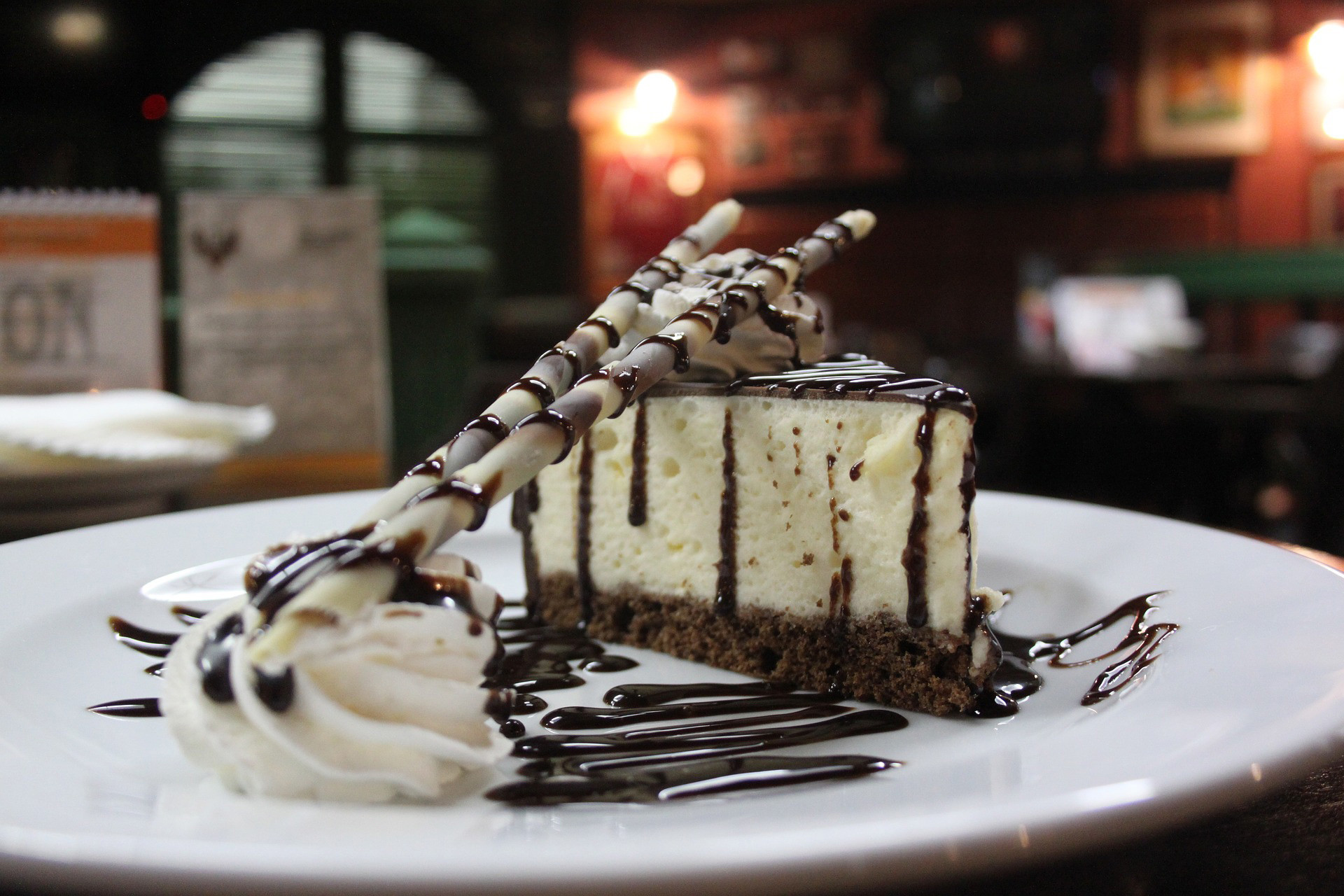 The name of this cake is at best misleading and this thick slice of marshmallow covered in chocolate is nothing special to look at it. But this is actually one of the best Russian sweets. Birds’ Milk was the first cake to be patented in Soviet times. This official recipe was developed by a group of confectioners under the leadership of Vladimir Guralnik – a legend in the world of Russian sweets – who was the chief dessert-maker at the Prague restaurant in Moscow. The Birds’ Milk recipe is derived from French marshmallows, but with several important amendments.

This cake is still extremely popular in Russia, and a sure sign of its success are all the copycat versions that can be found everywhere, even in the most expensive shops. Of course these fake birds’ milk cakes are edible, and sometimes even quite pleasant, but to compare the two would be like comparing primitive cave paintings with the Mona Lisa. 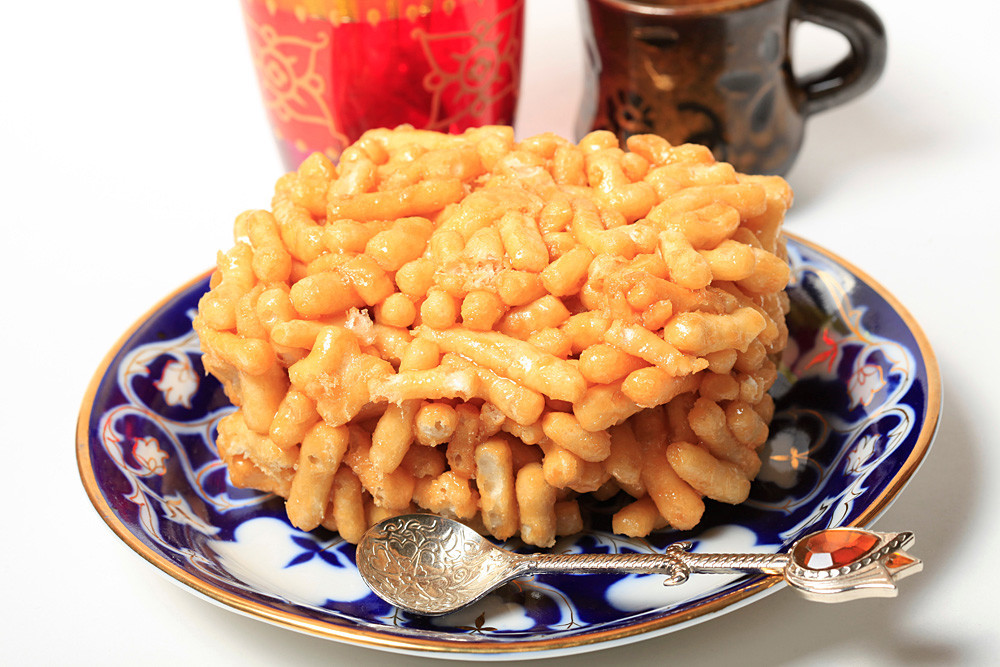 A recipe that originates from the Turkic peoples, chak-chak is a solid favorite of the sweet-toothed Russians. It is still considered the national dish of Tatars and Bashkirs – one of Russia’s largest ethnic minorities. Unlike pastels, the recipe for chak-chak has remained virtually unchanged since ancient times. This Eastern delight is made from soft dough and raw eggs, molded into short delicate sticks that look like vermicelli or marbles, which are then deep-fried and placed in an elegant pile before a hot honey sauce is poured over them. The pile is then left to harden before being served. 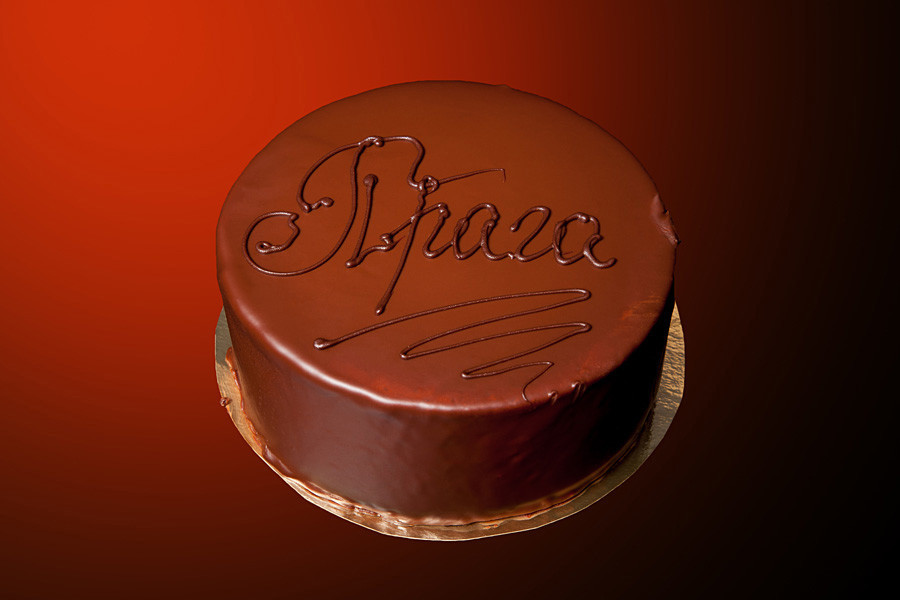 This variation of the Viennese Sachertorte has only a very tenuous link with the Czech capital. The recipe was developed by the same legend of Russian confectionary, Vladimir Guralnik, who learned the art of patisserie under the guidance of Czech master-confectioners who made regular trips to Moscow to teach and learn new skills. The cake requires four different sorts of cream, some laced with brandy and other liquors, and the pastry layer is soaked in rum. The original Viennese cake does not contain any cream at all. Unlike Birds’ Milk cake, the recipe for Prague cake was never patented and the delicacy is now prepared in patisseries all over Russia. 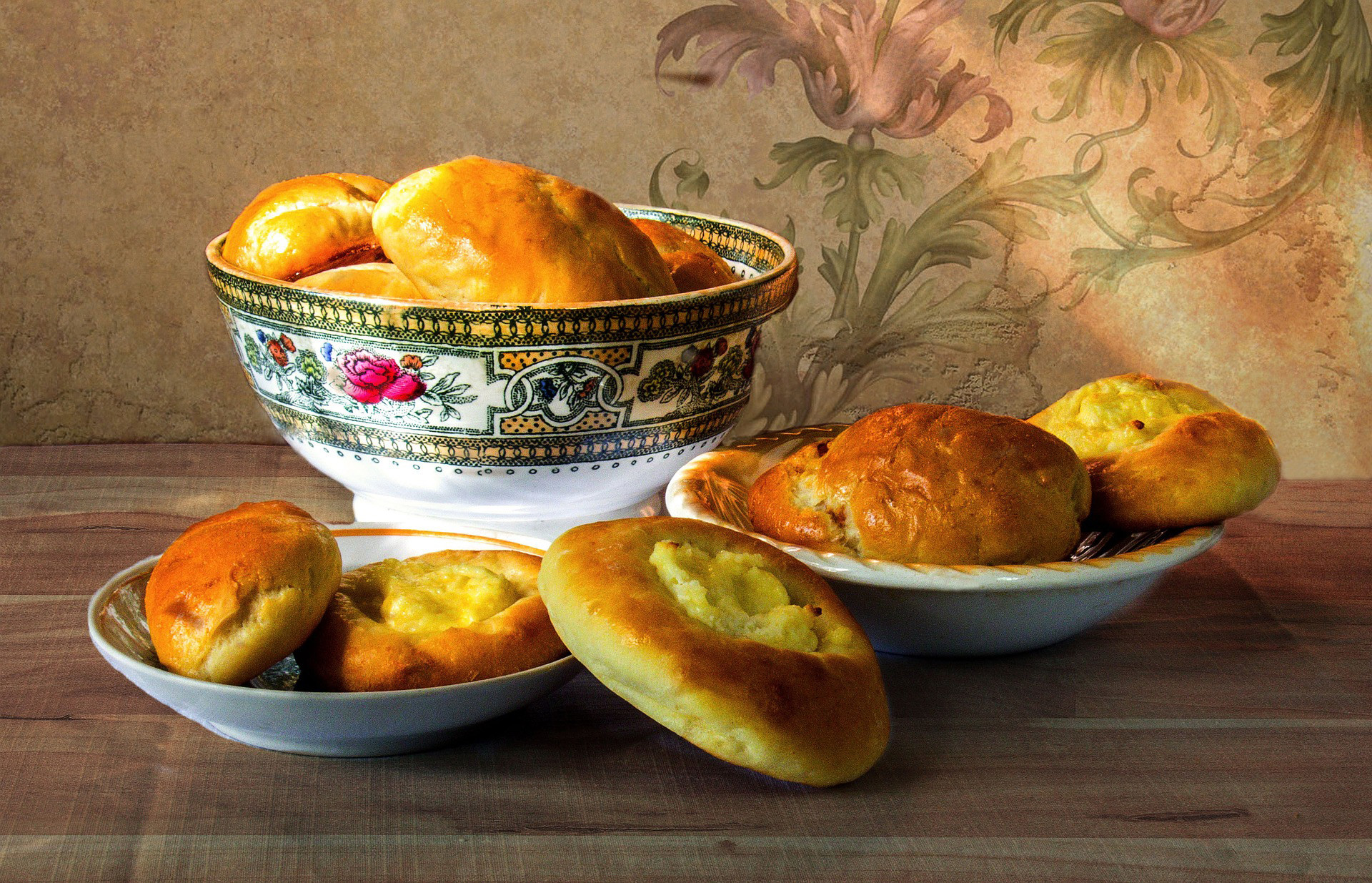 The world of Russian confection would not be same without the vatrushka, and this recipe has hardly changed in thousands of years. A vatrushka is one of the most archaic delicacies that featured in the cuisine of ancient Slavic tribes. It is a sort of round bun made from leavened, short or unleavened dough.

Its filling is simple yet effective – the soft bun is perfectly complemented by baked cottage cheese with sugar, jam, condensed milk or fruit puree. Vatrushkas may be humble, but demand for them is high. However, you are more likely to find them at a simple bakery than in trendy patisseries. 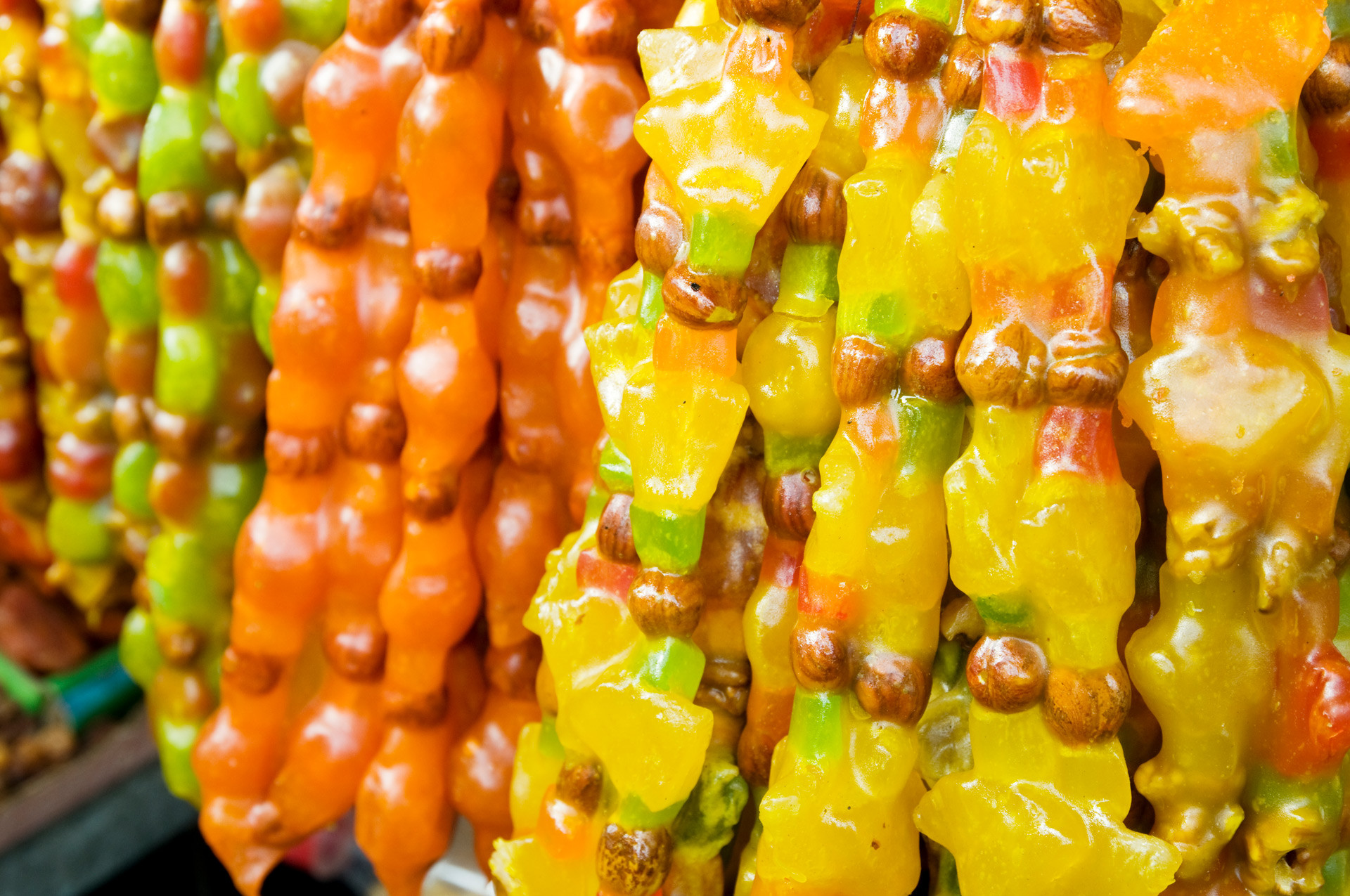 Churchkhela is mainly found in seaside resorts in the Krasnodar Territory since the recipe has its roots in Caucasian cuisine. Churchkhela is made from nuts that are put onto a thread and dipped in sweet grape juice that has been thickened with flour, which forms a chewy coating. This dessert is undoubtedly the most healthy delicacy on the list, as it contains lots of glucose and fructose, vegetable oils, proteins, organic acids and vitamins.

Out of the 12 sweets on our list, this one probably also takes the most time to prepare. Each churchkhela needs to dry in the sun for at least two weeks, and it is then left to mature for up to three months. But anyone who tastes a churchkhela will agree that it is worth the effort – it eventually acquires a rich, chocolaty taste, even though the recipe does not contain anything even remotely resembling a cocoa bean. 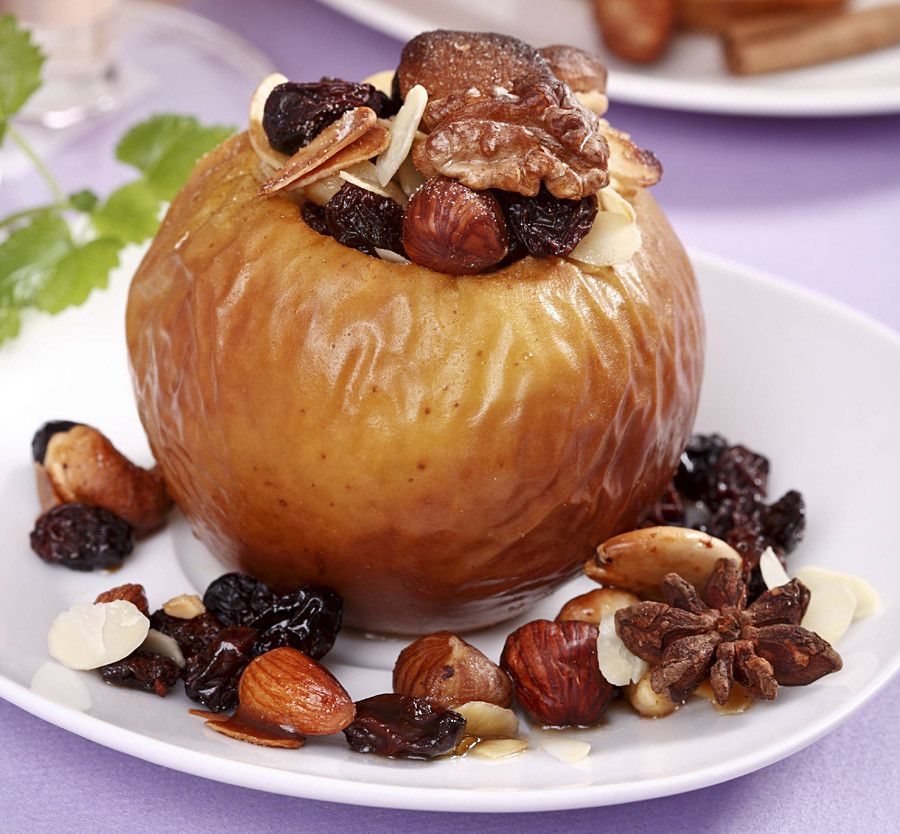 Most of Russia has a northern climate, and the brief summers mean fruit is scarce. As a result, hardy varieties of apple are a favorite ingredient in Russian cooking. Traditional Russian varieties tend to be quite sour, but over the centuries, Russian cooks have found ways of making them sweet. First the apples are soaked in various syrups and sweet concoctions. Then the core is cut out, and the apple is stuffed with a sweet filling and baked. After churchkhela, this is probably the second most healthy treat on our list. Baked apples are rich in iron and potassium, they are even an important part of some diets. Nutritionists claim regularly eating baked apples doesn’t just help shed excess pounds, it can also increase metabolism, plump up the skin and smooth fine lines. 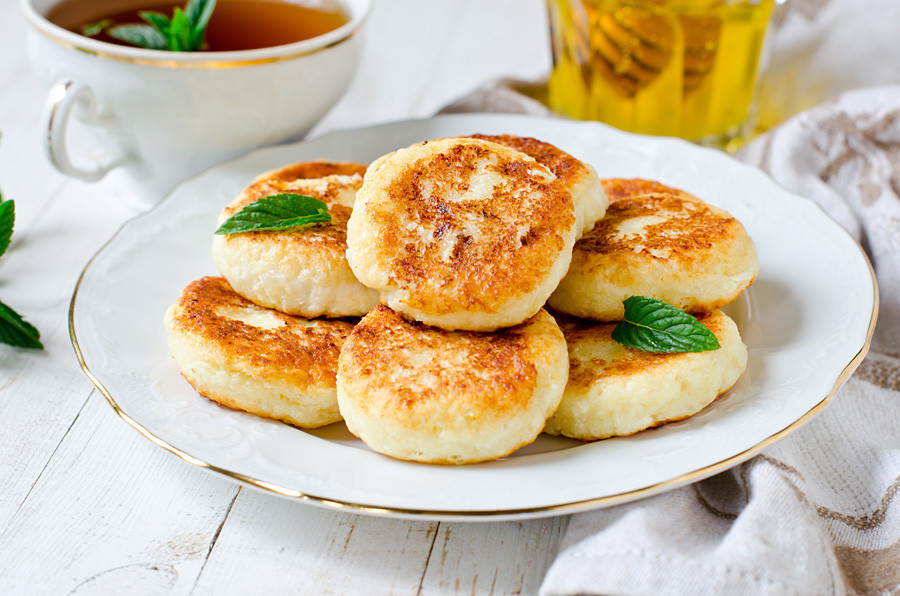 Served on their own, syrniki and oladie could easily be mistaken for a starter or a side dish. It is what they are served with that makes them one of the great Russian desserts; optional extras include cream, jam, honey, fruit puree or syrup. These sorts of pancakes are actually made from very healthy ingredients – in addition to the basic mixture of cottage cheese, eggs and flour, which is fried in a frying pan, grated carrot, apple, dried apricots, pears, nuts, pumpkin and squash can also be used, making for a dessert that is as healthy as it is tasty. 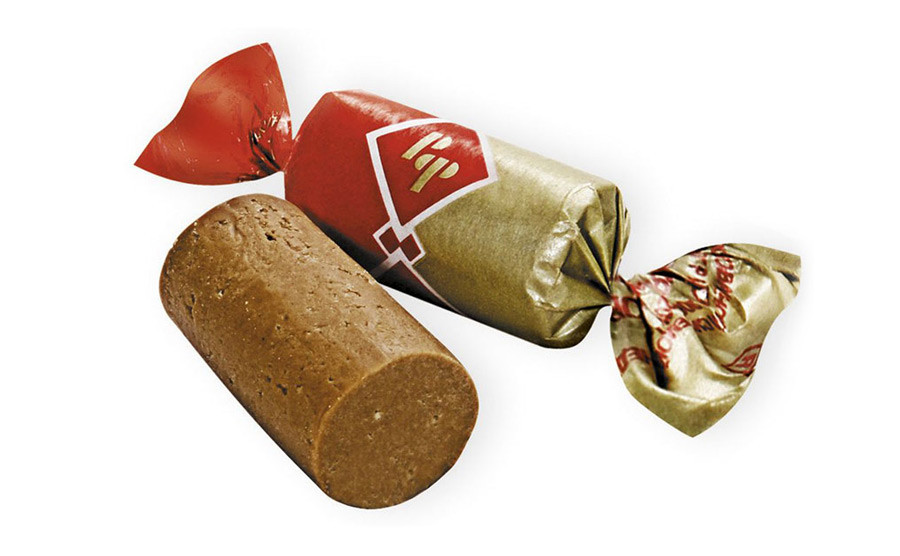 Russians who grew up in the Soviet era, when there was a deficit of just about everything, have fond memories of these sweets. Even when the shelves were empty, soya sticks were nearly always available and you hardly ever had to stand in line for them.

At a pinch, you could say they taste a bit like halva, one of the highlights of Eastern cuisine - maybe because they contain ground peanut. The most popular soya sticks were produced by the RotFront factory. Readers should be warned that these innocent-looking sweets have a very high calorie content – about 514 calori es per 100 grams. 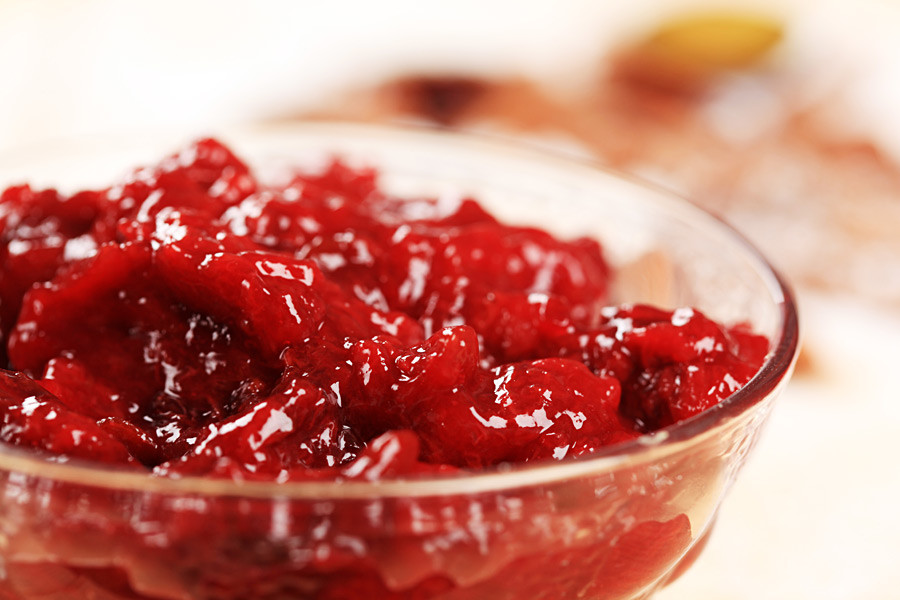 This sweet has almost been forgotten, but you can still find it in some Russian villages. In the olden days this was known as “dried paradise apple.” In essence it tastes a bit like modern-day fruit pastels. It is made by boiling up pectin-rich fruits such as apples, quinces, plums and rowanberries.

Interestingly, smokva originally meant dried figs. But figs were too expensive for the average person, which led an unknown cook to develop a substitute – a fruity sweet made from ingredients that were locally available, cooking them in honey or sugar syrup. Since the end of the 18th Century, when French cuisine came to Russia, the names of fruit-flavored candies have been Europeanized, and smokva is now again the word used for a fig (as in the fruit itself). But in remote parts of Russia this traditional sweet has kept its historical name. 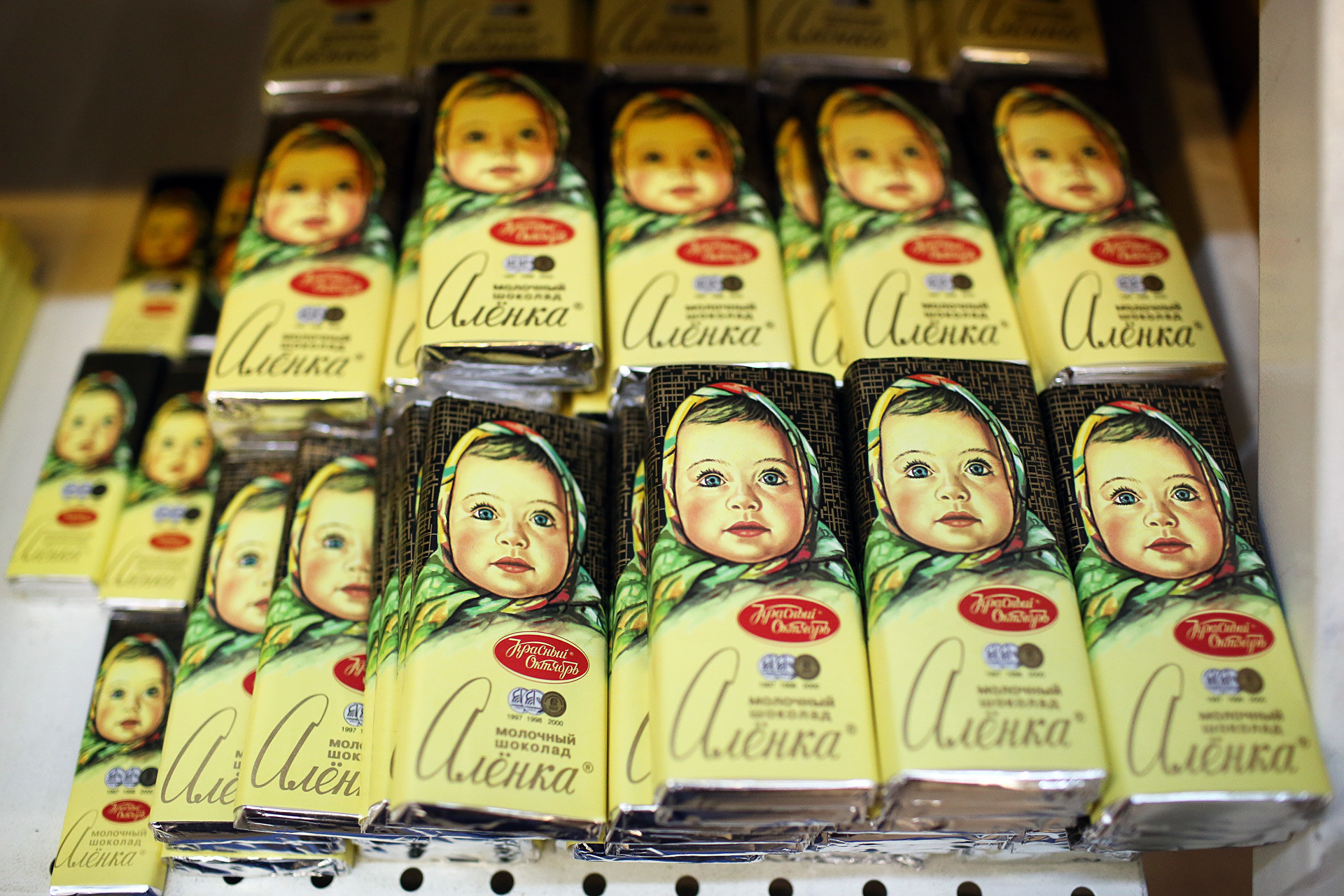 Alenka may not be the tastiest chocolate in Russia, but is probably the most recognized brand in the Russian chocolate industry.

It has been in production since 1965 and is the result of a special socialist food program implemented to mass-produce affordable milk chocolate. To find the right packaging for the candy bar, the producers held a competition and advertised it in a Moscow newspaper. The winner was a photo of an 8-month girl, submitted by an artist who worked at the factory, although later rumors circulated that the cute little girl on the packet was actually Svetlana Allilueva – Stalin’s daughter. 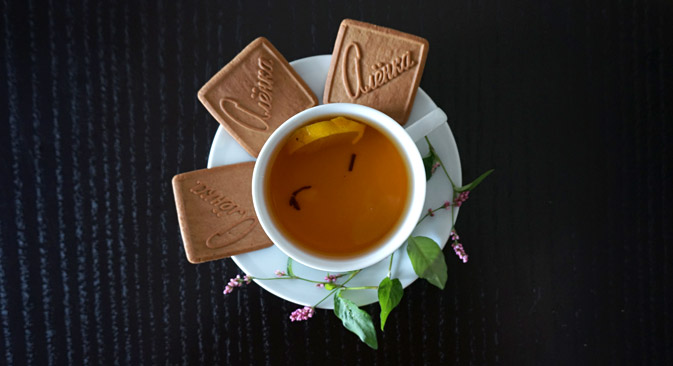