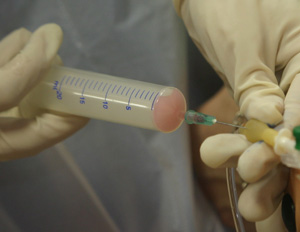 New measures to prop up the banking system come a day after markets suffered their worst-ever day of trading.

Earlier, more than 150 billion dollars has already been allocated, however, the situation is still extremely volatile.

The Russian government continues to support the economy by creating additional measures and injecting liquidity.

"The government is allocating loans to banks, worth a total of 950 Billion rubles ($US 36 BLN) for a period of at least five years. This is the first measure to prop up the country's banking system," President Medvedev said Tuesday.

"This is a preventative measure. It is designed to support the banking system and to guarantee the robustness of the Russian financial system."

"We can see what's going on in the banking sectors in other countries. We need to preempt events related to the robustness of some of our own banks and we've taken these measures,"

"This decision is not just intended to inject liquidity into the banking system - we're injecting enough of that - but it is designed to strengthen the capital of Russian banks,"

"It will improve the performance of those banks, give them enough capital, enable them to issue loans. It will broaden even further their opportunities to lend to the real sector, for securities trading,"

Sberbank and VTB will be allocated 500 billion rubles and 200 billion rubles, respectively. Russia's agriculture bank, Rosselkhozbank, will receive a further 25 Billion Rubles. The funding will come from Vnesheconombank in the form of 5 year loans.

Meanwhile, Russia's main stock indices - RTS and MICEX - have reached their lowest levels in four years. After trading was suspended, both indexes started with a good rally of around 3 percent. But in a little while the indexes were down again.

Investors say this volatility will remain in the future prompting fears among investors and ordinary people.