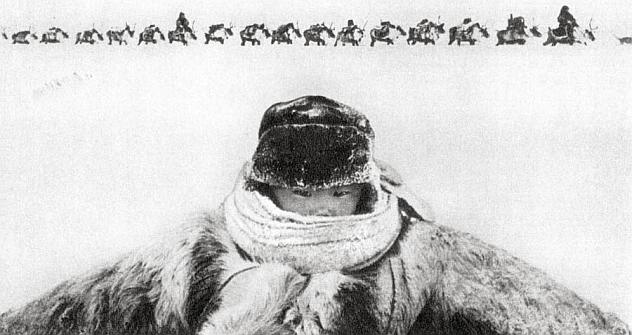 Russian and Soviet winners from the World Press Photo 1955-2010.

“Russ Press Photo,” a sweeping exhibit showing the works of both Russian and Soviet winners of the high-profile international photojournalism contest, World Press Photo (WPP), offers a rare historical overview of iconic images from the past half century. The show also offers a deeper perspective on the controversies over what makes great photography.

"We live in a time when there is a loss of values, and values ​​disappear from our country, both literally and figuratively….This exhibition [shows] the holiday of Soviet photography.  Yes, there was communist propaganda but professionalism was high,"  wrote Sergey Kivrin, an acclaimed photographer represented at the exhibit.

During the 55 years since the WPP contest was first launched, the Soviet Union and, subsequently, Russia, produced 89 award-winning photographers. They received a total of 133 prizes, 45 of them Golden Eye awards or first-place gold medals.

There has been a great deal of controversy recently concerning the “reign of violence,” as some call it, that has overwhelmed the World Press Photo competition. Yuri Kozyrev’s Beslan Tragedy (2004) was recognized by WPP in 2004. His photographs documented the unimaginable tragedy of a school, full of children, taken hostage by terrorists for three days. Kozyrev won the contest in 2008 with a portrait of a grieving Iraqi woman who had lost her husband and son.

Photographic works that bear witness to tragedy are in stark contrast to the photos taken during Soviet times. Then, critics decried their western colleagues for wallowing in the most terrible events. In the early 1960s, editor of the Sovetskoye Foto (Soviet Photo) magazine Marina Bugayeva brought to the contest a whole series of optimistic happy pictures covering the Soviet lifestyle, yet, to her surprise, the jury ignored them.

“Marina was indignant,” Viktor Akhlomov, a WPP jury member in 1983-1985, recalled. “Someone took the liberty of explaining to this colleague from behind the Iron Curtain that photojournalism was very much like dentistry: ‘It hurt, but eventually, it healed.’ A journalist must draw the attention of the world public to the world’s trouble spots.”

The jury awarded the first prize in the Daily Life category to Maya Okushko’s photo The Bride, which pictured a girl’s smiling face peering over her fiancé’s shoulder. At that time, a tradition emerged of interspersing harrowing photos by western reporters with more serene and cheerful works by Soviet photographers – a trend which lasted almost until the end of the 1980s.

In rewriting and censoring its past and its present, the Soviet Union strongly influenced photojournalism. A photo journalist was forced to produce works of art rather than actual reports. The important thing was not to be in the right place at the right time but to arrange the reality for a beautiful shot.

Sports and art were the highlights of Soviet photography during the period of stagnation under Soviet leader Leonid Brezhnev. They documented colorful images of everyday life – portraits of those who lived extraordinarily long lives in the Caucasus, sable hunting scenes, winter swimming, a baby’s first steps, the daily routine of a cardiac surgeon, weddings, childbirth, a polar bear in a zoo eating green shoots, a monkey scared of a shot in a veterinary hospital – at least, life seemed colorful the way they portrayed it.

“At that time, photos were sent to the contest through the Union of Journalists,” said Sergei Vasilyev, a frequent winner of the Golden Eye Award (the WPP first prize in various categories). “They had a photo panel. They sent us invitations and we, in turn, sent them our photos to be considered by a Moscow-based commission. We had to submit photos in exhibition format, plus three more copies – for censorship purposes, for the KGB and some other body…”

Sergei Vasilyev took all his award-winning pictures in his native town of Chelyabinsk. His first photos were taken as an amateur—he was in law enforcement-- and he sent them to the local newspaper. Soon after, he created a series of photos in a penal colony called “Life Behind Bars.”  It did not make it to the WPP until 1990, however, when it was published in Russia. In the 1970s and 1980s, Vasilyev was known for depicting “undisturbed happy life”: His award-winning work, “The Birth of a Man”– a lineup of naked baby bellies and chests – won in 1975.

“Although no naked photos are accepted for the contest, my images were never actually rejected,” Sergei Vasilyev continued. “I never felt any discrimination whatsoever from anyone – either from the Soviets and the Party leadership, or from censorship bodies, or the editorial board for which I worked."

“While we lived in a country where nothing was going on, we could not make any contribution to the coverage of gory global developments,” Viktoria Ivleva, a WPP prizewinning photographer, explained. “We immediately started contributing, though, as soon as dramatic events began unfolding in the country – and we actually drowned the contest in blood.”

One of Viktoria Ivleva's photos from  her "Inside Chernobyl" series. Source: RUSSPRESSPHOTO

Ivleva was awarded a Golden Eye Award in 1991 for her “Inside Chernobyl” series. The Chernobyl disaster propelled Russian photographers into the ranks of those documenting global catastrophes. They risked their lives, following in the footsteps of their western colleagues who had previously been decried as “sensationalists.”

In the 1990s and even in the 2000s, both photo reporters and viewers were busy reinventing reality, experiencing and showing what could not be shown before.

The new reality is shocking. It has so little in common with the happy daily life of the Soviet era. In the early 1990s, viewers were confronted with startling images: a series of photos taken in women’s and juvenile penal colonies; news photography from the revolutions in Georgia and Azerbaijan; the collapse of the Soviet Union; two wars in Chechnya; multiple terrorist attacks; a New Year in a psychiatric hospital (a patient in a clown cap sitting on a bed); and Boris Yeltsin performing his pre-election dance with young girls. And that was just the beginning.

Yet Russian photography is distinctly connected to its own history. Images of sports and the arts are recognized once again, just as they were in the 1960s and 1970s.  But this time it is not a result of ideological taboos or professional limitations. There is an aesthetic contradiction between how Russians understand modern photography and the aggressive “event-driven” photography increasingly represented at the World Press Photo. The contradiction is possibly a generational one:  The best Russian photographers emerged from a different school, rooted in the Soviet era. For them, the gory minimalism so popular with those who are joining the profession today is entirely alien.

The exhibit, which opened in November and closed for the holidays, is now open through February 14 at Worker and Kolkhoz Woman exhibition centre.