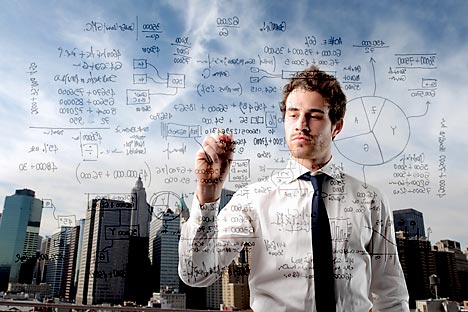 Many Russians companies try to understand how to improve their record and image. Source: PhotoXPress

In the Western world, it is easy to cut costs, reduce staff turnover, increase the company’s value and improve its image in just one stroke: all you have to do is adopt a sustainable development strategy. While Russian companies are also eager to increase and improve things, many are still in the dark as to how to do so.

The Russian business community is still more comfortable with the term “corporate social responsibility” than the notion of sustainable development widely used in Western countries. Meanwhile, according to experts at consulting firm BDO who have polled Russian companies on sustainability issues, international standards define social responsibility through sustainable development.

Sustainable development affects nearly all business aspects, from client relations to supplier surveys, from environmental impact assessment to creating a positive work environment, from elaborating business ethics to confirming the transparency and accountability of corporate governance, according to Alexander Lantsov, General Director of BDO in Russia.

Getting to the bottom of it

BDO asserts that it polled the most responsible in the Russian business arena, thus making analysis of the poll results particularly interesting.

Outlining the boundaries of employer responsibility, 54 percent of poll participants said they were ready to be held accountable for the personal and professional development of their employees, 48 percent - for workplace safety, and 41 percent - for fair remuneration for all employees. Meanwhile, only 19 percent of employers demonstrated concern for the balance between their employees’ work and personal life. Furthermore, no more than 7 percent proved ready to assume the responsibility of employing people with disabilities.

Surprising as it might seem, only 48 percent of respondents said they were ready to bear the responsibility for customer service and complaints handling, while 40 percent took responsibility for providing equal opportunities and availability for clients, and 31 percent stood for fair advertising and marketing.

Cashing in on ideas

“Western companies have long ceased to consider social responsibility to be a burden and a public duty. They have learned to cash in on it”, Lantsov said. “For Russian companies, however, it is still a matter of public relations and risk management. They cannot monetise this kind of activity so far.”

Still, Russian business is on its way to appreciating the benefits of sustainable development, considering Russia's impending accession to the WTO. Lantsov is positive that, to protect the interests of domestic producers, Western countries could, for instance, tighten environmental requirements for companies tapping their markets, which would immediately cut off many Russian players. At this point, just a few companies can meet such requirements.

Mobile phone operator MTS, for one, is among those few. Its Telecom Idea project clearly demonstrates the growing interest in sustainable development among Russian companies.

This project – part of the MTS innovation program – has already earned the company $37 million. The program, launched in 2011 in conjunction with the Ministry of Communications and Media, the Ministry of Education and Science, the Ministry of Culture and the Higher School of Economics, is designed to transform the ideas of MTS employees, talented applicants or MTS clients into an effective tool for boosting the company’s capitalization. It permits young specialists to obtain experience in project presentation and to find financial backing allowing them to bring their ideas to life, this, as the same time, constituting a source of new business development ideas for MTS, the telecommunications company said.

“We view social responsibility projects as long-term investments laying the foundations for the company’s sustainable development and shaping an interest in new products and technology,” said MTS Vice President and COO Alexander Popovsky.

In 2004, the Uralsib Financial Corporation became one of the first on the Russian market to issue its public non-financial report under the GRI (Global Reporting Initiative) sustainability reporting according to Dmitry Sobolev, deputy head of the corporation’s PR department. Following the report, the company revisited all its social projects for compliance with the six core subjects of the ISO 26 000 social responsibility project: community involvement and development, fair operating practices, consumer issues, human rights, labor practices and the environment. The company maintains that three or four projects are now underway in each area.

“Uralsib has built an interesting model for planning and managing corporate charity, which delegates considerable powers to charity coordinators in regional networks or subdivisions of its central headquarters,” Sobolev said “The model exploits the creative potential of the company’s employees while also linking activities to the strategy and the business planning system.” According to Sobolev, Uralsib’s objective for the next few years is to evaluate independently the consistency of its in-house procedures with the standards.

“A sustainable development report is an important business asset for companies entering the Western market. So Russian companies have to live up to it,” Sobolev said. While he considers himself to be an idealist, he is still positive that at least 80 percent of Russian companies are actually implementing what they report in their statements.

According to the BDO poll, 46 percent of respondents are ready to take up transparency, responsibility and accountability; 40 percent have adopted a corporate governance code; 26 percent take corporate governance and environmental protection issues into account when evaluating their operations, whereas just 2 percent can manage complaints.