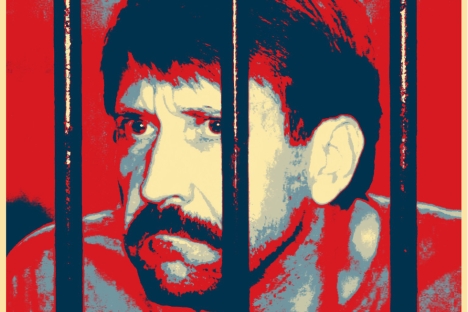 Convicted arms trader Viktor Bout made a video appeal several weeks ago from his U.S. cell, asking the State Duma to sue the United States and Thailand to free him from prison. The Duma rejected Bout's request, explaining that it has no authority to act in this capacity. But it is likely that Bout won't need the Duma's help anyway. 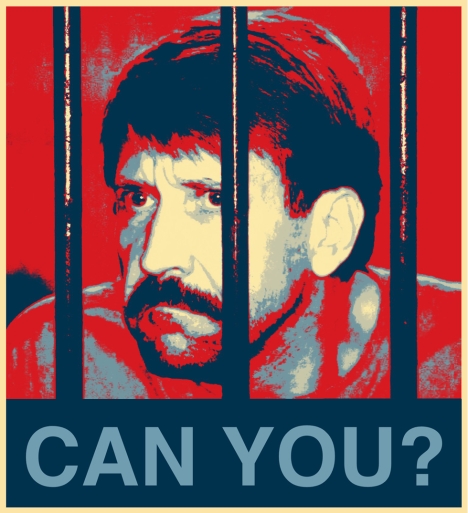 One of the most overlooked aspects of the Bout affair is that U.S. President Barack Obama had little to do with it. Bout was arrested in Thailand in March 2008, eight months before Obama was elected. The sting operation was organized when George W. Bush was president, and it very much fit into his quasi-religious, messianic mission in which good — that is, the United States — would conquer evil all over the world. For U.S. neoconservatives, Bout — the "merchant of death" who allegedly sold weapons to some of the worst dictatorships and rebel groups in the world — was the personification of evil, perhaps second only to the world's leading terrorists.

The only problem for the Bush administration was that there were no direct U.S. legal grounds to extradite and try Bout in the United States. Its first attempt to do so came after the Sept. 11, 2001, attacks when U.S. authorities looked for a trail that would have linked Bout's weapons sales to al-Qaida. But no hard evidence was found.

The problem for the Bush administration was that Bout's main weapons market was Africa, where there were few U.S. direct interests, and allegations of violating United Nations weapons embargoes did not give the United States legal jurisdiction over Bout. Even money-laundering charges against Bout weren't enough to arrest and extradite him, although the U.S. Treasury levied sanctions against Bout in 2004.

Even if Bout was, in fact, a bad guy whose weapons deals led to the deaths of millions in Africa, he never committed a crime against the United States. That is precisely why the Bush administration devised the sting operation to create this crime. The goal of this operation was to provoke Bout into entering a criminal conspiracy to sell illegal weapons to an organization the United States considers to be terrorist, and to enter a conspiracy to kill Americans in Columbia — a count that even the judge called into question when she read the sentence.

In any case, the sting operation and the four conspiracy charges that resulted from it gave U.S. authorities the formal legal grounds to arrest Bout in Thailand, extradite him and try him under U.S. criminal law. Regarding these "formal legal grounds," critics like to cite Vladimir Lenin, who once said, "Formally, everything is correct, but in reality, it is a mockery."

Although Obama has avoided commenting on the Bout arrest and sentence, he is probably not overly pleased with it. After all, Obama has always been the "anti-Bush" president who has always rejected Bush's global mission of exporting democracy and unilaterally fighting the world's largest evils beyond U.S. borders.

This is why the Bout affair, contrary to popular opinion in Russia, is, in reality, an albatross around Obama's neck — if for no other reason that it is a major irritant for the Kremlin that could hurt the "reset," one of Obama's top foreign policy initiatives.

If re-elected in November, Obama will certainly look for ways to settle the Bout affair and avoid a prolonged conflict with Russia, which is determined to keep this issue a top priority in U.S.-Russian relations.

Bout's 25-year prison sentence has driven Russia into a corner. Perhaps the only way for the Kremlin to secure Bout's return is to arrest Americans in Russia on espionage or other serious charges and then offer to exchange them for Bout. Although this could lead to a sharp escalation in U.S.-Russian tensions — particularly if U.S. citizens are hastily sentenced in a Russian court on trumped-up charges — these types of exchanges tend to calm relations in the long term.

Exchanging Bout would clearly upset the U.S. government agencies that worked so hard to organize the elaborate sting operation and capture the "merchant of death," who they consider a valuable trophy and career-booster. But in the end, these agencies report to Obama, who understands that improving U.S.-Russian relations is much more important than collecting trophies.