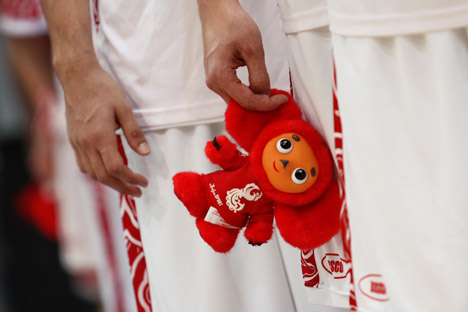 In order to become a destination for business events, Russia and its cities need to focus more on how it is perceived – and how it wants to be perceived.

In May, the International Congress and Convention Association (ICCA) released its annual Country and City Rankings Report, which grades locations based on the number of business events held there. Russia was 40th in the list of countries while Moscow and St. Petersburg were ranked 100th and 119th, respectively, in the city list.

Although Russia is geographically in a favorable position to host business events, the country has had a difficult time positioning itself in the global exhibition marketplace.

Russia has hosted major international exhibitions since the 19th century. In 1849, the First Manufactory Exhibition of the Russian Empire, Kingdom of Poland and Grand Duchy of Finland’s Products took place in St. Petersburg, and in 1851, Russia presented its exhibition at the First World Exhibition in London. During the Soviet era, Russia also had great success on the international exhibition scene, but after the Soviet collapse, the entire exhibition and fair system lost funding and has had to be rebuilt.

According to industry experts, success in international event marketing depends on the ability of promoters to realize that a country can be branded in the same way as a restaurant or clothing label. Convention bureaus, which are a mix of advertising and marketing agency, contribute a lot to improving the image of a city or country for exhibition promoters. In 2011, the Russian Chamber of Commerce put forward an initiative to organize a national convention bureau, but the initiative met some resistance by officials that questioned its feasibility.

As a result, no one is responsible with branding Russia on the exhibition and congress market; there is no overall strategy. As a result, in the eyes of foreigners, Russia still largely remains a country where the bears and peasants carrying balalaikas walk in the city streets. Other strong stereotypes are associated with the Soviet past and the “wild east” of the 1990s.

Such a collection of perceptions makes it difficult for the country to attract major business events or market itself as an important tourist destination. But there is little motivation to overcome these stereotypes. Many in the field believe it is easier to work with established perceptions, like Soviet nostalgia or nesting dolls, rather than create a new image of Russia as an innovation center.

The Russian Olympic team is one example of a successful attempt to combine past and future – the team uniforms have been praised for their innovative design while the team mascot, Cheburashka, is a throwback to the Soviet past.

Image is only part of the problem, however. Most regional Russian cities still have no modern exhibition infrastructure. Over the past few years, however, the situation has improved: new exhibition centers have appeared in Volgograd, Novosibirsk, Yekaterinburg and new complexes are being prepared in Togliatti and St. Petersburg. In some of these cities, convention bureaus to promote the regional conference venues have already been established.

Speaking about the ICCA rankings, Sergei Alexeev, president of the Russian Union of Exhibitions and Fairs said: "In terms of events held, we are the 40th in the ICCA rankings, and we enter the top 10 countries in the world by the exhibition space sales. For Russia, this is a relatively new industry, and I think that we have a good future. Despite the problems, there is an ongoing construction of new facilities – the process is going on."

Yet this development of new centers may actually put Russia behind global trends. According to Alexander Shumsky, general producer of Russian Fashion Week, positioning and promoting are the main task of contemporary exhibitions. A few decades ago, the goal of exhibitions was to increase sales; now, big exhibitions serve to attract attention to individual brands and the industry as a whole. That is why, Shumsky said, exhibitions are increasingly moving into the virtual space, and the amount of physical space is being reduced. He noted that in Düsseldorf, Germany – one of the world's largest business and exhibition centers – over the past year, the amount of exhibition space was reduced by half.

Alexeev believes that Russia still needs a convention bureau. "We have no clue as to what promotion of our ideas, our products, our country means. As a result, we often invent something, yet it is produced and sold overseas. Without a convention bureau our country positioning at the global congress market will be difficult, but exhibitions and fairs are an important part of the economy," Alexeev said.