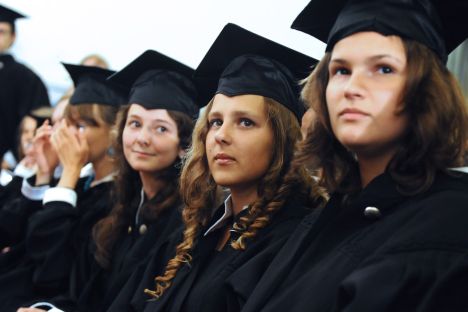 Russian students have until July 25 to apply to universities, and many turn to rankings to decide where to submit applications.

Rossiyskaya Gazeta: Russia has many universities whose degrees are valued abroad. Why are Russian universities ranked so poorly?

Philip Altbach: You shouldn’t pay much attention to rankings. Many of them have internal problems, one being that they take into account only English-language research publications. It is partly because of this that there are so many Anglo-Saxon countries among the ranking leaders. There is a more important problem, though, that pushes Russia away from the top positions – the salaries paid to university professors.

We compared university salaries in 28 countries of the world in a joint study with the Higher School of Economics, and Russia turned out to be in next to last place – only Armenia pays less. The calculations were based on salaries in relation to GDP and the average wages in the country. The top-five includes Canada, Italy, South Africa, India and the United States, where university professors make an average of $4,000-$6,000 a month, which compares to less than $1,000 at a Russian university.

Jamil Salmi: If you have to earn money on the side, what serious research can there be? Many Russian scientists work outside Russia because of a more favorable environment. Professors must be paid more, and the pay increase must come from the government budget. Russia needs a more flexible and incentive pay system.

RG: How much should a university professor get paid?

Philip Altbach: You can’t have a specific amount – it differs depending on the country. But in any country researchers must get paid enough to work using their best efforts while holding a single job at one university. That’s what you should start with.

RG: Does the Russian university and research system differ much from the West?

Philip Altbach: Russia has a tremendous legacy, a world-class academic system, but it is too isolated.

Jamil Salmi: A simple example is the very small number of Russian students speaking good English. There are few courses available in English, while they make up a crucial component of academic exchange and attracting foreign students and teachers. The same holds for publications. You can publish excellent articles in Russian journals, but as long as they remain only in Russian, they will be lost on international rankings, and often on the entire world.

RG: Russian universities have been merging lately to create major research and education centers. Is that a new trend?

Jamil Salmi: Each country should have leading universities that act as research centers; however, it is important not to overdo it, not to focus on science alone. When you emphasize research, there is a danger that it can harm the teaching process. Large countries, including Russia, need not place the main emphasis on research, but focus on the educational process and its results instead.

RG: Is there a difference between academy and university science?

Philip Altbach: This is a very important question. I believe that the system of the Academy of Sciences, which exists not only in Russia, but also in China, would not be a very good idea for France or Germany, at least during modern times. We need a complete integration of science and education now, as well as the involvement of research in the teaching process.

RG: Which will find it easier to approach the global education arena: a specialized university or a large traditional one?

Philip Altbach: It is better to focus on something specific instead of trying to encompass everything. Most of the highest-ranking universities deal with the natural sciences, but the main thing is to ensure a high quality educational process and pay professors decent salaries.

RG: Should higher education be free?

Jamil Salmi: If the training is to be lawyers or doctors – the upwardly mobile professions that guarantee high incomes – then it would be logical to pay. Students will have their investments repaid a hundredfold.

RG: Unfortunately, medical professions are not quite prestigious in Russia and doctors don’t get paid much; neither do teachers.

Jamil Salmi: Higher education should fundamentally be free of charge as a benefit that has colossal importance for society and the economy as a whole. But it gets more complicated in practice. We would all like to be born in, say, Switzerland, where the government is rich enough to provide everyone with higher education for free. However, most countries, including the United States, can’t afford this, which is why public universities need to combine budget and non-budget funding. This seems to be the best option now.

But we should not forget about social equality. Talented young people who can make excellent specialists must be entitled to higher education for free. The government should be responsible for offering them this opportunity.