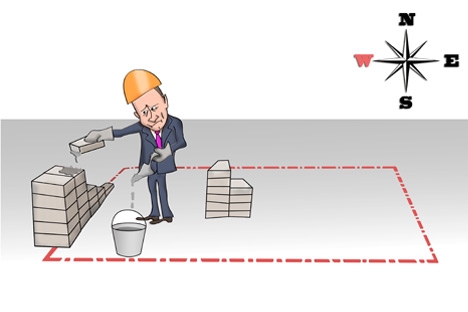 The more Russians question the country’s leadership, the more aggressive a foreign policy they are likely to pursue.

Only a year ago, few people outside of Russia’s expert community heard of Mikhail Dmitriev, the president of the Center for Strategic Research, an economics and social studies think tank. Today, Dmitriev, 51, is one of the country’s most recognized and respected opinion-makers.

Dmitriev’s rise to prominence began after March 2012, when his center published a report entitled “Political crisis in Russia and possible mechanisms of its development.” Based on analysis of public polls and focus group data, Dmitriev and his co-author Sergei Belanovsky argued that Russia was in the middle of a full-blown political crisis that was characterized, among other things, by a sharp drop in public trust in the country’s political leadership. Many analysts, critical of the center’s methodology – its use of the focus group approach in particular – attempted to dismiss the report as a self-promoting exercise in political alarmism. However, the mass public protests that erupted after the December State Duma elections and then followed the presidential election in March were widely considered a justification of Dmitriev’s point of view. All of sudden, Dmitriev found himself in high demand: he became a frequent guest on political TV shows; his articles now are regularly published in both Russian and international print media.

The center’s latest report released in May went a step further: it claimed that the political crisis in Russia has become irreversible, and that regardless of possible future scenarios, the return to the pre-crisis status quo is not anymore possible. In particular, Dmitriev and his colleagues argued that the post-election spike in approval ratings of President Vladimir Putin and his Prime Minister Dmitry Medvedev was no more than a transient uptick and that further decline would inevitably follow, a prediction lately proven by published public poll data.

The center’s May report is a must-read piece of analysis for everyone interested in Russian domestic politics. Yet, somewhat unexpectedly, it provides some interesting insights into possible directions of Russia’s foreign policy as well.  The report’s data show that a solid majority of Russians – regardless of age, geography and level of education – believe that their country is surrounded by enemies who seek to forcefully take over Russia’s resources and territory. Among these “enemies,” the United States in particular is considered the major strategic threat. Not surprisingly, the respondents overwhelmingly support Russia’s assertive foreign policy and the need for a strong army; they approve of an increase in military spending, even if this would limit state funding for health care, education and pensions.

Curiously, the external threat to Russia’s sovereignty was one of the major themes invoked by Vladimir Putin during his winter presidential campaign. Back then, many observers argued that the anti-American sentiments articulated by Putin the candidate represented no more than a tactical approach aimed at winning the “patriotic” vote.  Once back in the Kremlin, the thinking went, Putin would return to the more pragmatic foreign policy characteristic of his first two presidential terms.

The report’s findings, however, suggest differently. Far from being a transient trend, a foreign policy based on exploiting external threats and anti-western rhetoric may become a central piece of the regime’s whole political agenda, an “anchor” that would prevent further sliding of political support of the authorities by the citizens. The more disillusioned ordinary Russians become with the regime’s domestic policies, the more tempted the Kremlin would be to compensate for this disillusionment with conducting a muscular foreign policy.

Russia’s position on Syria may represent the most obvious manifestation of this approach. Last week, for the third time in the past nine months, Russia vetoed a U.N. Security Council resolution on Syria – proposed by the UK and backed by other Western countries – calling for international intervention to stop the escalating violence in the country.

There is no shortage of explanations of Russia’s support for the regime of Syrian president Bashar al-Assad. Some analysts remind us that Syria is a trusted buyer of Russian military equipment and also the host of a naval base in Tartus, Russia’s last military base outside the former Soviet Union. Others point to Russia’s ideological aversion to “humanitarian interventions,” which Moscow views as slightly veiled pretexts for toppling Western-unfriendly regimes. And there are also those who claim that Russia simply wants to “avenge” the West for the last year’s U.N. Security Council resolution on Libya, the resolution that Russia chose not to veto and then watched helplessly as the United States and its allies used it as an excuse to overthrowing the regime of Col. Muammar Gaddafi.

Obviously, all of the above is at play. And yet, Moscow’s behavior may be driven by far simpler and pragmatic consideration: at times when the productive cooperation with the West looks all but impossible, the best that Russia can do is to consistently confront the West. Given the domestic situation, the Kremlin would be foolish not to explore something that it still shares with its constituents: the image of the enemy knocking at the country’s door.