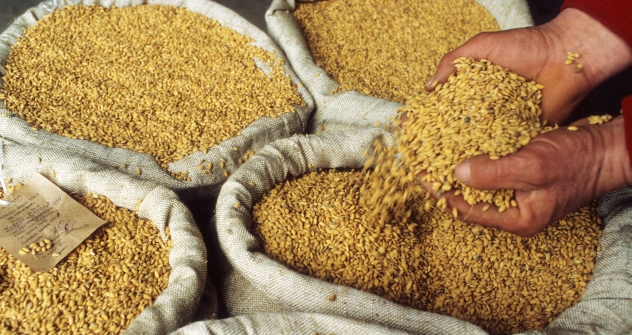 Drought conditions have dropped estimates of this year’s harvest, causing the Ministry of Agriculture to reduce its forecast for exportable wheat.

In early July, Russia’s Ministry of Agriculture drastically cut the forecast for the country’s gross grain harvest. This summer, Russian farmers will gather in 80-85 million tons of grain – significantly less than the 94 million taken in last year.

Much of Russia has been stricken by drought this year, and Arkady Zlochevsky, president of the Russian Grain Union, has noted that important grain-producing regions, including Kuban, Stavropol, Volgograd, Volga, Rostov-on-Don, Lipetsk, Penza, Ulyanovsk, Kurgan and Altai, have been among the hardest hit. “I don’t see major losses in other regions. The risk is there, but there is a chance to avoid them,” Zlochevksy said, adding that the harvest would depend on the weather.

Zlochevsky is optimistic that the ministry bureaucrats are just hedging their bets in estimating the total harvest; he believes the harvest will amount to 85 million tons and, considering the leftover stocks from previous harvests, the export potential will be about 18-20 million tons. Although this is less than last year, when the country exported more than 26 million tons, it is still better than 2010, when droughts and wild fires in Russia destroyed about a third of all the grain harvested and the country had to impose an embargo on grain exports.

Not all experts share Zlochevsky’s optimism. Oleg Sukhanov, head of the market analysis unit at the Institute for Agricultural Market Studies (IKAR), thinks Russia may gather in only 77 million tons of grain. And, Sukhanov said, “that is not the worst-case scenario.”

Despite the poor forecast for this year, Russia has ambitious plans for increasing its grain exports. The new edition of the national program for development of agriculture for 2013-2020, adopted in early July, set a target of a 115-million-ton grain harvest by 2020, which should bring Russia within reach of the United States, the traditional leader on the global grain market.

“We will export only half of what we exported last year. But this is not a long-term trend. Next season, Russia might have a good crop and again become a leader among world grain exporters,” Sukhanov said.

The latest reports from Russia could influence world prices. Although there is no acute grain shortage in the world, other major grain producers, including the United States, Ukraine, Kazakhstan and China, are experiencing some problems. Disappointing forecasts in these countries account for the current high grain prices, about $330 per ton of food wheat. Sukhanov believes global grain prices could rise by another 10 percent before the year is out.

Pavel Skurikhin, president of the National Union of Grain Producers agrees that both domestic and world grain prices are likely to increase throughout the rest of the year. However, Skurikhin does not believe that this will make a big difference in the prices of bread, meat and other staples because the share of grain in the end product is small. For example, in Russia, grain accounts for only 23 percent of a loaf of white bread.

So far, Russia has no antidote to drought. Even during the Soviet era, when the state devoted much attention to agriculture, the share of the fields with constant land reclamation was a meager 4 million hectares. Now the area of irrigated fields is even less, about 2.5 million hectares, even though Russia has 44 million hectares of land under spring crops this year. “The biggest losses are caused not by the weather, but by failure to comply with production rules in bad weather,” said Zlochevsky.