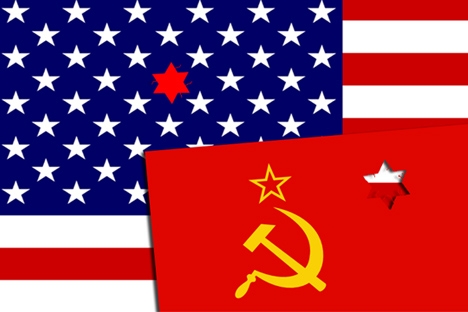 The failure of the U.S. Congress to take up legislation granting Russia permanent normal trade relation status before its summer holiday postpones the issue at least until 2013.

On Aug. 22, Russia will officially become the 156th member of the World Trade Organization, finally concluding its bumpy, 18-year-lon journey to membership in the world’s largest trade body. By accepting the WTO rules, Russia will significantly reduce import tariffs – from the current level of 9.5 percent to 6.0 percent in 2015 – allowing other WTO members to expand their presence on the vast Russian domestic market. Unfortunately, there will be one country that is going to miss on this opportunity: the United States.

The reason why the U.S. won’t be able to benefit from Russia’s membership in the WTO is the notorious Jackson-Vanik amendment. Adopted by the U.S. Congress in 1974, the amendment deprived the Soviet Union, and later Russia, of permanent normal trade relations (PNTR) status as a punishment for restricting Jewish emigration. Since then, the amendment has completely outlived its purpose, but members of Congress have refused to lift the amendment, considering it as a means of putting political pressure on Moscow.

Facing Russia’s imminent accession to the WTO, American business groups - supported by the Obama administration - lobbied Congress to repeal Jackson-Vanik and grant Russia the PNTR status. Doing otherwise, they argued, will allow Russia to discriminate against American companies which, as a result, will lose positions in Russia to Europeans and Asian competitors.

Only a short while ago, it appeared that the passage of the PNTR bill was imminent: the bill was approved by two high-profile congressional committees – the Senate Finance Committee and the House Ways and Means Committee – paving the way for a final vote in both chambers. But then last week, things rapidly unraveled: the House leadership decided that there was not enough time to bring the bill to the floor, and the Senate made it clear that it wouldn’t vote for the bill until the House voted first. Given that there are only eight congressional workdays left before the November elections, and given that the lame duck Congress in November/December is unlikely to take up the PNTR bill at all, this delay essentially keeps the Jackson-Vanik amendment on the books until after new Congress convenes in 2013.

Congressional observers pointed out that crucial to the demise of the PNTR bill were attempts to link its passage to the simultaneous adoption of the so-called Magnitsky bill, a piece of legislation punishing Russian officials for alleged violations of human rights. Two different versions of the Magnitsky bill, S. 1039 and H.R. 4405, were considered by the Senate and the House, respectively, and there was not enough time – nor enough good will – to reconcile the differences between the two versions before the August recess. Yet, it is also obvious that many lawmakers, especially members of the Republican caucus, opposed repealing the Jackson-Vanik amendment on principle – regardless of the Magnitsky bill – arguing that the PNTR bill would be a gift to Russia, the gift that Moscow clearly doesn’t deserve given its “unaccommodating” position on Syria.

The Republican leadership in the House blamed President Obama for insufficient lobbying for the PNTR bill, and they might have a point. From the very beginning, the Obama administration has opposed the Magnitsky bill, arguing that its adoption will damage U.S.-Russia relations. When the White House realized that the passage of the “clean” PNTR bill was impossible, it reluctantly agreed on the addition of the Magnitsky bill language to the trade legislation. However, it would appear that the administration is pretty comfortable with the current stalemate: the adoption of the Magnitsky bill is indefinitely postponed, and the Democrats will make the failed PNTR bill an election issue by portraying the Republicans as hostile to the interests of U.S. businesses.

The inability of the U.S. Congress to pass the PNTR legislation creates a new political reality for Russia: by acquiring a legal right to punish American companies, Moscow gets the rare opportunity to have an upper hand in its stormy relationship with Washington. Hopefully, Russia will wisely protect the interests of its trusted and unfailingly supportive long-term corporate partners, including Boeing, Caterpillar and Microsoft. On the other hand, by refusing to reduce tariffs for American exporters, Russia may be able to drive out of business a couple of large U.S. food producers, a temptation it may not be able to resist.

In addition, the Kremlin should learn some lessons from the recent visit of a delegation of the Russian Federal Council in Washington. Widely ridiculed in the U.S. media and berated by pundits, the visit may have been more successful than the supporters of the Magnitsky bill would be willing to admit. The speed with which the Magnitsky bill lost steam in Congress suggests that some lawmakers began questioning which American interests will be served by adopting a legislation bearing the name of a foreign national who may have committed serious crimes in a foreign country. The Kremlin should re-double its efforts to investigate financial activities of the major driving force behind the bill, Hermitage Capital CEO Bill Browder. The more information about Browder becomes available to the public, the less chance that U.S. Congress will ever come back to the Magnitsky bill.