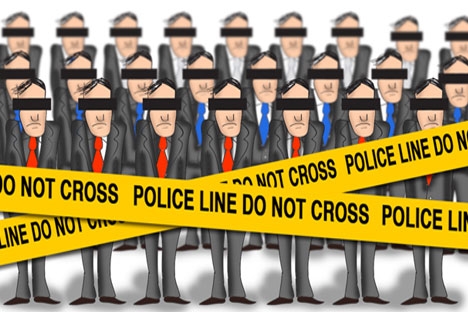 The new legislation is less about human rights than about the desires of the anti-Russian lobby in the U.S. to treat Russia as an inferior partner.

A piece of legislation is moving through the U.S. Congress. If adopted, it’s likely to further damage U.S.-Russia relations and, as some analysts predict, may even serve as the fatal blow to the Obama administration’s policy of “reset” with Russia.

The legislation in question, the Magnitsky bill, bears the name of Sergei Magnitsky, a tax attorney who died under suspicious circumstances in police custody in Moscow in 2009. After accusing a number of Russian law-enforcement officials of embezzling funds from the state treasury, Magnitsky was arrested and held in detention without trial for almost a year. While in prison, Magnitsky repeatedly complained of worsening health conditions, but received no medical treatment.

It’s hard to see how American national interests were damaged in the Magnitsky case. Yet last year, Sen. Ben Cardin (Democrat-Maryland) introduced a bill, S. 1039, that would deny U.S. visas to and freeze financial assets in the U.S. of Russian officials implicated in Magnitsky’s death. This spring, a similar bill (H.R. 4405) was introduced in the House of Representatives.

From the very beginning, the Obama administration has been opposed to the Magnitsky bill, arguing that it would negatively affect U.S.-Russia relations. In a preventive measure of sorts, the State Department composed its own list of 60 individuals related to the Magnitsky case whose entry in the U.S. would be banned. With this list in place, the White House claimed that the Magnitsky bill was “redundant.” In a parallel track, the administration put pressure on the bill’s major sponsor, Sen. Cardin. This has worked: recently, Cardin came up with a modified version of the bill addressing some of the administration’s concerns. In particular, the updated version makes it more difficult to add names to the list of human right violators that the bill would create. The major contentious point is the identity of the people on the Magnitsky list: the State Department doesn’t want to disclose names of individuals it would ban from entering the U.S., while the Magnitsky bill would make the names of the “offenders” public. Now, the White House is actively pushing for a provision in the bill that would allow the State Department keep some names on the list confidential on the ground of “national security interests.”

In recent weeks, the Magnitsky bill has come to the forefront of congressional attention – the reason is Russia’s upcoming accession to the World Trade Organization. Congress has to respond to Russia’s WTO membership by passing legislation granting Russia permanent normal trade relations (PNTR) status. Failure to grant Russia PNTR status will hurt the interests of U.S. multinational corporations, which risk losing business in Russia to their European and Japanese competitors.

The situation looks especially peculiar in the House of Representatives, where the Republicans hold a majority. On June 7, the Foreign Relations Committee of the House approved its version of the Magnitsky bill, clearing the way for the bill to be taken up by the full House. Characteristically, Committee Chairman Ileana Ros-Lehtinen (Republican–Florida) has so far refused to schedule a hearing on the PNTR legislation. It is therefore possible that the House will adopt the Magnitsky bill without repealing the Jackson-Vanik amendment, a scenario that would be a nightmare for the White House.

In the Senate, with the Democrats in majority, events are developing more favorably to the administration. Recognizing political realities on the ground, Sen. Max Baucus (Democrat-Montana), whose Senate Finance Committee is in charge of passing the PNTR legislation, has proposed to link both bills: to pass the PNTR legislation – while simultaneously repealing the Jackson-Vanik amendment – along with passing the Magnitsky bill. This approach looks increasingly like a winning proposal, especially since Baucus secured the support of Sen. John McCain (Republican-Arizona), the leading anti-Russian voice in the Senate.

Meanwhile, on June 19, the Magnitsky bill was expected to be considered by another profile Senate committee, the Senate Foreign Relations Committee. This hearing was postponed, and there were attempts in the Russian media to attribute the delay to the meeting between U.S. President Barack Obama and Russian President Vladimir Putin on the sidelines of the G20 summit in Los Cabos, Mexico. These speculations are completely ungrounded: the hearing delay was requested by a member of the committee who wanted some additional time to review the bill.

When speaking with journalists in Los Cabos, Putin downplayed the significance of the Magnitsky bill. This is exactly the right approach. The Magnitsky bill is not about human rights or corruption in Russia: it is about continued attempts by the anti-Russian lobby in America to humiliate Russia, to show it that it will never be treated as an equal partner to the U.S. The less Moscow pays attention to the bill, the sooner its uselessness will become obvious, even to its most ardent supporters.