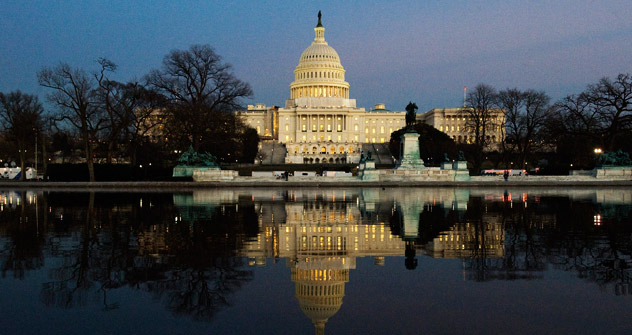 As the U.S. Congress gets closer to vote a blacklist of officials called the Magnitsky Bill, Russia has become more vocal in its opposition.

A recent statement from Russia’s Deputy Foreign Minister Sergei Ryabkov that Moscow's response will be harsh and “very tough” if Washington adopts the Magnitsky bill - which comes up for a vote on June 19 - indicates that relations between the countries may face a rapid deterioration.

Russian Presidential Aide Yury Ushakov has also described the bill as unacceptable.  Last week, Ushakov said that a response will come from Russia immediately if the U.S. Congress votes in favor of the Magnitsky bill. “If there is no law, there will be no responsive measures and the relations will become better,” he said, encouraging U.S. lawmakers to think twice before voting on the measure.

Contrary to the harsh rhetoric from government officials, some experts argue that the Magnitsky bill, if adopted, is hardly likely to seriously affect U.S.-Russia bilateral relations.

“This will make our relations worse, but the damage won’t be catastrophic because Russia and the U.S. also have a positive agenda,” said Sergei Markov, rector at the Plekhanov Russian University of Economics and a member of the Public Chamber of Russia.

Markov pointed out that Russia and the U.S. work together on a number of important issues, such as combating terrorism and drug trafficking and will undoubtably continue this cooperation. “We also need to develop our economic relations,” said the analyst.

Markov believes that Presidents Barack Obama and Vladimir Putin have the potential to develop good personal relations. “Putin had the opportunity to receive evidence that Obama keeps his word. Putin values this most of all,” the analyst said. Markov thinks that Obama, in turn, respects Putin’s leadership potential.

Maksim Grigoryev, president of the Foundation for the Study of Problems of Democracy, also believes that U.S.-Russian relations will improve relatively soon, at least after the U.S. presidential elections, should Obama win a second term. Grigoryev thinks that the discussion around the Magnitsky bill is all about political PR. “It is important for Obama to present himself as a strong man on the international arena and neutralize the Republican Party's attacks that he is not hard enough on Russia. For Republicans, it is important to show that they fight against totalitarianism in Russia,” said Grigoryev. “This is a PR move for both the Republicans and Obama.”

Both analysts think that Russia has a right to be upset over the Magnitsky bill.

“First, I think that there is an attempt to violate our sovereignty. Second, there is a violation of the presumption of innocence,” said Markov.

Grigoryev, in turn, said: “This is an obvious attempt to influence political situation in Russia. Of course, Russia as a sovereign state will perceive it as an anti-Russian lunge.”

They also believe that Russia will be pushed to propose its own blacklist in response. “Russia will come up with similar initiatives,” said Grigoryev.

Markov thinks that a Russian blacklist will affect those who pushed the legislation. “I think that those people who were directly involved in writing the Magnitsky list will be restricted from entering Russia. They want to lecture Russia. Well, they won’t have this opportunity any longer,” Markov said.

The Magnitsky Bill for  the Jackson-Vanik amendment

In mid-March, a group of influential U.S. senators proposed a blacklist of Russian officials allegedly linked to the death of Hermitage Capital lawyer Sergei Magnitsky in a Moscow pre-trial detention center. The proposed legislation, known as the Magnitsky bill, would impose travel and financial restrictions on several dozen Russian officials suspected of involvement in the death of the anti-corruption lawyer in November 2009.

The move came as the U.S. Congress was facing a difficult decision over the Jackson-Vanik amendment, which has restricted trade between the United States and Russia since 1974. Although many senators continue to support the amendment, the rule would harm U.S. companies once Russia accedes to the WTO – a move expected later this year. Now the Magnitsky bill has been proposed as a replacement for Jackson-Vanik. This initiative is expected to be approved no later than the beginning of August.

“Enactment of the Magnitsky bill would most likely sour relations between Washington and Moscow further, although probably temporarily. The Kremlin is doing what it can to pressure the American government to drop it, including with threats of retaliation. However I suspect the issue would recede soon after.

Moscow's threats aren't normal international practice. They're a throwback to the Soviet era, motivated by the belief that to be feared is to be respected in the world. They're also self-defeating. The White House is bending over backwards to water down the bill, an attempt to take at least symbolic action over a horrific crime that symbolizes the corruption in and political control of the Russian legal system."

Washington's reset policy appears unchanged; I believe the White House would welcome cooperation with Russia if it's forthcoming. However, President Putin seems to have settled for now on a policy of obstruction and anti-western rhetoric that is partly a response to the recent protests against him. Although his line may change, for the time being it seems the hard line.”