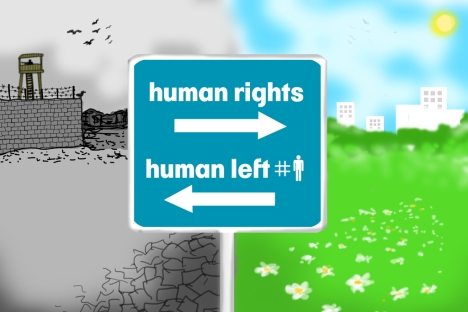 More and more it is becoming clear that for the Jackson-Vanik amendment to be lifted, something must be put in its place to remind Russia that the U.S. will never see it as an equal partner. Many see the Magnitsky Bill as a viable replacement.

I wonder how many members of the U.S. Congress have heard of Adam Montoya. In 2009, Montoya was sentenced to a prison term for counterfeiting commercial checks and credit cards. Shortly after arriving at the Pekin, Illinois, federal penitentiary, Montoya began complaining of abdominal pain.  For nine days, he pleaded with his guards to take him to the doctor; they refused and instead gave him Tylenol. On the evening of Nov. 12, 2009, Montoya reported having trouble breathing; a prison staffer promised to get him help the next day. But next morning, Montoya was found dead in his cell. The autopsy showed that he had died of internal bleeding caused by a burst spleen. Last year, the U.S. Department of Justice denied a wrongful death and personal injury claim filed by the Montoya family.

The Montoya case is unlikely to reach Capitol Hill.  Our lawmakers have no interest in the death of an “ordinary” victim of the U.S. criminal justice system; they prefer instead high-profile cases in distant countries.  Take, for example, that of Sergei Magnitsky, a tax attorney who died under suspicious circumstances in Russian police custody on Nov. 16, 2009 (what a sad coincidence!). After having accused a number of Russian law-enforcement officials in the embezzlement of funds from the state Treasury, Magnitsky was arrested and kept in detention without trial for almost a year.  For five days prior to his death, Magnitsky had complained of worsening stomach pain, but received no medical treatment.

No American interests were damaged in the Magnitsky case, but this didn’t prevent Sen. Ben Cardin (Democrat-Maryland) from introducing, last May, of the “Magnitsky bill” (S. 1039).  The bill would deny U.S. visas to Russian officials implicated in Magnitsky’s death and also freeze their financial assets in the United States. Last week, a similar bill (H.R. 4405) was introduced in the House of Representatives by James McGovern (Democrat-Massachusetts).

Expressing concerns that the adoption of the bill would hurt U.S.-Russia relations, the Obama administration took a preventive step: last summer, the State Department composed a list of 60 individuals related to Magnitsky’s death whose entry in the U.S. would be prohibited; the administration then argued that the composed list would make S. 1039 “redundant.” In addition, the White House wrote a memo highlighting multiple shortcomings of the bill. In particular, it was argued that the criteria for placing names on the “Magnitsky list” were so ambiguous that it would set a bad precedent for how the United States deals with human rights cases around the world.

Lavrov picks a fight over trade

In recent weeks, the Magnitsky bill returned to the focus of congressional attention; the reason is Russia’s upcoming accession to the World Trade Organization. Discussion is underway in Congress on what to do with the Jackson-Vanik amendment, the notorious relic of the Cold War that still deprives Russia of the permanent normal trade relations (PNTR) status as a punishment for a policy restricting Jewish emigration from the Soviet Union in the 1970s.  The Obama administration wants the amendment to be lifted, arguing that with Russia in the WTO, not granting it PNTR status will hurt interests of American businesses.  While agreeing with the White House that the amendment should go, many in Congress refuse to just repeal it; they insist that something else should be put in place to hold Moscow accountable for what they habitually call “human-right abuses.”  A consensus is growing that the Magnitsky bill must be adopted first, followed by the repeal of the Jackson-Vanik amendment and granting Russia PNTR status.

Interestingly, the Obama administration’s original opposition to S. 1039 seems to be gradually morphing into almost enthusiastic support – a change of heart driven by the Department of State and personally Secretary of State Hillary Clinton. Appearing before Senate Foreign Relation Committee in February, Clinton called again for lifting the Jackson-Vanik amendment, but stressed the “need to send a clear, unmistakable message to Russia that we care deeply about rule of law in Russia.” Clinton then suggested that Cardin could work with the White House to “achieve both goals.” Recently, Cardin came up with a modified version of the bill; the new version makes it more difficult to add names to the list of human right violators the bill would create.  Incidentally, the House version of the bill, too, takes into account a number of concerns articulated in the White House’s memo of last year.

Reiterating Moscow’s known opposition to the bill, Russian Ambassador to the United States Sergei Kislyak warned Congress that passage of the bill could “impair the ability” of the United States and Russia to work together on important issues.  He also promised that there would be “significant reaction” in Russia to any attempt to link the PNTR status with the subject of human rights in Russia.  As the adoption of the Magnitsky bill looks imminent, the Kremlin should start thinking what precisely this “reaction” will be.