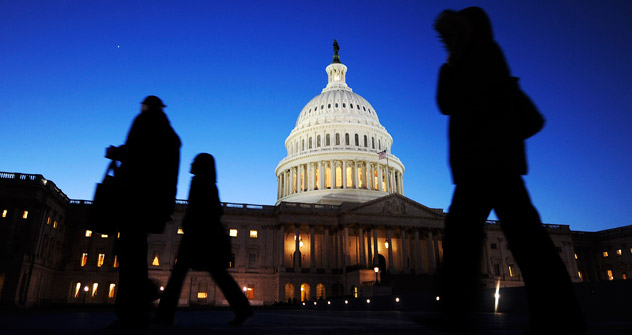 On Capitol Hill yesterday, the Senate listened to animated testimony on whether to lift an outdated Jackson-Vanik amendment — and if so, how.

It is still unclear clear whether the Obama administration will convince Congress to lift the decades-old law and if so on what terms.

The Jackson-Vanik amendment was adopted in 1974, when it linked restrictions on trade with the right of Jews to emigrate from the Soviet Union.  That issue has been dead since the collapse of the U.S.S.R., if not before. Some lawmakers and analysts believe lifting the amendment could be a boon for U.S.-Russia trade.

Senate Finance Committee Chairman Max Baucus (D-Mont.), said that lifting the provision could double U.S. exports to Russia. And Anders Aslund, a senior fellow at the Peterson Institute, said that that exports could increase to $20 billion annually in five years.

Edward Verona, the president and CEO of the U.S.-Russia Business Council, which supports repeal, said about 50,000 U.S. jobs depend on trade with Russia and those numbers could be significantly boosted by more open trade.

However if the Jackson-Vanik amendment is still on the books by the time Russia officially joins the World Trade Organization this summer, U.S. companies will find themselves at a disadvantage in the Russian market. Unlike competitors from other countries, they will not be protected by WTO rules and Moscow could choose to retaliate against American companies with tariffs and other barriers.

The American business community with interests in Russia has been actively lobbying the U.S. Congress for months; the administration has also become animated in its support of lifting the restrictions. “It really needs to happen before Russia joins WTO otherwise American companies will be penalized,” Philip Gordon, an assistant secretary of state, told RBTH on the first day of senate hearings.

Last week, during a meeting with U.S. business leaders, President Barack Obama emphasized that granting PNTR to Russia is necessary for American companies to benefit from Russia's entry into the WTO.

In Congress, however, there is a sense that the United States shouldn’t repeat mistakes it made with China, according to Jeffrey Mankoff of the Washington, D.C.-based Council on Foreign Relations, a private think tank. “Beijing’s entry to the WTO in the early 2000s didn’t result in the resolution of several important trade issues such as intellectual property rights, piracy, tariff policy and human rights concerns,” he said. “After graduating China from Jackson-Vanik, some in Congress thought America had lost effective leverage over Beijing.”

You Shall Love Your Enemy

The amendment that came in from the Cold War

Sharp differences between Moscow and Washington on the situation in Syria and U.S. concerns about human rights in Russia do not encourage U.S. lawmakers to “make concessions to Russia,” he added.

A recent report prepared by the Washington, D.C.-based Bipartisan Policy Center urges Congress “to enact legislation that graduates Russia from Jackson-Vanik,” but also argues for the promotion of human rights and civil society in the country.

Some Republican and Democratic lawmakers also want to link the trade issue issues of human rights and corruption in Russia to the passage of the Sergei Magnitsky Rule of Law Accountability Act of 2011, named for the anti-corruption lawyer who died in a Russian prison more than two years ago.

The Magnitsky Bill is intended to put dozens of Russian officials along with their relatives on a U.S. visa ban list as well as to freeze their assets in American banks. If it is adopted it will inflame U.S.-Russia relations, and invite retaliation from Moscow. David Kramer, executive president of the democracy and human rights watchdog Freedom House, who will be testifying on Jackson-Vanik on Capitol Hill, told RBTH that the “only way to lift Jackson-Vanik is to link it to passage of Magnitsky.”

The Obama administration has stated that it doesn’t want the Magnitsky bill to pass; separately, it has already put several Russians on a non-public visa blacklist.

Presidential politics could also delay resolution of the issue. Mankoff said Republicans have no incentive to repeal Jackson-Vanik now. “But at the end of the day I think economic sense will prevail and perhaps sometime after the November elections PNTR [permanent normal trade relations] will be provided to Russia,” he said.

Alexander Gasyuk is the Washington, D.C. correspondent for Rossiyskaya Gazeta