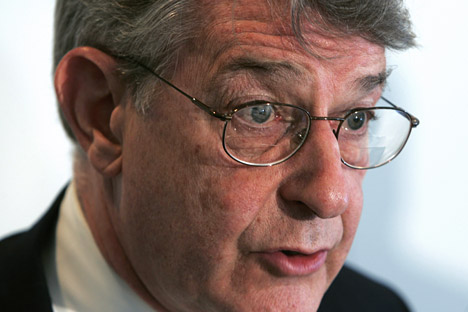 The U.S. may not be able to establish “normal trade relations” with Russia until 2013

Attempts to cancel the notorious Jackson-Vanik amendment have been postponed indefinitely. The U.S. Congress is set to begin its summer recess next week and a bill to authorize normal trade relations with Russia is not on the schedule, which means that the issue will not be addressed until 2013 at the earliest – after the presidential elections. According to sources within Congress, the Obama administration has been intentionally pushing back the repeal of the amendment in order to avoid souring relations with Moscow over the adoption of the “Magnitsky Bill” ahead of the US vote.

Representatives of leading U.S. business groups have been trying desperately to convince Congress of the urgent need to abolish the Jackson-Vanik amendment. “Any delays will primarily hit American exporters,” said Daniel O’Flaherty, vice president of the National Foreign Trade Council (NFTC). U.S. business association USA Engage, which brings together 670 companies as well as the Chamber of Commerce, also appealed to Congress asking to accelerate the passage of the bill to establish “a regime of normal trade relations with Russia.” Business groups are confident that after Russia joins the WTO, U.S. exports to the country (which totaled $11 billion last year could double or even triple, while delays in repealing “the outdated law” will lead to U.S. companies losing commercial opportunities in the Russian market.

A bill to rescind Jackson-Vanik has been approved by key committees in both the Senate and the House of Representatives, but the proposals will not become before the full membership until there is an agreement over the Magnitsky Law. The House has approved a version of the bill that imposes visa sanctions and freezes the assets of corrupt Russian officials, but some members of the Senate have suggested broadening the law so that officials from other countries can be held accountable for human rights violations.

The Jackson-Vanik amendment was a provision passed by the U.S. Congress in 1974 imposing trade restrictions on the Soviet Union for prohibiting Jews from emigrating to Israel. The amendment is still officially in force, although Congress has frozen it each year since 1989.

But time has run out for an agreement to be reached. Congress leaves for a five-week recess on Aug. 6, and the September schedule allows only for 8 legislative days. “If the bill to scrap the amendment is not debated this week,” O’Flaherty said. He added that, since many unresolved issues usually pile up in the period between the congressional elections in November and the start of its work in January, Congress will not return to the Jackson-Vanik amendment bill until 2013. O’Flaherty is concerned that European and Asian rivals will use the time to oust U.S. companies from the positions they now hold on the Russian market.

David Thomas, vice president of the Business Round table association, confirmed that talks with legislators had so far been fruitless. “We still hope to convince legislators to put the issue to a vote,” he said.

Sergei Magnitsky, a lawyer for the investment firm Hermitage Capital, was charged with corporate tax evasion and died while in pre-trial detention in Moscow on Nov. 16, 2009. In response to the public outcry over his death, U.S. Senator Ben Cardin (Democrat-Maryland) put together the Magnitsky list, which would ban all Russian officials allegedly implicated in the case from the United States.

Meanwhile, sources within Congress are positive that discussions are being delayed because of the White House’s position on the matter. This administration has repeatedly stressed that it attaches great importance to lifting the Jackson-Vanik amendment, but it is equally aware that the simultaneous passage of the Magnitsky Law will inevitably fuel tensions with Moscow – definitely not something Obama wants ahead of the November elections.

“The U.S. administration finds itself in a difficult position,” said Igor Zevelev, a political analyst who specializes in U.S.-Russian relations. “Since Obama cannot openly oppose the Magnitsky Bill for fear of appearing indifferent to human rights violations, delaying the repeal of the amendment may just as well be the lesser of the evils and the better option for the U.S. administration: it shifts the burden of responsibility onto Congress somewhat.”