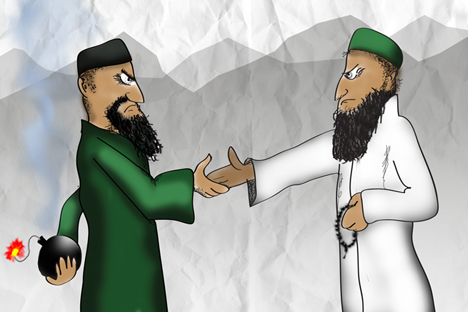 The murder of Sheikh Said Chirkeisky, which recently took place in Dagestan, is Russia’s most devastating terrorist attack of the last decade. The gravity of this assassination can only be comprehended by someone who is familiar with the situation in the Caucasus and understands that the aftermath of this killing will come to overshadow even the notorious Moscow metro blast.

First of all, one needs to understand who Said Chirkeisky really was. He was not an official, not a parliament member, not a functionary; he had no official status at all. Yet he was a symbol of traditional Islam: the Sheikh headed the biggest Sufi order in the Caucasus and had an estimated 130,000 murids (followers). To follow their Sheikh meant more to Said Chirkeisky’s students than to recognize the spiritual greatness of their teacher; murids treat their Sheikh as a god. The water in which their Sheikh washes is of great value; it is preserved and drank, for they believe that it has the strongest healing powers in the world. A person granted a face-to-face meeting with the Sheikh will tell his children, grandchildren and great-grandchildren about it. If the Sheikh tells a murid "kill", he will kill, and if he tells him "die", he will die.

Nearly all other sheikhs in Dagestan were blessed by Said Chirkeisky- this is called "silsila", a transfer of spiritual grace that is analogous to Christian ordainment. His murids include nearly all of Dagestan’s elites - ministers, academics, billionaires. The official Spiritual Directorate of Dagestan was under his complete control. His murids head all the Islamic media projects in Dagestan and many in Moscow. During the campaign against Wahhabism, local police officers would come to homes of "doubtful ones” and tell them: take a wird from the Chirkei Sheikh (accept him as your spiritual guide), and we will ask you no more questions.

Traditional Islam is a fusion of political, economic and spiritual powers, led by a regular pensioner, Said Abdurakhmanovich Atsaev, who worked almost all his life as a watchman at a power plant. Wahhabism or, to use the correct term, Ahle Sunnat Wal Jama'at, is an alternative to the traditional Islam of Dagestan. Traditional Islam is popular mysticism that encourages faith in the blessedness of sheikhs, or, the holy people. Wahhabism refers to the Islamic Reformation, a return to the source and the cleansing of faith from layers of folklore.

Wahhabism has challenged traditional folklore mysticism in the Caucasus, in the same way the European Reformation threw down the gauntlet against the almighty Catholic Church 500 years ago.

In the wake of the first Chechen War, laymen still believe that, in the Caucasus, separatists are fighting federal troops; but, in reality, the focus of this struggle is the clash of faiths, pure Islam versus Sufism. Meanwhile federal troops ... well, consider them a prop for the latter.

Said Chirkeisky invested all of his substantial resources into preserving the monopoly of traditional Islam in the country. Religious dissent had been eradicated in Dagestan; there was a time when the country's Ministry of Interior was responsible for monitoring the way people prayed, because the minister, a murid of Said Chirkeisky's, considered this to be his holy duty. Dagestan is the only constituent of the Russian Federation where religious dissent is an administrative offence punishable by up to 15 days in jail. That is the law; but Caucasian reality is much harsher than any draconian laws. The propaganda machine convinces laymen that Wahhabites kill their opponents whereas, in reality, both sides resort to terror. Traditional Islam believers have also eliminated spiritual leaders of the opposing party.

A few years ago, Dagestan developed an understanding that escalation would lead the country nowhere. The secular part of society realized that it was just a tool in the hands of Sufi institutions. "Peaceful Wahhabites" emerged at that time (they did not recognize Sufi sheikhs, but were not going to take up arms). The idea of pursuing a war until the enemy surrendered unconditionally had been gradually ousted by two concepts: these two versions of Islam might co-exist and armed conflicts might eventually be replaced with ideological warfare.

Official institutions started isolating themselves from Sufi orders, while "peaceful Wahhabites" began acquiring legal status. Yet there were powers on both sides that defied change. Armed militants accused their peaceful adherents of treachery and cowardice, while the Sufi spiritual directorate was puzzled as to why government plates were not available for their cars. Islamic Councils did not realize that they were not official authorities. With moans and groans, the negotiations went on slowly, encouraged by the National Counterterrorism Committee of Russia. A commission was established to socialize militants who were willing to get back to a normal life; they started recognizing Wahhabite imams, they ceased to perceive informal Sharia courts as gangs, and Sufi sheikhs started taking part in the same events alongside ideologists of Islamic fundamentalism.

This is the moment in which a blast took the life of Said Chirkeisky, leader of Islamic traditionalists.