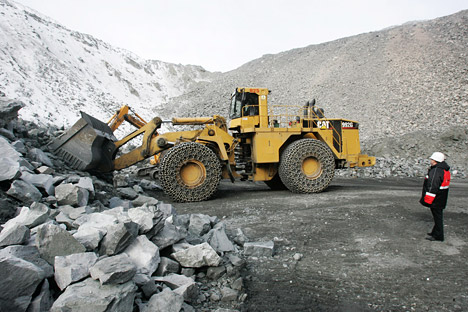 The automotive sector was the most popular among investors, drawing 90 investment projects. Source: PhotoXpress

Russia was the premier destination for investment in Central and Eastern Europe in 2011, but concerns remain about the country’s bureaucracy, ineffective legislation and lack of business regulation transparency.

Despite a low ranking – 120th place – in the 2011 Doing Business investment appeal ratings and more than $80 billion of capital outflow, Russia did not seem to be a bad option, in comparison to the problems of the global economy. Where foreign direct investment (FDI) worldwide rose 16 percent to more than $1 trillion, FDI into Russia grew 22 percent up to $53 billion. In 2011, according to an Ernst &  Young report, Russia was the premier destination for investment in Central and Eastern Europe.

The Ernst & Young Russia Appeal Survey combined analysis of statistical data  with a survey of 208 global executives, 135 of whom do business in  Russia. According to the survey, 19 percent of international investors  considered Russia to be one of the most attractive regions of the world; this was up 8 percent from the previous year’s results. Russia was ahead of Brazil and  followed closely behind India and North America in terms of investment appeal. According to the survey, the country's most attractive features included its natural resources (43 percent of those polled), growing domestic consumer market (19 percent) and high level of education (10 percent). However, weaknesses were noted in Russia's enduring reputation as a country with a difficult environment for doing business. The top three improvements investors would like to see in Russia are more effective legislation (53 percent), less bureaucracy (47 percent), and better transparency for business regulation (37 percent).

The survey further revealed that manufacturing remains at the heart of Russia's appeal, accounting for 51 percent of investment projects and 92 percent of jobs created between 2007 and 2011. Russia's biggest cities, Moscow and St Petersburg, accounted for 42 percent of all projects, followed by the Kaluga and Nizhny Novgorod regions. The automotive sector was the most popular, drawing 90 projects; the food sector recorded 86 projects, and machinery and equipment - 62. According to the survey, investments may become more diversified in the future. Nearly 39 percent of investors expect mining, oil and gas sectors to attract most of the FDI over the next two years. Investors also mentioned information and communications technologies (ICT) quite frequently (20 percent of respondents), followed by energy and utilities, agriculture, consumer goods, and the automotive sector.