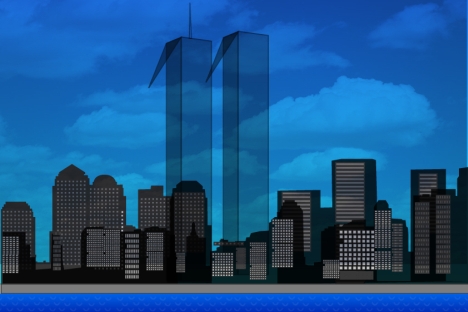 Not only did the wars launched in the aftermath of the Sept. 11th attacks fail to make the world safer, they may have made it more dangerous.

Sept. 11, 2001 is to forever remain one of the most significant milestones in the American history. And not only history: the very fabric of American society abruptly changed on that fateful day.

The rest of the world – while fully appreciating the scale of the terrorist attack that took lives of almost 3,000 people and caused $100 billion in property damages and other losses - considered 9/11 as a criminal act. But in the view of Americans, what happened on the second Tuesday of September 2001 was more than that. It was an attack on American values and ideals, an assault at the very core of the American way of life. They didn’t want to just prosecute the criminals. They wanted to fight back; they wanted to go to war with this new mortal enemy.

A triumph of willful ignorance

The real roots of terror

Then-U.S. President George W. Bush was quick to grasp this sentiment and to use the occasion of the 9/11 to turn around his young, but already troubled presidency. The invasion of Afghanistan that began on Oct. 7, 2001 was met with a stunning 88 percent approval rate in the U.S. The world’s reaction was somewhat uneven, yet major U.S. allies, such as the UK, Canada, France and Germany supported the military strike.

But overturning the Taliban and chasing al Qaeda out of Afghanistan – or even capturing or killing Osama bin Laden – wasn’t exactly what Bush had in mind. With an administration packed with career neo-conservatives, he was setting his sights on a larger goal: to re-design the whole world to Washington’s liking. The Middle East was the place to start, and Bush’s personal nemesis, Iraqi president Saddam Hussein, was the natural first target.

The invasion of Iraq, launched in March 2003, destroyed the fragile national unity that had been formed in the wake of the 9/11. Slightly more than half of the American population supported the military action in Iraq at its outset, but even this tentative support soon evaporated: By June 2005, almost 60 percent of Americans told pollsters that the war should not have been fought in the first place. The war in Iraq also put a strain on U.S. relations with France, Germany and Russia. Although those with France and Germany were eventually patched up later on, the bitter disagreements over the Iraq war still poison Washington’s relationship with Moscow.

The 11th anniversary of the 9/11 gives Americans another chance to reflect on whether any gains in national security have been achieved as a result of two wars, which – considering that the one in Afghanistan still going on – lasted longer than the Civil War and World Wars I and II and have cost the country more than 6,000 deaths and over $1.3 billion in treasury.

It’s also time to reflect on whether we’re learning anything from what happened after the 9/11. One would think that the utter mess that followed the end of major military operations in both Afghanistan and Iraq would ensure that no world power goes on war in any part of the globe without conducting a thorough post-war recovery planning. Alas. Last year, NATO launched a military strike at the central authorities in Libya in order to remove Libyan leader Muammar Qaddafi from power. The result of this “success” has been a de facto fragmentation of the country, a development whose long-term geopolitical consequences are impossible to forecast. And these days, the same folks in Washington, who just a few short years ago promised us that the removal of Saddam Hussein from power would usher the era of “peace and stability” in Iraq and around the Middle East, demand a military intervention in Syria, arguing – incredibly as this might sound – that this is the only way to prevent the civil war in the country.

What happened on Sept. 11, 2001 still matters today – to the U.S. and to other countries as well. Are we smart enough to learn all important lessons from just one 9/11?