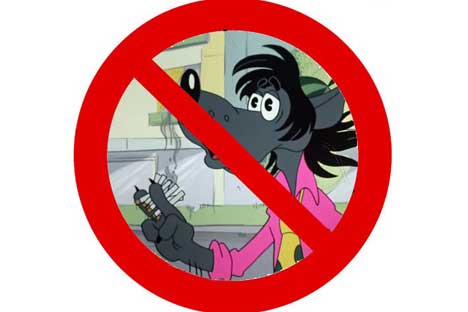 The couple that surfs together stays together, and that is why I make sure that HRH (my handsome Russian husband) and I start each day with some quality surfing time.

“Holy Crabby Patties!” I splutter, sitting up suddenly. HRH, with a practiced and deft maneuver reaches over to remove my coffee mug and prevent major flooding.

“The Ukrainian government is going to ban Sponge Bob from TV because they say he’s a threat to traditional family values.”

“Our Sponge Bob?” asks HRH in confusion, “the one with the square pants? What’s wrong with him?” Our daughter Velvet has long since graduated to Gossip Girl, but not so long ago, each school day began with breakfast accompanied by “multiki” or cartoons, including Sponge Bob.

Poor old HRH, he really does live in a bubble.

HRH takes a long strengthening sip of my coffee.

“The yellow guy who lives under the sea?” he says evenly.

“Yes, with his buddy the pink…get it pink…starfish and his driving instructor Mrs. Puff?? Duh….”

“And you let Velvet and me watch it?”

“Well, but she was incapable of waking up without it,” I argue, “and anyway, I don’t think it was a deliberate attempt to create some insidious subtext...”

HRH switches on the television and surfs until he alights on an episode of the classic Soviet multik, “Nu, pogodi!” (“Hey, Wait Up!”).

The power of time zones

“Now that, Petrovna,” he says, pointing to the anti hero Volk (wolf), puffing on a paparossi, luring innocent Zayets (hare) into another complicated situation, “is a cartoon. Straightforward message, funny situations – perfect. Our multiki are really the epitome of multiki.” Yet our favorite wolf and hare are also in the news right now; a new law in Russia will limit - through time slots or editing - the vices children can be exposed to. Apparently, “Volk” just has too many bad habits, and this news is also somewhat vexing to HRH.

One of the many secrets to a happy, cross-cultural marriage is to leave volumes unsaid. So I don’t make the obvious observation that “Nu Pogodi!” owes more than a little to Wile E. Coyote and Road Runner. I refrain from any mention of the Soviet Union’s “Vinnie Pukh.”

And I steer the conversation away from the real third rail: A comparison the Soviet version of “Jungle Book” called “The Adventures of Mowgli” which, can I just say, takes a lot of liberties with Kipling’s storyline. That way lies divorce. Russians refer to “Our Mowgli” in the same tone they do “Our Kuril Islands.”

Another thing I’ve learned: I no longer challenge HRH to the perennial “Who Makes a Better Garfield Voiceover: Bill Murray or Oleg Tabakov” duel. I lose.

Jennifer Eremeeva is a a freelance writer and longtime resident of Moscow. She is the curator of the culinary blog, www.moscovore.com, and the humor blog www.russialite.com.