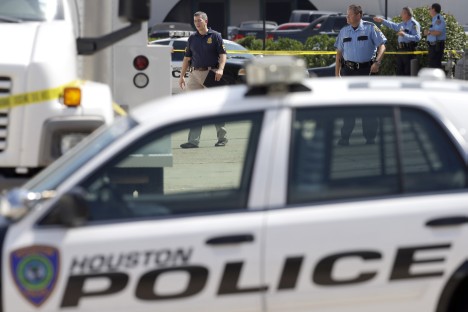 Last week the New York Field Office of the Federal Bureau of Investigation (FBI) and the Brooklyn-based U.S. Attorney’s Office brought charges of illegal export of military technology against eight businessmen they had detained, among which were Russ

Russia's Foreign Ministry does not see a political agenda behind the recent arrests of “Russian spies” in the United States, but experts remain skeptical.

Russia's Foreign Minister Sergei Lavrov has denied any connection between a group of “Russian agents” being detained in the U.S. and the ongoing American presidential campaign. Russian experts, however, have thrown out the possibility of coincidence and stick to their opposing views.

Last week the New York Field Office of the Federal Bureau of Investigation (FBI) and the Brooklyn-based U.S. Attorney’s Office brought charges of illegal export of military technology against eight businessmen they had detained, among which were Russian citizens.

That same day, Sergei Lavrov announced that he did not see any link between the U.S. incident involving illicit microchip export to Russia and the U.S. presidential campaign. “I cannot see how the issue is in anyway linked to the campaign,” Lavrov said.

According to Vzglyad newspaper, U.S. Attorney Loretta Lynch stated that the detainees had been charged with shipping microelectronic components that were under “strict government control, given their potential application in various military systems.” Deputy Foreign Minister Sergei Ryabkov confirmed that the accusations brought against the group “were of a criminal nature and in no way related to espionage.”

Meanwhile, many experts in Russia have contested the Foreign Ministry’s take on the situation.

“Personally, I don’t really believe in coincidences, in randomness,” said Irina Yarovaya, chairman of the State Duma committee on security and counteracting corruption. “I’d say we still have to bear in mind that this espionage row – if it is a row at all, if the claims are actually justified – is taking place amidst a very tight presidential race in the United States.”

Director of the Institute for Political Research Sergei Markov believes that the campaign of Republican nominee Mitt Romney could be behind the affair. According to Markov, Romney could be using his connections within the intelligence community to undermine the lead of his rival Barack Obama, who advocates better relations with Moscow.

General Director of the Center for Political Information Alexei Mukhin shares this point of view. “Romney has attacked Russia as the number one geopolitical foe, and the main enemy needs to be demonized,” Mukhin said.

Who benefits from the scandal: Romney or Obama?

Contrary to Mukhin’s opinion, the director of the Center for Analysis of the World Arms Trade believes that the entire row benefits Obama. “There are certainly political reasons for this recent spy clamor, and they can be traced back to the election campaign. It has been timed to coincide with the start of presidential debates. Making the details of another espionage scandal public is in line with Barack Obama’s way of proving to the voters that he is committed protecting U.S. national security,” Igor Korotchenko told RIA Novosti.

According to Korotchenko, the case indicates that Obama has had to resort to administrative leverage in his campaign.

“With Romney pulling the anti-Russian card in his campaign and designating Russia as the number one geopolitical foe for the United States, Obama naturally had to respond with some anti-Russian move to bring conservative voters back on board,” Korotchenko said.

On a different note, as head of the Federation Council’s defense and security committee, Viktor Ozerov is inclined to believe that the spy scandal benefits the U.S. intelligence agencies. As Ozerov sees it, these agencies are pushing for another hike in their budget allocations, by reaffirming their importance not only in counter-terrorism operations but also in dealing with spies.

“If this is the case, the recent espionage scandal could reflect negatively on Obama’s administration,” Ozerov said. He also expressed the opinion that the case was unlikely to overshadow Russian-U.S. relations. “I guess we are in for a short spell of mutual accusations but, afterwards, the row will die down and be forgotten both in Russia and the United States.”

History of Russian spy arrests in the U.S.

According to Kommersant newspaper, CIA officer Aldrich Ames was arrested in February 1994. Ames had been a spy for the Soviet intelligence service since 1985 and managed to compromise 25 CIA assets. The former intelligence officer was sentenced to life in prison, while his wife was sentenced to five years.

In 1996, FBI agent Earl Edwin Pitts was arrested and accused of selling U.S. intelligence secrets to the Soviet Union and Russia for $224,000. Pitts was sentenced to 27 years in prison.

In October 1997, a group of agents was uncovered, including Pentagon attorney Teresa Squillacote (sentenced to 21 years and 10 months in prison), her husband and labor union representative Kurt Stand (17.5 years) and private detective James Clark (12 years).

The most recent major spy scandal broke out in June 2010. In various cities in the United States, 10 agents of the Russian intelligence service and long-time U.S. residents (Anna Chapman being the most famous) were detained. They pleaded guilty and were deported to Russia in exchange for four Russians who had been convicted of defection. Alexander Poteyev, the Foreign Intelligence Service handler for the 10 Russian agents, defected to the United States and was sentenced, in absentia, to 25 years in prison.

The story is based on materials from  Vzglyad and Kommersant.