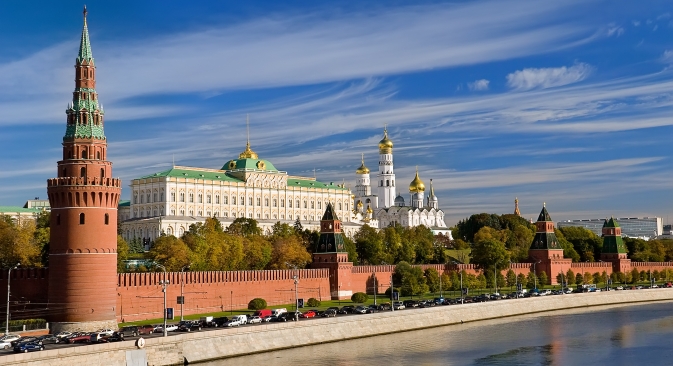 The Moscow Kremlin is one of the most popular destinations among foreign tourists. Source: Lori / Legion Media

If you have some free time during your trip to Moscow, a picturesque walk around the Kremlin is a great way to soak up Russian history and culture while enjoying the capital’s vibrant downtown scene.

The starting point of this walk is the Zamoskvorechye district (literally, “beyond the Moscow River”), one of the city’s loveliest  central sights and viewpoints. This area, once the headquarters of the invading Golden Horde, is packed with churches, cafes, restaurants and galleries.

See the map and keys here. Drawing by Natalia Milhaylenko

The elegant, neoclassical mansions across the road are part of Moscow State University, founded in 1755. Cross under the road and walk up Bolshaya Nikitskaya Ulitsa to reach the Conservatory [10], heart of many of the city’s musical traditions; concert tickets are often available for sale inside. The statue outside is composer Pyotr  Tchaikovsky, who taught at the new conservatoire from 1866 and wrote Swan Lake while he worked here; notes from six of his works are wrought into the fence around the monument.

Going over the bridge, into Zamoskvorechye again, you can see Zurab Tsereteli’s statue of a nautical Peter the Great.  You can stroll through the garden on the left and on into refurbished Gorky Park, now a riverside Wi-Fi paradise of outdoor art and yoga classes, frequented by everyone from grannies and hipsters to young families with strollers.