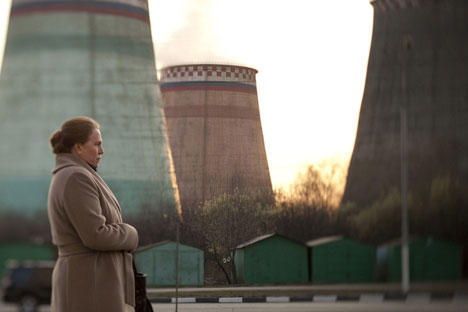 Elena took the Jury Prize in the Un Certain Regard section at Cannes in 2011. Source: AFP/ East News.

Russian prominent film director Andrei Zvyagintsev talks about his 'Elena', which is now shown in several cinemas in the UK and explains to RBTH why he decided to film a parable about decaying social links.

RBTH: What internal impulses led to the creation of Elena? 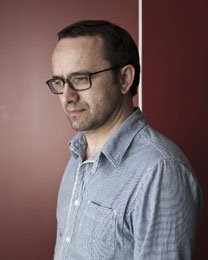 Director Andrei Zvyagintsev is most famous for three movies: The Return, which won the Golden Lion Award at the Venice Film Festival in 2003; The Banishment, which was nominated for the Palme d'Or in Cannes in 2007; and Elena, which won the Special Jury Prize in Cannes last year.

I remember well the moment when, holding the finished script in my hands, I glanced at a screen at an airport and there was a newsflash, just a few words and a number that told the story of two people: “Businesswoman from Moscow suburb commissions murder of husband for 40,000 roubles”. And it hit me then that the story of Elena is the story of the whole of society, the decaying social links, of violations to everyday life.

RBTH: How did the project evolve? I understand that the film was originally to be in English?

A.Z.: It started with a generous offer from an English producer with an ambitious project to bring together four English-language feature films and four directors from all over the world. He called it Project Apocalypse and offered us great leeway, financially and creatively. Having accepted the offer, my friend and co-writer Oleg Negin and I soon realised it should be not a disaster film with thousands of deaths, but an intimate story of a lost soul that people do not notice.

It didn’t work out as an English project and I looked for Russian finance. Before long I met producer Aleksander Rodnyansky and quickly built a rapport. We were on fire the day after he read the script. The text hardly changed when we transferred the action to Russia. Only Russian names, minutiae, some social nuances and slang appeared. The rest was as it was when first read by our English producer.

RBTH: What makes Elena different from your other films? Some see links with the social environment in this country? Or is it still basically a parable?

A.Z.: I hope that our story, despite its obvious Russian spirit, can claim a degree of universality and is therefore more of a parable. I think Elena reaches out to everyone, so is not peculiarly Russian. What makes it different from my previous films is it is set in the here and now: Moscow in 2011. Being set in the present, the film did not need any symbolic idiom. It is straightforward and simple.

RBTH: What did you and your cinematographer, Mikhail Krichman, set out to achieve, artistically speaking?

A.Z.: Nothing new. The tasks are always the same: to harmonize the visual sequences with the pace of the film. The challenge is always the same: to make sure no parts stick out, they are all in harmony and no element overshadows the another so a concentrated statement is achieved.

RBTH: The characters in the film, especially the husband, have prompted conflicting interpretations. Is he the victim or the instigator of the drama?

A.Z.: We are all victims of one and the same drama. We are at once the cause and consequence of all our woes. Would he have become a victim if Elena were different and she had made a different choice? No. So, to pigeonhole people like that is simplistic. It’s only in a court of law that a person can be a plaintiff or a respondent, but never both at the same time.

RBTH: Some perceived the portrayal of a lower-class family as a side swipe at poor people on behalf of the right-wing liberal bourgeoisie. Was it?

A.Z.: It is a pity many people tend to see things in terms of rich and poor; the bourgeoisie and the common people. I am amazed critics identify this as the core of the film, ignoring what to me is the main message. It is the story of the heroine’s inner state of her fall. It has become so commonplace that we have become inured to it. “Well, she killed him, so what? We want you to comment on the class divisions in Russian society.”