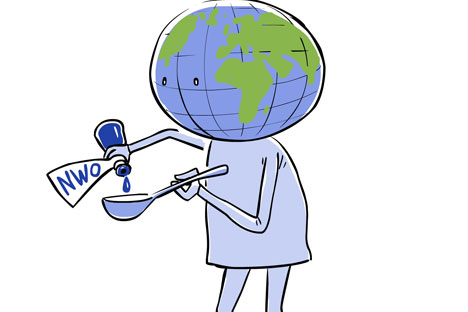 Global development processes are going through a transition phase, and so are international relations, according to the Russian Ambassador to the United Kingdom. 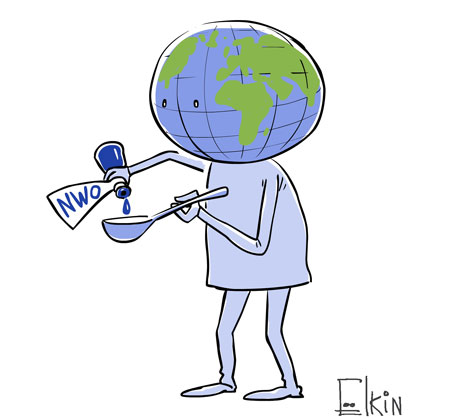 Click to enlarge the image. Drawing by Sergei Yolkin.

What we may be witnessing now is yet another change of epochs. This change also marks the completion of processes of various durations – from the Cold War and its intellectual and geostrategic momentum to the 500-year-long domination of the West in global politics, economics and finance.

What is happening now has clear causes. We shouldn’t panic when trying to respond to the current developments. We need to have a cold-eyed analysis in a broader historical context making use of the categories going beyond the narrow framework of the ideological discourse of the Cold War. History didn’t start in 1945, and neither did international relations. We can draw some really reassuring conclusions from this broader unbiased perspective and identify the real potential for convergence and synthesis in North Atlantic politics.

Russia and UK must work together in challenges times

Seeing things in a historical perspective is not just useful, but often imperative. Upsetting the European balance, which had secured peace in Europe for more than 40 years, the Crimean War started the countdown for the First World War and the tragedies that occurred in Europe and the world throughout the 20th century.

It paved the way for the aggressive nationalistic mutual demonisation of the leading European nations as an excuse for not only the war, but also the subsequent humiliation of the loser, including its territorial partition. Russia was followed by Denmark, Austria, France and, finally, Germany, which caused a collapse of the European and world order.

Karl Jaspers wrote in the middle of the 20th century that there could be two options for the world to continue: either a global empire or a world order. The developments of the past two decades make it clear that the former option is impossible, which makes the latter the only one worth pursuing.

History also shows that we shouldn’t take what we have for granted, especially the United Nations, which was quite wisely established to balance our multipolar world. The bipolar confrontation became a time warp. We can’t tear it all down to the ground the way Bolsheviks and Puritan fanatics before them wanted to; to build a whole new world from scratch while denying others their right of salvage.

The question is how the UN has managed to adapt to reality. However, the fundamental health of the postwar adjustment shouldn’t be questioned. This includes the principles of the UN Charter and international rule of law.

The main feature of the current epoch is the variety of scenarios, according to which things can develop, and the lack of definiteness, hence the need for diplomatic instruments to pursue flexibility. There are no more reasons to have the cumbersome military and political alliances of the past.

A network of multivector diplomacy is a good alternative. It has been Russia’s official strategy since the Foreign Policy Concept was adopted in July 2008. Since then, this idea has gained public support, including in the United States and the UK.

An essential common denominator is for all countries to make development challenges their chief priority. Everyone agrees that sustainable socioeconomic (as well as other) development is a key foreign policy resource. It should become a rallying principle, because unlike in the colonial epoch, global development can’t remain a zero-sum game.

The new challenges and threats emphasise the need for bringing development levels closer, the more so because the growth potential of large dynamic developing economies and ordinary developing economies is to become the main source of the economic revival of the industrially developed nations.

To effectively address the insecurity issue, one needs to overcome the downturn and restore its paying capacity.

Globalisation (and Gordon Brown was speaking about the threat of de-globalisation) calls for a new level of understanding. So far, unfortunately, it has addressed challenges in the same way empires did in the past, namely, it has exploited development potential in a zero-sum game.

Only “capital-intense” social groups became winners, which impaired social integrity. Incomes on investments were essentially removed from the country, disregarding national development priorities. It appears that this globalisation pattern became one of the reasons behind the current crisis in the West, the kind of crisis that virtually eliminated the middle class in one European country.

The “new” players will get what they want sooner or later, albeit based on their own development progress and benefiting from other nations’ development experience. A challenge for “old” players is how to formulate their foreign policy objectives in a way for them to be compatible with the interests of the international community as a whole.

This would be possible if all nations were making concerted efforts to tackle the entire range of international problems, including the form of collective leadership of the leading nations of the world. This mutual engagement envisions the phasing down of unilateral response, let alone forceful response.

The article is based on a speech given at the recent conference Global Power Shifts in Ditchley Park.