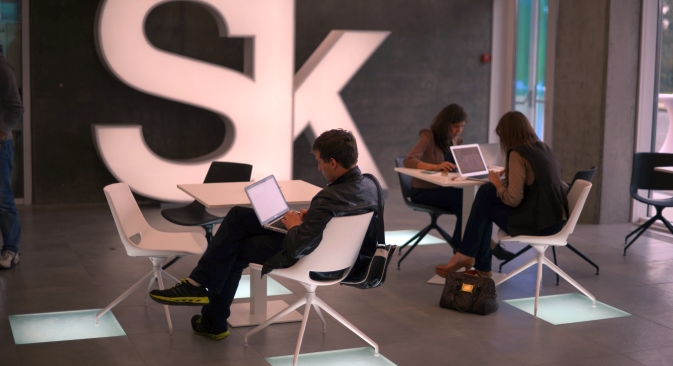 In 2010 some 146,000 foreigners studied in Russia, according to Russia’s Statistics Service. Source: RIA Novosti

Russia is becoming an increasingly popular higher education destination, accounting for 4 percent of all tertiary students pursuing their studies abroad. Those are the most recent findings from a survey by the OECD Directorate of Education.

In 2010 some 146,000 foreigners studied in Russia, according to Russia’s Statistics Service.

“Education is relatively cheap here, I pay $3,250 a year,” said Harbinger Singh from Malaysia, a student of Volgograd State Medical University in southern Russia, interviewed by The Theory and Practice education portal. “In Malaysia a year in a medical school costs about $20,000 on average.”

However, Singh said that he receives little practical experience in Russia. “In Malaysia you learn by treating a patient, in Russia you usually only talk to patients, which is a big drawback for me,” Singh said.

Researchers point out no or nearly no programs are offered in English and that tuition fees for international students are generally higher than for domestic students.

Russian colleges are usually to be found somewhere in the middle of international ratings, one of the main reasons for this being insufficient research opportunities. British newspaper The Times put Moscow State University in the top 225 universities in the world in its prestigious annual ranking, with Moscow State Engineering Physics Institute making it into the top 250.

Russia’s Education and Science Ministry is reviewing colleges’ performance, and plans to close or reorganize the most ineffective ones. Already, it has merged 30 out of some 1,100 universities in the country to create nine federal universities, which are planned as regional centres of excellence.

One such university, the Far Eastern Federal University, was built in just three years as part of preparations for the APEC summit hosted in the Pacific port of Vladivostok in September 2012. Its campus stretches across 200 hectares, or 280 soccer pitches.

The university has already partnered with some 30 colleges in China, Japan and South Korea in student exchange programs.

Other priority projects are the Skolkovo School of Management near Moscow, one of 16 colleges in Russia that offers MBA courses, and the Skolkovo Innovation Center, sometimes referred to as Russia’s Silicon Valley.

This year 20 Masters students have been enrolled at Skoltech, with this figure planned to rise to 1,200 by 2018. Last month Skoltech signed cooperation agreements with Intel and Russia’s defense industry companies, Uralvagonzavod and Oboronprom, to jointly develop new materials and technology.

Professor Raj Rajagopalan, Dean of Faculty at Skoltech, who helped the King Abdullah University of Science and Technology (KAUST) in Thuwal, Saudi Arabia during its formative stages, said that Skoltech could learn from the Saudi university’s best practices.

“The [King Abdullah University] model is somewhat similar to ours. It’s a graduate-level university without traditional departmental and college boundaries, and [it utilises] international alliances as tools for developing [its] campus and operations, international faculty and students,” Rajagopalan said in e-mailed comments, adding that both universities operated as private educational institutions amid a “government-funded and government-controlled university ecosystem.”

“So we can learn from what has or hasn’t worked for them and why those techniques have been successful,” he said.