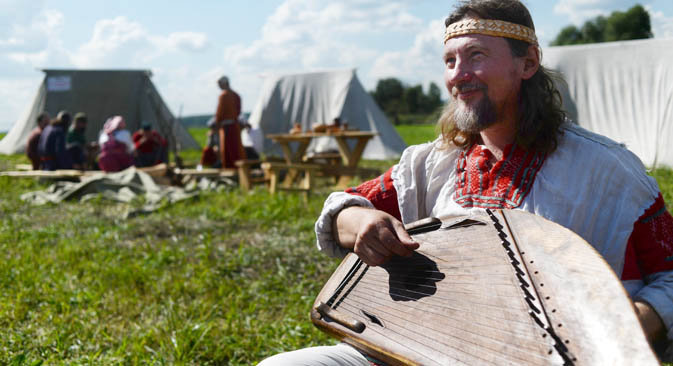 Moscow officials: "Many people think that it is very difficult to become part of a re-enactment—that, as a minimum, you need a degree in history and a ranking in sport…" Source: ITAR-TASS

There are dozens of re-enactment clubs across the country with up to several hundred members. They are disciplined, coached and militarily-trained, able to navigate the local terrain very well. They are not members of some secret detachment, but historical re-enactors: people who, in their spare time, recreate great battles of the past with striking realism. Now they will have their own legitimate site in Moscow.

A 260-acre area known as the Zhivaya Istoriya (Live History) theme park in the Rumyantsevo district that has recently become part of Moscow, has been set aside for historical re-enactments. Ornamental buildings and fortresses will be built on the site, and entrenchments, trenches, and embankments will be dug to re-enact military battles. Contemporary structures are also planned: parking lots, hotels, shops, a café and even an aqua park.

The grand opening of the park is scheduled for 2018, but the first event took place in August 2013—the Streletskaya Sloboda (Marksman Settlement) festival organized by the Russian Military History Society. A fort was built on the site, which will remain there for future re-enactments. Several military history clubs from around the country that specialize in the “Time of Troubles” of the 17th century attended the event. The 700 participants represented cavalier, infantry and artillery forces. 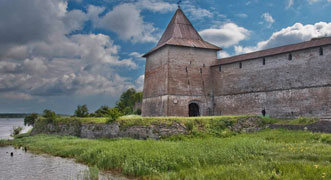 In the 1980s, re-enactments were the domain of individual, eccentric history enthusiasts. Over time, however, it has begun to emerge from the underground. The number of official military history clubs in Russia is growing, and local authorities evidently promote these activities.

Vladimir Zhivkin, head of the department in charge of the development of new territories in Moscow, says: “We are prepared to support any social, cultural undertaking. Our department coordinates proposals that we receive from land-owners for future parks—from a ‘Russian Disneyland’ around the theme of Russian fairy tales, to a dry ski-slope. The development of new homes is kept to a minimum, because these parks need attractions so that people can work and rest close to their homes.”

“Big re-enactments are organized so that we can meet people, and so we can compete to see which re-enactment was the best, the most accurate, the most spectacular, and to recruit people to our cause. This requires large sites, such as the Zhivaya Istoriya park. A flow of new members is required to ensure the survival of the club. Many people think that it is very difficult to become part of a re-enactment—that, as a minimum, you need a degree in history and a ranking in sport…This all looks impressive enough, but we are prepared to teach and coach anyone to the required level if they are interested and enthusiastic,” says Alexei Novikov, the founder of the Shatun military history club that participated in the Streletskaya Sloboda festival.

“This will be a very interesting place: You could create a whole branch of event tourism here, with several events a month, changing the theme every year. Then regular spectators would attend and they could actually watch living history! There will be demand for this, as there has not been anything like this in Russia up to now, whereas the Kievan Rus park in Ukraine, for example, is flourishing. Smaller in scale and ideas, the ancient structures and the opportunity to practice trades in this park still attract a large number of visitors even from Russia,” Novikov says.

Re-enactment is an international trend. The British Jousting Association and the Swiss club, St. George’s Regiment’ (1988), are respected for their serious approach to history. In 1985, a professor of history and law at Sorbonne led the first Napoleonic re-enactments in France. The SCA (Society of Creative Anachronism), which unites over 40,000 people and consists of rival teams, has existed in the United States since the 1960s, in place of individual clubs. Wherever there are ancient castles in France, England, Spain, Germany, Ireland and Switzerland, there is a “medieval Show.” Now Russia will have its own place where history comes alive before your eyes.