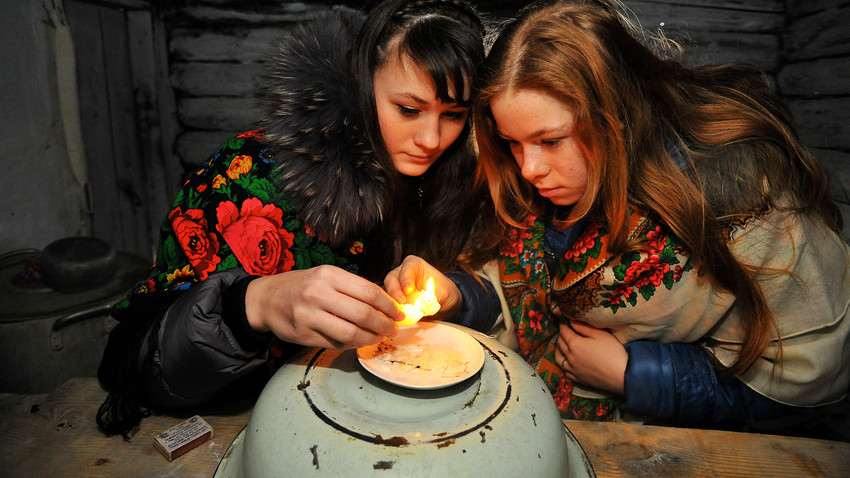 In Russia, the period from Jan. 6 to Jan.19 is considered the best time to predict the future.

The Russian Orthodox Church celebrates Christmas in accordance with the Julian calendar, or "the old style", as it is known in Russia. That calendar is about a fortnight behind the modern, Gregorian calendar. So while a majority of the Christian world is celebrating Christmas on Dec. 25, Russians will wait until Jan. 7.

Yet, many centuries ago there was no time lag between the two calendars, and the Russian Christmas roughly coincided with the winter solstice, as in the rest of Europe.

It is from those times that we can trace back some of today’s Christmas customs to some ancient traditions originating from the pre-Christian cult of the sun. The most widespread traditions came from those ancestors who worked the and forecasted the weather and harvest on the strength of the weather during the Christmas season.

But in order to get a more accurate picture of the upcoming year, peasants –in defiance of a ban imposed by the church – resorted to fortunetelling. The longest night of the year seemed an appropriate time for that, since, according to Slavic beliefs, it is on that day that evil spirits were at their most active and willingly came into contact with people. 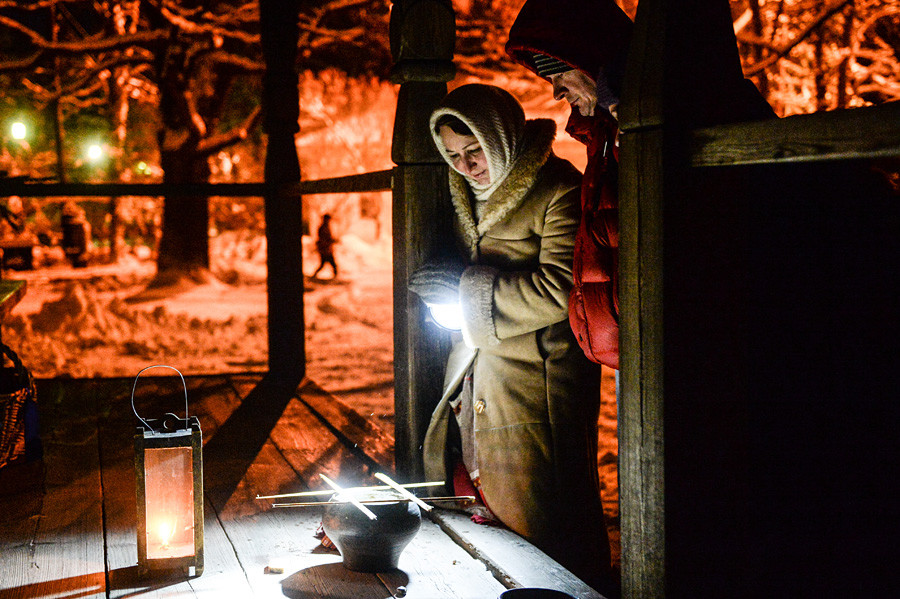 And although answers to the posed questions were expected to come from pucks, hobgoblins and house elves, the incantations were often addressed to Christ, the Holy Virgin various saints.

Fortunetelling could be about anything: prosperity, good luck, marriage in the coming year and so on. So types of divination were most diverse too: from divination by dreams and various objects to real sorcery with animal sacrifices at crossroads.

The variety was the greatest when it came to matrimonial divination, which was not at all surprising. Among other things, Christmas marked the end of 40 days of fasting, during which weddings were forbidden, that is why Christmas was immediately followed by a church "wedding season."

So there was every reason to try and find out all the truth about one's future husband during Christmas Eve fortunetelling.

Perhaps the most bizarre way of finding out what one's future husband would be like went as follows: At midnight a girl had to go to the bathhouse with her head covered with her skirts and her buttocks left bare.

She had to enter the bathhouse with her back first, saying, "A rich man, slap me on the bottom with your hairy hand." If the hand that touched her was indeed hairy, that promised a rich husband; a hard hand with no hair promised a poor and harsh man, while a soft hand meant that the girl's husband would be a mild man.

Along with pagan rites, Christmas was very much about Christian traditions too. On Christmas Eve, fasting was the strictest: it was forbidden to eat anything until the first star appeared in the sky and the food was very basic and meager, consisting just of millet porridge.

That tradition went back to the star of Bethlehem, which announced Jesus Christ's birth. To remember the gifts the shepherds brought to the manger where Jesus was born, some porridge and soaked grains are also left on hay under the icons in the house. 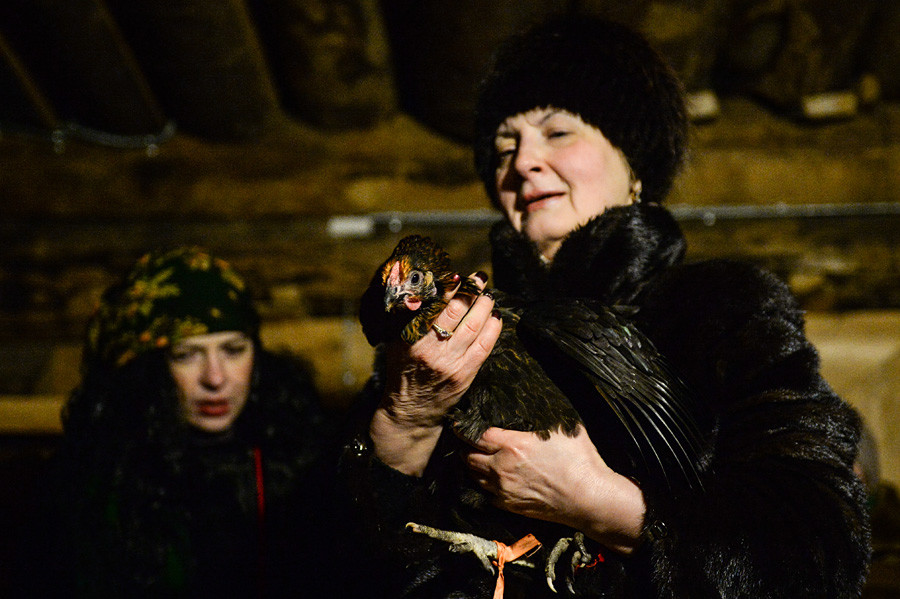 Another tradition strongly associated with Christmas is almsgiving. That custom goes centuries back and has traditionally involved people from all classes, from the tsar down. In the 16th to 17th centuries, the tsar would personally visit prisons and almshouses to give alms to their inmates on Christmas Eve. Knowing that the tsar will be passing and giving out money, beggars would gather from all over Moscow to be there.

The Christmas service in Russian Orthodox churches starts in the evening and lasts until early morning. When it is over, believers gather for a festive meal with their family and friends. Throughout the day, people's houses are open to uninvited but no less welcome guests, including carol singers.

Carols were always very popular in Russia. They are intended to celebrate the birth of and to wish happiness and prosperity to the host. In return, hosts – depending on how much they could afford – would reward carol singers either with money or with pies. It is said that even Peter the Great once accompanied carol singers to boyars' and merchants' houses to celebrate Christmas Day.

Christmas festivities last 12 days — known as the Yuletide — until the next big church holiday, Epiphany.