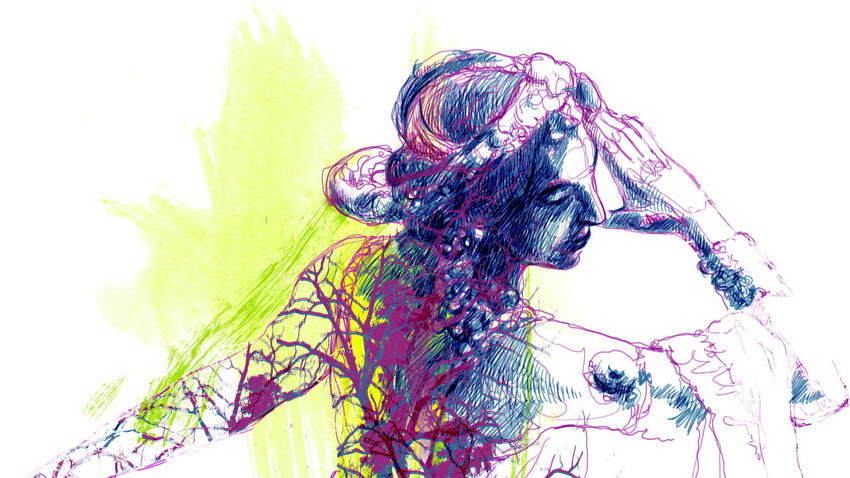 Drawing by Natalia Mikhaylenko
An American dancer with a very Russian soul.

There was something very Russian about the celebrated American dancer, Isadora Duncan (1877-1927). Not just because of a love affair with Russian poet Sergey Yesenin that resounded around the world.

Nor was it because she often spent time in Soviet Russia and danced for the sailors of the revolution. She lived her whole life as a dance – bold, reckless and precipitate. And that’s a very Russian thing to do.

Looking at Isadora, not even the wildest fantasist would have imagined she was a dancer. She was fairly stout, her build nothing like a ballerina’s. She could not dance en pointe. This was offset by a plasticity that appeared to have been modeled on the dancers of Ancient Greek .

This likeness was not fortuitous. Isadora had thoroughly researched Greek and Italian dances. Her obsession with Greece reached absurd proportions. She would even go out and about in a tunic.

Nowadays, most likely, no one would even look twice. But imagine Europe at the close of the 19th century: prim and proper ladies and top-hatted gentlemen, bowing to one another at a distance of 50 yards.

And there was Isadora – disheveled, barefoot and dressed like a Grecian dancer. When she went to Greece like that, she was very nearly dragged off to the police station as she walked down the street in Athens.

Isadora was not only invited to perform in theatres but at society functions too. She became famous for dancing naked. For her, this symbolized freedom from convention. Casting off her clothes, returning to her natural state.

But few people grasped the concept and most were convinced they were simply watching a strip-tease. Interestingly, her best-known successor was the legendary spy, Mata Hari. She became a dancer essentially under the impression of Isadora’s dance performances.

Naturally, she danced naked. When she wasn’t engaged in espionage, she would mimic Malay and Indian dancing, but from today’s standpoint, it was stripping, pure and simple.

It cannot be said that Isadora deliberately set out to shock. It was just that her emotions overwhelmed her. In the minds of the viewers of the day, the spiritual and physical were kept strictly apart. Art was art, and sex was sex. In Isadora’s mind, however, they were inseparable.

The story of her relationship with Stanislavsky is telling. She admired his productions and after one performance went to see him and said that she would like to dance for him naked. Stanislavsky was unfazed. “Most interesting, no doubt,” he said, “and something I have to see…with Mashenka, my wife.”

Unlike Isadora, Stanislavsky was not a person of extremes, of the abyss, of impetuous decisions. The cultural tradition he came from was also fairly well balanced, sober and restrained. As a result, a collision that might have led to a relationship full of drama and a frantic whirlwind of events ended in just a funny story.

Real drama awaited Isadora later on, after the revolution, when she opened a school of modern dance in Moscow and began to put on performances. It was at one of them that she met Sergey Yesenin. Isadora was dancing to “The Internationale.”

It’s hard to imagine the workers’ reaction, most probably one of amazement. And with good reason: leaping about on stage was a half-naked woman of a certain age, brandishing a red scarf. What on earth could it all mean? But there was one man at the event who responded exactly as he should. 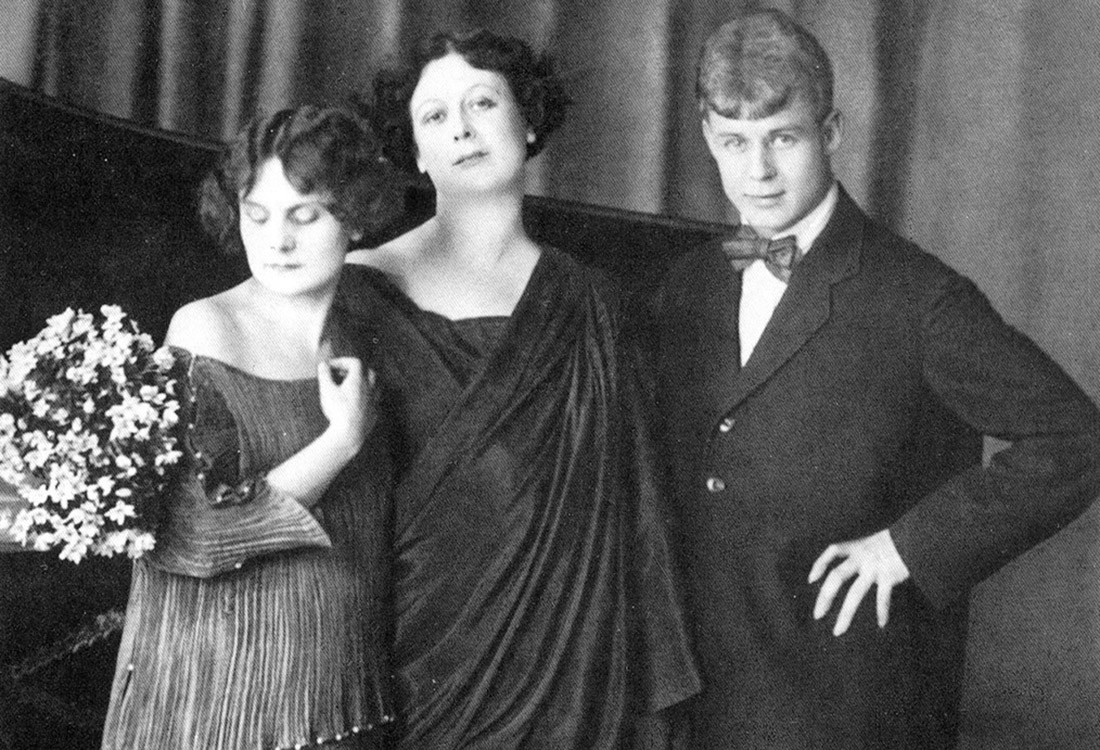 The poet, Sergey Yesenin, knew immediately that he had to do something. Something really striking and expressive. He swore loudly, said, “Everyone, out of the way!” and performed a wild, foolish but passionate dance for Isadora. Then he fell to his knees. Isadora stroked his head and said, “Angel”. She looked into his eyes and said, “Devil!” And so they declared their love.

How they got along is a mystery. She knew scarcely any Russian and he knew scarcely any English. There is no doubt that she did not understand his poetry. Yesenin, however, like Isadora herself made no distinction between life and poetry. Poetry was his life just as her life was dance.

After they married, he took the double-barreled surname Duncan-Yesenin. At home, he called Isadora Dunka while she, respectfully, called him Sergey Aleksandrovich. Everything went swimmingly. They even performed together. She danced. He read his poetry.

Then, Isadora took him to Europe, America, the big, wide world. No one knew Yesenin there and he was ill at ease. Angst-ridden, he turned to drink. He gave Isadora’s clothes away to the poor, created scenes in restaurants.

When the newspapers wrote that the great Isadora had arrived with her young husband, Yesenin flew into such a rage he threw a boot at her. Unable to put up with his behavior, Isadora left for Paris alone.

“And good riddance, you old hag!” said Yesenin. A few weeks later he sent her a telegram: “Love someone else. Married. Happy.” He wasn’t happy, of course. His personal life was a mess. He was drinking more and more, talking to the “black man”, the devil that lived in his imagination, and gradually going out of his mind.

Soon after their separation, he killed himself. It was how the life he led was always going to end — in tragedy. Everyone knew that.

Isadora survived him by two years. She danced her last dance in Nice. She got into a car, her famous red scarf her neck. She said to her companions, “Farewell, my friends, I go to glory!”

The car set off, the scarf became caught in the spokes of the wheel and strangled her. If Isadora’s claim is to be believed, she began to dance in her mother’s womb and so her life was one long dance. She danced from beginning to end.