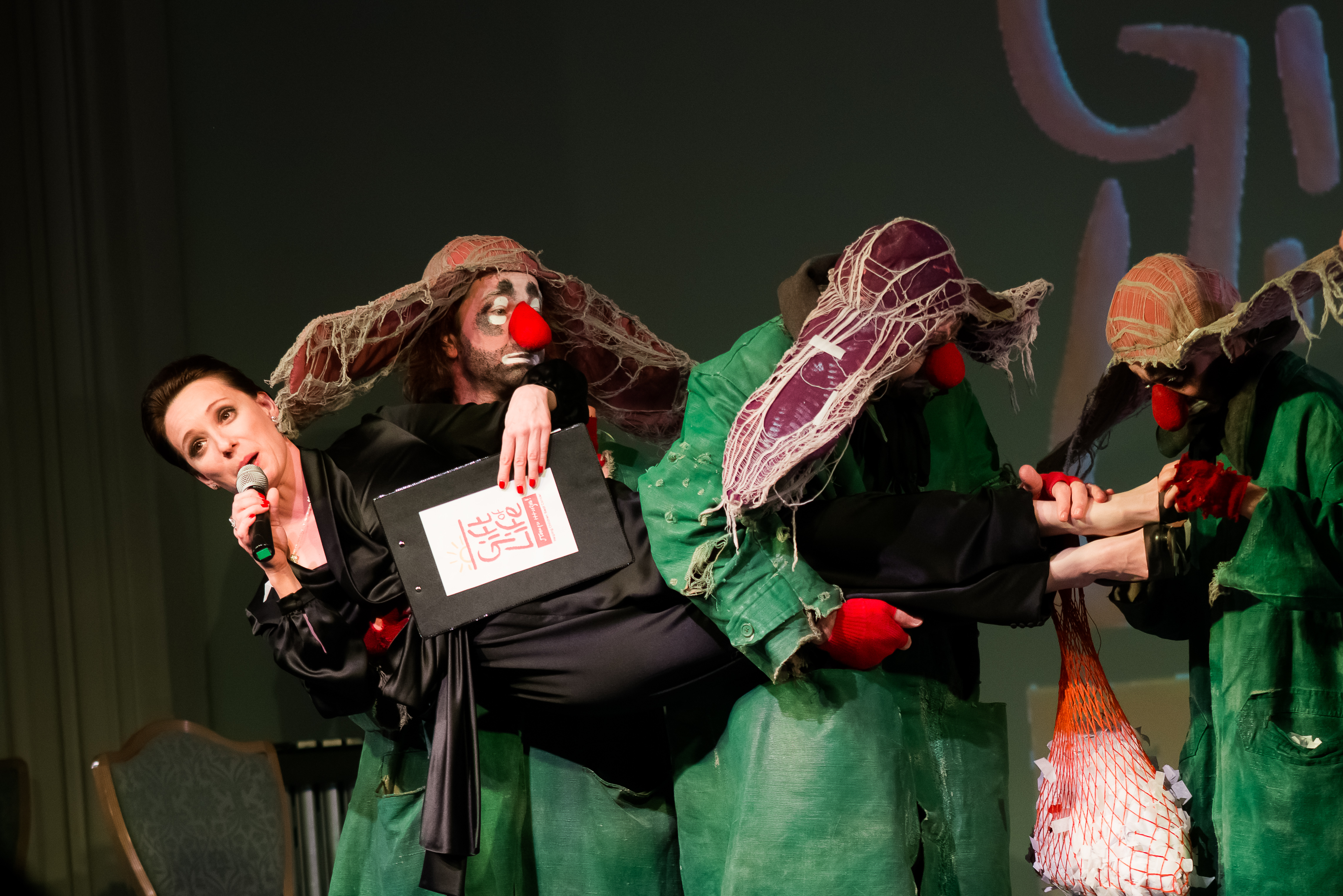 Katya Nikitina / Press photo
London is in the throes of a boom in its Russian cultural life, with its growing Russian population resulting in a surge in the numbers of balls, exhibitions, concerts and other events. Additionally, the year 2016 has been designated the UK-Russia Year of Language and Literature.

As a wave of middle-class immigration from Russia bolsters the British capital’s established Russian community, London is witnessing a flowering of Russian cultural life. Journalists from London-based Russian-language newspapers barely have time to cover exhibitions, concerts, presentations, performances and receptions, and to interview Russian businessmen who have decided to try their luck in the British market as well.

"Last year alone, two glossy magazines in Russian were launched, the Open Russia club opened, the Arbuzz Lectures project started running, there was a surge in the activities of the Russian Political Club, the Pryamaya Rech (Direct Speech) lecture program, charities, there were concerts of popular music groups, business conferences at the London School of Economics and University College London," she said.

The British capital annually hosts two Russian balls, and even though tickets cost a few hundred pounds, there is no problem selling them. In October, an exhibition of work by Russian artist Erik Bulatov met with great success, while the Victoria and Albert Museum hosted an exhibition devoted to the history of Russian avant-garde theater. And that's not counting traditional tours by the Bolshoi, the annual Maslenitsa and Slovo festivals.

All costs associated with the organization of the event were paid personally by billionaire businessman Roman Abramovich as well as by the Kaspersky Lab and Aeroflot companies. During the evening, the foundation managed to raise 400,000 pounds ($575,000) to help children.

Finally, the undisputed "Russian" event of the year was the Cosmonauts exhibition at the Science Museum. Russian President Vladimir Putin and British Prime Minister David Cameron called the exhibition an example of positive cooperation between the two countries.

Nikolai Borisov, sales manager of the Soho restaurant Jean Jacques, drew attention to the changing social composition of "Russian London." Earlier, it was mainly wealthy Russians and their families who came to London, but now, according to Borisov, the British capital is seeing an active influx of middle-class Russians – and not only from Moscow and St. Petersburg, but from other cities as well. 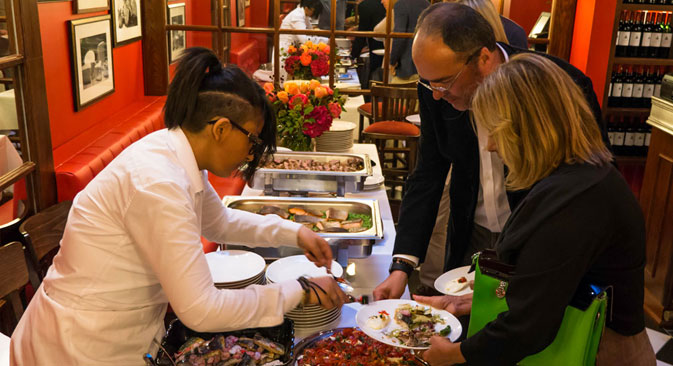 Jean-Jacques restaurant: more borsch on the menu in London

"London, indeed, has started to host more events for the Russian-speaking audience, and this is due, I believe, to the fact that the Russian diaspora has been actively growing lately," said Nonna Masterkova, director of the Calvert 22 non-profit foundation.

In a highly competitive environment, the main factor for success, and a means of attracting attention, is new ideas.

"In general, as a foundation working with modern Russian culture for Western audiences, we get a bigger audience, but I would link it not only with the interest in Russia, but also with the search for new formats that will allow us to talk about creative projects from the region," said Masterkova.

According to Nikolai Borisov, the Russian boom is set to continue.

"I believe that the boom will continue, and that centers of a new wave of Russian intellectual immigration – London, Prague, Riga – will emerge. It is for a reason that the BBC shoots a TV series based on [Russian author Boris] Akunin, makes a film about the history of the Romanov dynasty, it is for a reason that the premiere of [BBC TV series] 'War and Peace' has attracted so much attention," he said.

According to Russian Gap editor Nikitina, events take an entirely different scale when they involve the British.

"The Cosmonauts exhibition at the Science Museum, the Sots Art and Pop Art exhibition at Saatchi, the tours of the Vakhtangov Theater and the Dmitry Krymov Laboratory at the Barbican are already international-level events, where Russian culture and Russian achievements lose their parochialism and are perceived in the context of world culture," she said.

UK-Russia Year of Language and Literature

The year 2016 will be rich in "Russian" events as well. Hermitage director Mikhail Piotrovsky has said that the St. Petersburg museum plans to bring some drawings by the 18th-century English landscape designer Lancelot "Capability" Brown to London in April.

At the beginning of spring, London will host the next Maslenitsa festival, organized by Ensemble Productions, which is expected to be bigger this year than in the past.

Finally, 2016 has been declared the UK-Russia Year of Language and Literature, with a program featuring a great number of events, evenings, exhibitions and poetry readings, which will further diversify "Russian London's" already diverse cultural scene.

According to the Russian Embassy in London, the Year's official opening will take place on Feb. 25, and will be marked by a concert by Russian violinist Vadim Repin at the Royal Festival Hall featuring the only performance of a new score for the 1927 silent film AnnaKarenina, starring Greta Garbo. The event will be attended by members of the British royal family.